Well, it wasn't really a crash, more of an emergency landing, but let's adopt a little of the comics' drama for this title!

I was on another mission recently, looking at The Heritage of Shelby County [1999] in search of some history of Siluria, and ran across this fascinating tale.

"Once a small single engine airplane, piloted by the author of a comic trip, developed problems and made an emergency landing in Roy's field. The ground was soft and the wheels lodged in the dirt causing the plane to upend. The pilot was not seriously injured, His comic strip was about a police detective, Dan Dunn, and appeared in the Birmingham newspaper. Shortly after the plane accident Dan was chasing a villain on top of a freight train and commented that he would catch the rogue before they reached Siluria."
--Jerry and Alice Vandiver, entry on Siluria, p. 29

According to the entry on Siluria by the Vandivers, "Roy" was Mal Roy who owned property and a store near Thompson High School. Buck Creek, a tributary of the Cahaba River, flowed through his property. That school opened in October 1921.

So who was Dan Dunn??

In September 1933 Dan Dunn began as a daily comic strip and eventually appeared in 135 newspapers. A color Sunday strip was soon added by the Publishers Syndicate distributor. Dunn began life in a comic book issued in May of that same year. That one-issue comic is considered the first U.S. comic with original material ever published.

In 1936 two Dunn stories were used in a pulp magazine. In the following year he appeared in one of the Big Little Books from Whitman Publishing. Many of the comic strips have recently been reprinted.

The fictional detective was created by Norman W. Marsh and probably influenced by the success of Dick Tracy comics. Marsh had worked as an art assistant to Chester Gould, Tracy's creator. Marsh wrote and drew the Dunn strip until 1942, when he joined the Marines. After the war he created two even more obscure strips, Hunter Keene and Danny Hale.

A 1952 newspaper article about Marsh gave some more background on the man. "The cartoonist's own life has been at least as adventurous as his hero's. He served in the Marine Corps in both world wars, enlist­ing at 16 in the first and com­manding a line company in the second. In the rest of his 51 years he has worked as a prizefight manager, sailor, pilot, speculator and detec­tive."

The 1940 U.S. Census finds Marsh living in Evanston, Illinois, with his wife and daughter. His profession was listed as "cartoonist" and his birth year "about 1901." The 1952 newspaper article gives his address as 1234 West Lake Street in Chicago. 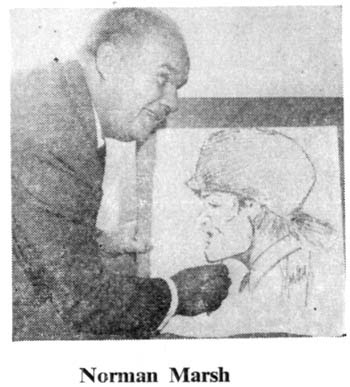 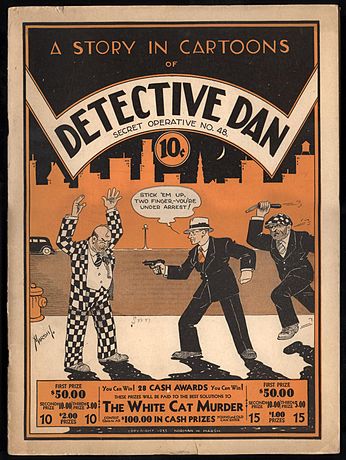 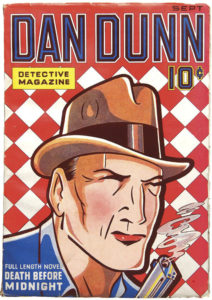 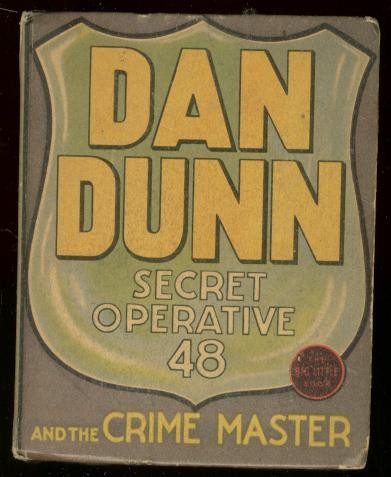