In May 2016 daughter Becca and husband Matt Leon moved to Edmond, Oklahoma, so he could start his new faculty position at the University of Central Oklahoma. Dianne and I went along for the move, and as a result of that trip I posted a blog entry on Creek names that had followed Native Americans on the Trail of Tears from Alabama to Oklahoma.

Dianne and I recently made a trip through Edmond to Colorado Springs to visit her father. In this post and two more I'm sharing some of the photos I took in Oklahoma, Kansas and Colorado. Bear with me, and in the final post there are several Alabama-related payoffs! We drove to Edmond on a Friday. Here's the son-in-law and daughter as we dined alfresco for lunch the next day. Son Amos flew into Edmond Friday night from Baton Rouge so he could join Dianne and I for the drive to Colorado Springs. So except for Dianne we were all Alabama natives in Oklahoma!

That Saturday afternoon we all walked around downtown Oklahoma City in the area where Becca works for the Parks and Recreation Department. We spent some of that time at the Myriad Botanical Gardens which was well worth the visit! 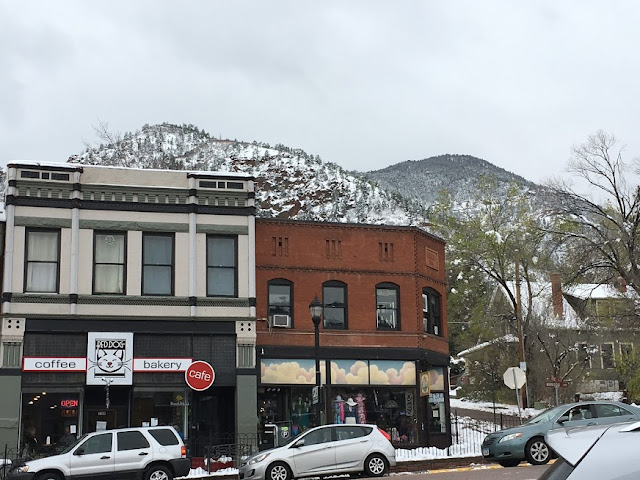 I'll be discussing some photos from Kansas and eastern Colorado in the next two posts. While Dianne, Amos and I were in Colorado Springs we visited Manitou Springs, a nearby hamlet nestled at the foot of the Rockies. In contrast to that warm day in Oklahoma, the Colorado Springs area presented us with five or more inches of snow a couple of days after we arrived. Manitou Springs is full of shops, art galleries, and restaurants to keep you busy when you're not looking at the mountains. 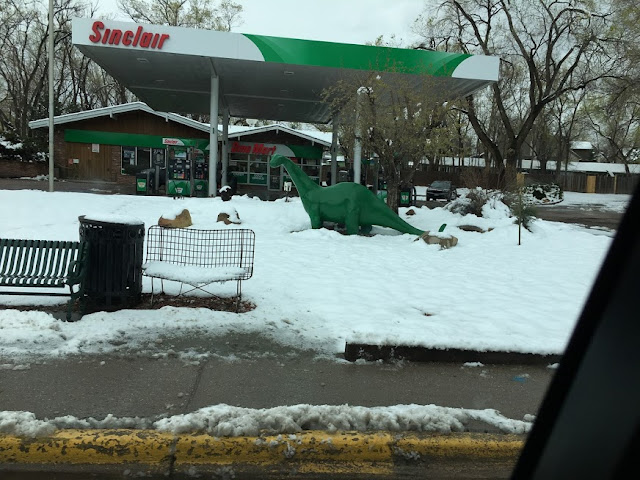 One of our favorite landmarks in Manitou Springs is this Sinclair station and its dinosaur. 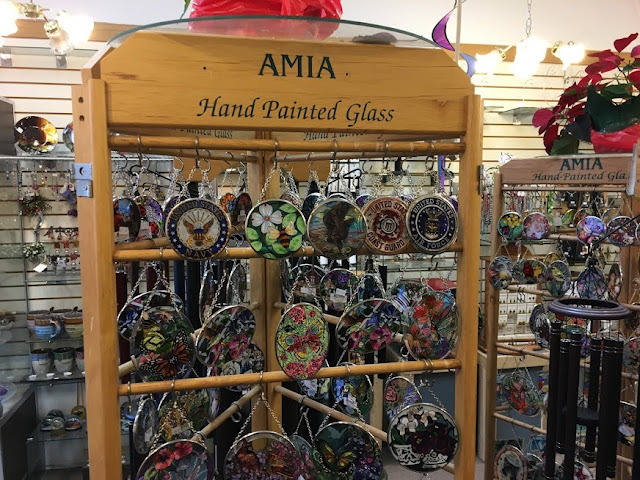 For more than 50 years my mother, Carolyn Shores Wright, has been painting, mostly in watercolors. Many of her works have been licensed for prints and other objects. While in Manitou Springs we went into The Taos Maos shop and found one of several stained-glass sun catchers made by Amia from her work. Mom's an Alabama native too, so there you go. 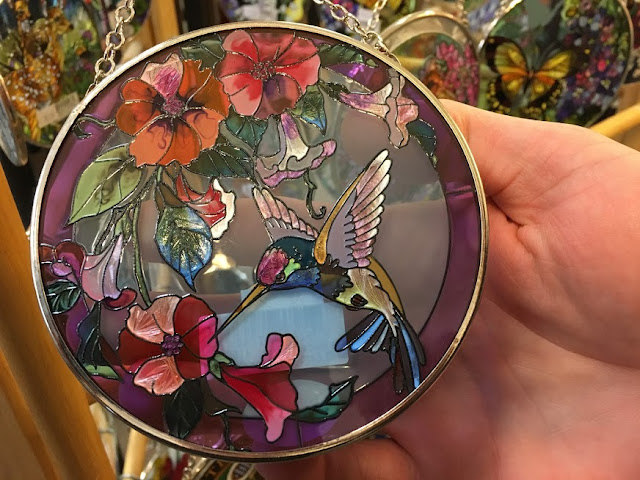 Over the years we've run across mom's work or items licensed from it at numerous places ranging from J.C. Penney to Cracker Barrel and Disney World.

Her original watercolors, prints and other items are sold on ArtFire and Etsy. If you are ever in the Pelham, Alabama, area, her work is also available at Encore Resales and Vintage Interiors. 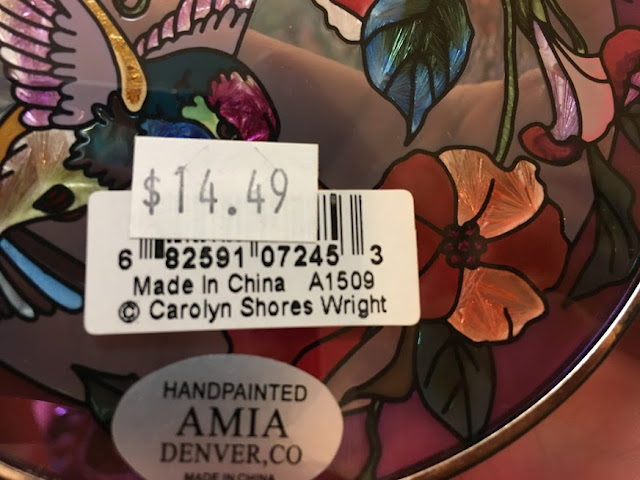 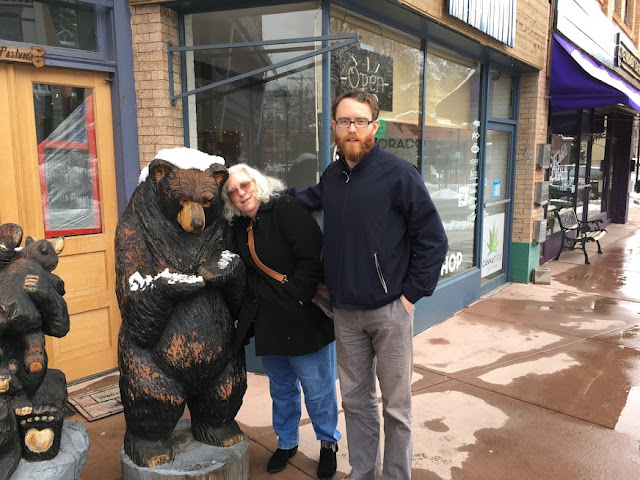 Here are Dianne and Amos clowning around with a bear in Manitou Springs. 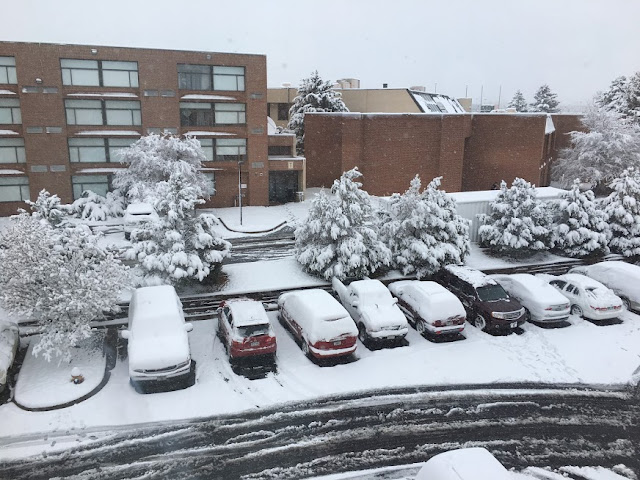 This sight greeted us outside our hotel on Wednesday morning. 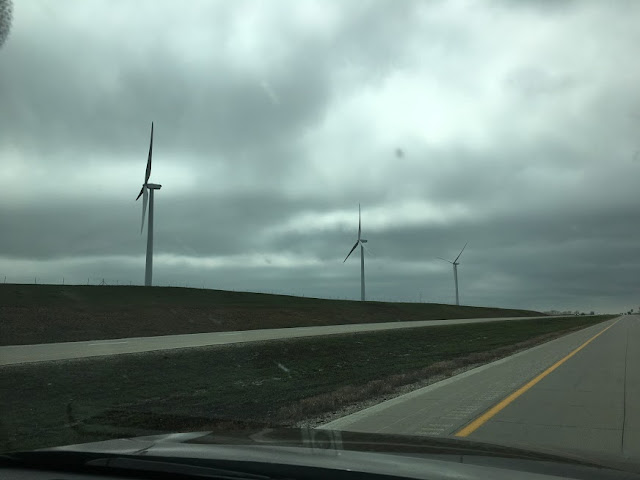 And now for a taste of things to come. Here are a few of the many windmills we saw driving across Kansas and eastern Colorado along I-70. Did you know that part of the country is really flat???
Posted by AlabamaYesterdays at 10:25 AM