These AlabamaYesterday wanderings often take me to some state connection far away, and this post is another example. I recently stumbled across the town of Alabama in Genesee County, New York, so let's see what's going on there.

Incorporated in 1826 as Gerrysville, the area took the name "Alabama" two years later. That 19th century account previously linked claimed that the word means "Here we rest." The place had almost 1900 people counted in the 2010 U.S. Census, a figure that has remained about the same since 1840. According to Wikipedia, "sour" spring water available in the town was bottled as medicine in the 19th century. Two hundred people a day were said to visit the three main springs during their heyday. The Spring House Hotel served visitors until it burned in 1914. Alabama is now located in the Iroquois National Wildlife Refuge.

In New York state, towns are a primary municipal corporation operating the main functions of government within each county. There are 932 towns in the state. Each town can have within it boundaries villages and hamlets or some portion thereof. Communities within Alabama include the hamlet of South Alabama and the former hamlet of West Alabama.

This arrangement produces such businesses as Alabama Archery, Alabama Holley Farm, and the Alabama & Basom United Methodist Church. There is also the Alabama Hotel; their wings were praised by Spiro T. Agnew during a 1968 presidential campaign visit.

How this town in New York acquired the name of a state only nine years old [eleven if you count the Alabama Territory] remains a mystery. The territory and state were named after the Alabama tribe of Creeks who lived in the southeast until moving into Texas in the late 18th and early 19th centuries. The tribe's name was interpreted to mean "Here we rest" until the 1920's. At that time research by Thomas Owen, director of the Alabama state archives, demonstrated that the word was a combination meaning "vegetation gatherers."

An 1897 newspaper article "Towns Named after States" listed "Alabama" in New York and Wisconsin. I guess I'll have to investigate Wisconsin next.

An extensive historical timeline for Alabama Town can be found here. 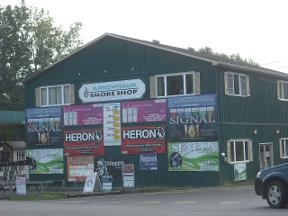 These businesses are located in Basom, a community in Alabama Town. 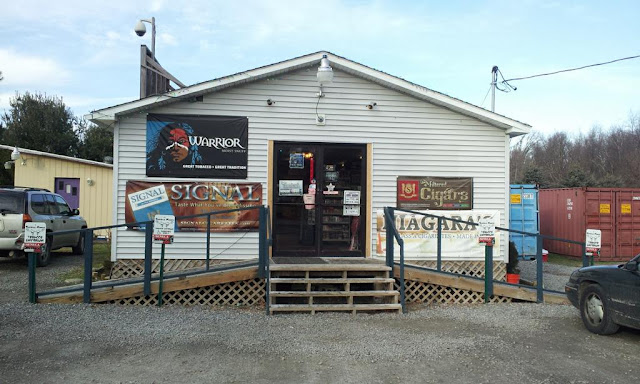