Sometime in the mid-1960's my parents and dad's parents bought a lot together on Weiss Lake in Cherokee County. The lake spreads over 30,000 acres in both Alabama and Georgia and was created by Weiss Dam which Alabama Power completed in 1961. The dam and lake are named after a company engineer, Fernand C. Weiss.

At the time there was little development around the lake, and dad and pawpaw proceeded to build a cabin on their property. Since he was retired, pawpaw did much of the work, and dad would go down on weekends to help and bring supplies he purchased. I remember the place as somewhat spartan but comfortable. Younger brother Richard and I had fun exploring the shoreline and surrounding woods.

After a few years the property was sold, and I've never been back. I'm sure the place has changed a lot and probably features the kinds of lakefront development so popular and profitable everywhere. You can see some contemporary photos here.

Below are a few photos taken on one of our trips to Weiss Lake along with some comments. The pictures were probably date 1966 or 1967.

For more information on the dam and lake, see Douglas Scott Wright's book, A History of Weiss Lake [History Press, 2008]. 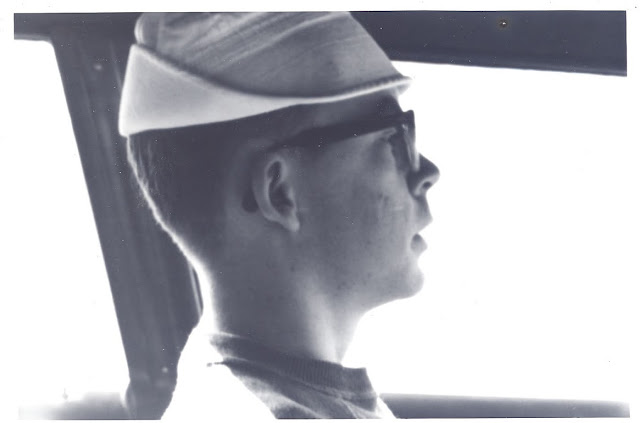 Here I am on the road trip to the lake, looking nerdy! 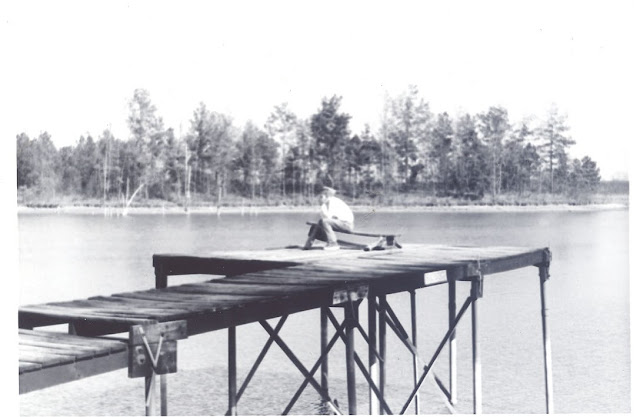 That seems to be younger brother Richard hanging out on and under the pier . 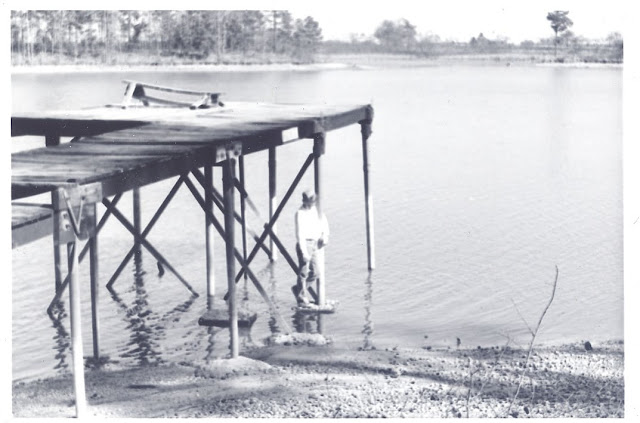 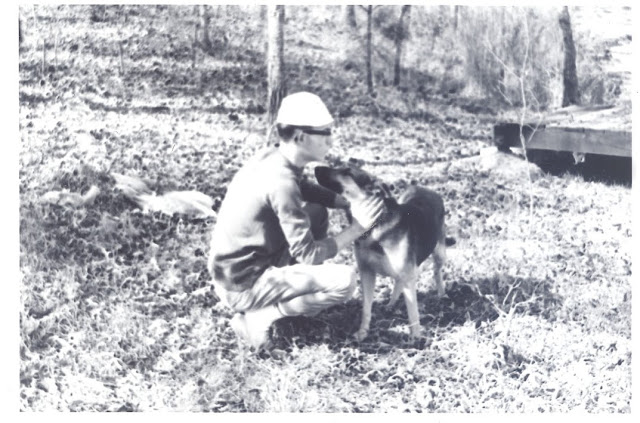 Here I am with Junior, who belonged to a next door neighbor. He was a very friendly dog. 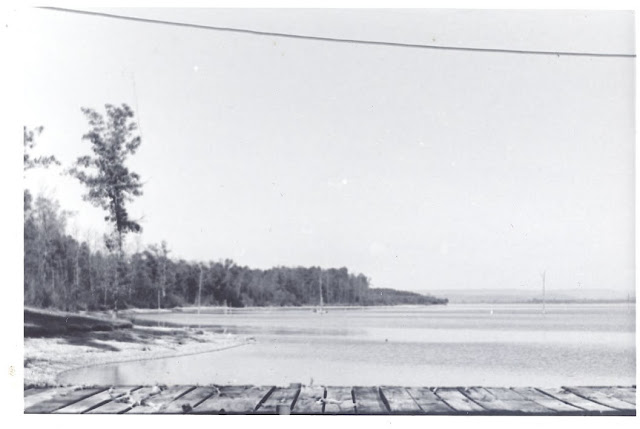 A nice view of the shoreline 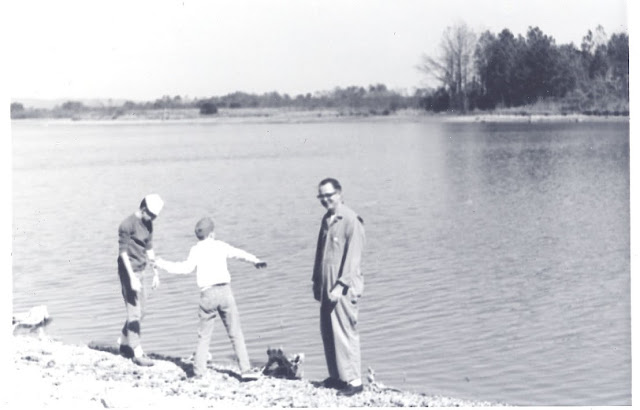 Dad must have joined us for some rock throwing. 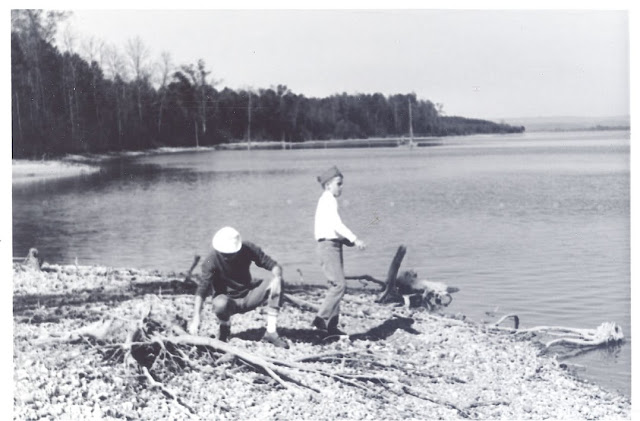 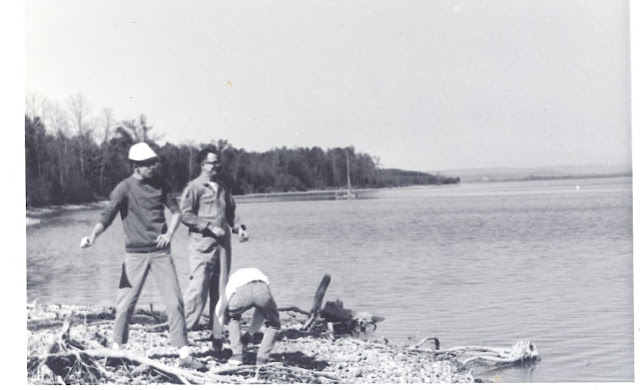 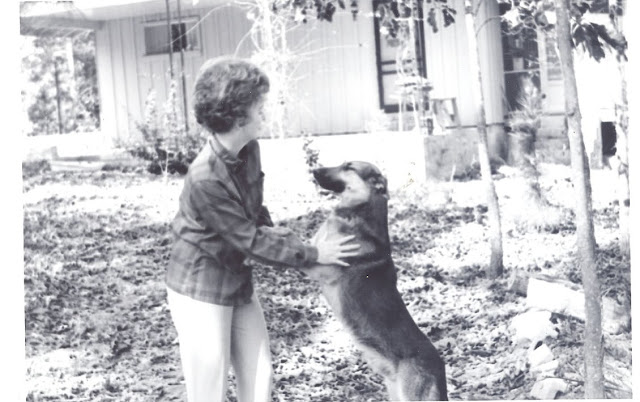 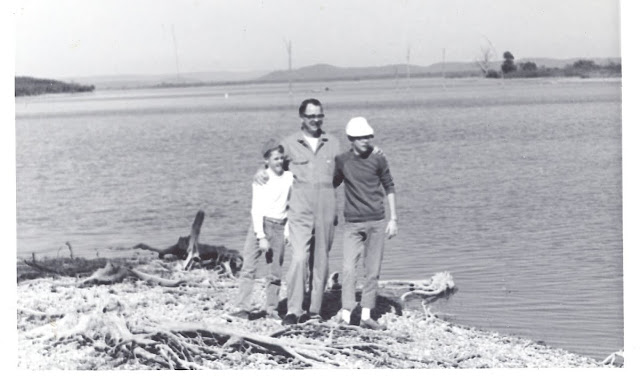 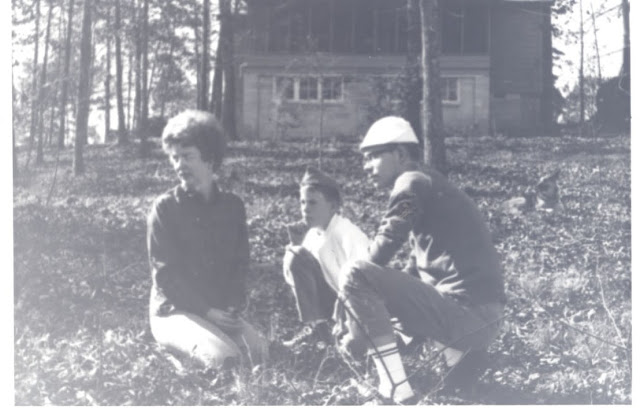 Dad photographed us in a moment of pretended contemplation. That's the cabin in the background. Here you can see not only that cool hat but the cool socks I'm wearing 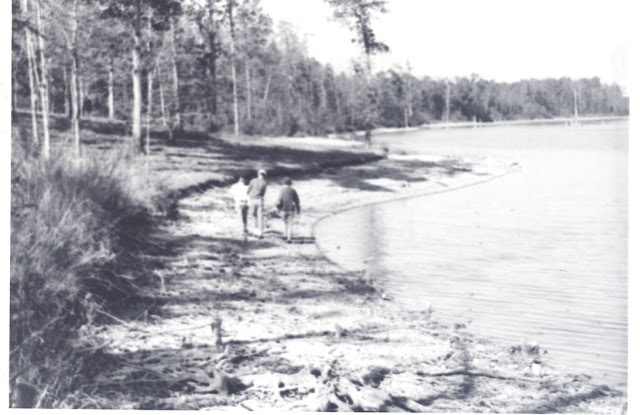 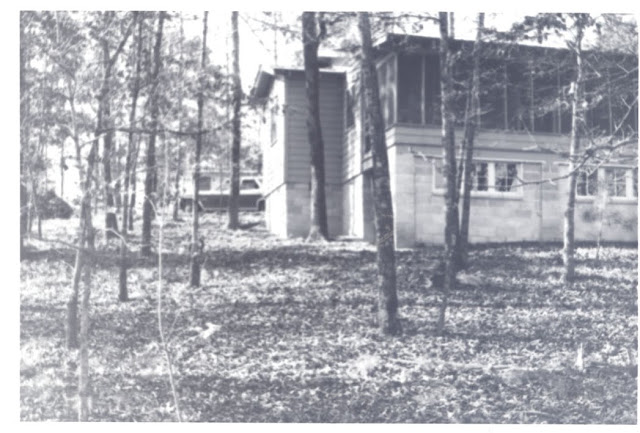 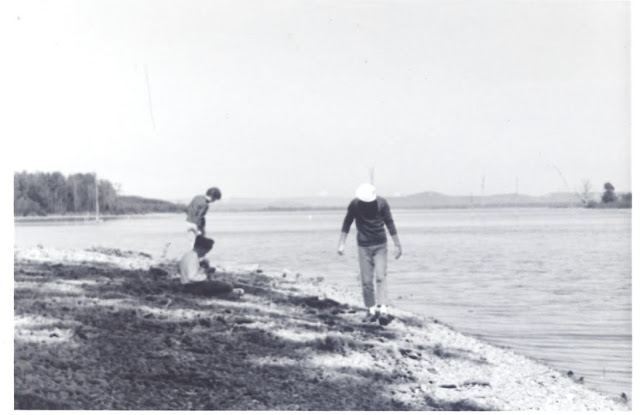 Posted by AlabamaYesterdays at 5:38 AM