In 1903 a publication appeared entitled Souvenir of Birmingham, Ala. This book consists of a number of photographs and several pages of text. The entire item has about 50 pages. I would guess it was intended as a promotion for potential investors in the area. Let's investigate. 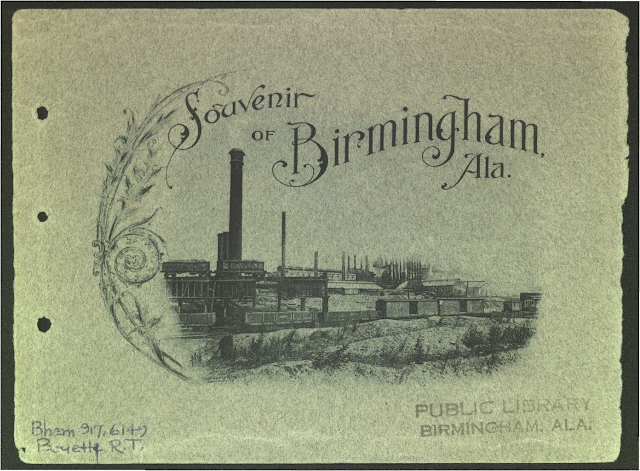 You can find the entire publication online at the Birmingham Public Library Digital Collections. In this post and a second one I discuss only a portion of the many photographs. Not included in either post are the court house, various banks, schools and other structures, a fire department photo and more. Perhaps I'll do a third post on those I haven't covered in the first two! 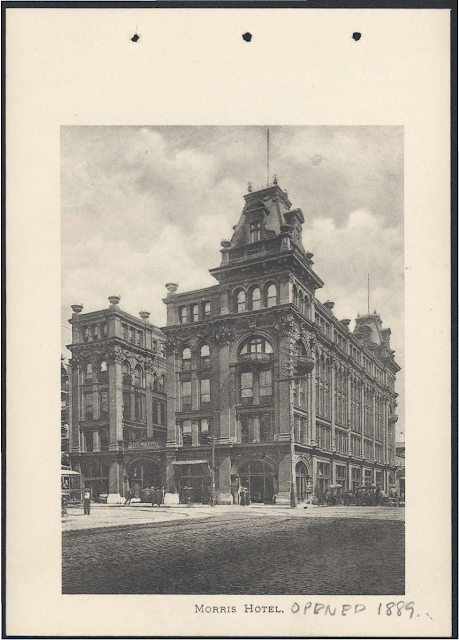 The BhamWiki site notes that this elaborate structure opened in 1891 on the corner of 1st Avenue North and 19th Street as the Morris Block. Over the years several businesses occupied the building including a bank, realty, jeweler, tavern and billiard parlor. The Southern Association, a baseball minor league which operated from 1902 until 1961, was organized there in 1901.

After 1894 the upper floors became a luxury hotel. The place was known as the Earle Hotel for a few years in the 1940's and then returned to the Morris name. The building was demolished in 1958 and replaced with a three-story parking deck. 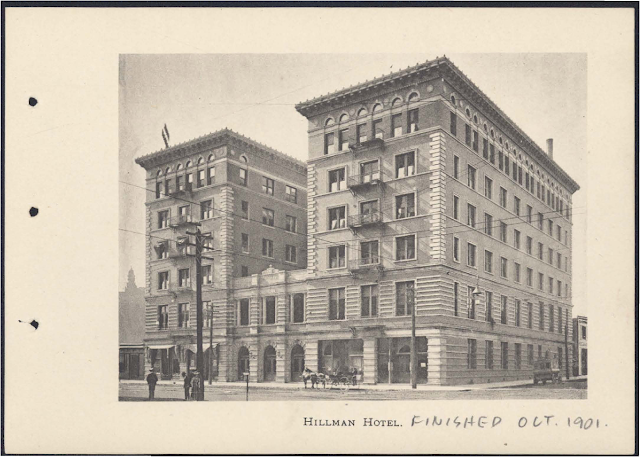 This luxury hotel opened in 1901 on the corner of 4th Avenue North and 19th Street. The first two of its six stories housed not only the lobby and ballrooms but barber and shoe repair shops, cafes, jeweler, optician and a men's clothier. The hotel was named after T.T. Hillman, vice-president of the Tennessee Coal, Iron and Railroad Company; Hillman Hospital was also named after him.

The Hillman remained Birmingham's leading hotel until the Tutwiler opened in 1914. The building survived until 1967; after demolition, parking replaced it. 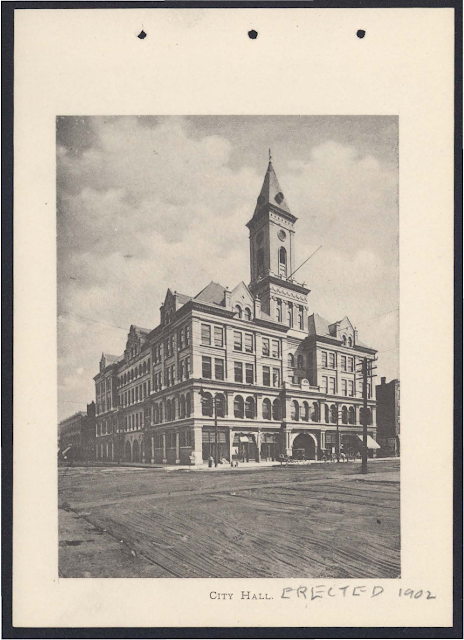 Birmingham's second city hall was constructed on the corner of 4th Avenue North and 19th Street on the site of the first city hall. The BhamWiki entry notes, "In addition to municipal offices, the building housed the Birmingham Fire Department, a National Guard unit, the first Birmingham Public Library and several retail spaces. It also housed a gymnasium that was opened for public recreation." See that entry for more history and photos of the building, including the fires in 1925 and 1944. A new city hall was finally constructed in 1950. 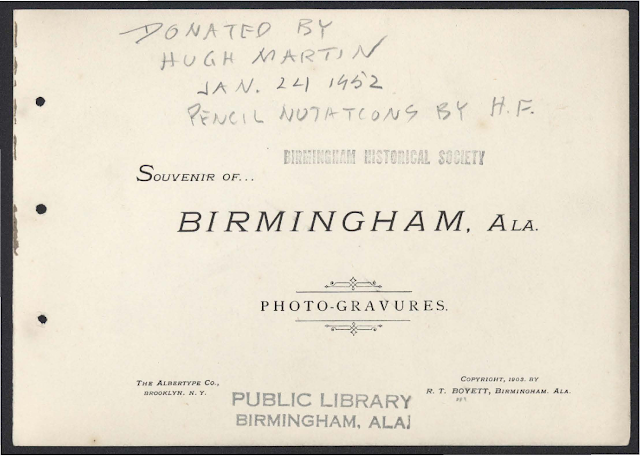 Hugh Martin was a partner in the architectural firm of Miller, Martin and Lewis that designed many buildings in Birmingham and on the University of Alabama campus in Tuscaloosa. Martin worked at the firm until his retirement in 1952. His son Hugh Martin, Jr., was a theater and film composer who wrote the classic song, "Have Yourself A Merry Little Christmas." 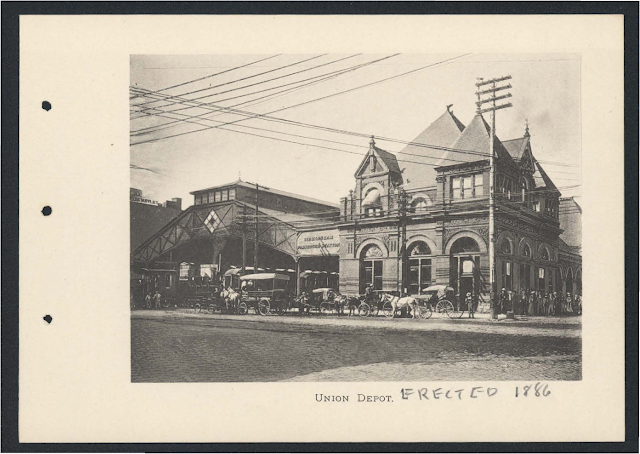 Opened in April 1887, this building was the city's first real train station. Although constructed by the Louisville and Nashville Railroad, numerous other lines used it for decades. 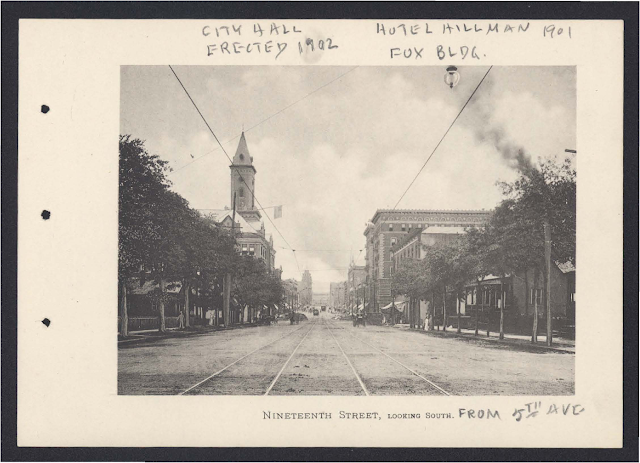 This view of 19th Street North has been annotated to point out City Hall and the Hillman Hotel. The street has served as one of the most important vectors of Birmingham business and history and continues to do so. 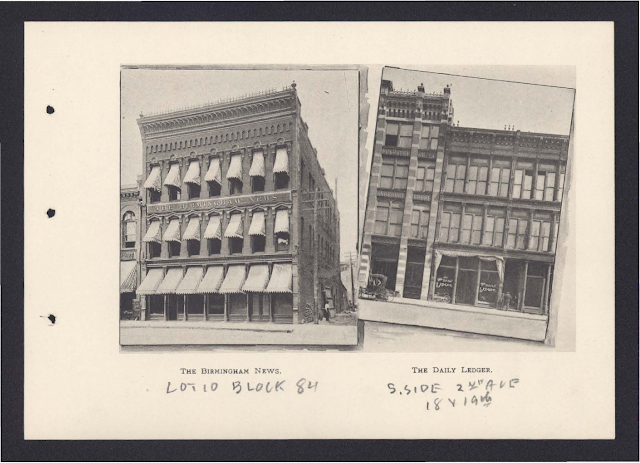 The Birmingham News began publication in 1888 and after several name changes had settled on the name it still holds by 1895. In that year the paper moved into the three-story building seen here. In 1917 it moved to a six-story headquarters. Three years later the News purchased its rival the Ledger, which had occupied its own building in 1902. That structure was not part of the sale. 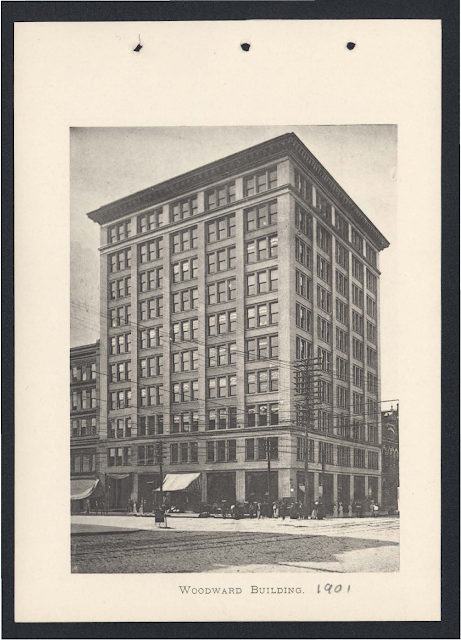 The ten-story Woodward Building opened in 1902 and was the first steel-framed structure in the city. Although much changed, the building still stands today. 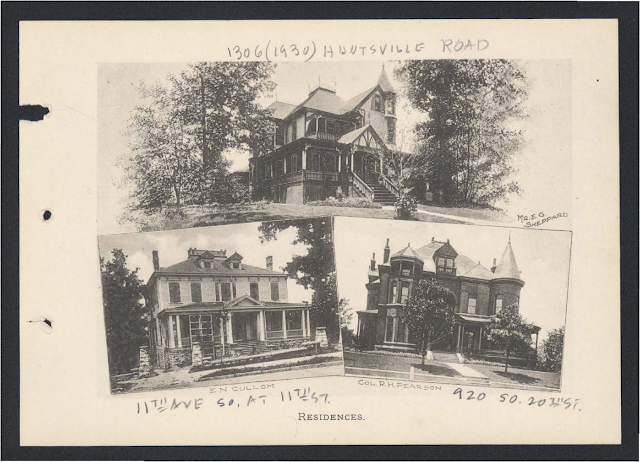 In the 1910 U.S. Census Edward Northcroft Cullom [1858?-14 June 1924] and his wife Hattiel Louise Cullom were living at 1007 11th Avenue South. The 1910 Birmingham city directory says he was President of the Alabama Abstract Company and the Alabama Trust & Savings Company. The 1907 directory gives his office at 2026 3rd Avenue. He is buried in Oak Hill Cemetery.

I have yet to learn anything about the other two men. 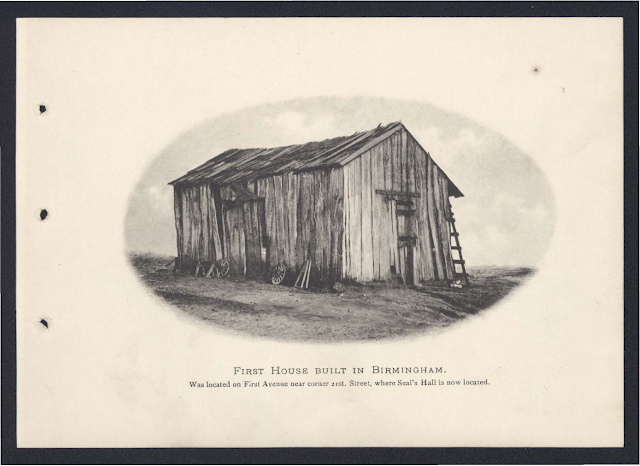 I've discussed this building in a previous blog post, which has a different illustration.


Posted by AlabamaYesterdays at 6:18 AM