Near Five Points South is one of Birmingham's most unusual and problematic buildings. The structure opened in 1927 as the Royal Arms Apartments and featured 72 efficiency units on four floors. William Weston designed the building; he also did such local landmarks as the Woodward, Age-Herald and City Federal buildings. Because of its design the building has been known as Quinlan Castle for many years.

The name is explained on the BhamWiki site. "The name of the building was adopted from Quinlan Avenue, the former name of 9th Avenue South which honored Bishop Quinlan of the Catholic Diocese of Mobile. Quinlan had purchased the hilltop and surrounding property as a potential site for Birmingham's first Catholic church."

The Castle was placed on the National Register of Historic Places in 1984 but continuing deterioration left it vacant by the 1990's. Various restoration and stabilization efforts have been made by various owners, including the city of Birmingham. Numerous proposals for use of the property have also surfaced over the years, but none came to fruition. In December 2008 the Castle was purchased by current owner and next door neighbor Southern Research, which has since done more stabilization work. 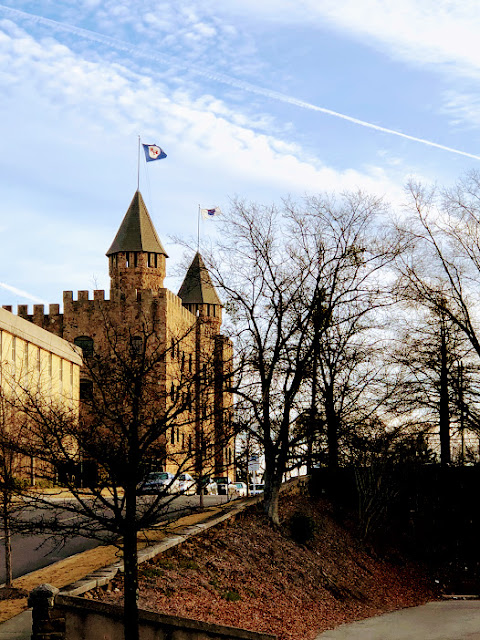 The flags were flapping on a cold winter morning when I took these photos. 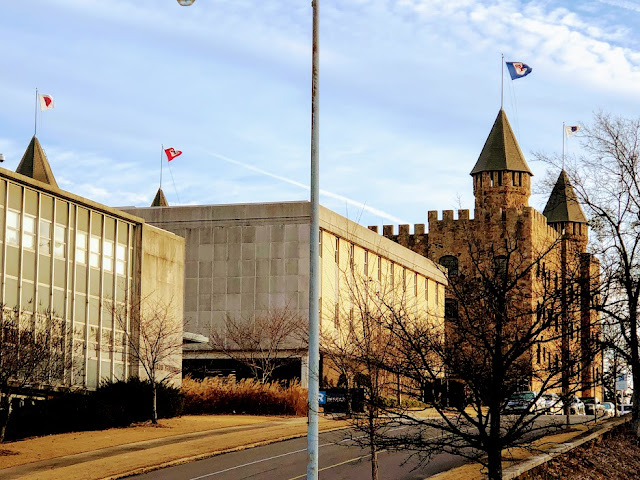 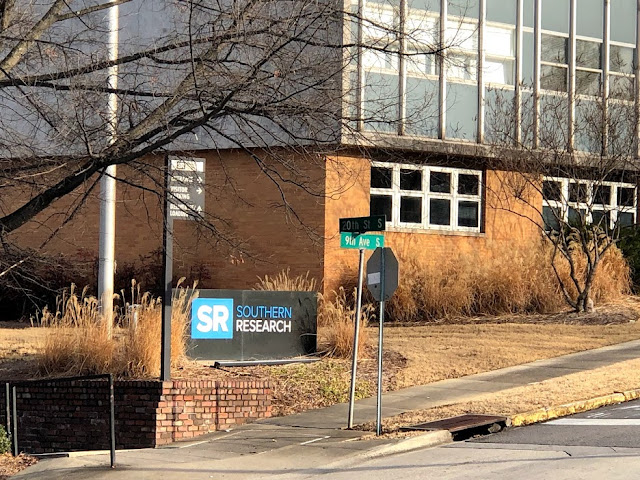 Posted by AlabamaYesterdays at 8:10 AM