Alabama Photos of the Day: Samford Hall at Auburn University

Auburn University's most iconic building is Samford Hall and its tower. The original building on the site, a four-story structure known as "Old Main", served the East Alabama Male College [Auburn's original name] from 1859 until it burned in June 1887. The current structure was built over the following couple of years and was also known as "Old Main". In May 1929 the building was named for Governor William Samford. After many interior changes over the years, Samford Hall is used today for administrative offices.

Below is a small selection of Samford Hall images and some comments. You can see many more via Alabama Mosaic. 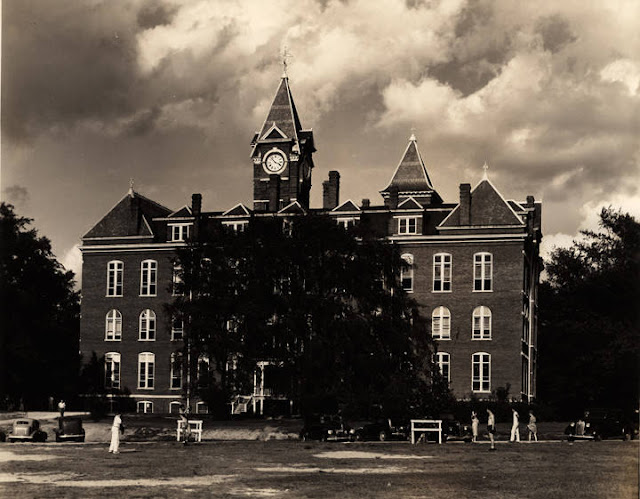 Samford Hall sometime ca. 1940. My parents were at Auburn in the late 1940's, so Samford may have looked similar to this view. 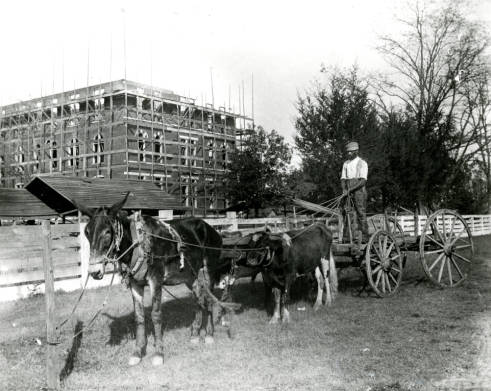 The building to be known decades later as Samford Hall under construction ca. 1888 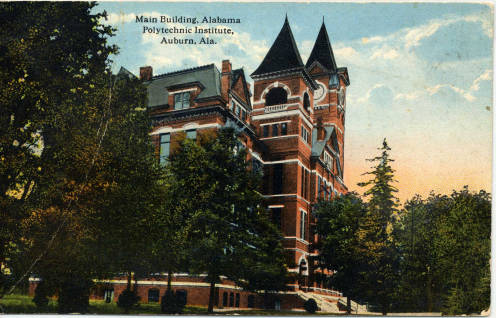 This postcard from around 1930 gives the original name for the building, "Main". 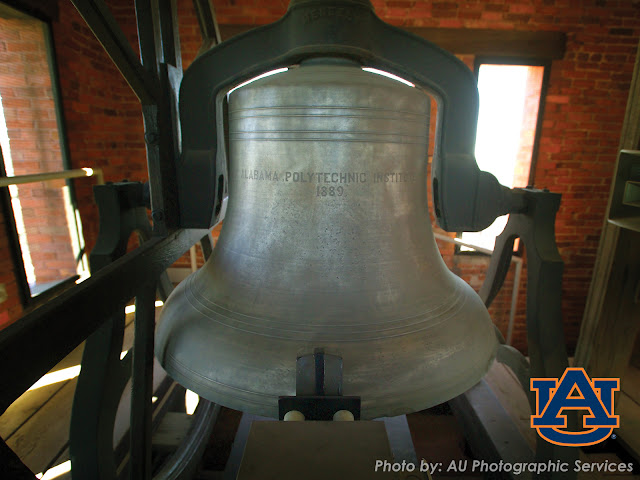 The bell in Samford rang on the hour for class change for many years, but has since been replaced by an electric clock. The bell remains in the tower.

Auburn University faculty in front of the "new" Old Main in 1914. Their identities can be found at the source page. 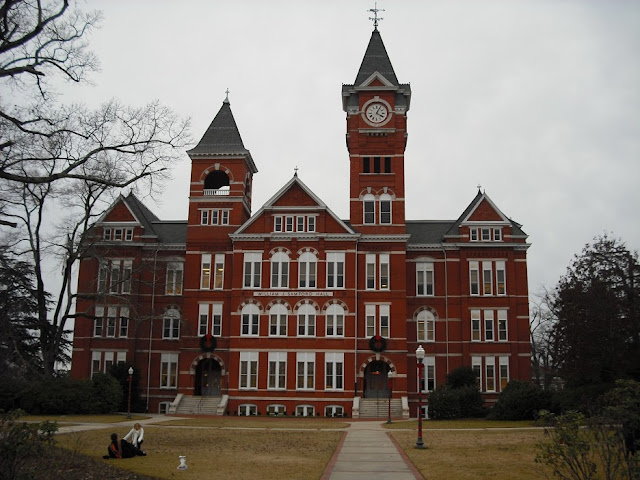 These two photos were taken at winter graduation in December 2009. A couple of clowns are blocking the view in the one below. Wait--that's my daughter Becca and soon-to-be-son-in-law Matt Leon! Becca continued the family tradition of meeting a future spouse at Auburn just as my parents and Dianne and I did. Perhaps our new grandson Ezra Jasper Leon will do the same! 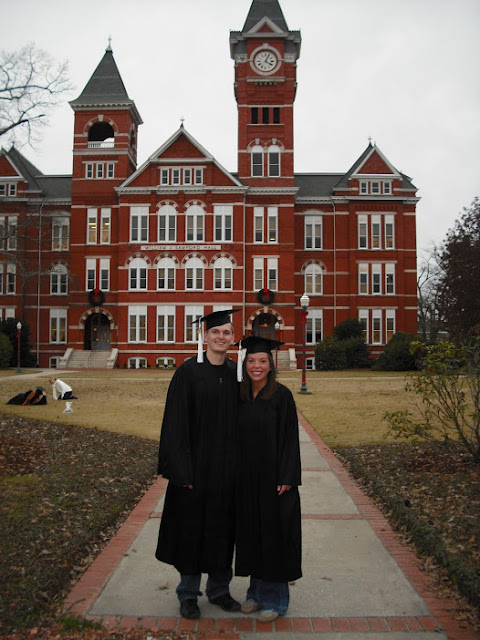 Posted by AlabamaYesterdays at 9:27 AM