Roberts Field was the city's main airport from 1922 until 1935 when the Birmingham Municipal Airport opened. The hanger buildings seen below were located near what is now Roberts Industrial Drive and I-20/59. The airport was dedicated in June 1922 as the base for the 135th Observation Squadron [later the 114th] of the Alabama National Guard. Commercial passenger service began from Roberts Field in May 1928. The airport continued in use for a couple of decades after the city's airport opened. Industrial development of the site began in the 1960's.

A Navy Zeppelin, the Shenandoah, landed at Roberts in 1924--the year before its destruction in Ohio. Three years later Charles Lindbergh and his Spirit of St. Louis spent two days there. The BhamWiki site has a good overview of the history of Roberts Field. The resource Abandoned & Little Known Airfields: Alabama has extensive information, photos & maps related to Roberts Field.

Roberts Field was named for Lt. Arthur Meredyth Roberts, who was killed in a training accident in France in World War I on October 18, 1918. He grew up in Birmingham and returned to the city after receiving his engineering degree from Cornell University. Roberts volunteered for service in August 1917. He is buried at Arlington National Cemetery. 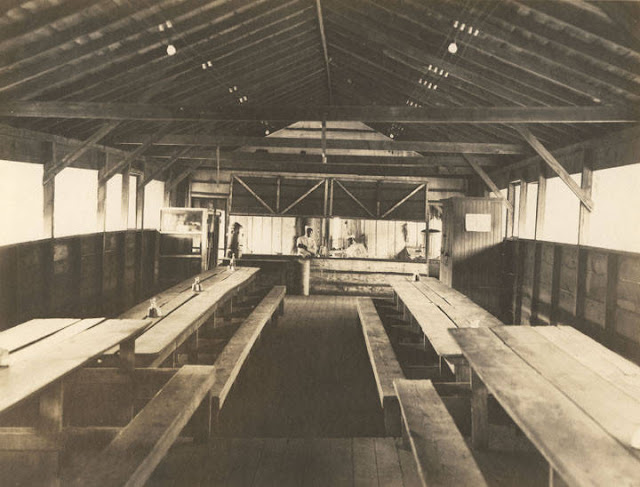 Interior of the mess hall at Roberts Field ca. 1925
Two African American employees can be seen in the background. 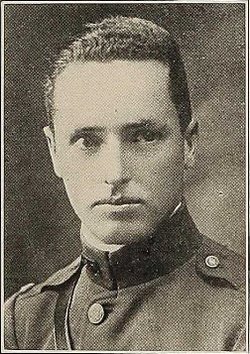 
Posted by AlabamaYesterdays at 10:27 AM