A Visit to the Bright Star Restaurant

In recent years many Alabama restaurants have gained national acclaim, but only one of them has been around for more than a century. Tom Bonduris opened The Bright Star in Birmingham in 1907 as a 25-seat cafe. After several moves to larger quarters, he ended up in the current location in Bessemer in May 1915. An unknown travelling artist from Germany painted the European scenes on the murals inside. At the time Bessemer was a booming mining town, and the Bright Star operated around the clock.

Bill Koikos became co-owner in 1925 and worked until his death in 1980. He created their famous fried snapper throats dish. His two sons and a cousin currently operate the business. The restaurant has been expanded several times over the years and now seats 330 customers.

More history can be found at the BhamWiki linked in the first paragraph and on the restaurant's web site. Niki Sepsas' book A Centennial Celebration of The Bright Star Restaurant published in 2007 has much detailed history and many memories from customers. The book is heavily illustrated.

Last month brother Richard and I had lunch there on a Friday before making our annual visit to the coin show at the Bessemer Civic Center. Richard had that snapper throats meal, as he did last year. I had the broiled snapper; I've forgotten what I had in 2017. But it was delicious! If you've never been to the Bright Star, make a visit. You'll have a great meal, and see an historical landmark as well!

Some more comments are below. 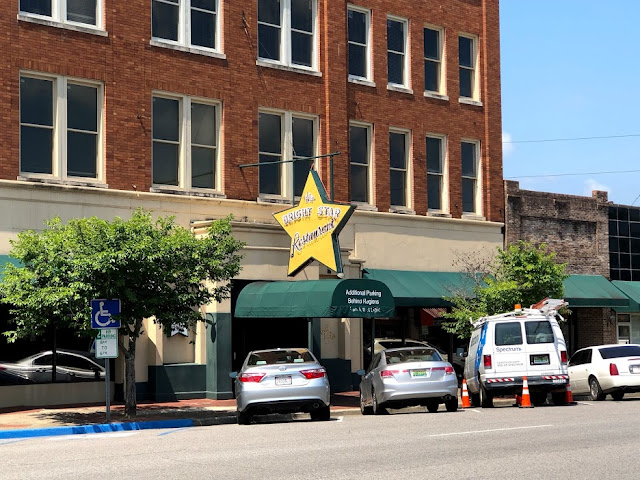 This four-story building was constructed by the Bessemer Realty Company. Pope Drugstore, Realty Barbershop, and legal and medical officers in addition to the Bright Star were operating there when it opened in 1915. 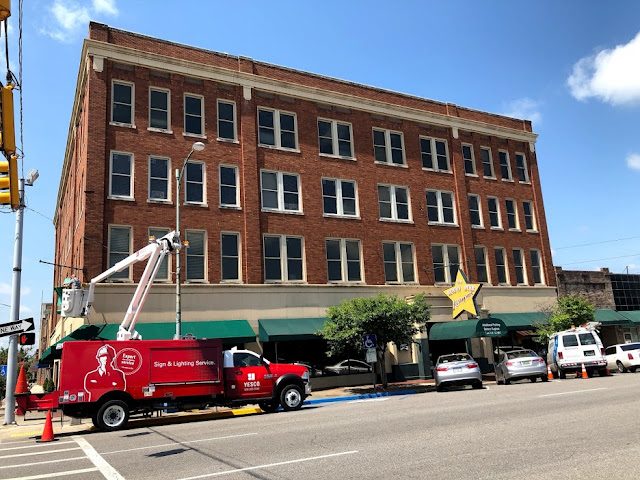 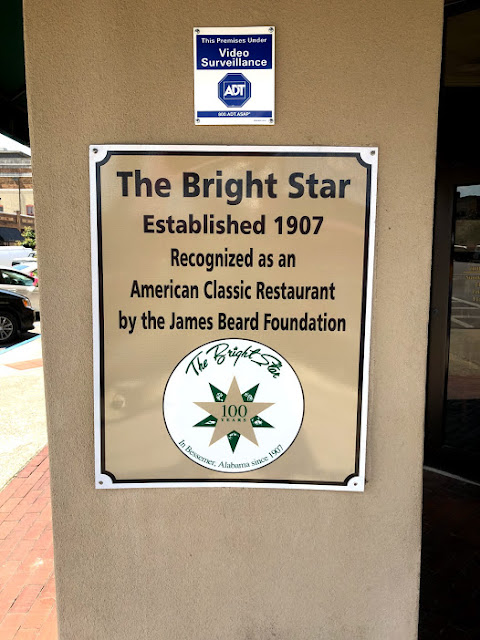 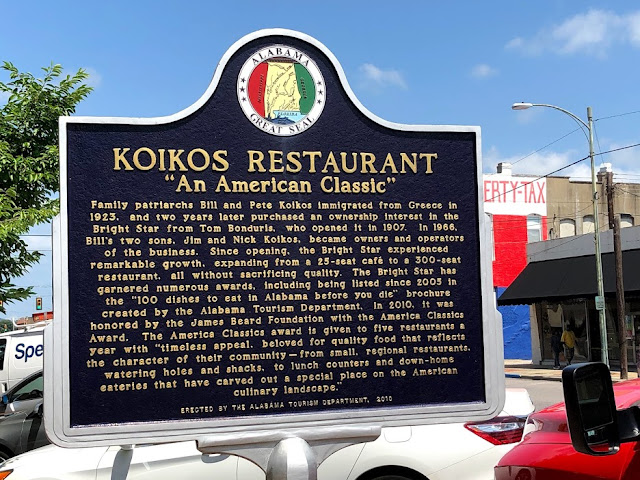 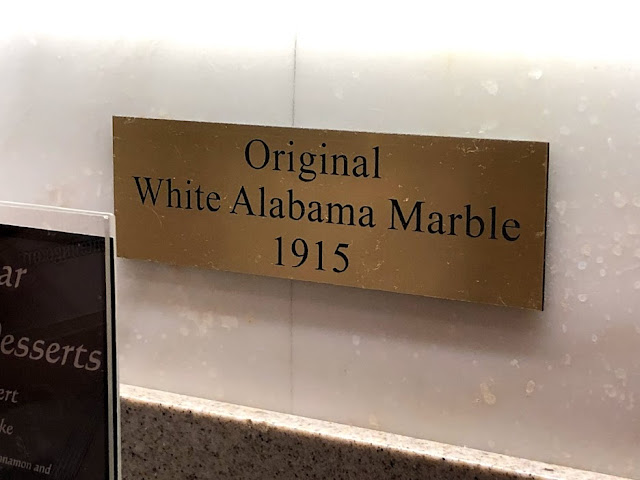 We found this sign in our booth this year. Marble from Sylacauga, perhaps? 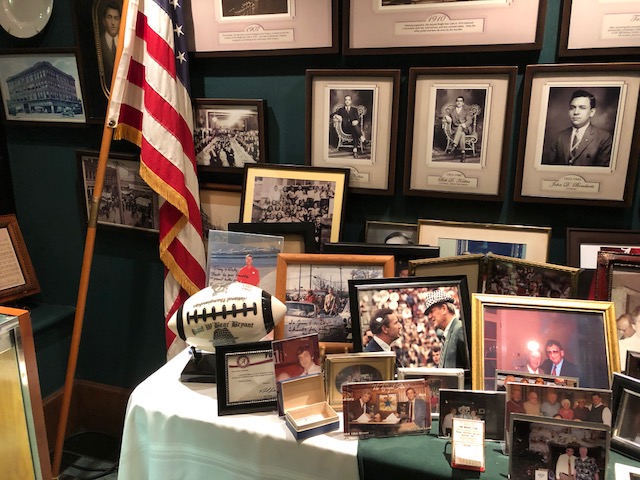 As you might suspect, many famous people have eaten at the Bright Star through the decades. Bear Bryant always had a table in the back just outside the kitchen, which allowed him to enter and exit unobtrusively. 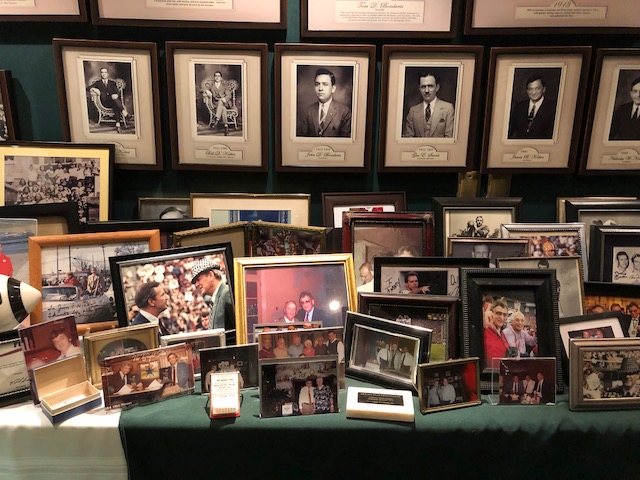 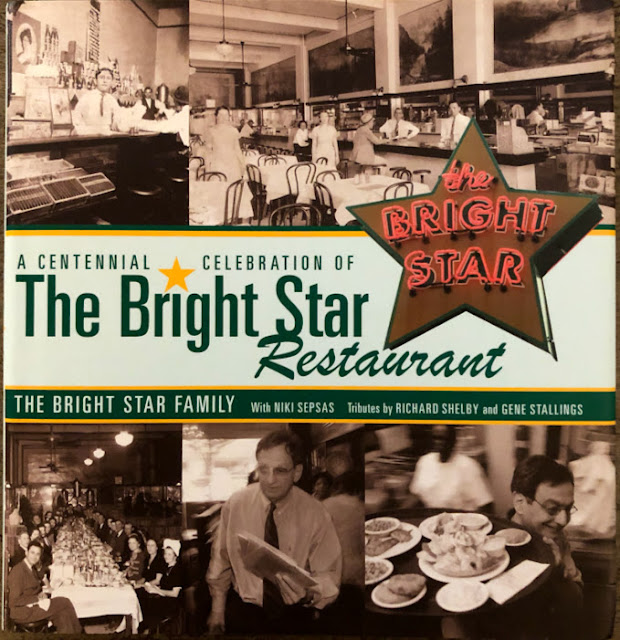 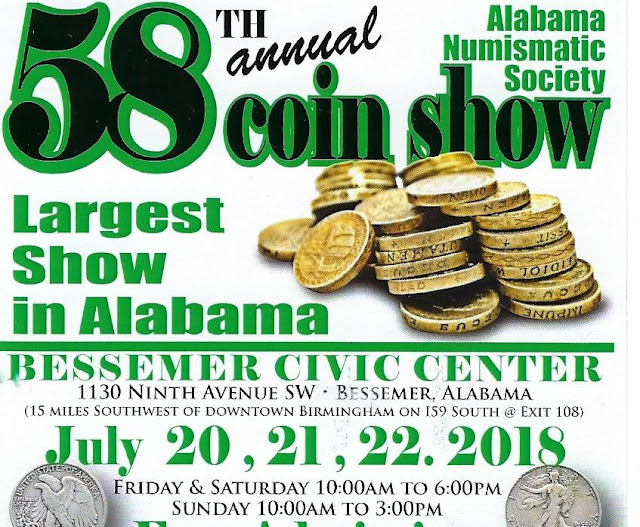 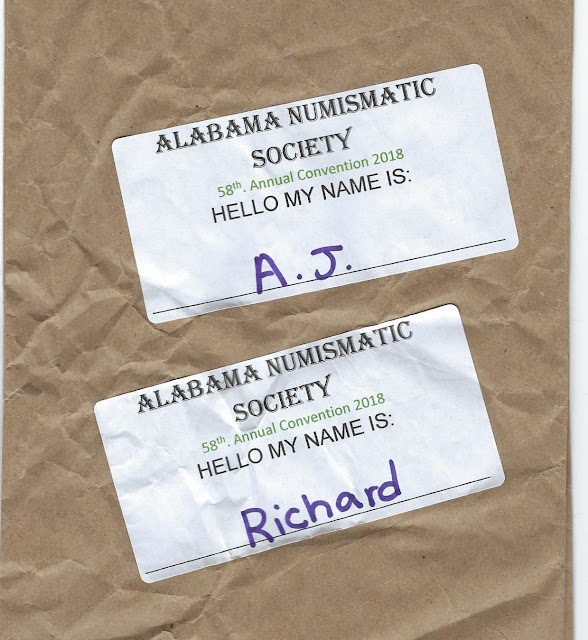 Posted by AlabamaYesterdays at 9:44 AM