Crawford was one of the giant stars of American cinema from the late 1920's well into the 1960's. In her first film in 1925, Lady of the Night, she was a stand-in for the star, Norma Shearer, with whom Crawford would compete at MGM in just a few years. Her final film was 1970's Trog. In between she became a star by the end of the silent era, made the transition to talkies and continued her stardom for decades despite career ups and downs. She appeared in such classics and/or box office successes as Our Dancing Daughters, Rain, Untamed, Montana Moon, Mildred Pierce, Possessed, and Whatever Happened to Baby Jane? She was nominated three times for an Academy Award and won Best Actress for Mildred Pierce.

Steele was a businessman in the soft drink industry. He rose to Vice-President for Marketing at Coca-Cola and eventually became CEO at Pepsi in 1949. Under Steele sales tripled from 1955 until 1957, and the brand was introduced around the world. He died of a heart attack in April 1959.

Crawford and Steele had married in Las Vegas in May 1959. After Steele's death Crawford was appointed to the company's Board of Directors and remained in that post until her forced retirement in 1973. During those years she was a relentless promoter of Pepsi; the brand appears in several of her later films.

See below for more on Crawford's adventures in Birmingham. 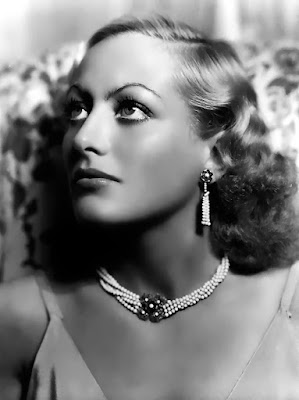 Over the course of her career Crawford did youthful, smoldering and finally matronly. And she also did hats very well. 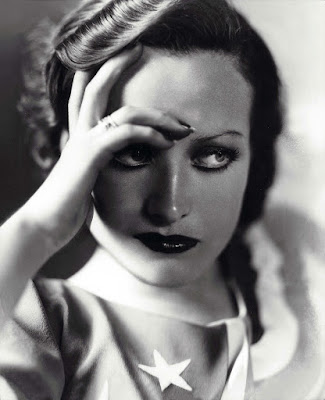 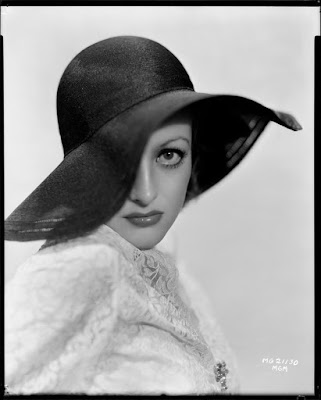 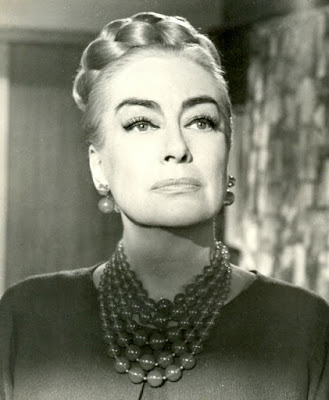 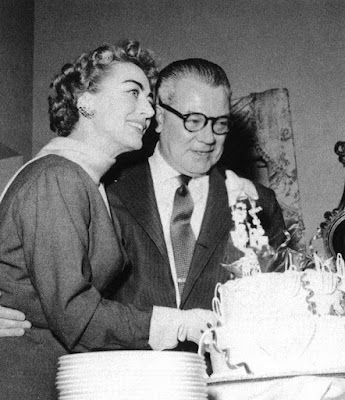 
Crawford became a passionate promoter of Pepsi-Cola "with the same single-minded devotion that she had devoted to promoting Joan Crawford", wrote Thomas in his biography. "One of Joan's major missions was to lend glamour to the opening of bottling plants throughout the country and in foreign markets. The plants were generally located in outlying industrial areas, so Pepsi needed promotion to draw crowds. When full-page newspaper and television ads announced that Joan Crawford would appear, the results were often amazing."

"At a Birmingham, Alabama, plant opening Joan signed autographs steadily for four hours and finally had to leave when her hand became too tired to hold a pen. Sixty thousand people appeared for the celebration. Five years later, bottler Jimmy Lee gave a "Thank You, Birmingham" party with Crawford as the major draw. The crowd was the largest in the city's history---73,000, more than attended the Alabama-Auburn football game."

In October 1966 local Pepsi distributor Buffalo Rock opened a new bottling plant on a 15-acre site on Oxmoor Road. The facility cost two million dollars and sprawled over 75,000 square feet. To mark the occasion the Pepsi board of directors--including Crawford--decided to have a meeting there. That meeting was the first time the board had met at a bottling plant and the first time outside New York State. Thus Crawford's second appearance in the city must have been in 1971. 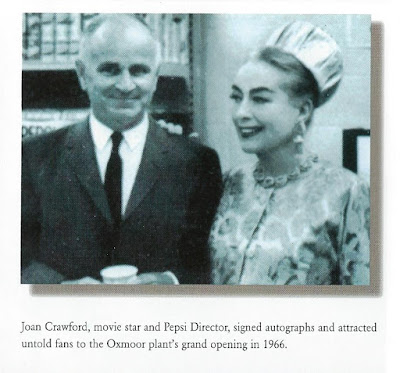 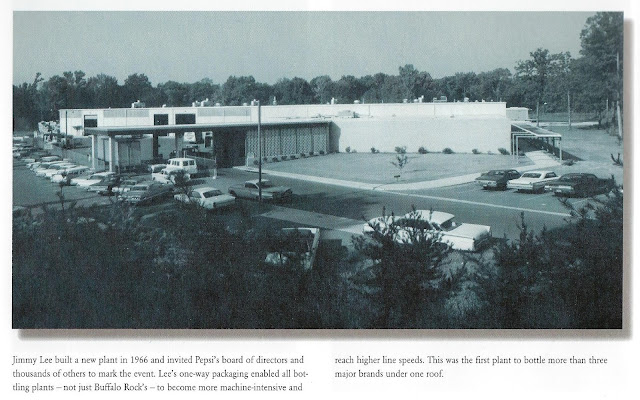 The Pepsi visits to Birmingham were not Crawford's only connection to Alabama. Early in her career she made several films with two Alabama natives, Dorothy Sebastian and Johnny Mack Brown. In 1928 Crawford appeared with both actors in Our Dancing Daughters. Crawford and Brown appeared in one of her rare westerns, Montana Moon. That 1930 film introduced the singing cowboy to the movies. Our Blushing Brides, another 1930 film, starred Crawford and Sebastian. 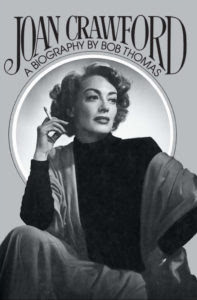 Posted by AlabamaYesterdays at 7:23 AM