A Show of Fans

After my paternal grandmother died in 1997, we cleaned out her house in Gadsden and found many things of interest, some family-related and some not. The latter group included several hand fans that I've photographed and put together for this post.

Hand fans both folding and rigid have been around for many centuries in Asian and Western cultures. Although having practical uses, many examples also feature elaborate decorations. They originated in ancient Egypt, India and China more than 5000 years ago, and were brought to Europe in the 12th century as a result of the Crusades.

The ones below are strictly utilitarian, and I presume predate wide-spread air conditioning in the southern U.S. Those featuring an address include no Zip Code, which was introduced in 1964 and did not become widespread until later in the 1960's. One of the fans includes 800 phone numbers, so it must be a more recent date.

There are two hand fan museums, one in California and the other in the United Kingdom.

More comments are below the photographs. Businesses represented include Crestwood Funeral Home and J.P. King Auction Company both in Gadsden and an insurance company in Decatur. 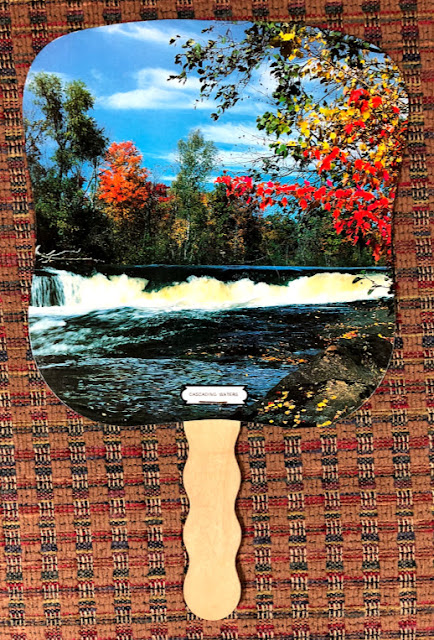 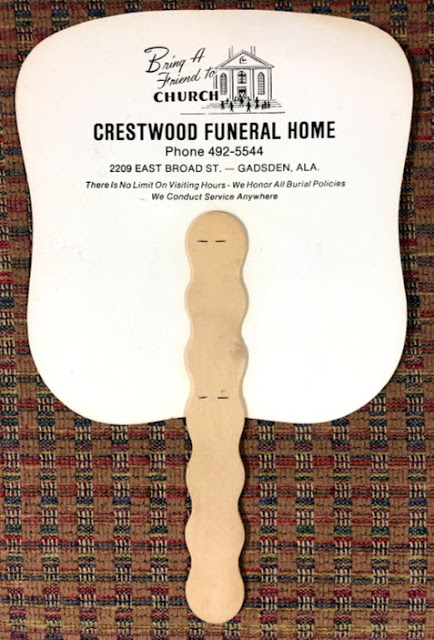 Crestwood Funeral Home, which opened in 1940, continues to operate today. 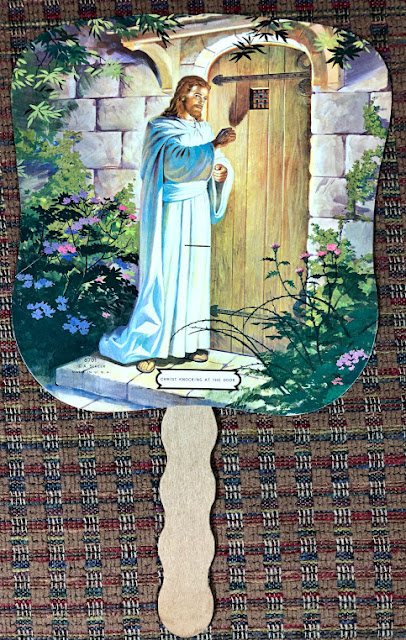 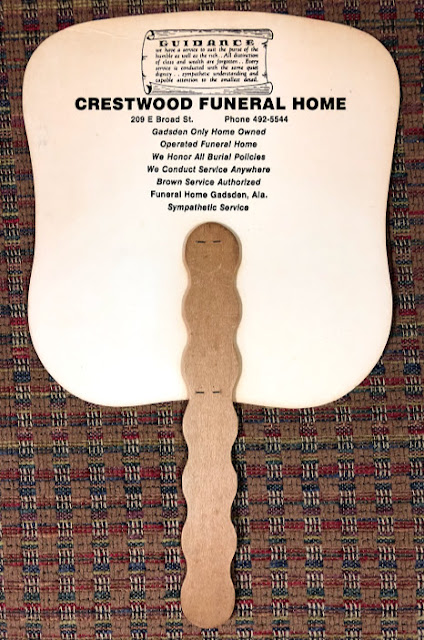 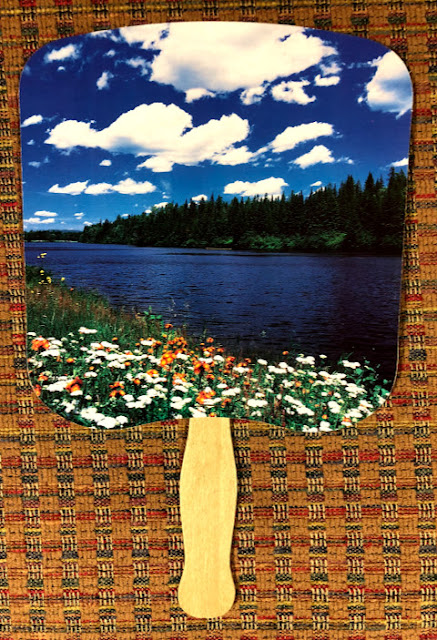 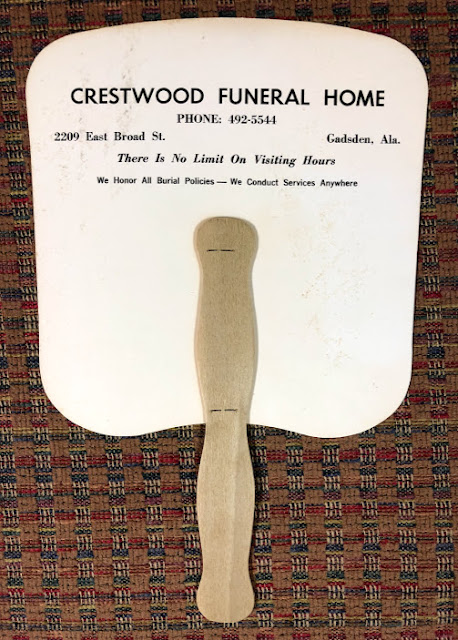 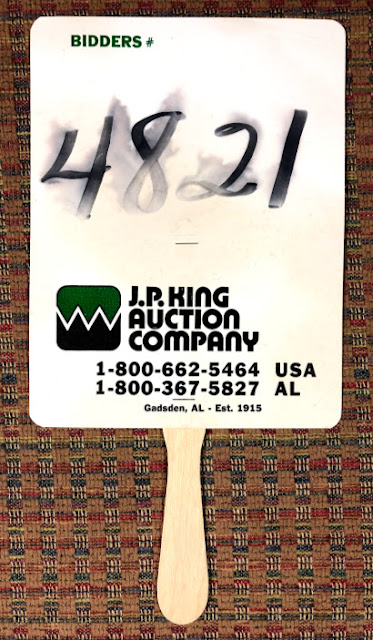 This auction company in Gadsden opened in 1915 and is still operating.

UPDATE: Since I posted this item, one of my informants--my cousin Charlotte Shores Ryder--suggested about this fan " the one from King Auction may have actually been used to notify auctioneer of a bid since it has a bidders number on it.." Makes sense to me! 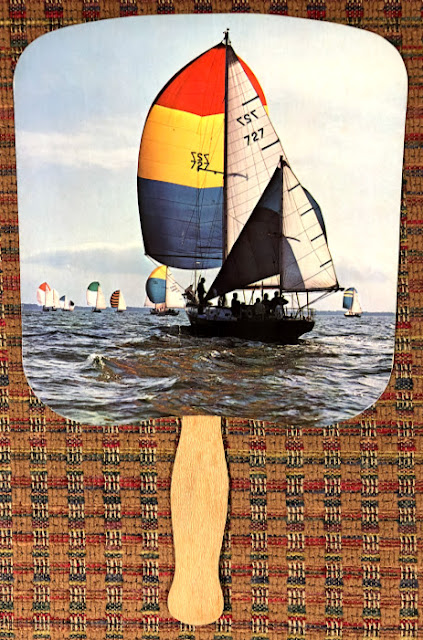 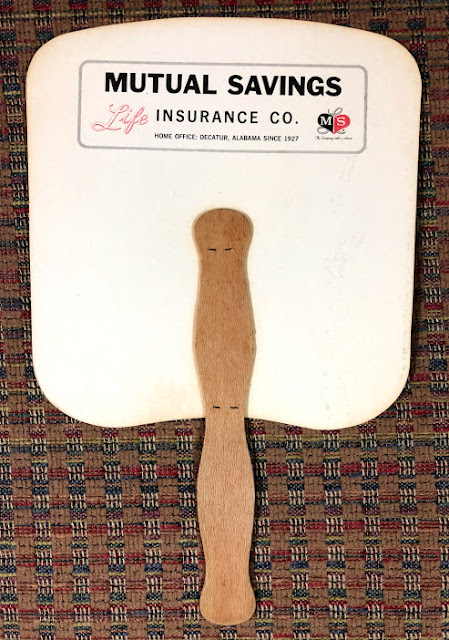 This business in Decatur no longer seems to be operating, at least under that name. A listing turns up on Google, but the Romanian-American Mission seems to be at that address now. I wonder if they give out hand fans. 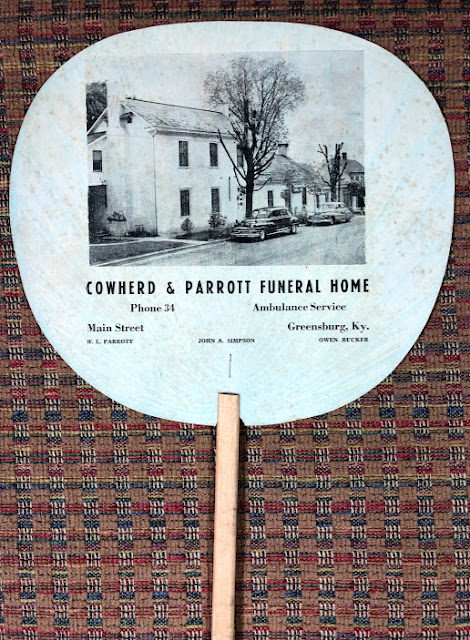 This funeral home opened in 1910 and is still in business. The fan seems to be the oldest in the group based on the cars in the photo and the phone number. I'm not sure why my grandparents had this one; I don't know of any relatives in Kentucky whose funeral they might have attended. 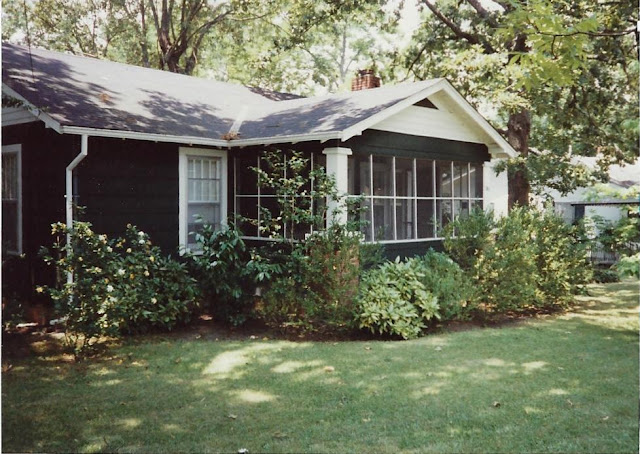 My grandparents Amos J. & Rosa Mae Wright lived for many years in this house at 1313 Chandler Street in Gadsden. My grandmother died in January 1997, and soon after that we began cleaning out the house. Among much other memorabilia, we found the fans shown in this post.

Posted by AlabamaYesterdays at 11:04 AM