Dianne and I recently drove through Helena and stopped at the Harmony Graveyard. We seem to do that in our family--stop at old cemeteries and take a look around, even if we have no ancestors there. We're interested in history--all sorts of history. Next to the Graveyard is Harmony Cemetery for African-Americans, which we did not visit.

As noted in the historic marker's text, the cemetery is on the site of the first church built in what is now Helena. The cemetery dates to 1836 and contains the graves of many notables, including physicians, ministers, and public officials such as the town's first mayor.

Four victims of at least 20 killed in a train wreck on December 27 1897, are buried in the cemetery--including a mother and two daughters. A rail had apparently been removed by robbers from the track on the Cahaba River bridge, and the train plunged 110 feet into the river.

The graves of some casualties from the 1926 Mossboro mine explosion that killed 27 and the May 5, 1933 tornado can also be found here. That storm killed 20 people in Bibb and Shelby counties and pretty much destroyed Helena. You can read more about it here.

Additional comments are below some of the photographs. 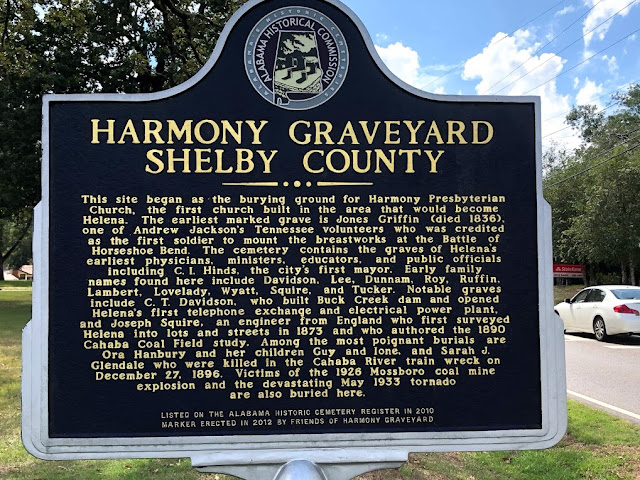 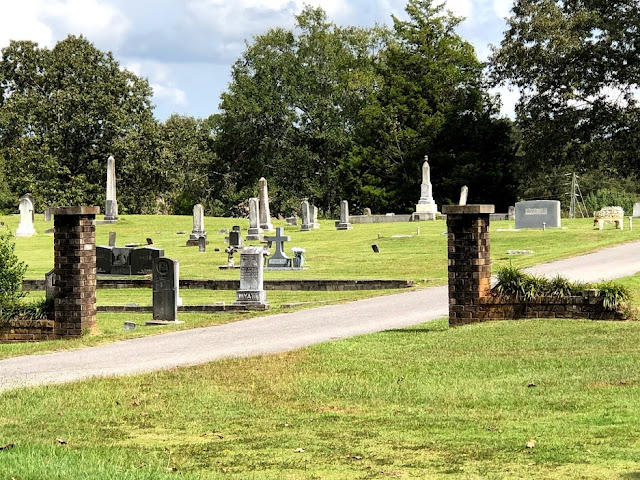 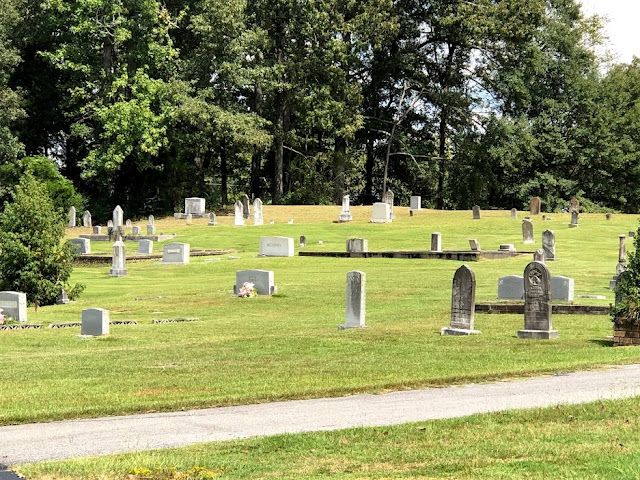 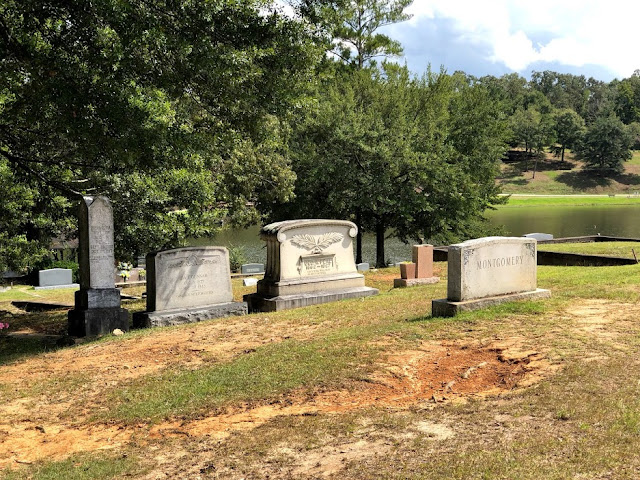 In the background here you can see the lake in Joe Tucker Park, which also includes a walking trail. 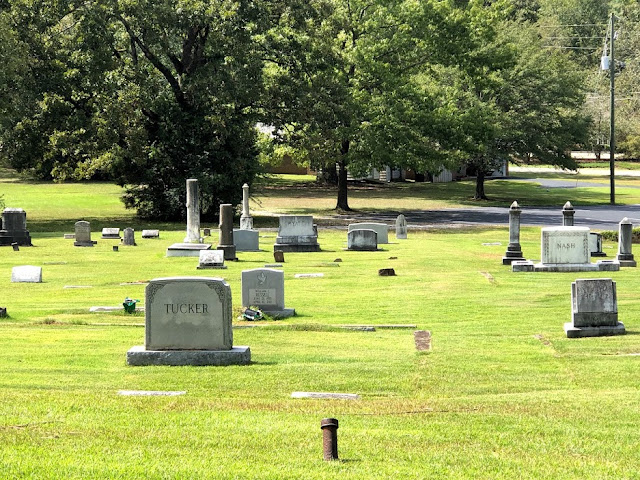 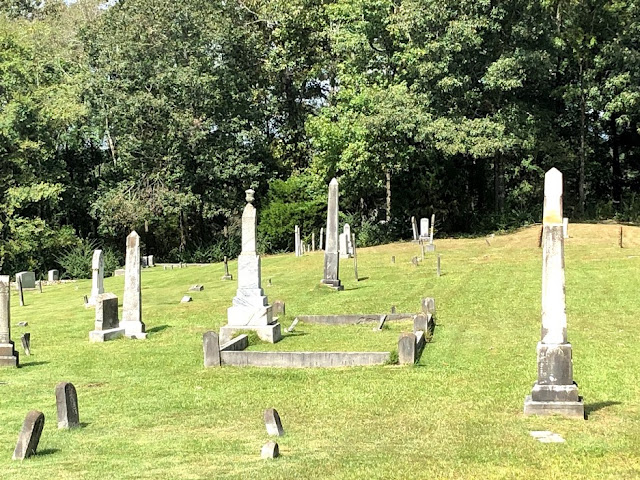 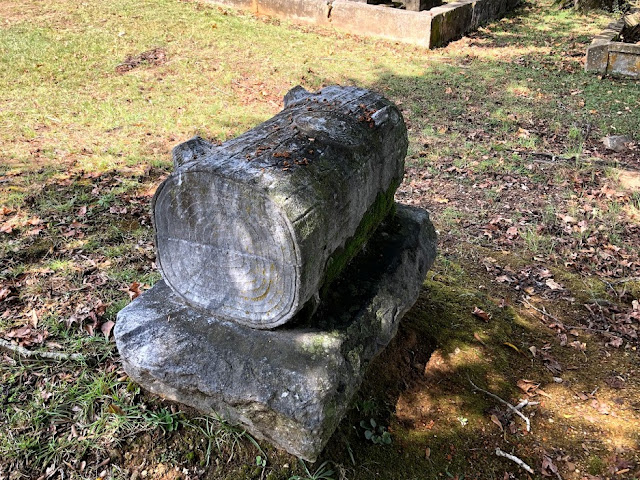 In the photo above and the one below Woodmen of the World grave markers can be seen. WoodmenLife is a fraternal non-profit that offers insurance to its members. An early benefit to members was a gravestone in the shape of a tree stump. The company had to abandon the program by the late 1920's because it became too expensive. However, these markers can be found in cemeteries across the U.S. They will also have the Woodmen logo.

The one above is unusual, at least in my experience, in that it is more of a log section than a stump. I've most often seen the type on the left and right below, a tall or taller standing stump. 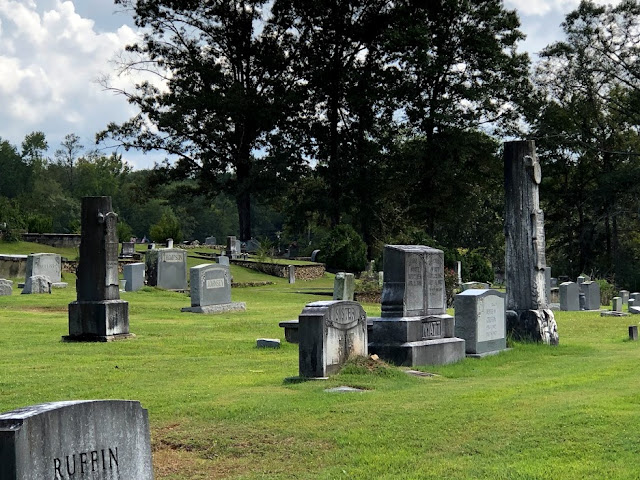 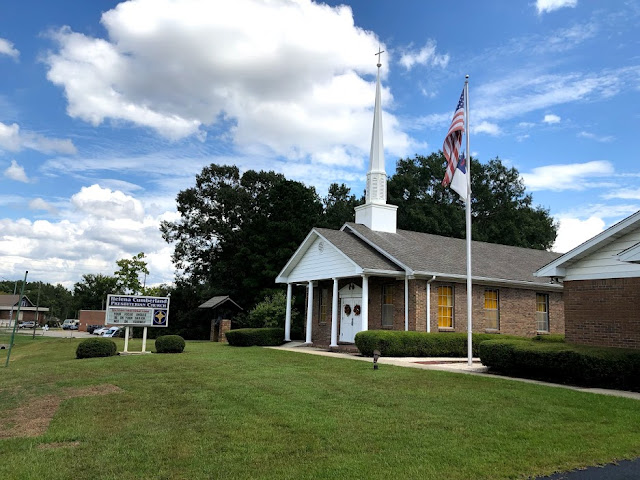 Helena Cumberland Presbyterian Church is next to the cemetery and has had that name since 1978. Presbyterian, Methodist and Baptist churches were all destroyed in the 1933 tornado.

Posted by AlabamaYesterdays at 8:34 AM