As I often do, I was roaming around at the Alabama Mosaic site recently and came across this photograph of actress Agnes Moorehead. The only clues given are that the location is Birmingham, Alabama, and the date was February 16, 1973. So what was she doing in the city at that time? Let's investigate.

Moorehead was born December 6, 1900, in Massachusetts. The family soon moved, and she grew up in St. Louis. She earned a bachelor's degree, then returned home to teach school for five years. Then she was off to the University of Wisconsin and a master's degree in English. She had begun acting as an undergraduate and decided to pursue that profession. She graduated from the American Academy of Dramatic Arts in 1929.

She pursued stage and radio work in New York, and by 1937 she had become a principal actor in Orson Welles' Mercury Players that produced works for both stage and radio. Moorehead played Margo Lane in The Shadow radio program in which Welles acted the title character.

In 1939 Welles and company moved to Hollywood, and Moorehead made her film debut as the mother of the title character he played in his masterpiece Citizen Kane. From that point she never lacked for work in film, radio and later television. She received an Emmy Award, and two Golden Globes, four Oscar nominations and six additional Emmy nominations. Moorehead could play puritanical, neurotic, possessive, and arrogant characters in dramas, thrillers and comedies.

Some of her many films include The Magnificent Ambersons (1942), Journey into Fear (1943), Dark Passage (1947) with Bogart and Bacall, and Show Boat (1951). Later she appeared in The Bat (1959), Disney's Pollyanna (1960), and Hush, Hush Sweet Charlotte (1964). She continued her radio career alongside her one in films. Moorehead appeared in more of the 946 episodes of CBS's show Suspense than any other actor. Her most famous episode was "Sorry, Wrong Number" but Barbara Stanwyck got her role in the 1948 film.

Moorehead had many great guest roles on television in the 1960's, ranging from The Rebel and Rawhide to The Twilight Zone. She won her Emmy for an episode of The Wild, Wild West. From 1964 until 1972 she played Endora, the witch with the acerbic wit and mother of Samantha on the popular show Bewitched.

In the 1950's Moorehead acted in a national tour of George Bernard Shaw's play "Don Juan in Hell". She returned to that role at the Palace Theatre in Times Square for 24 performances that ended on February 4, 1973. You can read an account by a fan who caught her back stage after the final performance here. The production then went on a tour of unknown locations and duration.

Was she in Birmingham on February 16 for a performance of "Don Juan"?  She made an appearance on The Dick Cavett Show on February 19. That's a pretty tight schedule, but Moorehead was a professional, so who knows? Only further research will tell....

Moorehead died on April 30, 1974, in Rochester, Minnesota. You can find out more about Moorehead's life in Charles Tranberg's 2006 book, I Love the Illusion: The Life and Career of Agnes Moorehead. 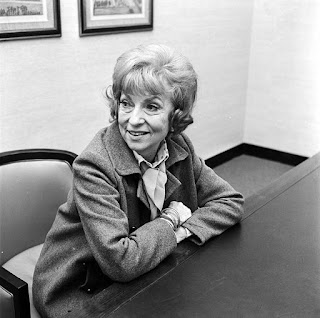 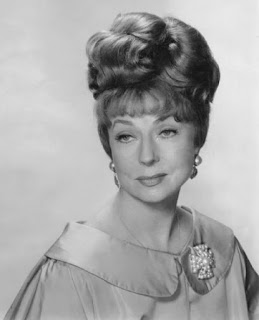 Posted by AlabamaYesterdays at 11:48 AM