A Lynching in Shelby County in 1901: Louis McAdams

In September last year we visited the Legacy Museum and the National Memorial for Peace and Justice in Montgomery. You can read about that visit in a blog post here.

The National Memorial documents over 4000 racial terror lynchings in twelve Southern states and over 300 elsewhere in the United States from 1877 until 1950. Each county where such lynchings have occurred has a monument hanging in the open air memorial. A second monument for each county, which will hopefully be claimed and erected there, forms the rows on the Memorial grounds. Since we live in Shelby County, I naturally paid close attention to that monument. 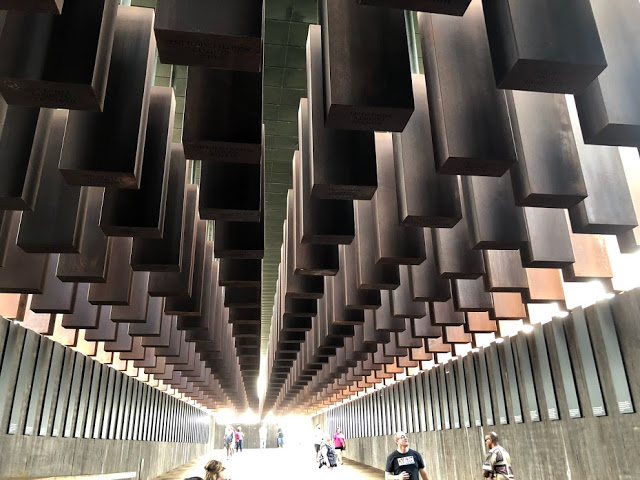 The National Memorial is impressive inside and out. 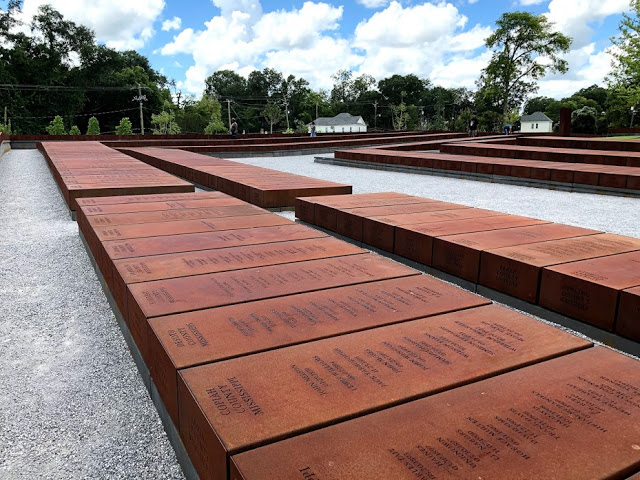 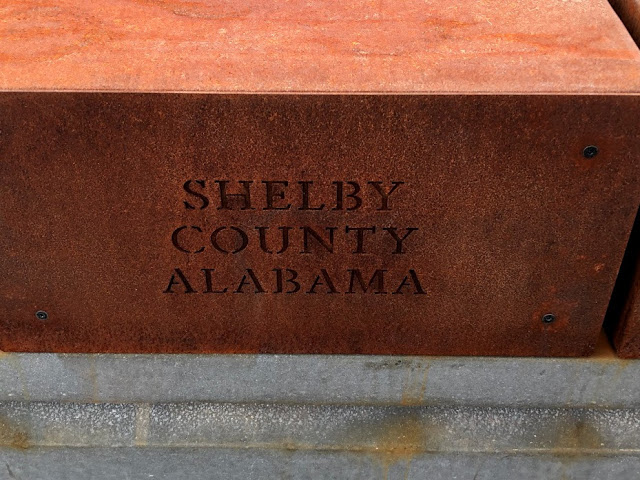 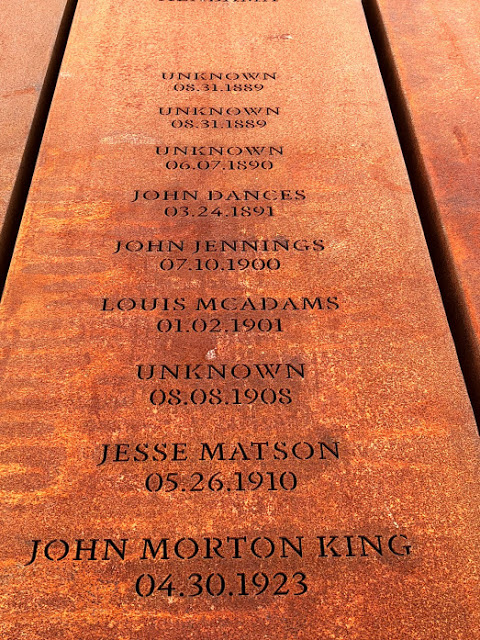 Here's a transcription of the nine documented lynchings in Shelby County:

UPDATE: In late August 2019 the Montevallo City Council approved an historical marker about these lynchings.

In doing a bit of research myself, I've found some interesting details about the January 2, 1901, lynching of Louis McAdams. This post shares that information.

I found five distinct items about the lynching in contemporary newspapers. I'll discuss those below.

I also found some information about McAdams in the U.S. Census. He appears as a one year-old child of Jackson and Fannie McAdams of Wilsonville in the 1880 count. Jackson was about 65 years old and from South Carolina. His occupation was listed as farmer. The 1880 non-population agricultural census noted Jackson owned ten acres in Beat 9 of Shelby County. Fannie, 45, was an Alabama native. Four other children ranged in age from four to 17.

The 1900 Census finds Louis at age 25 living with his mother Fannie, then 70. Louis' birthday is listed as May, 1875, with no day given. Oddly, Louis could read but not write. That birthdate, his age and his mother's age do not mesh with the 1880 Census, but such discrepancies are common in census records. McAdams' occupation is given as farm laborer.

Thus we know that Louis was in his early or mid-twenties and living in Wilsonville at the time of his lynching. Fannie later appears in the 1910 Census, age 85 and widowed, living on Teague Bridge Road in Wilsonville. Two young people, Homer and Luanna Blakey ages 21 and 19 were living with her. She had had 18 children; nine were then living. She could neither read nor write.

McAdams was the only lynching victim in Shelby County for which I found information in my initial research. Perhaps I can further document others in the future. 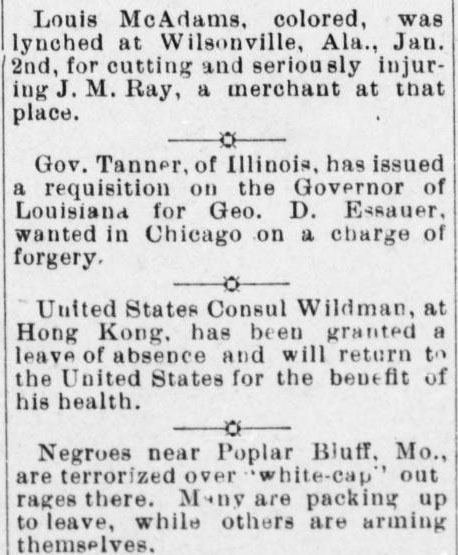 The first item above identifies the man McAdams was accused of "cutting and seriously injuring" as J. M. Ray, "a merchant of that place", i.e., Wilsonville. I found several J.M. Rays in Shelby County in census records between 1880 and 1910, but none listed as a merchant.

Note the last item in the extract above describing outrages by "white-cap" activity in Poplar Bluff, Missouri. You can read more about the vigilante whitecapping movement here. 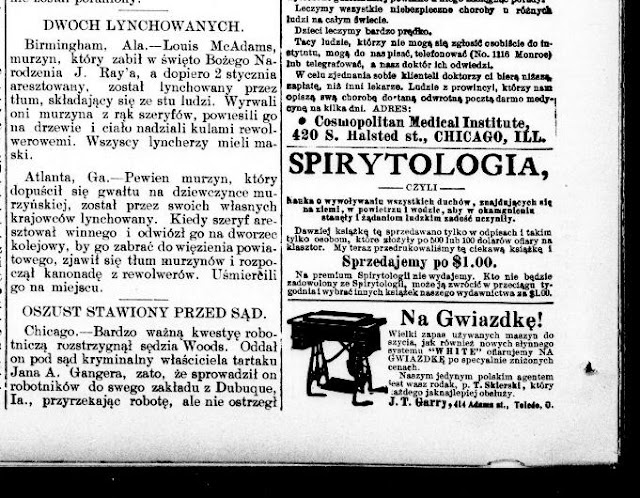 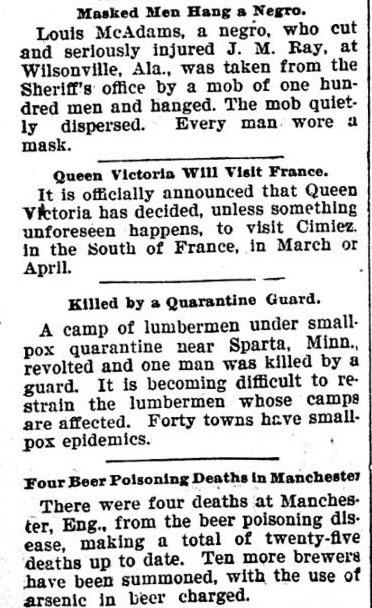 In this item we learn some more details. Louis was taken from the sheriff's office by "a mob of one hundred men" who hanged him and then quietly dispersed. "Every man wore a mask." I wonder if Louis was just left hanging from a tree branch? 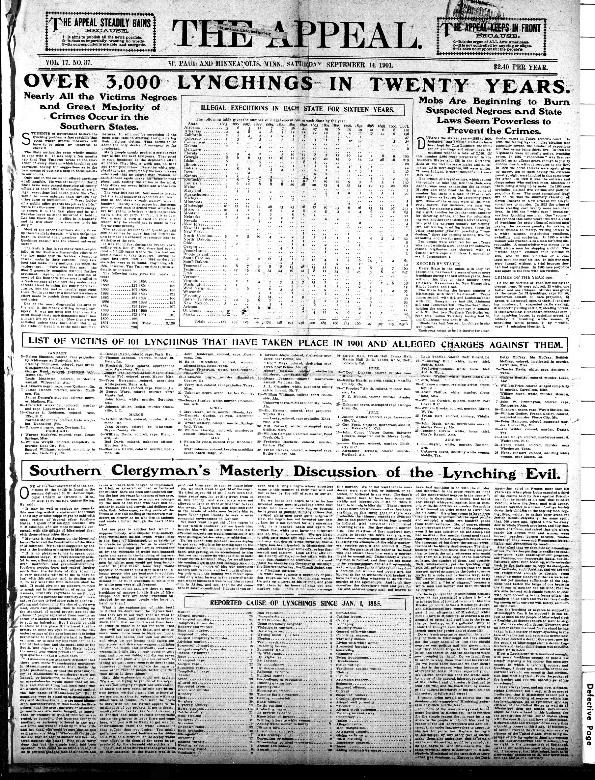 Front page articles on lynchings & a list of 101 lynchings thus far in 1901. McAdams is included in the listing. 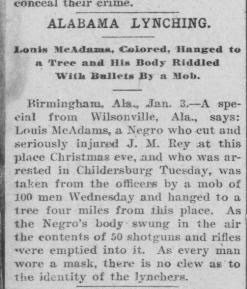 This account is the longest one I found and gives us additional details. We learn that the altercation with Ray [misspelled "Rey" here] took place on Christmas Eve, 1900. McAdams was arrested in Childersburg on Tuesday, January 2, 1901, and seized by the mob the following day. He was hanged from a tree four miles from Wilsonville and "As the Negro's body swung in the air the contents of 50 shotguns and rifles were emptied into it."

Since there were 100 masked men, I wonder why only half supposedly fired their guns at McAdams. A sudden attack of restraint on the part of half the mob? This story was apparently filed in Birmingham, as "a special" from Wilsonville. Did these extensive details come from an eyewitness?

Louis McAdams' lynching was also noted briefly in four other papers I located:

Another general resource on lynching in the United States is the "American Lynching" site. This source gives 347 total lynchings in Alabama from 1882 until 1968, with 299 black victims & 48 white. In the "Explore" section you can get a list of Alabama's victims by county.

Monroe Work was an African-American sociologist who spent much of his career at Tuskegee. One of his many projects there documented lynchings. A web site devoted to him has an extensive bibliography on the subject. A 1931 map of lynchings based on his research can be found here.

Wikipedia has a long article on the subject here. 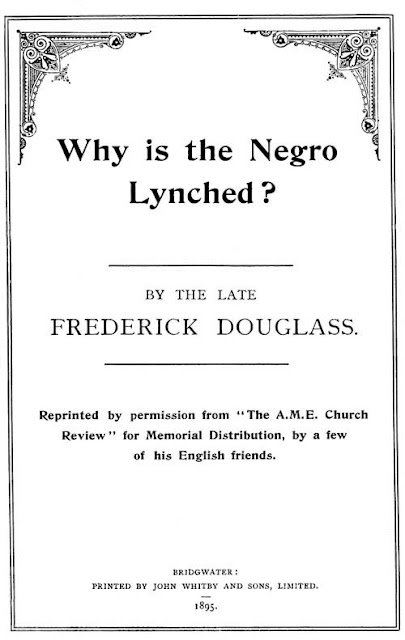 
In its report on lynching in America, the Equal Justice Institute in Montgomery  gives the following description of its sources and results:


Racial terror lynching was much more prevalent than previously reported. EJI researchers have documented several hundred more lynchings than the number identified in the most comprehensive work done on lynching to date. The extraordinary work of E.M. Beck and Stewart E. Tolnay provided an invaluable resource, as did the research collected at Tuskegee University in Tuskegee, Alabama. These sources are widely viewed as the most comprehensive collection of research data on the subject of lynching in America. EJI conducted extensive analysis of these data as well as supplemental research and investigation of lynchings in each of the subject states. We reviewed local newspapers, historical archives, and court records; conducted interviews with local historians, survivors, and victims’ descendants; and exhaustively examined contemporaneously published reports in African American newspapers. EJI has documented 4084 racial terror lynchings in twelve Southern states between the end of Reconstruction in 1877 and 1950, which is at least 800 more lynchings in these states than previously reported. EJI has also documented more than 300 racial terror lynchings in other states during this time period.

Posted by AlabamaYesterdays at 7:24 AM