One thing I like to do on this blog is highlight some of Alabama's lesser known authors. The state has a rich literary history that's not limited to such well known figures as Harper Lee, Fannie Flagg and Rick Bragg. So next up in this post is John Craig Stewart.


Stewart was born in Selma on January 20, 1915 and died in North Carolina in 2003. According to the 1940 U.S. Census he was living in Montgomery and had been there since 1935. His address was given as 615 South Perry Street. Stewart had married Patti Gee Martin in February 1939. On October 16, 1940, he registered for the military draft, and that form gives us more information. Stewart was six feet tall and weighed 160 pounds, with light complexion, blue eyes and brown hair.

We can find a fairly detailed outline of his subsequent life and career at the Alabama Authors site maintained by the University of Alabama Libraries. He served in the U.S. Army during World War II from 1941 until 1945, leaving the military with the rank of major. By 1950 he had earned bachelor and master degrees from the University of Alabama and joined the faculty there. He and Patti divorced in 1952; Stewart married Lila Harper in 1960.


Stewart's publications include both fiction and non-fiction. His first novel Through the First Gate appeared in 1960; a second, Muscogee Twilight in 1965 and a third one, The Last to Know in 1981. He also published short stories and  articles on Alabama history. His one non-fiction book was the 1975 The Governors of Alabama. He also contributed to the textbook for elementary school students, Know Alabama, and to Rivers of Alabama.

More details and comments are below. 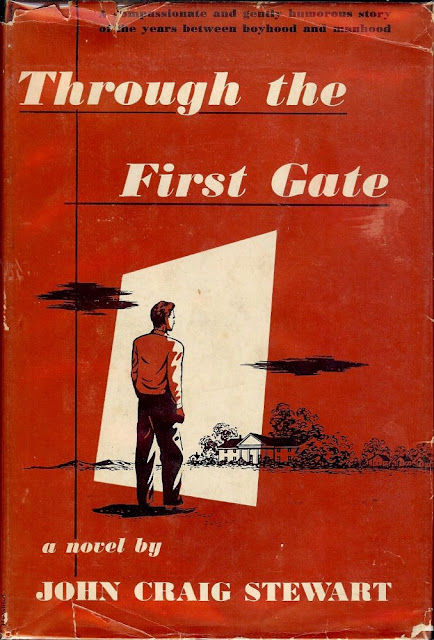 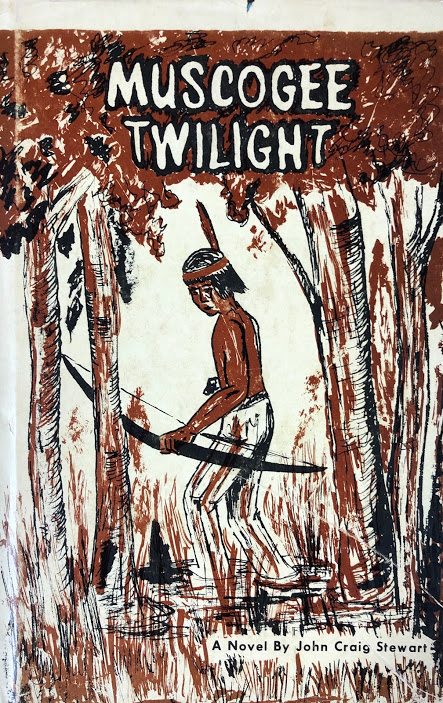 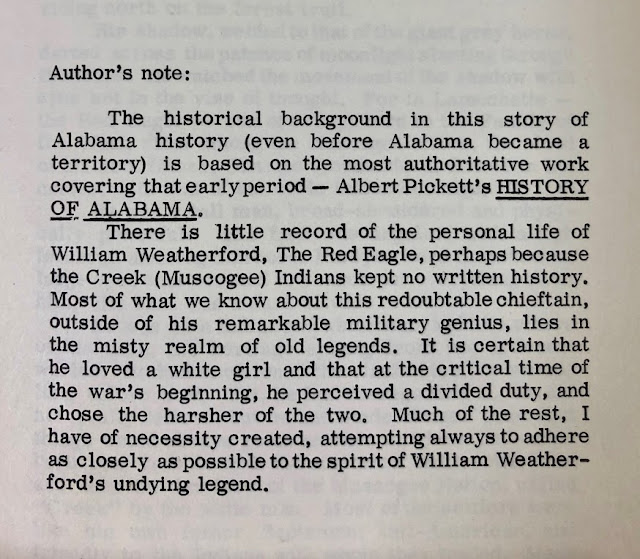 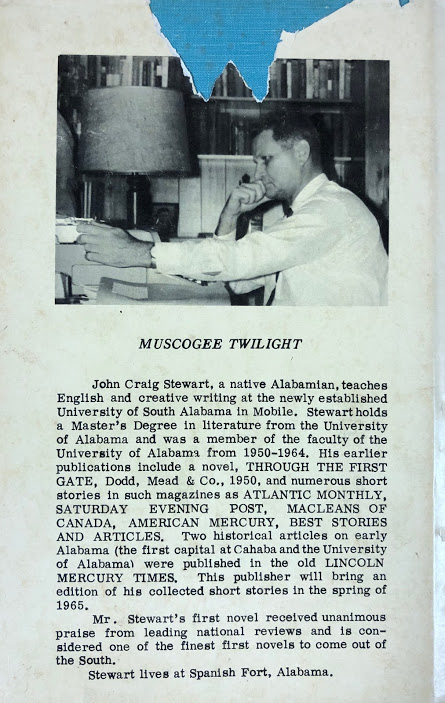 This back cover offers a bit more information about Stewart. Several magazines that published his short stories are mentioned; I've only found details on one, noted below. We learn that Stewart was living in Spanish Fort, a town of less than 2400 people at the time. Also mentioned is the publisher's plan to issue a collection of his short stories, a volume that apparently never appeared. The Lincoln-Mercury Times 1951 article by Stewart, "University of Alabama", can be found here. 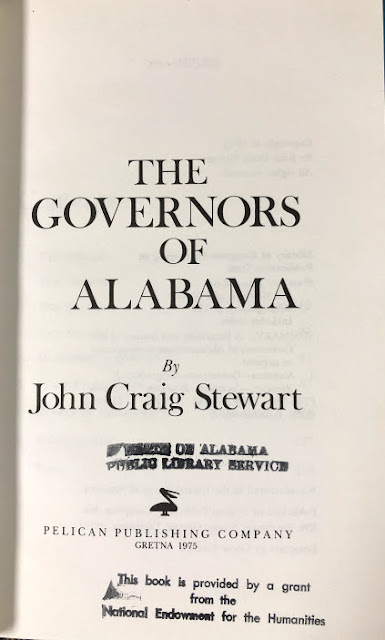 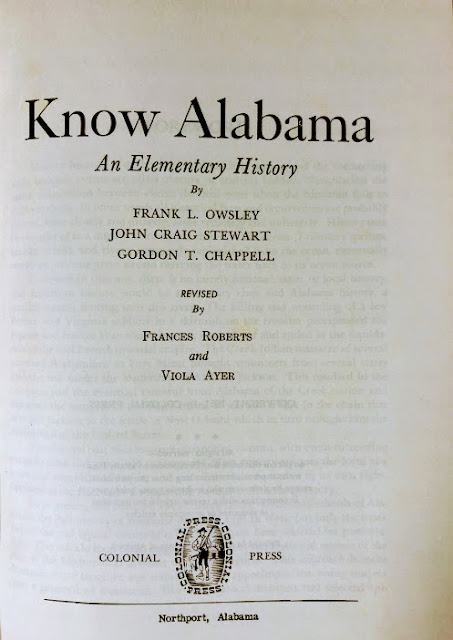 A fifth edition was published in 1981. The first edition appeared in 1955. 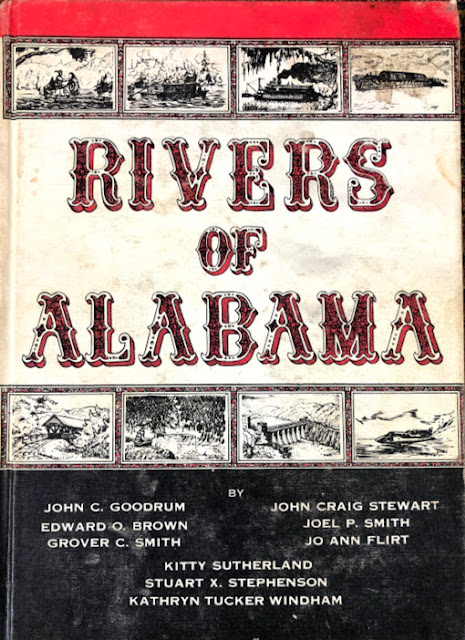 Stewart published the novel The Last to Know in 1981, but I have been unable to find a cover image. 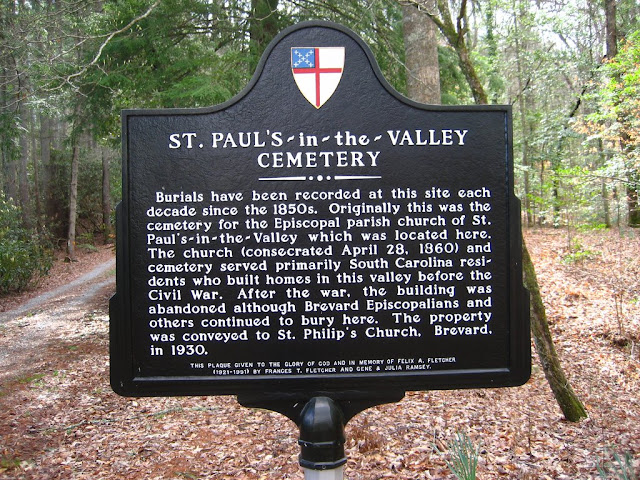 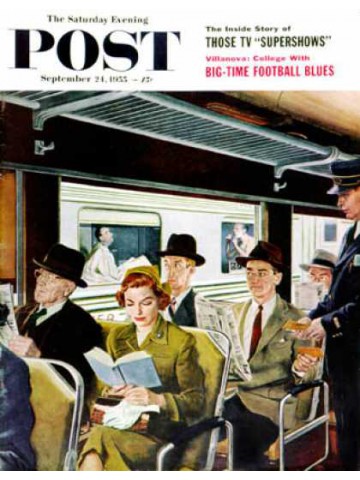 The only published short story by Stewart I've tracked down so far is this one in a 1955 issue of the Saturday Evening Post. I notice some fellow named Kurt Vonnegut also had a story in this issue; he sounds familiar....