Bankhead was born in 1869 into what became one of the state's premier political families in the late 19th and first half of the 20th centuries. Her father John H. Bankhead was a future U.S. representative and senator. Younger brother John H. Bankhead, Jr., also served in the U.S. Senate and another younger one, William B. Bankhead, rose to the office of Speaker of the U.S. House of Representatives. Her mother Tallulah was the namesake for her niece, actress Tallulah Bankhead, daughter of William.

In 1893 she married attorney Thomas McAdory Owen. Using her family's connections, Marie and Thomas convinced the state legislature to establish an Alabama History Commission and in 1901 the Alabama Department of Archives and History. At their initial meeting ADAH trustees appointed Thomas to lead the department, which was the first such entity in the nation. When Thomas died in 1920, Marie was appointed to the post and served until 1955, three years before her death.

Marie began publishing in various magazines early in the 20th century, and became society and then features editor and writer for the Montgomery Advertiser from 1911 until 1917. By the time that 1919 centennial came around, she was ready to participate. She ultimately wrote six historical plays and four histories for schools related to the event.

Below are title pages and links to the full texts for some of those writings by Owen. She would continue to write historical materials after the centennial and in 1927 even published a novel, Yvonne of Braithwaite. Also below is some information on the Alabama Centennial half dollar and a couple of other items.

I've done a bit of preliminary research into a possible semi-centennial in 1869, but have found nothing so far. Since that was just four years after the end of the Civil War, I wouldn't be surprised if that anniversary had no formal celebration. 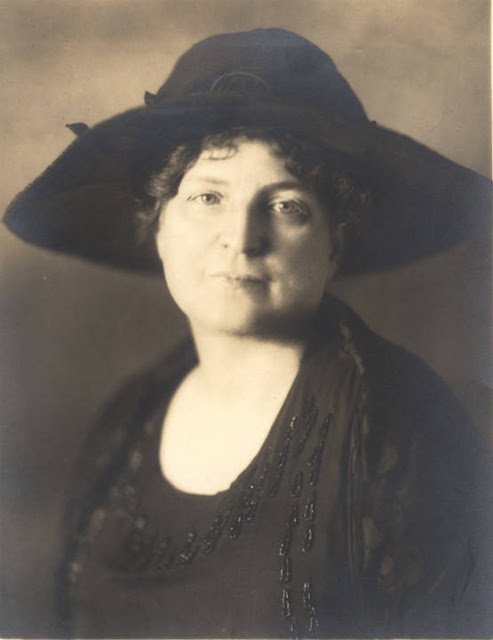 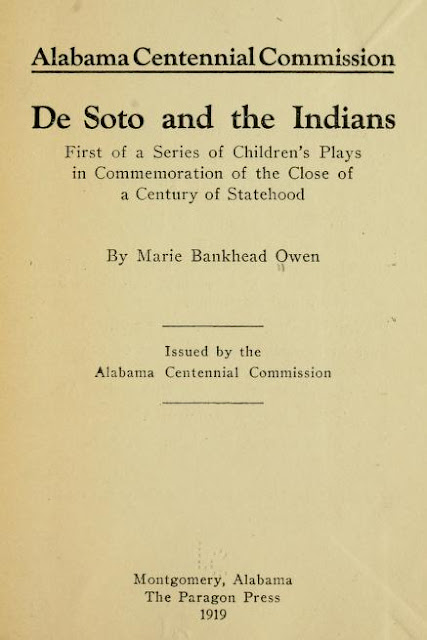 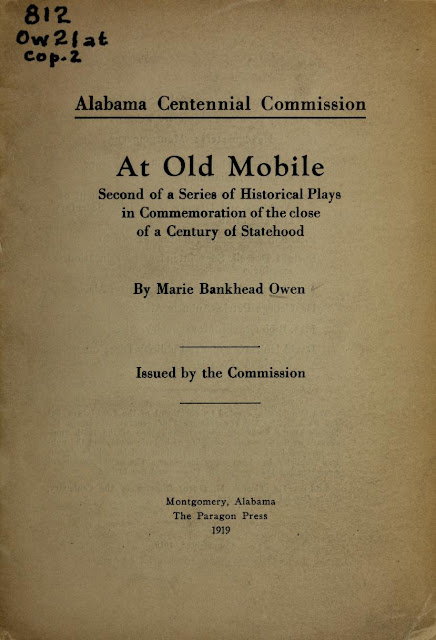 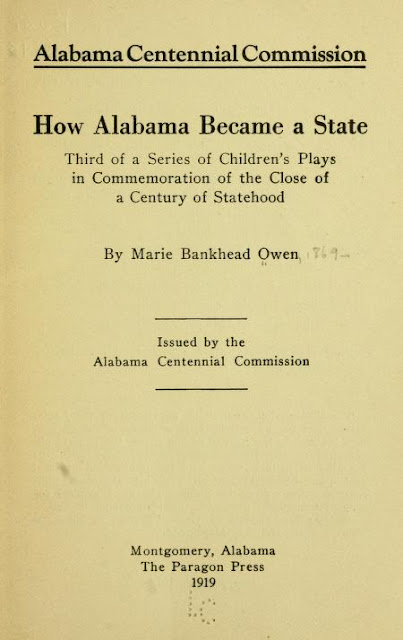 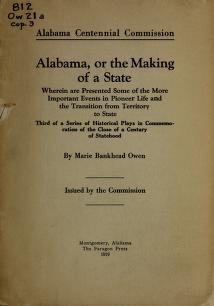 I don't know how long Paragon Press operated, but in 1928 they published a pamphlet celebrating their silver anniversary. On February 17, 1918, the state legislature created the Alabama Centennial Commission. I'm not sure what else they did during the actual centennial period except issue Owen's publications. However, in September 1922 the Commission was apparently still operating. 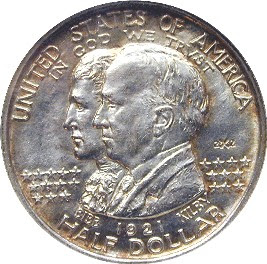 In 1921 the U.S. Bureau of the Mint issued a half dollar to commemorate the state's centennial. The coin was designed by sculptor Laura Gardin Fraser. I wonder if David Holt was the only publicity director the commission had; if so, May 1 seems a bit late to be starting such promotion.

Pensacola Journal 1 May 1919 via Chronicling America

Posted by AlabamaYesterdays at 8:53 AM