The Doctor, His Son the Spy & The Police

Did you know Alabama has a direct connection to the rock group The Police? Let's investigate.

I jumped down this rabbit hole recently when I consulted the Wikipedia entry for that group's drummer, Stewart Copeland. Dianne and I had been re-watching a favorite TV show, Dead Like Me, and I realized he had written the music that opens each episode [and very catchy it is!]. Since The Police disbanded, he's composed for a number of films, TV shows, and video games.

As noted in his entry, Copeland is the son of Miles A. Copeland, Jr., who was born on July 16, 1916 in Birmingham. Both his father and his Scottish mother Lorraine worked for intelligence agencies during World War II. After the war Miles Jr. and family settled in the Middle East; he worked on many covert operations for the CIA until his retirement in 1957. Lorraine became an archaeologist specializing in the region.

The family remained in the Middle East until moving to London in 1970. Miles Jr. sometimes returned to the agency on special assignments. Before his death in 1991 he kept busy writing articles for magazines and newspapers, books on foreign policy and an autobiography. Copeland was prominent enough to rate an obituary in the New York Times. He is buried in England.

The Wikipedia entry for Miles Jr. simply notes his birth in Birmingham as the "son of a doctor". So, what was his father's story? Since I've done a bit of medical history on this blog and elsewhere, that little tidbit caught my interest. So here we go...

Miles (Meter) Axe Copeland was born July 24, 1868, in Illinois. He died on March 9, 1958, and is buried in Elmwood Cemetery. I have yet to find out what he did in the first three decades of his life, but by the early 20th century he was in Alabama. He graduated from the Birmingham Medical College in 1903 and was certified by the Jefferson County Board of Medical Examiners in that same year. You can see the school's faculty and graduating students for 1902-1903 here. Copeland's instructors there included some of the state's most prominent physicians at the time, including William E.B. Davis, his brother John D.S. Davis, and Edgar P. Hogan.

I have traced some of the family's residences and Copeland's medical offices through entries in the U.S. Census and the annual American Medical Directory [AMD]. In 1912 they were living at 721 South 20th Street [AMD]. The 1920 Census shows them at 2208 17th Avenue. The AMD shows them living at 2128 16th Avenue South in 1929 and 1931, as does the 1940 census. The Census listings note that Copeland owned his homes.

His office was in the Farley Building in 1912, the Watts Building in 1929 and at 1927 1st Avenue North in 1931 [all AMD]. The BhamWiki entry on the Farley Building shows Copeland's office in room 406 in 1909, which is the date the building opened. He may have had his office there until the Watts Building opened in 1927. For some reason he moved yet again to the 1st Avenue North location by 1931.

In the 1920 census they were living at the 2208 17th Avenue address. Son Miles was 3, their younger son Hunter was 1. A couple boarded with them. In 1940 Miles was 23 and Hunter was 21. Both were living again with their parents and are listed in the census as divorced. Miles' occupation was given as "sales manager", Hunter's as "office salesman". We know what happened to the younger Miles; I wonder about Hunter. The family had two young men as lodgers.

One of Stewart's brothers, Miles Copeland III was born in London and graduated from Birmingham-Southern College in 1966. He has been active in the business end of music; his various ventures have included founding I.R.S. Records and various talent and booking agencies. He managed among others such bands as  Wishbone Ash and The Police, as well as Sting's solo music and acting careers. One of his agencies was Copeland International Arts or CIA.

A third brother, Ian Copeland, was a music promoter and booking agent who helped launch the New Wave movement in the U.S. His memoir, Wild Thing: The Backstage, On the Road, In the Studio, Off the Charts Memoirs of Ian Copeland, was published in 1995. He died the following year.

Some further comments are below. I wonder where Sting's father was born? 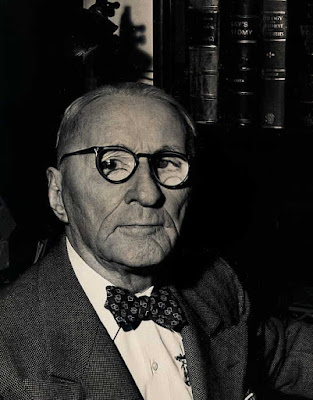 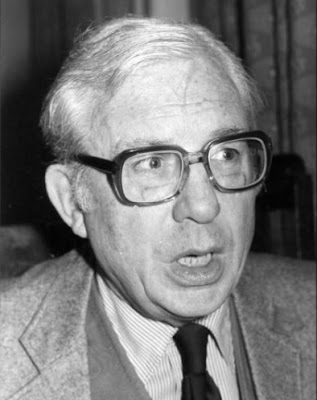 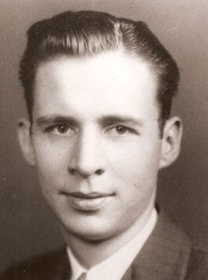 Miles A. Copeland, Jr., as a young man 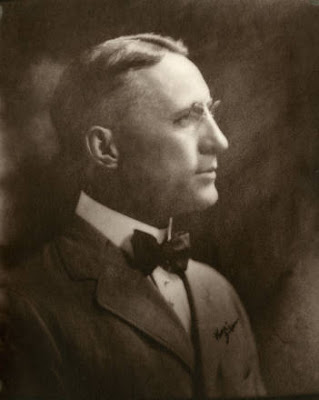 After graduating from the Birmingham Medical College, a private institution, Dr. Copeland joined the faculty of the school. This photograph dates from that period. BMC closed in 1915. 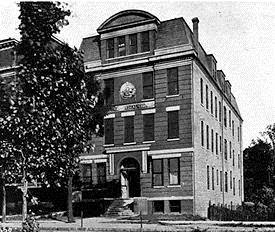 Birmingham Medical College in 1912. Dr. Copeland both studied and taught here. This building stood on the same block as Hillman Hospital and Jefferson Tower, an historical area I have called "Birmingham's heaviest medical block." 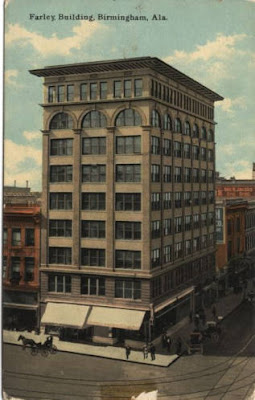 Farley Building on Third Avenue in a postcard around 1910 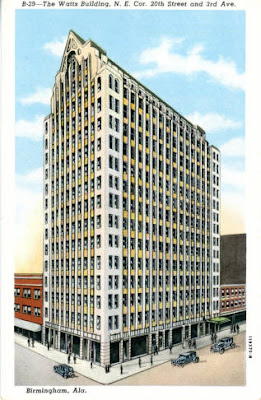 The building is located at 20th Street and Third Avenue North