After his football playing days at the University of Alabama ended, Dothan native Johnny Mack Brown signed a contract with MGM and took up residence in Hollywood. His spectacular performance in the team's win at the 1926 Rose Bowl against the University of Washington--which was heavily favored--created a media sensation. Brown even made the front of the Wheaties cereal box. Producer and director King Vidor took notice; Brown went to California again in 1927 and had a long career in the movies. His first film appearance came that year in Slide, Kelly, Slide--a baseball movie.

Brown became best known as one of the kings of the B westerns; he starred in dozens--and dozens. Yet in the early part of his career--mostly the silent movie part--the studio attempted to make him a leading man to play alongside some of Hollywood's female stars including Mary Pickford, Joan Crawford [several times] and Norma Shearer. He even acted with fellow Alabama native Dorothy Sebastian--along with Crawford--in Our Dancing Daughters also released in 1928. In the following year he starred opposite Mary Pickford in her first talkie Coquette--for which she won an Academy Award. He was sometimes billed as John Mack Brown in those days.

In 1928 Brown appeared in eight films. I recently watched one of those efforts, A Lady of Chance, released on December 1 of that year. Brown is the romantic lead opposite Norma Shearer, at the time one of the biggest stars of either sex in Hollywood. She also happened to have married the previous year Irving Thalberg, who at the age of 26 in 1925 became head of production at the newly formed MGM studio. I wonder if the former football player from Alabama was a bit nervous his first day on the set?

I'm going to do something a bit different with this topic, five different posts containing about twenty screen shots each from the movie. That will take us through the entire 78 minute film. Why am I doing this? Well, this movie not only stars an Alabama native early in his career, but a significant portion of the film is set in the state as well. So there's that. Hmm, I wonder where that idea came from?

Comments are below many of the photos. I'll have some final thoughts on the film at the end of the last post. 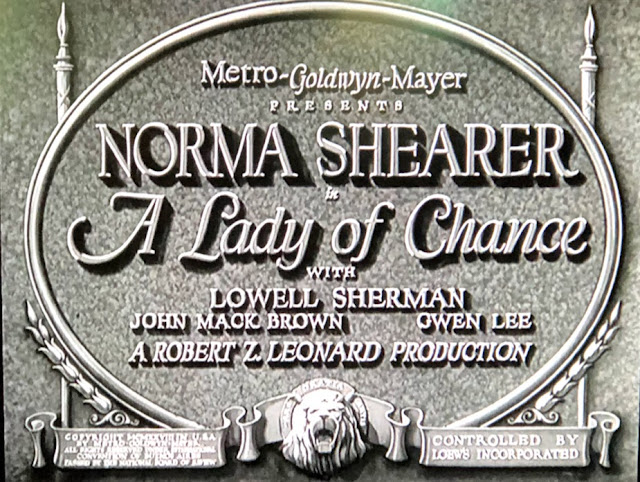 This production was Norma Shearer's last silent film. She continue acting until 1942; her final film was Her Cardboard Lover. Shearer was the first actor to be nominated five times for an Academy Award; she won in 1930 for The Divorcee. Her brother Douglas G. Shearer was a pioneer of sound design in motion pictures; he won seven Academy Awards during his long career. The two were the first siblings to win that award.

The film was written by A.P. Younger and Edmund Goulding. Younger wrote for some 60 films between 1919 and his suicide in 1931. Goulding had a long career as screenwriter, director, songwriter and producer; he directed the classic film noir Nightmare Alley in 1947. He died in 1959.

The film was edited by Margaret Booth, whose Hollywood career spanned nine decades.

As of this writing, you can view A Lady of Chance on YouTube. 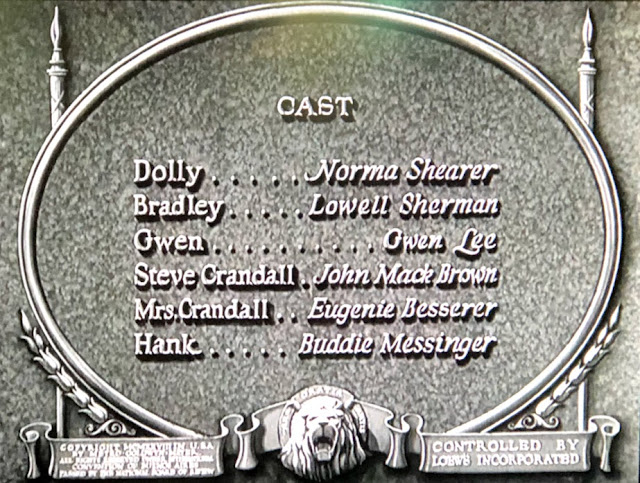 Three supporting actors in this film were all veterans. Lowell Sherman who played Brad, had success as both an actor and director. He directed May West and Katherine Hepburn in two successful films before his untimely death at age 46 in 1934. Gwen Lee, who played Gwen, had mostly supporting roles in some 60 films. Eugenie Besserer often played mother roles as she did here; she acted that part for Al Jolson's character in The Jazz Singer. 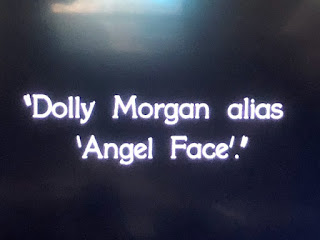 The early part of the film introduces us to Dolly Morgan, known as "Angel Face".  She is a parolee still using her looks to entrap wealthy men into situations where she can relieve them of some of that wealth. Two other con artists, Gwen and Brad, recognize her and persuade her to join them in their next job. The pair attempt to bilk Morgan out of her share after their success, but she manages to steal the entire $10,000 and disappear. 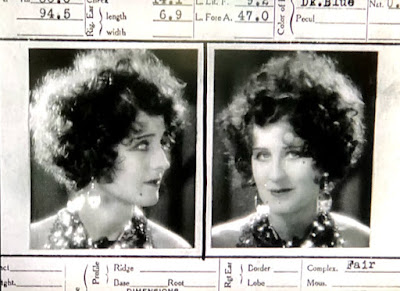 Here's what the New York City police had on "Angel Face" 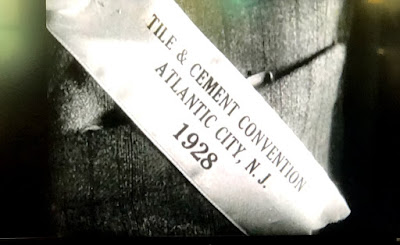 Dolly next turns up in Atlantic City where she happens to meet Steve Crandall, a businessman from Alabama, at a convention. 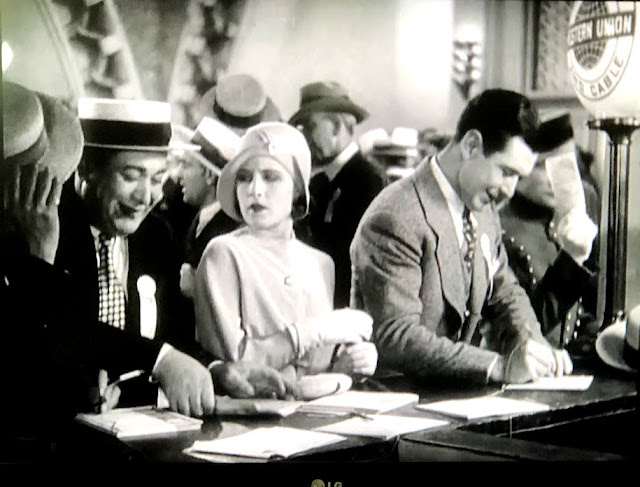 Steve is working on a telegram but is interrupted before he pays for it. 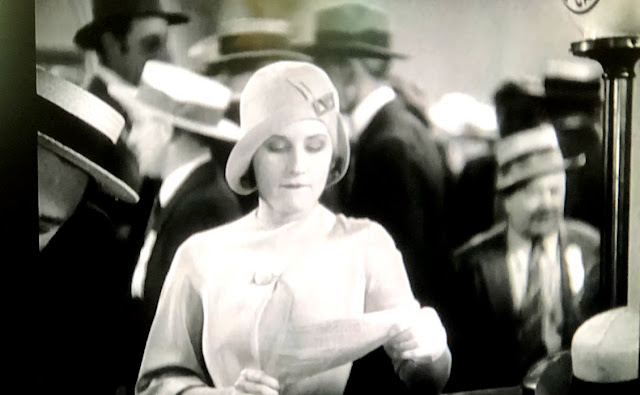 Dolly reads the telegram to Crandall's mother, which mentions the coming deal that will be worth a million dollars. Naturally, Dolly's interest in Steve is immediate. 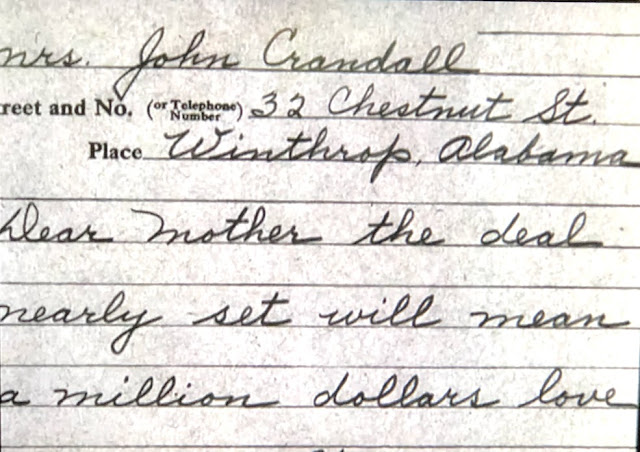 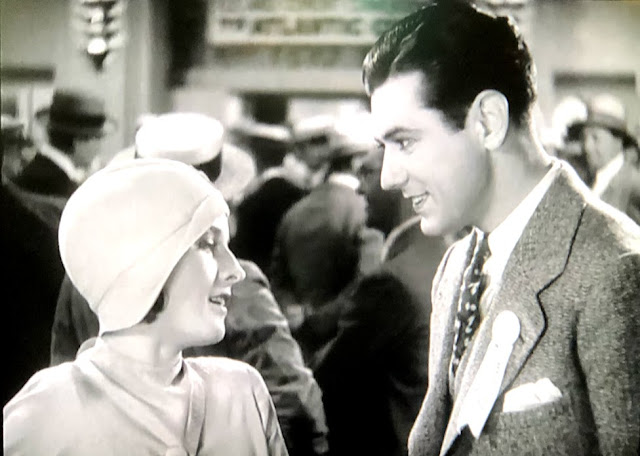 Dolly pays for the telegram, and thus the cynical and crooked city woman and the innocent from Alabama can "meet cute." 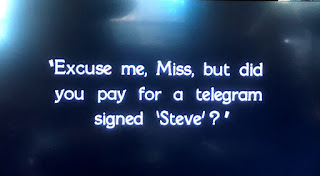 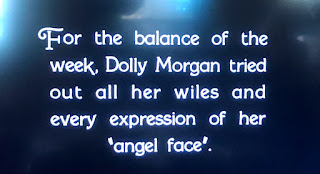 And does Steve ever fall hard for that "angel face". 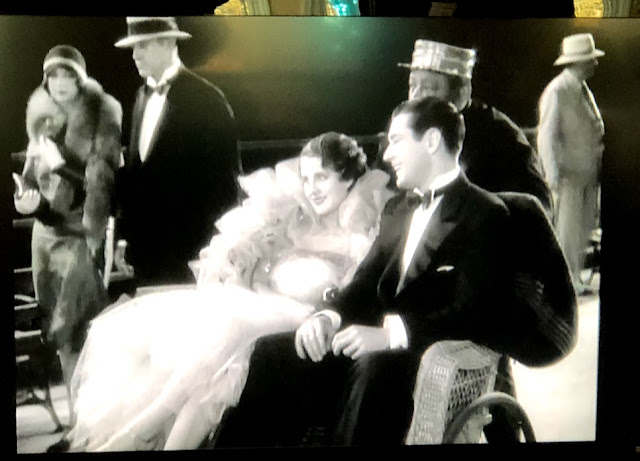 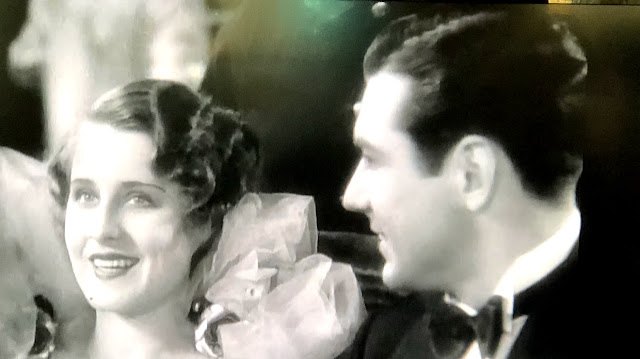 You can just see the wheels turning in Dolly's head as she realizes she has this sap in the palm of her hand and plots her way to Steve's coming riches. 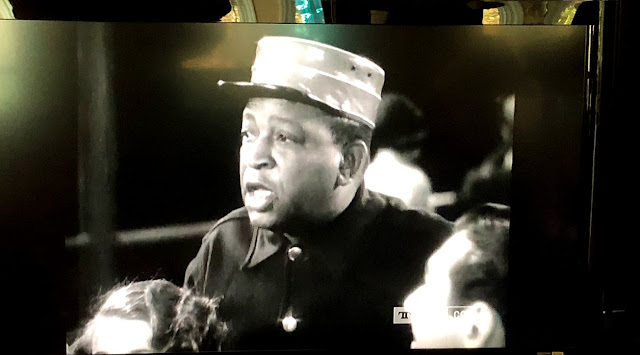 The black man pushing their cart through the park one evening has been entertaining them with song, so here we have the first "ahem" moment of this more than eighty-year-old film. This actor looks familiar, but he is unlisted in the film's entry on IMDB.