Our adventure through  A Lady of Chance, the 1928 film starring Johnny Mack Brown and Norma Shearer continues. Part one can be found here.

We pick up the action on Dolly and Steve's date in the park, where the talk has turned to the value of plantations....

Dolly no doubt has visions of how wealthy Steve must already be, living on a plantation and all.... 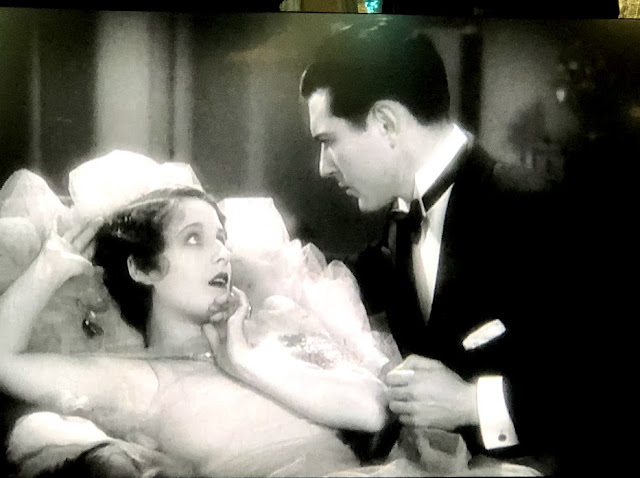 The couple soon ends up in Dolly's hotel room, where Steve makes his declaration:

Not only that, but he asks her to marry him, too! 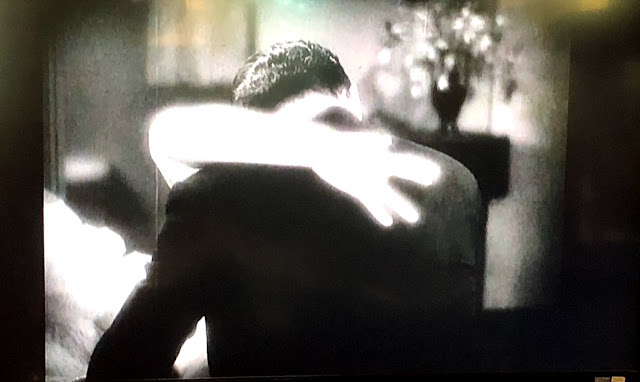 They confirm their feelings with a hug and kiss, and Dolly agrees to marry Steve. But of course she has two fingers crossed. 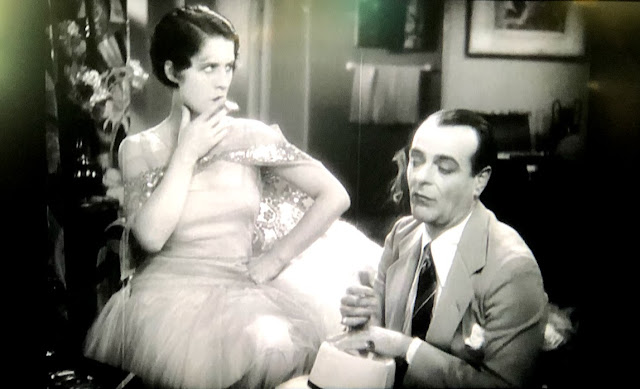 Dolly's old partner in crime Brad shows up while she is packing. He wants his share of their latest crime, but Dolly outwits him again and heads south with Steve. 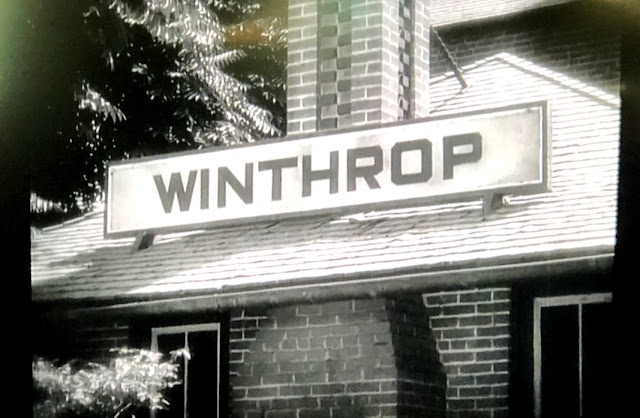 The newlyweds soon arrive in Steve's hometown of Winthrop, Alabama. 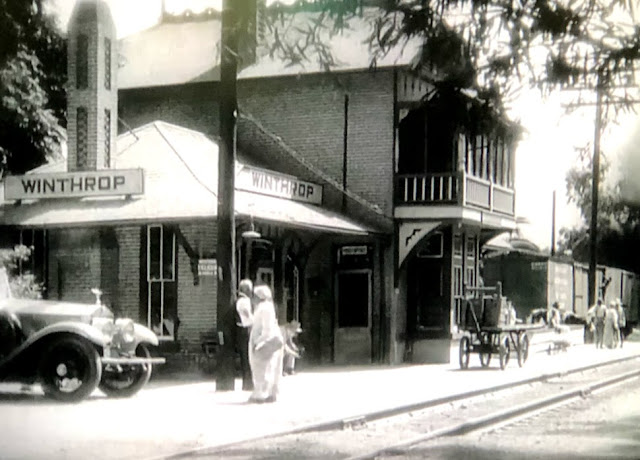 The workers at MGM worked their magic to create an "Alabama" town on the set in Hollywood where the film was shot. 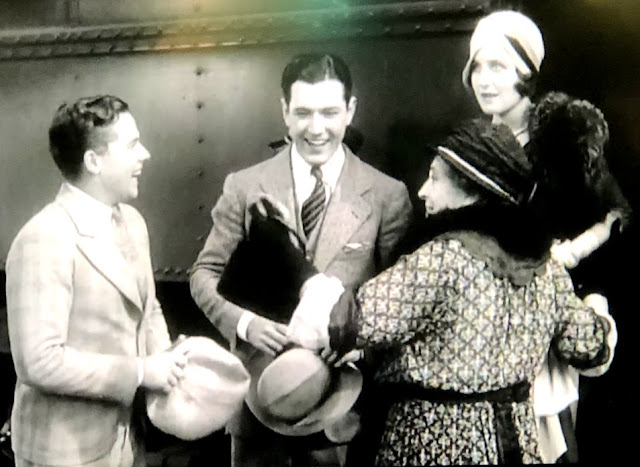 Steve's mother and brother Hank meet the newlyweds at the train station, and they drive home. 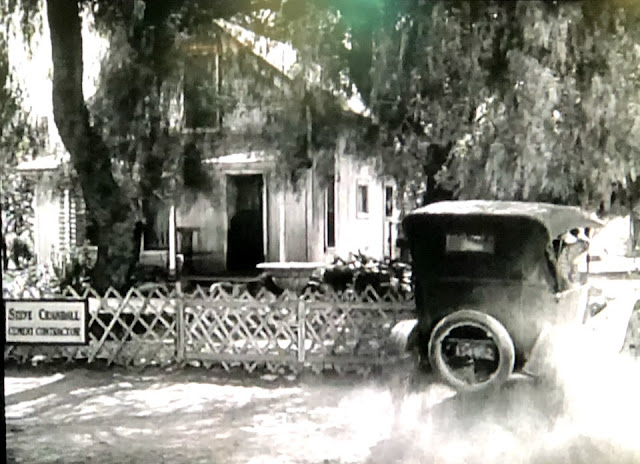 Dolly is surprised that the Crandall homestead is not quite a plantation. That sign declares the location of "Steve Crandall Cement Construction." 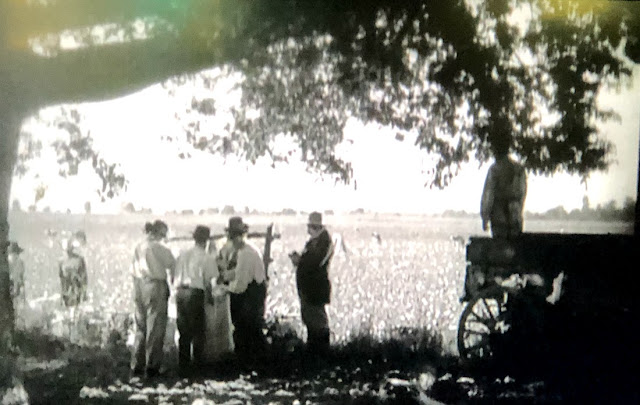 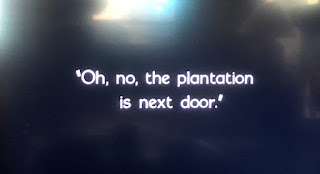 Naturally Dolly is disappointed, but Steve assures her his new cement invention with make them rich. 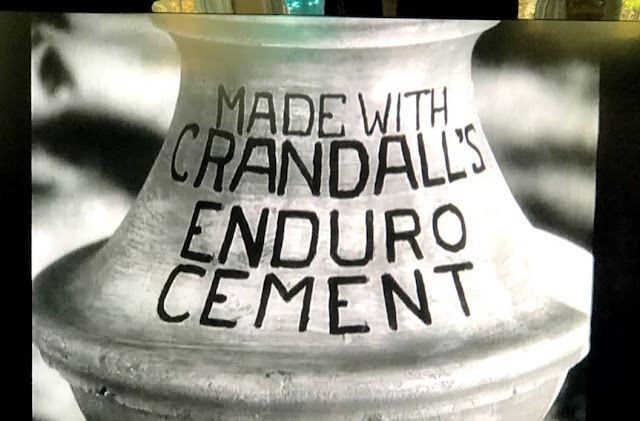 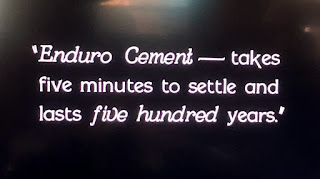 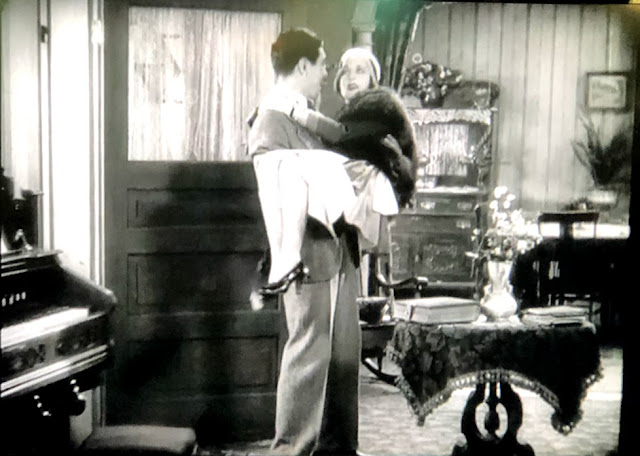 So Steve carries Dolly over the threshold while she is probably wondering what she's gotten herself into.


Posted by AlabamaYesterdays at 8:46 AM