This post is part four of a look at A Lady of Chance the 1928 silent film starring Johnny Mack Brown and Norma Shearer. Part one is here, part two is here and part three is here. 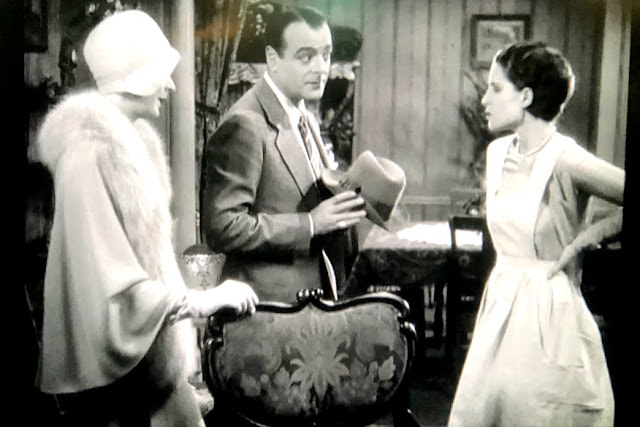 Dolly's old pals Gwen and Brad have managed to track her down and are surprised to find her living where and the way she is. They have presented themselves to the Crandalls as Dolly's cousins and are invited to stay. 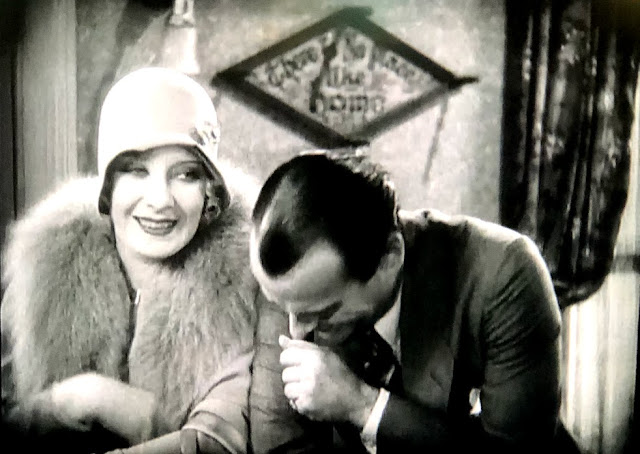 Dolly tells them she's fallen for a man of no wealth, but they don't take her seriously. Dolly gives them the $10,000 in hopes they will leave. 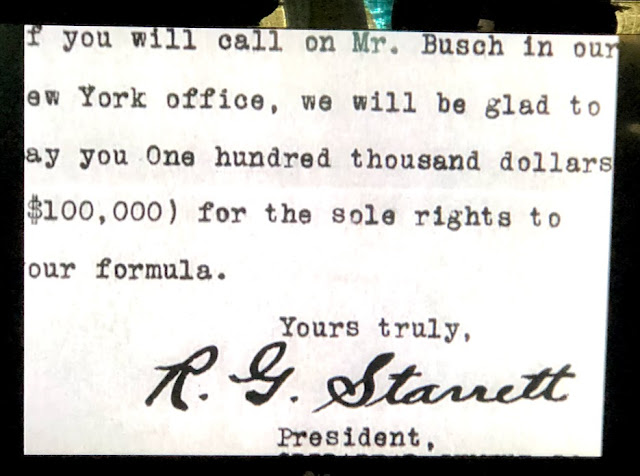 Steve gets a telegram offering him $100,000 for the rights to his cement formula. He shares this good news with everyone, and suddenly Brad has a business investment back in New York he wants to talk about. 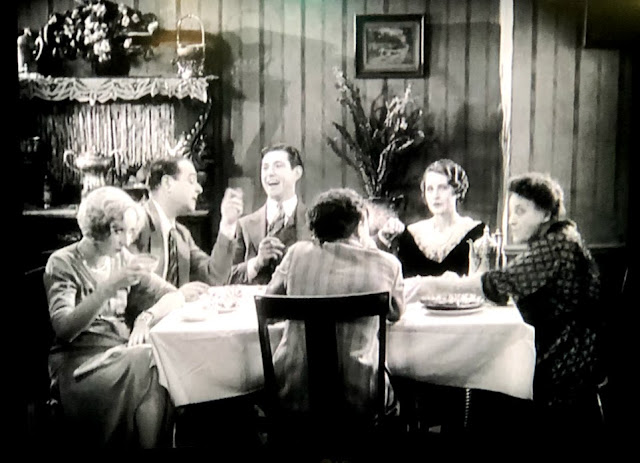 Everyone here is pretty happy except poor, poor Dolly. 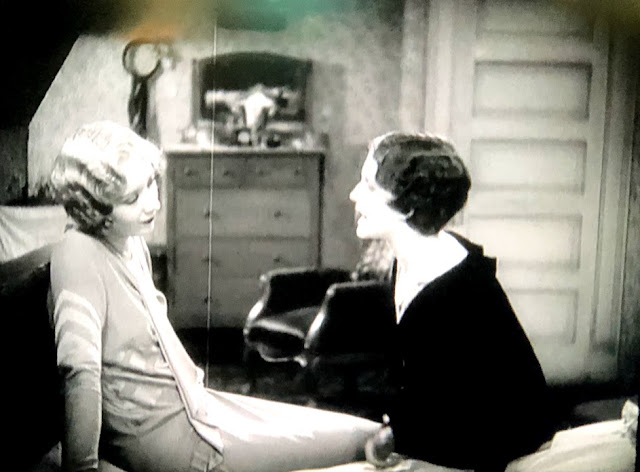 She pours out her heart to Gwen, trying to convince her that she and Steve are really in love. 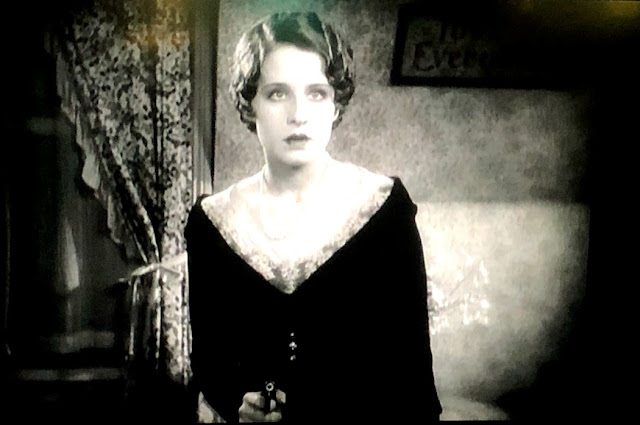 Dolly produces a gun to emphasize her feelings to Gwen. 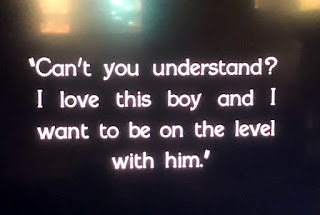 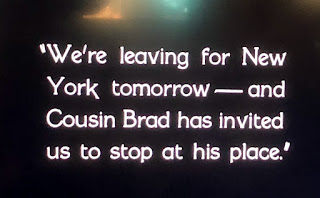 Unfortunately Brad and Gwen are seeing a big payoff and insist they proceed to New York so Steve can sign the "investment" contract. They threaten to reveal Dolly's past if she doesn't go along. 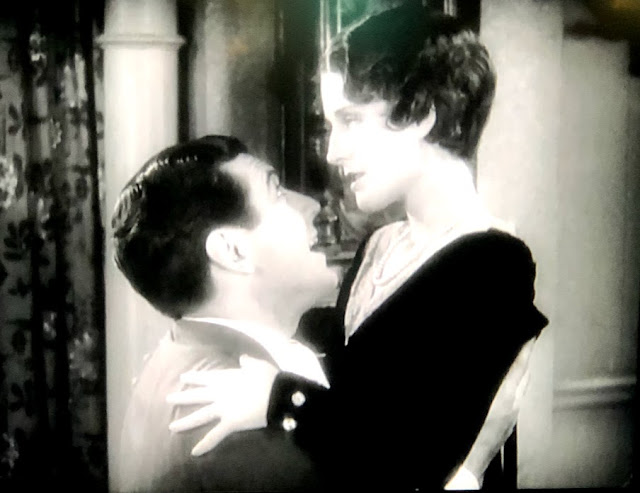 Steve and Dolly are briefly happy as they settle into their hotel suite in the Big Apple. 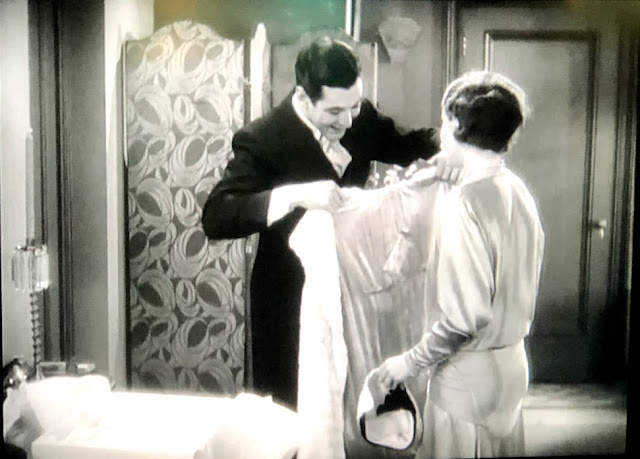 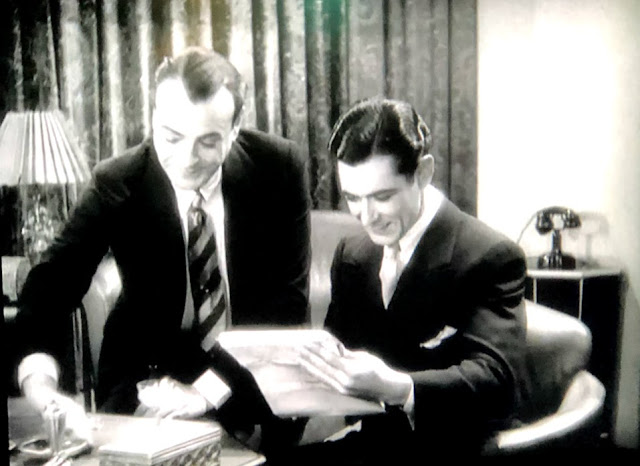 Brad and Steve go over the contract by which he plans to separate Steve and his money. 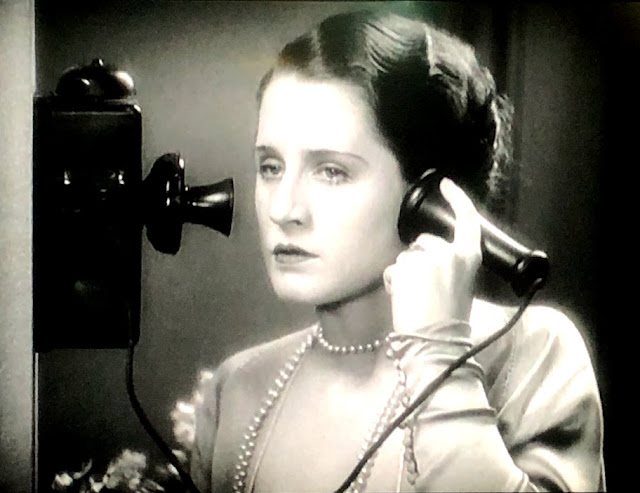 Dolly has had enough. She can't bear to watch Steve get taken and calls the police. 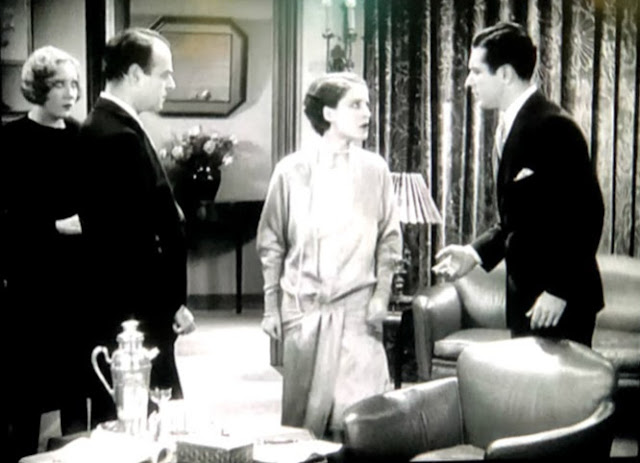 Then she proceeds to blow the whole scam wide open. 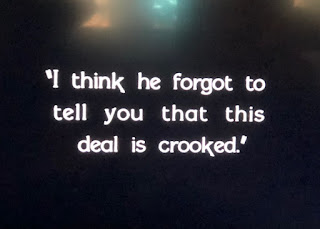 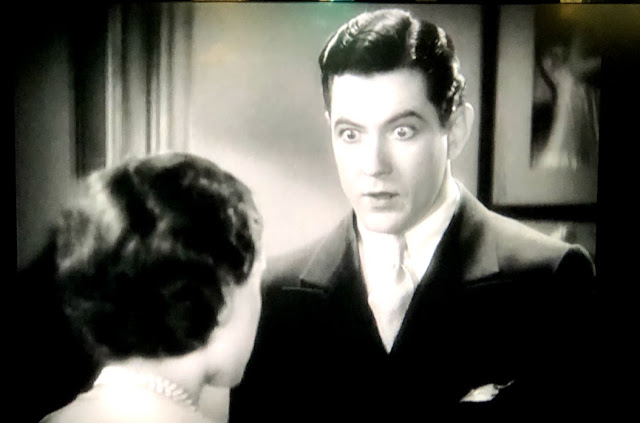 I think we can safely say Steve is surprised.

Posted by AlabamaYesterdays at 8:59 AM