I wandered once again through my collection of books and other printed matter  recently and came across this item. As far as I can determine it's the first of only three issues published of a literary journal that originated in Birmingham. Let's investigate.

The issue was edited by Steven Ford Brown, who cut a wide path in the literary and arts scene in Birmingham in the 1970's and early 1980's. A Florence, Alabama, native, Brown graduated from Huffman High School and settled in Birmingham's Southside in 1973. Over the next decade he wrote a series of profiles of artists and writers for an alternative publication The Paperman. Birmingham native & sports journalist Allen Barra also wrote for the paper, as did Michael Swindle, future author of Slouching towards Birmingham and other books.

In 1975 Brown became editor of UAB's literary magazine, Aura, which is still being published today. In that same year he founded Thunder City Press which eventually became Ford-Brown & Co. and issued books, chapbooks, anthologies and such until 1995. In 1983 the press issued, along with the Birmingham Public Library, Contemporary Literature in Birmingham: An Anthology which included fiction and poetry by local authors.

Brown left Birmingham for Houston in 1983 and then Boston in 1988, where he lives today. He has maintained a very active arts career as an editor and translator in the U.S. and abroad.

This spring 1979 issue of Thunder Mountain Review, "An international magazine of poetry, translations, & reviews", was an effort by Brown to establish a literary journal in Birmingham. As you can see from the back cover below, the issue included work by a large number of poets and others. Some of them were well known then and remain so today. Rainer Maria Rilke was a German-language poet known for his mystical, lyrical poetry; he died in 1926. Vincente Aleixandre was a Spanish poet and 1977 Nobel Prize winner. Spanish poet Leon Felipe had died in Mexico City in 1968. Pablo Neruda was a Nobel Prize-winning poet from Chile who died in 1973. Peter Wild was an American poet and historian. Writers with Alabama connections included Andrew Glaze, Michael Swindle and Isabel Reade.

Thunder Mountain Review combined a focus on both local and world literature that indicates considerable ambition. Like so many such literary or "little" magazines that have started since the early 19th century, TMR did not survive long. Yet these publications serve as an important means of distribution for the works of writers and artists both established and just beginning. 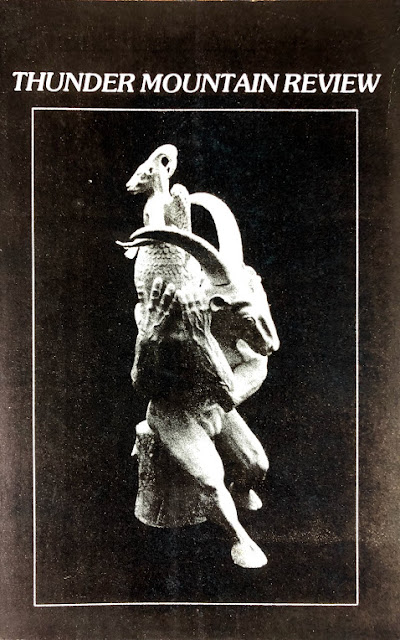 This sculpture on the cover is by Frank Fleming and is called "Untitled".

Two other issues of TMR are known to have been published, one in spring 1980 and another in summer 1982. Some sort of notice or review of TMR appeared in a journal for librarians, Serial Review in V7 N4 October 1981 on page 27 and written by Chris Halla. 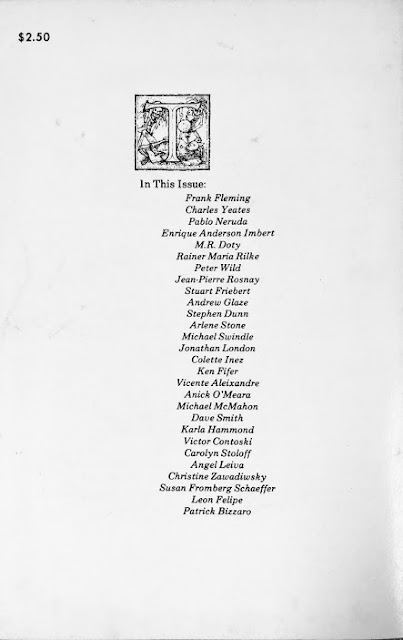 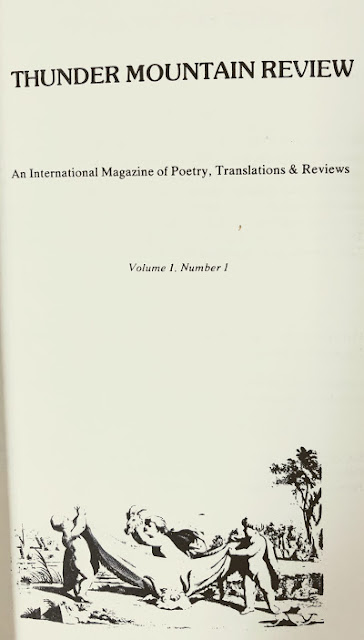 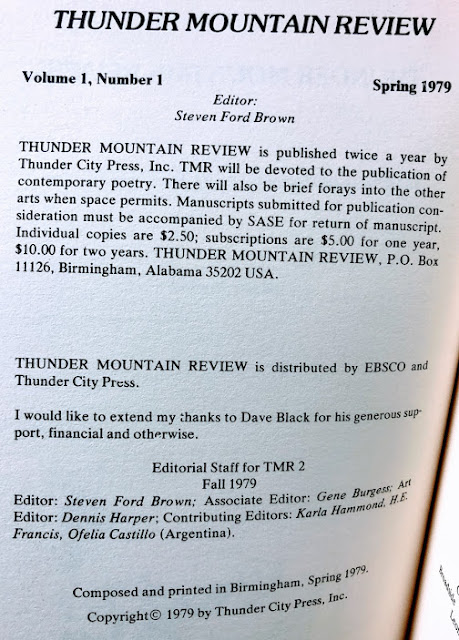 This page notes that TMR was distributed by EBSCO, a Birmingham company. For many years EBSCO has managed subscriptions to journals for numerous libraries around the world.

H.E. Francis is listed as a contributing editor for the forthcoming fall 1979 issue. Francis is an author, teacher and translator who was a faculty member and writer-in-residence at the University of Alabama in Huntsville from 1966 until 1988. 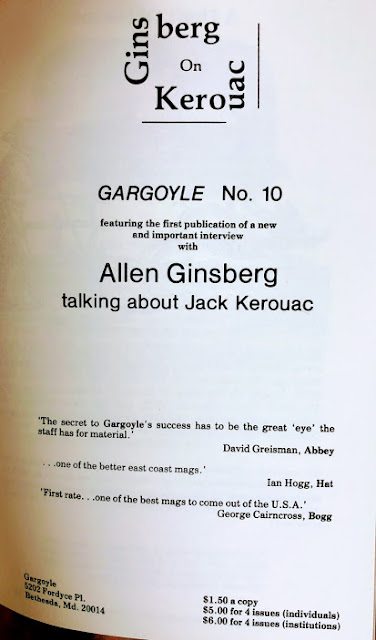 This ad appeared in the first issue of TMR. Gargoyle Magazine began publication in 1976 and is still published today. 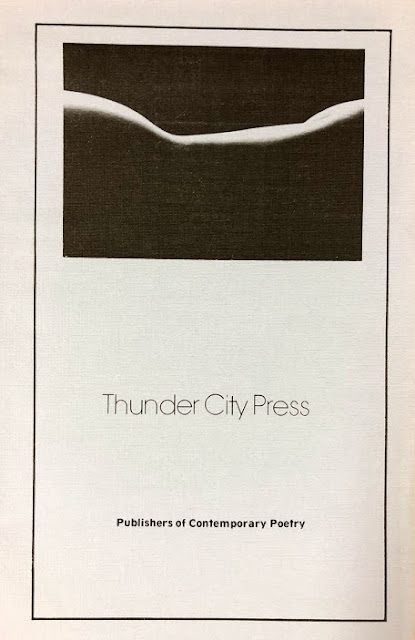 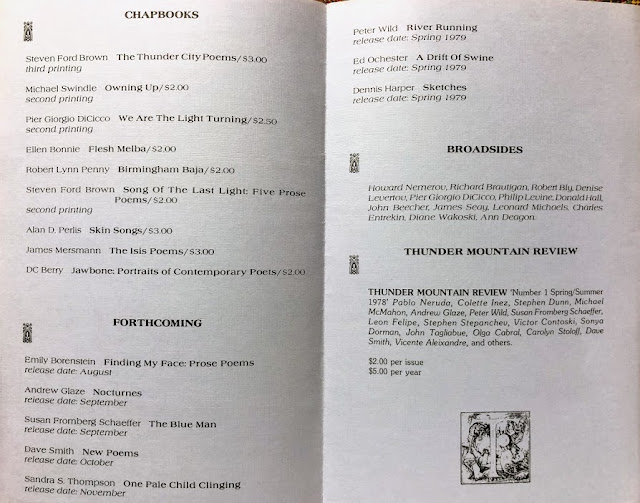 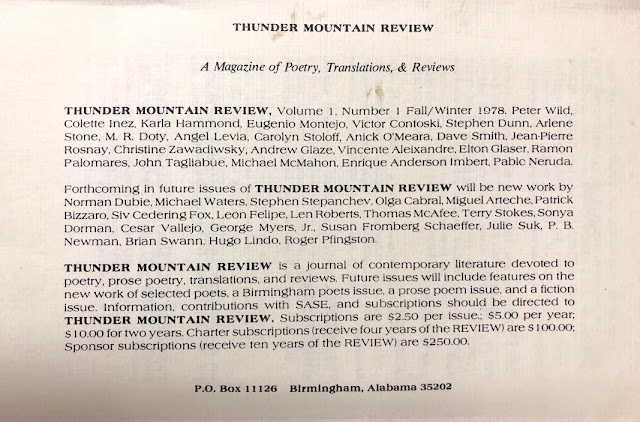 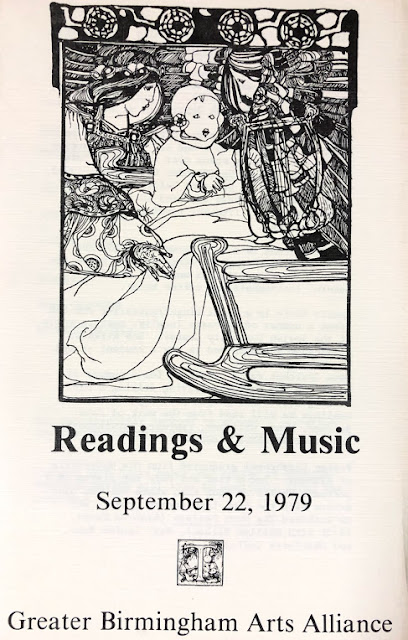 Another GBAA effort was the Birmingham Mural Project in 1978 and 1979. 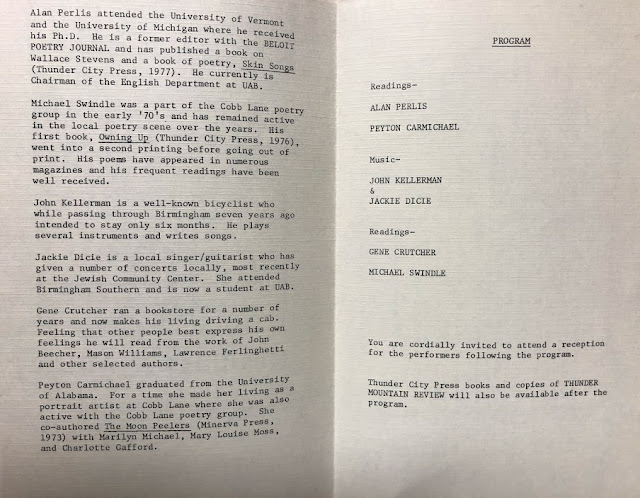 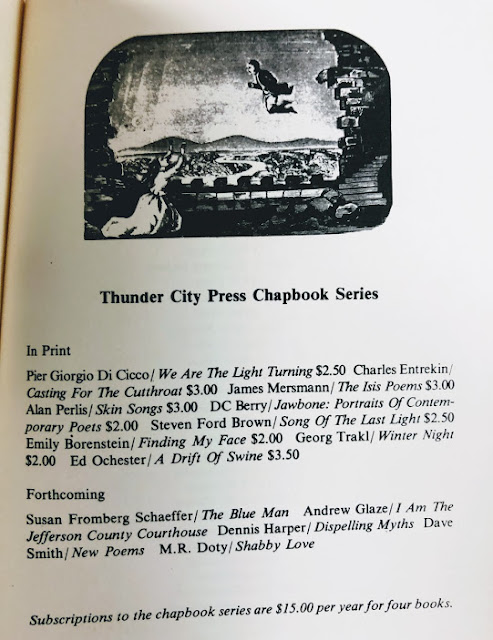 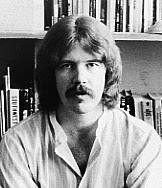