Most of us give little thought to ice unless the maker on our refrigerator stops working, or we need some for a cooler we're taking on a trip. The substance has been important throughout human history for two major activities, cooling and preservation of food. At first ice from nature had to be used and was often transported long distances and stored in ice houses of various types. Over the past couple of centuries manufacturing of ice at an industrial scale has developed.

The photographs below relate to the production and delivery of ice in Birmingham's first half century or so. Two companies are depicted, City Ice Delivery Company and Central Ice Delivery Company. In a cursory search I've found some information on the former firm and nothing on the latter.

Birmingham, a publication from the city's chamber of commerce, published an issue in November 1919 containing a list of city businesses; City Ice Delivery is included. I also found a 1934 legal case involving City Ice and "an alleged vicious and dangerous mule", so the company was still in business then. The last images below show various advertisements and directory listings for ice companies in Birmingham in various years.

The BhamWiki site has an entry for the Birmingham Ice and Cold Storage Company which operated in the city from 1881 until 1973. That company was founded by William Rushton, Sr., who was active in Birmingham public life for many years. In 1880 he had started the South's first ice plant in Columbia, Tennessee. Based on the ads and listings below, City Ice Delivery was an operation of this company.

No doubt a deeper dive into local archives, Birmingham city directories and such would turn up more information. Maybe one day.... 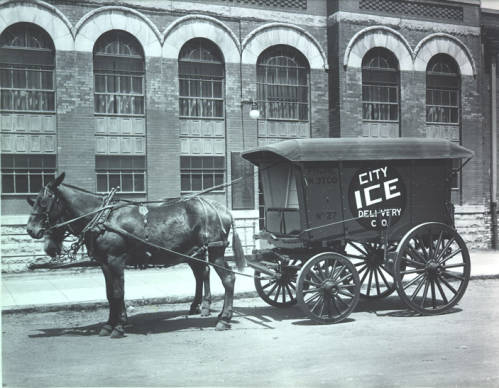 One of City Ice's delivery vehicles 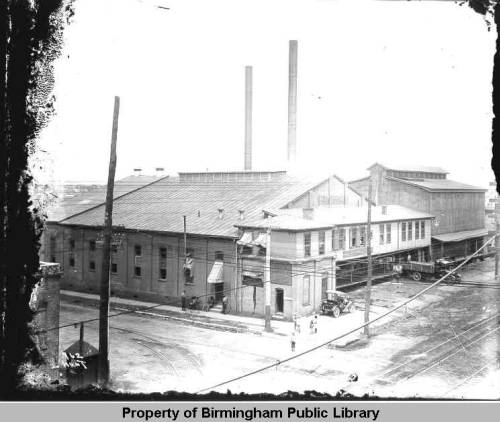 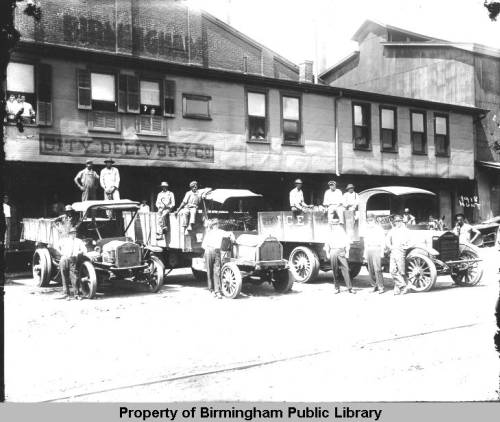 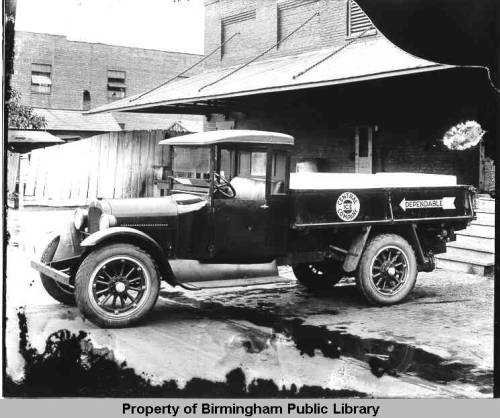 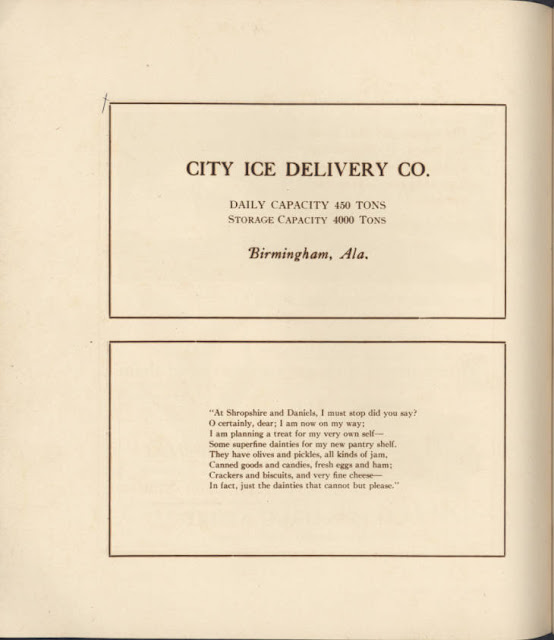 This company ad appeared in the 1919 annual yearbook for the Marguerite Allen private school.

The Alabama Secretary of State's web site has a business listing for the "Centennial Ice Coal Company" formed in Jefferson County on December 12, 1916, and dissolved on October 26, 1927. The company was capitalized at $8000. The incorporating individuals listed include Pete J. Davis and Ben Davis named above and an H.G. Lansdale. 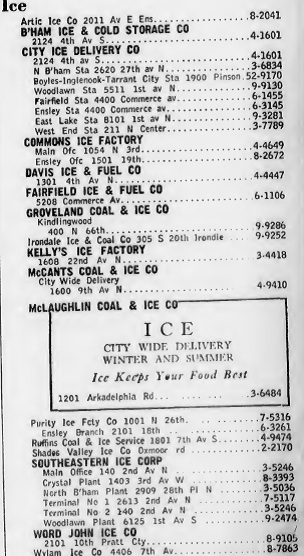 I see no listings here for either Centennial or Central ice companies. They must have gone out of business or been purchased by another operation. A number of other companies are in business, reflecting the city's population growth. In 1940 267,583 people lived in Birmingham. A handful of ice delivery firms served a population of 178,806 in 1920.