My younger brother Richard graduated from the original Grissom High School in Huntsville in the 1970's. The school opened in 1969 and was named after Virgil "Gus" Grissom, one of three astronauts who died in the Apollo 1 fire at Cape Canaveral in 1967. Other Huntsville schools were named after Ed White and Roger Chaffee. A new Grissom High School opened in August 2017; you can see a number of photos here.

Plans call for the old site to become a community center; some of the old school will be used in the new facility. A new branch library, meeting rooms, a theater, athletic fields and a gym will be included.

Much of the original school has been demolished. The photos below were taken in August 2019 and show what remains on the site. 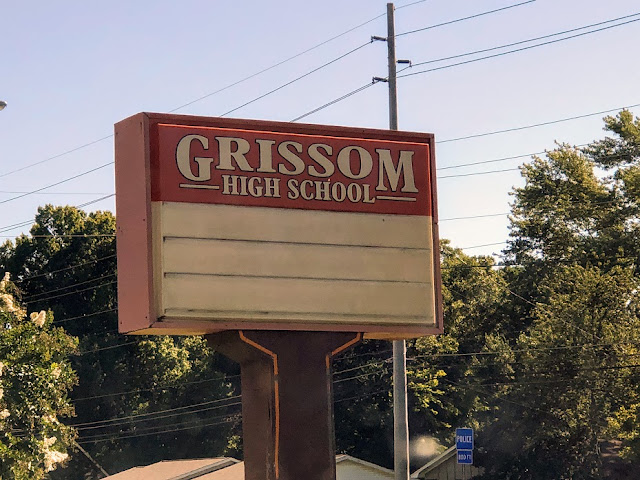 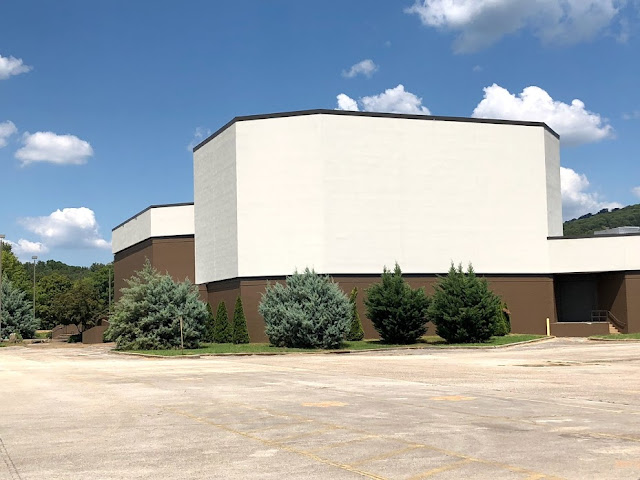 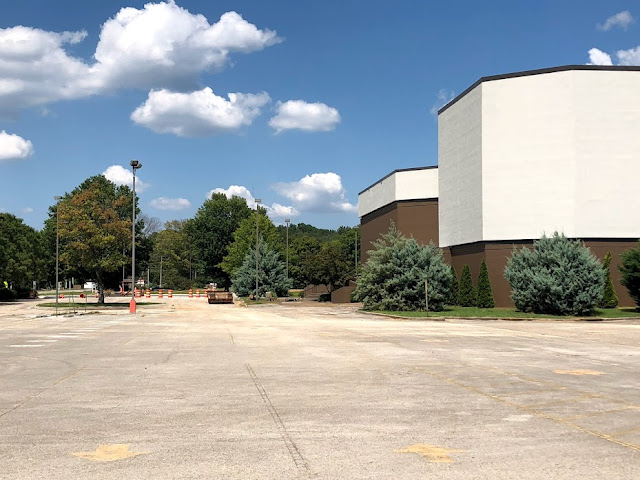 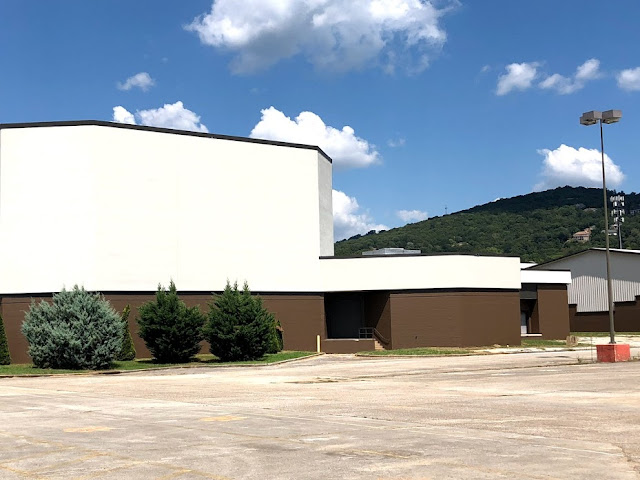 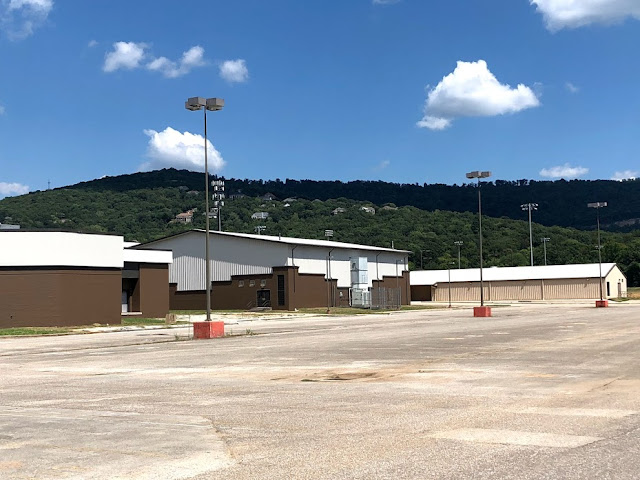 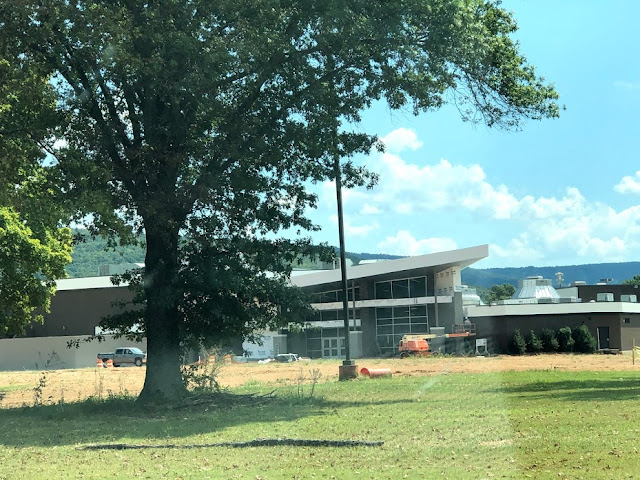 The photos below were taken in the seniors parking lot. I wonder if it or the tiger paw markers will survive. 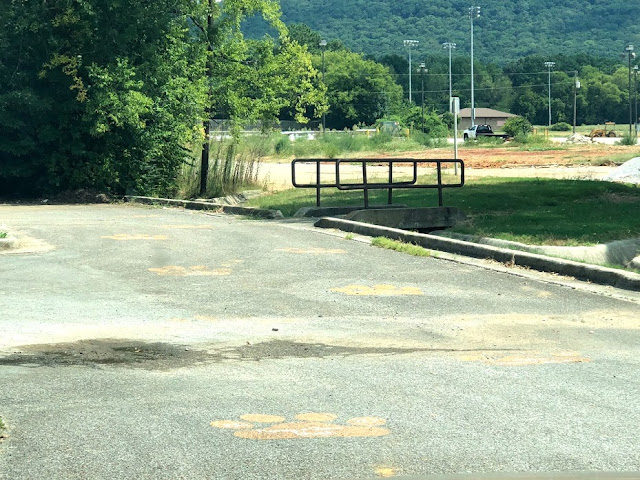 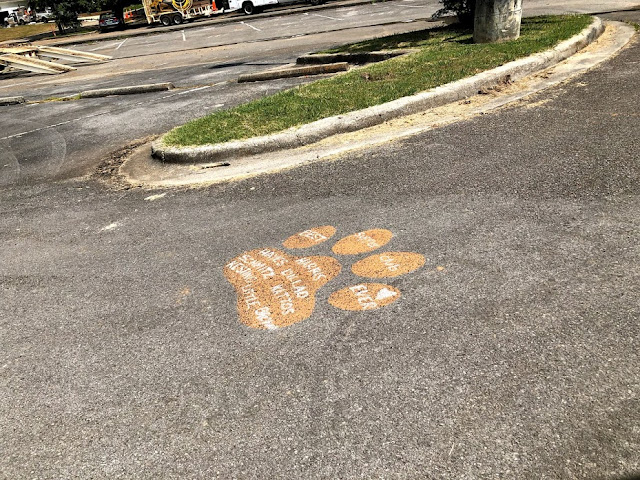 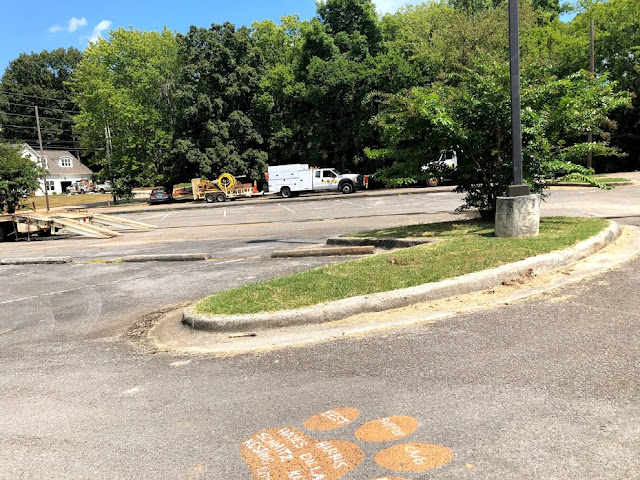 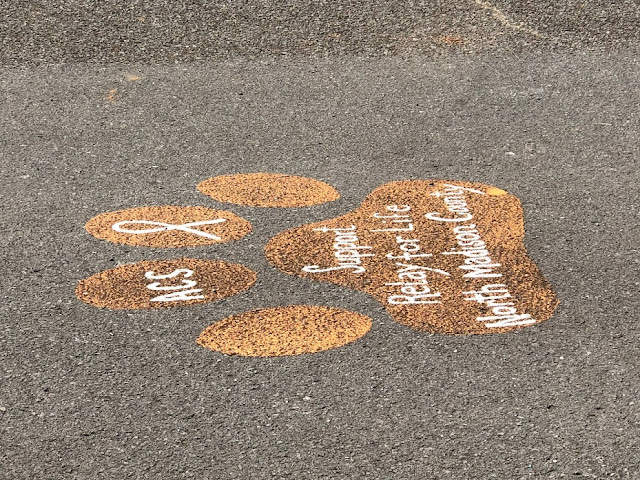 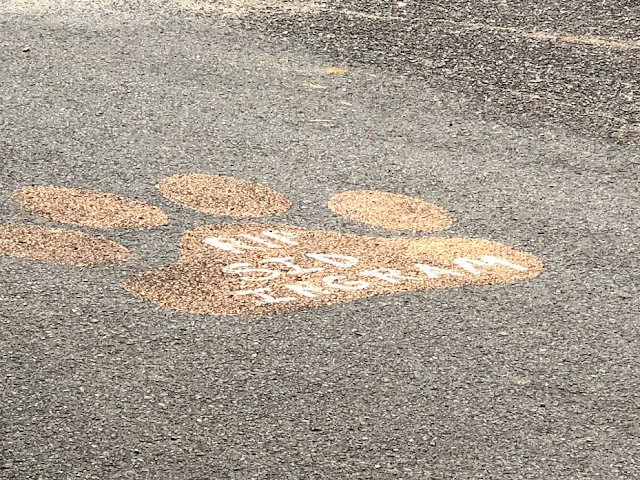 Posted by AlabamaYesterdays at 10:40 AM