People of a certain age and any classic movie buff will remember Tyrone Power as a major leading man in films during the 1930's and 1940's. He starred in all sorts of dramas and light comedies and even swashbucklers such as The Black Swan with Maureen O'Hara. From late 1942 until 1945 Power served in the U.S. Marine Corps, and then restarted his film career. He appeared in 1947 in Nightmare Alley, one of the darkest film noirs ever made. Power had paid for the film rights to William Lindsay Gresham's equally dark novel himself so he could break out of his usual matinee idol roles. During the 1950's he moved away from the movies and into stage work. He died of a heart attack in November 1958.

However, this Tyrone Power is not the subject of our blog post today. And our subject won't be his father, film and stage actor Tyrone Power, Sr. [1869-1931], either.  No, our subject will actually be his grandfather, Irish actor and comedian Tyrone Power [1797-1841]. Let's examine how he got to Alabama.

He was born in County Waterford, Ireland, in November 1797 and named William Grattan Tyrone Power. His family was landed gentry; his parents were Maria Maxwell and --wait for it-- Tyrone Power. His son, our Tyrone, became well-known as an actor in plays with Irish themes and toured with them around the world. He had a number of descendants who became actors or theatrical managers. Power died along with 135 others in March 1841 when the passenger ship SS President sank without a trace in the north Atlantic.

In 1836 Power published Impressions of America in two volumes that chronicled his visit through much of New England and the South during 1833, 1834 and 1835. He reached Alabama in late December 1834 after a journey from Charleston to Savannah and then Columbus. Power and two New York friends along on the journey boarded a mail stage which soon picked up two more passengers, a "gentleman and his lady,--Anglice, a gambler and his mistress." They continued through the dark and hard rain until reaching Fort Mitchell near daybreak.

Much of Power's Alabama account covers the ninety-mile trip from Fort Mitchell to Montgomery which they made in thirty-two hours through much darkness, rain and mud. The mail coach had left the fort without his party, and they were forced to ride in "the Box", a fir plank construction eight feet long, three feet wide and two feet deep and fixed to coach axles. Their luggage was loaded first, and then passengers--uncovered--road atop the pile.

"At Montgomery we found a wretched inn," Power wrote, "with no possiblity of procuring anything save liquor." As their luck would have it, the steamboat Carolina was leaving in a couple of hours for Mobile. That journey down the Alabama River, "this noble stream," took four days and nights in mostly "clear weather" except for occasional fog. Drifting timbers in the river slowed them down in some spots. At various stops more cotton was loaded aboard; most of the passengers were planters making the journey with their goods. At Claiborne the last cotton was loaded, putting some thousand bales on board. Water was up to the gunwales for the last 150 miles of the trip.

On Tuesday, December 30, Power arrived in Mobile where he was welcomed by friends. He left for New Orleans on January 2. Below you can read Power's entire account of his time in Alabama. I hope you enjoy it as much as I did. I imagine the entire two volumes make for interesting reading. Power makes many observations about the countryside, and the people--including a particular Native American--and is especially impressed by the glorious flora of south Alabama in the middle of winter. As befitting an Irish comedian, his account is also full of droll humor about what he saw and experienced.

Digital versions of both volumes describing Power's U.S. trip can be found at Project Gutenberg and the Internet Archive. The Alabama portion is on pages 140-167 of volume 2.

Power noted that when he arrived at Fort Mitchell in December 1835, the fort was deserted. The Encyclopedia of Alabama entry on the fort says it was abandoned in 1840. The town of Claiborne [spelled Clairborne by Power] was an important cotton port in Monroe County until after the Civil War. In April 1825 the Marquis de Lafayette visited there during his time in Alabama.

Frazer, Mell A. "Early History of Steamboats in Alabama." Alabama Polytechnic Institute Historical Studies 3 (1) 1-31, 1907 [Nothing on the Carolina but lots of fascinating info on the topic] 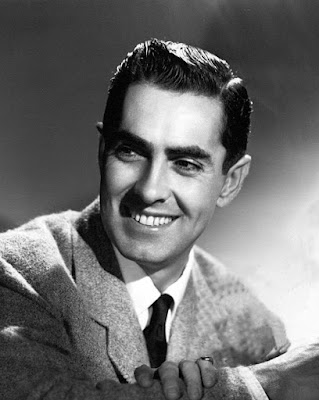 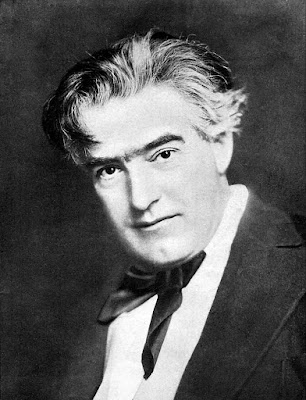 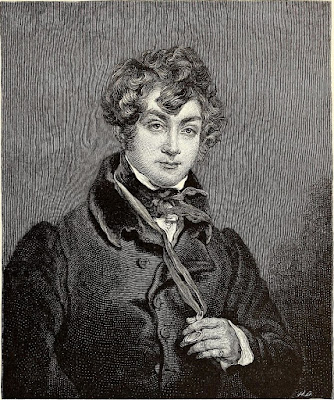 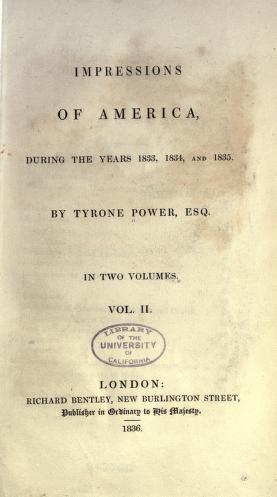 THE ALABAMA RIVER DOWN TO MOBILE.


We reached Portersville at four o'clock, having been just six hours coming thirty-two miles: here we found the Government steamer, the Watchman, and five passengers, who had left Mobile on the 31st ultimo. They had been detained here two days, living in a log-house; their only amusement watching the ducks and snipe whirling in search of fresh feeding-ground over the dreary waters of Lac Pontchartrain.

Posted by AlabamaYesterdays at 10:47 AM