Recently Dianne and I were in the UAB area and decided to have lunch at Makarios in Five Points South. That's one of our go-to eating spots when we are there, along with the Fish Market and Sweet Tea Restaurant. We had come to UAB for doctors' appointments, and before the meal we visited the Abroms-Engel Institute for the Visual Arts on campus to see the exhibit "Unfolding UAB: 50 Years of Photography from the UAB Archives".

After that trip down memory lane [I worked at UAB from 1983 through 2015] we headed to Makarios. I've seen that striking building directly across the street many times, but never really thought about it until this visit to the restaurant. As usual, the wonderful BhamWiki site has an entry for what is known as the Exchange Bank Building.

The Exchange Security Bank of Alabama was founded in 1928. The company opened this building in 1947; it was the first bank location in the state to have a drive-up window and a dedicated parking lot. In 1955 Exchange Bank had $200,000 in capitol, making it one of the smaller of the six city banks. William S. Edwards, Jr. was Chairman and President; H. G. Prickett was cashier. [Alabama Almanac and Book of Facts 1955-56, page 569]

On July 13, 1971, the bank merged with First National Banks in Huntsville and Montgomery to form First Alabama Bancshares. That company is now known as Regions Bank. At the time the merger creating Alabama's first multibank holding company was very controversial in the state, and followed a debate going on locally and around the country about banks branching beyond their county borders State law did not prevent creation of such a beast, however. Details of this major change can be found in Wayne C. Curtis' 2003 book, A Legacy of Distinguished Service: Reflections on Community Banking in Alabama in Three Centuries, pp. 171-181.

Oh, that huge building under construction on the right in this photo? That's a 199-unit residential tower for UAB students. Completion is expected in the fall of 2020.

Be sure and check out Makarios if you get to Five Points and have never eaten there. You'll be glad you did. 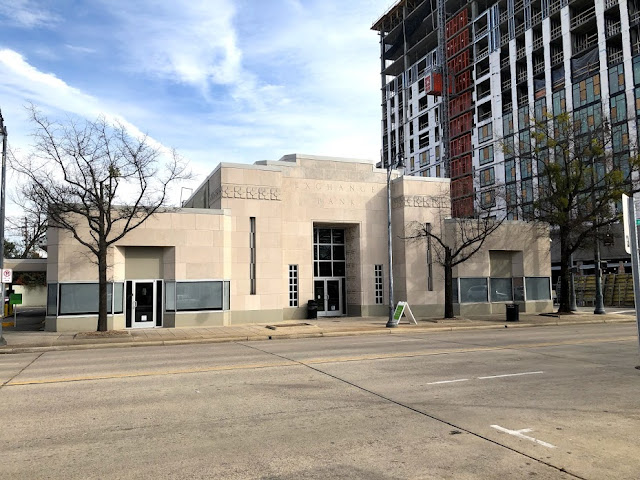 Update 29 February 2019: When I visited mom recently we made a stop at her Regions Bank branch. While waiting for her in the lobby, I found this book on a table and naturally picked it up. And what should I find but some Exchange Bank info.... 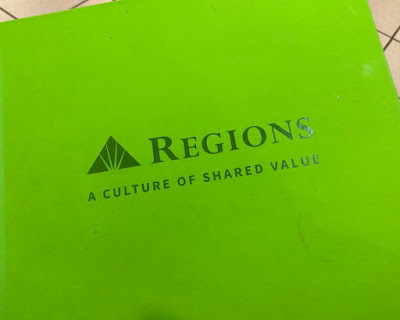 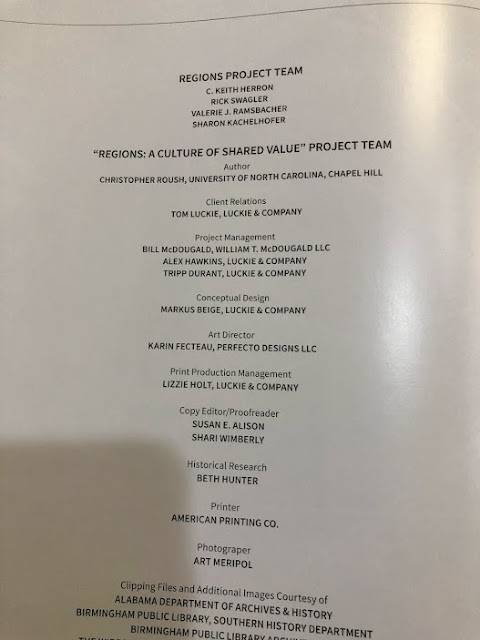 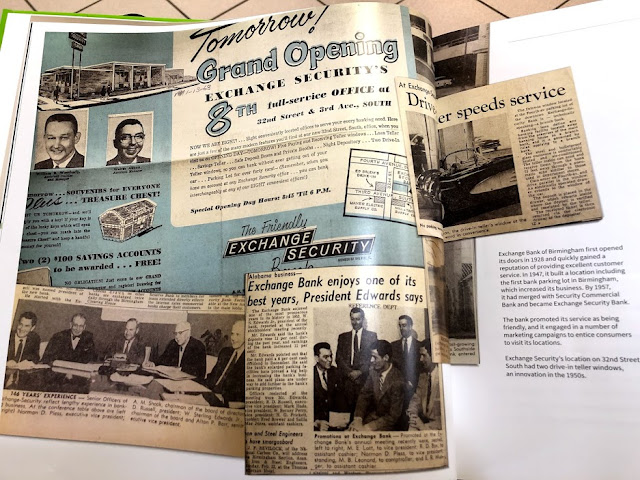 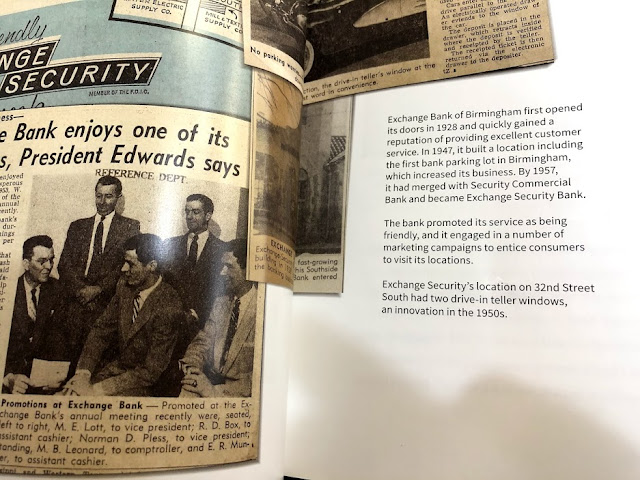 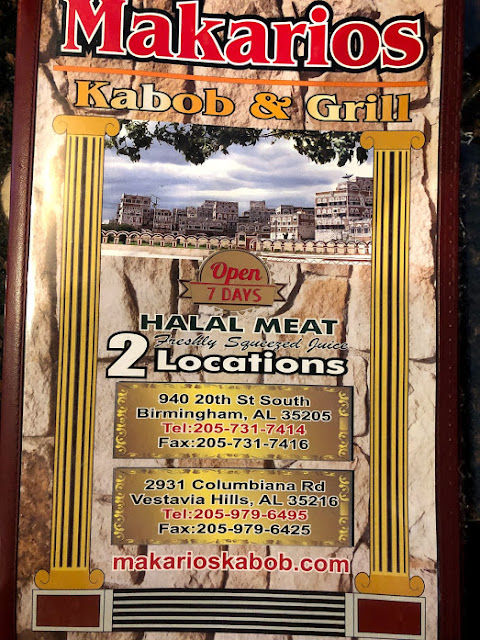 Posted by AlabamaYesterdays at 7:55 AM