Birmingham Photos of the Day (74): "The Unconquered"

Helen Keller is one of the most famous and iconic people ever born in Alabama. She is known around the world; Japan, Spain, Nicaragua, India, Liberia and the United States have honored her with postage stamps. In 2009 her statue became one of two figures from Alabama at the U.S. Capitol. She appears on the Alabama state quarter issued by the U.S. Mint in 2003. A statue of Keller, along with one of Rosa Parks, will be coming to the Alabama state capitol grounds.


Keller died in 1968. On June 15, 1954, when she was 72, a documentary film about her life, The Unconquered, was released. The film premiered at the Temple Theater in Birmingham, and Keller was in attendance. The film depicts how Anne Sullivan helped a young blind and deaf girl become a world-renowned author and advocate and the first such person to earn a Bachelor of Arts degree. The film, which is 55 minutes long and is also known as Helen Keller in Her Story, includes footage of Keller's visits or memories of Dwight Eisenhower, Martha Graham and other notables.

The film was directed by Nancy Hamilton and written by her & James L. Shute. Hamilton was an actress, playwright, producer and director who died in 1985. Her film won the 1955 Academy Award for Best Documentary Feature; she was the first female to win that award. Legendary stage actress (and writer, producer and theater owner) Katharine Cornell narrated the film. Cornell died in 1974.

Keller's life has also been depicted in The Miracle Worker, a 1959 stage play that William Gibson adapted from his own 1957 script for a television production. These were adapted from Keller's autobiography The Story of My Life. The film version starring Patty Duke as Keller was released in 1962.

The photos below are related to the Birmingham event. You can see photographs of the Temple Theater in 1925 and 1965 here. 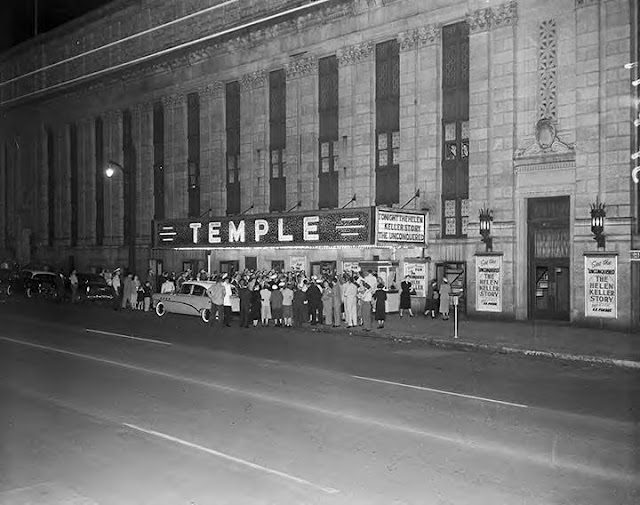 Premier of "The Unconquered" at the Temple Theater in 1954 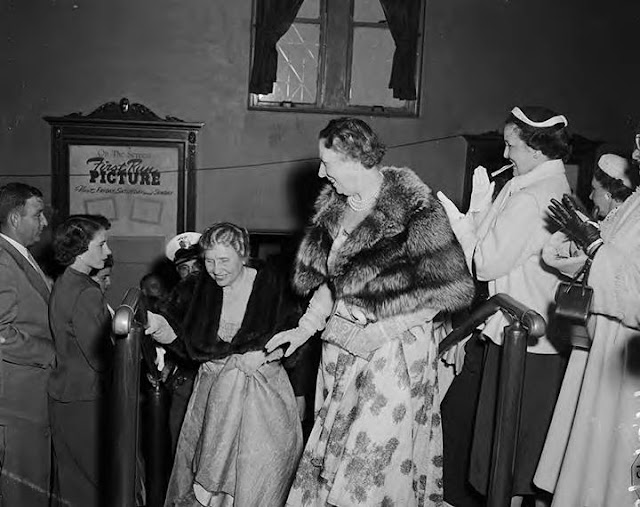 Helen Keller and her secretary/companion arrive at the Temple Theater for the premier. 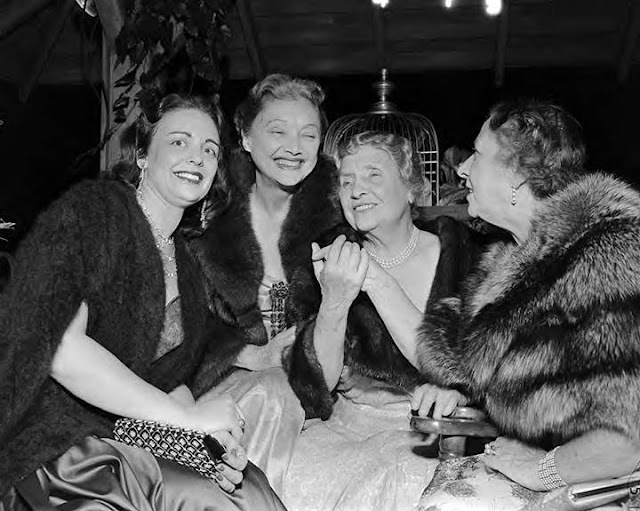 Helen Keller, third from the left, at a party at the home of Mrs. Morris Bush in Birmingham after the movie premier. Nell Rankin is seated at the far left. Polly Thompson is at Keller's left. The other woman is unidentified. 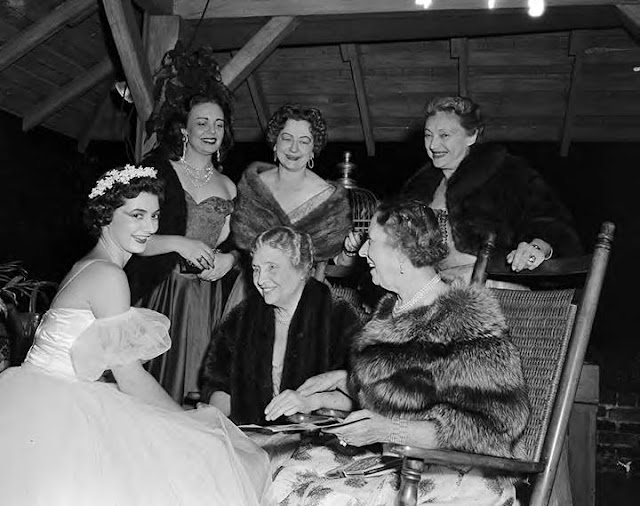 Another photo from the party at the Bush home after the film premier. Keller and Thompson are seated; Nell Rankin is standing on the far left. The ballerina and others are unidentified. 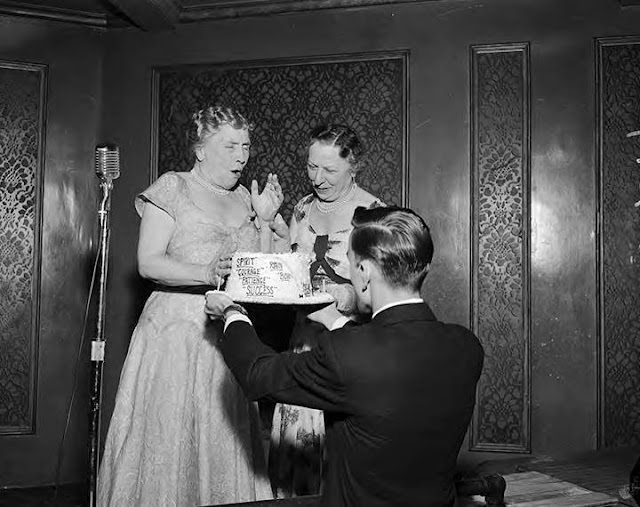 Keller blows out the candles on a cake at the film premier. Thompson is standing beside her; the young man is unidentified. The cake is decorated with words in icing: Spirit, Courage, Patience, Success and Rainbow. 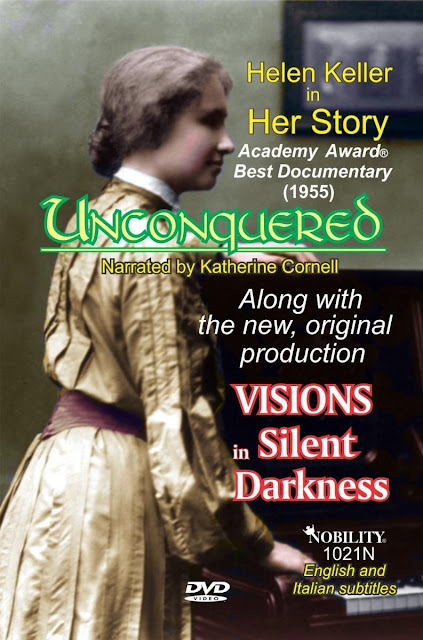 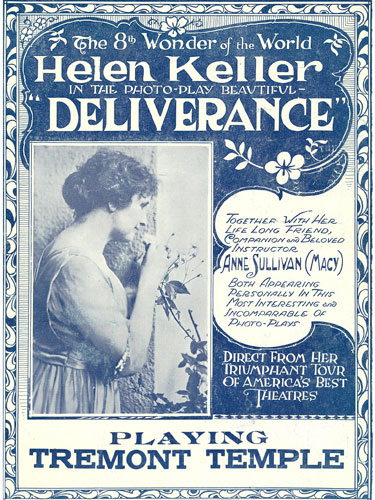 Posted by AlabamaYesterdays at 8:07 AM