Alabama’s largest state park forms the northeastern section of Pelham since annexation by the city in 1990. Pelham was a small, unincorporated town when the park was created in 1927 by the State Land Act’s grant of 940 acres. Improvements to the park were made during the Great Depression of the 1930s by the Civilian Conservation Corps.

In 1943 the National Park Service deeded some 8000 acres to the park from an acquisition in the previous decade. Further improvements such as the golf course and the demonstration farm were made in the 1970s. Our largest state park also has the state’s largest wildlife rehabilitation center.

These two photographs from the 1940s or 1950s are among several Girl Scout scenes at the park available from the Alabama Department of Archives and History in Montgomery. 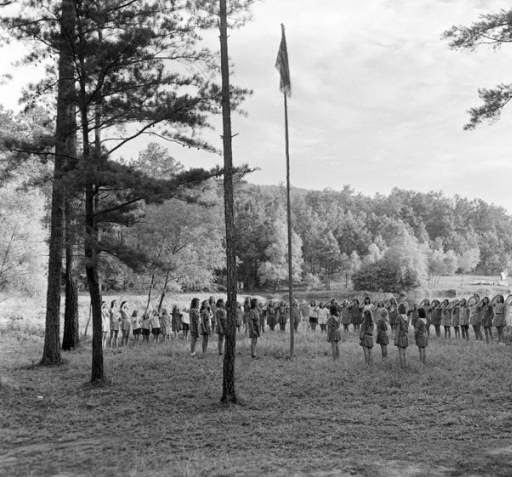 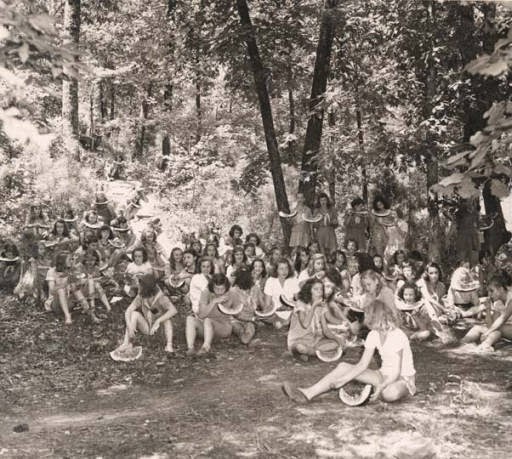 Source: Alabama Department of Archives & History
Note: A version of this post was published in the Pelham City News Summer 2013 issue.
Posted by AlabamaYesterdays at 11:53 AM