Between 1902 and 1912 four of the tallest buildings in the Southeast at that time were constructed at the corner of 20th Street and 1st Avenue North in Birmingham. The Woodward, Brown Mark, Empire and American Trust and Savings Bank buildings were anointed as the “Heaviest Corner in the South” by Jemison Magazine and over the years the word “South” has often been replaced by “World” or “Earth.” In 1985 the location was recognized by installation of a historical marker and listing in the National Register of Historic Places. 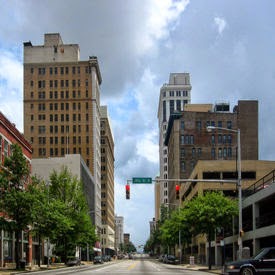 The heaviest corner on “earth” in 2005
Source: BhamWiki

The UAB Medical Center has what might be called “Birmingham’s Heaviest Medical Block” bounded by 19th and 20th Streets and 6th and 7th Avenues South. Buildings once and now at this spot have been the sites of much of the city’s medical history.

The oldest of these structures and one still standing is now known as “Old Hillman”. The four-story stone and brick Hillman Hospital was dedicated in July, 1903 and named after local benefactor Thomas Hillman, President of the Tennessee Coal, Iron and Railroad Company. The hospital was constructed on lots 1-6 of the block, purchased from John S. Cox. He had bought the land from the Elyton Land Company in 1877 for $250. A Victorian house on the property was used as the hospital’s first nursing dormitory.

The Hillman Hospital complex, ca. 1929. The original structure on the right was erected in 1902 and the annex, in the middle, was added in 1913. On the left is the 1928 addition, or “new” Hillman.
Source: Birmingham Public Library 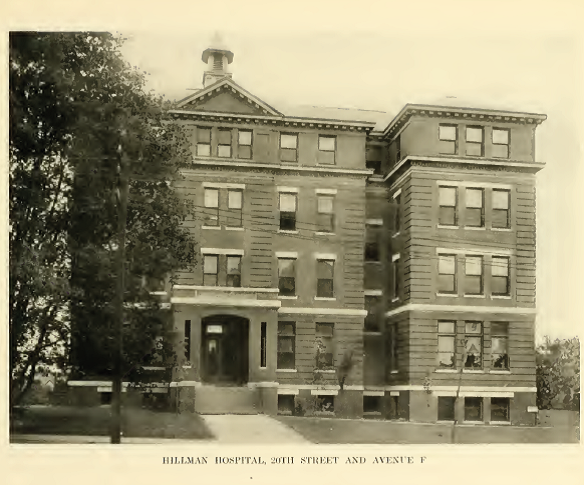 Hillman Hospital
From the book Views of Birmingham, Alabama published in 1908 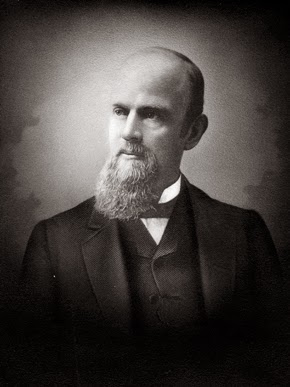 
Efforts to organize a charity hospital for the city had begun in 1884, and Hillman’s donations had helped fund several locations, including a 100-bed facility that burned in 1894. Hillman required that his support pay for wards for both white and black patients. Hillman Hospital was chartered by the state legislature in 1897 and operated by a Board of Lady Managers—wives of local businessmen, a group involved from the beginning as the Daughters of United Charity.

The four floors and basement were crowded with various facilities, including offices, reception rooms, a laundry, store rooms, and boiler and fuel room for the steam heat. Twelve private rooms and four adult and one child wards occupied most of the first and second floors. The third floor held a surgical amphitheater that could hold up to 80 students, sterilizing and ether rooms, two private operating rooms and more private rooms. The fourth floor held the kitchen (with dumb waiter access to other floors), nurses’ dormitory rooms, a dining hall and additional private rooms.

By 1924 over 4600 patients a year were treated at Hillman. Financial difficulties had continued, and in 1907 the land and building were sold to the Jefferson County Board of Revenue. An annex built in 1913 failed to relieve the overcrowding of the 90 beds Dr. Will Mayo had noted on his visit in 1911. Finally the “new” Hillman Building opened in 1928, followed eleven years later by a five story outpatient clinic. 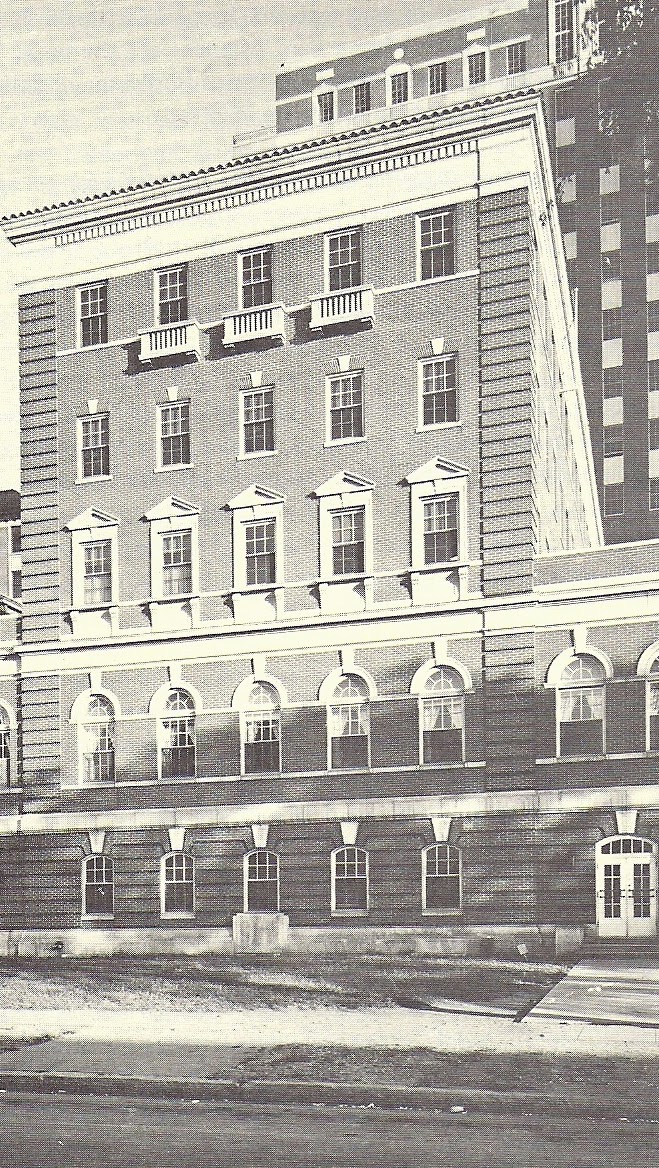 Those seats in the main surgical amphitheater of Hillman Hospital were filled by faculty and students from the Birmingham Medical College. The school was a proprietary college owned by nine prominent Birmingham physicians and opened in October 1894. The college and the Birmingham Dental College were first located in a five-story building on 21st Street North originally occupied by the Lunsford Hotel. The school had electric lighting, lecture rooms, several laboratories and operated a free dispensary. Students were also exposed to patients at the city charity hospital, infirmaries owned by faculty members and clinics in nearby towns.

In 1902 the college constructed its new home next to Hillman Hospital and a two-story autopsy house behind it. By that time the school had 94 students who were required to study four terms instead of the original two. In 1910 the medical and dental schools merged to become the Birmingham Medical, Dental and Pharmaceutical College. One of the school’s achievements was the 1899 graduation of Elizabeth White. She was the second female to graduate from an Alabama medical school, following Louisa Shepard who had graduated from the Graefenberg Medical Institute in Dadeville in the 1850s. 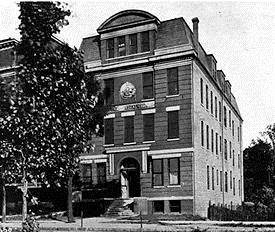 Despite improvements in facilities, funding and graduation requirements, the school closed in May, 1915. Six years earlier Abraham Flexner had inspected the Birmingham school and the Medical College of Alabama in Mobile. He and his team were touring the country gathering information on all the nation’s medical schools for the American Medical Association. His 1910 report was very critical of most of those schools, including those two and others in Alabama; many schools, especially proprietary ones, closed in the next few years. The Birmingham school’s owners sold it to the University of Alabama, which operated it until the final students graduated. After a move to Tuscaloosa, the University’s Medical College of Alabama opened in Birmingham in September, 1945, using Jefferson Hospital as its base of operations.

Before that major change another building was constructed on the block in addition to the outpatient clinic already mentioned . In 1929 Hillman Hospital opened a nursing dormitory. The structure was renovated and reopened in July 1965 as the Roy R. Kracke Clinical Services Building. Dr. Kracke was the first dean of the Medical College of Alabama when it opened in Birmingham in September 1945. 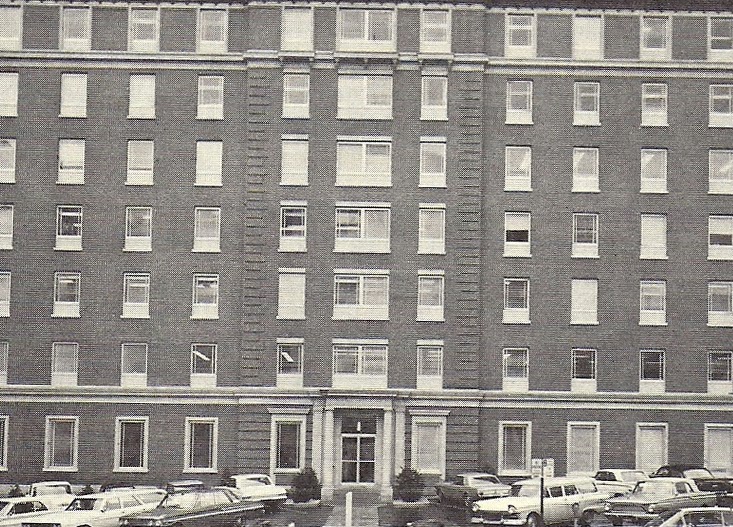 Constructed in 1928 as a student nursing dormitory for Hillman Hospital, the building was renovated and opened as the Roy R. Kracke Clinical Services Building in 1965.
Source: Holmes, History of the University of Alabama Hospitals [1974] 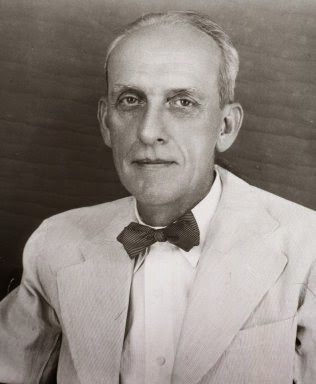 
By the 1930s another expansion of Hillman Hospital was desperately needed. The County Commission hired prominent local architect Charles H. McCauley to design a seven-story annex to cost $1.5 million in U.S. Public Works Administration funds. By the time the building was dedicated in December 1940, nine more floors were added at a final cost of $2.25 million.

The new hospital was state-of-the-art and known as the finest hospital in the South. Two banks of high-speed elevators carried doctors, nurses, patients and others from floor to floor. The fifth floor was a maternity ward; the seventh floor featured eleven operating rooms. Both of those floors were air conditioned. The top two floors had living space for 150 nurses and 25 interns and resident physicians. From March 1942 until April 1944 two of the floors were used for secret work by the U.S. Army Replacement and School Command. Responsible for personnel training, the unit’s headquarters had been relocated to Birmingham from Washington, D.C., to protect it from possible enemy attack. 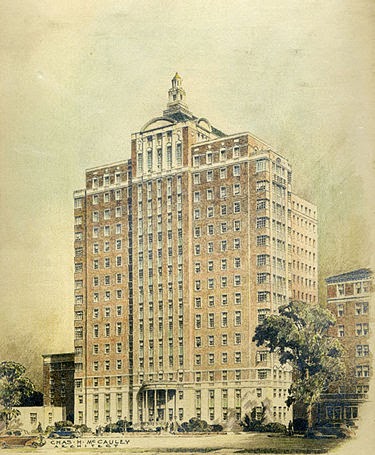 
Four years later the facility became the Jefferson-Hillman Hospital where the new Medical College of Alabama would soon be located. The UA Board of Trustees renamed it University Hospital in 1955 and finally Jefferson Tower in 1979. By September 2010 all inpatient activities had been relocated to the new North Pavilion hospital complex and other areas.

Since 1940 four other buildings have appeared on our particular block. Dedicated in February 1958, the Reynolds Library held the magnificent rare book collection donated by Alabama native and radiologist Lawrence Reynolds. In October 1975 the collection was moved to the new Lister Hill Library two blocks away. The Reynolds building was demolished in July 1979 to permit construction of the Center for Advanced Medical Studies. That building is now the Pittman Center, renamed to honor longtime medical school dean Dr. James A. Pittman who died earlier this year.

In December 1960 the Health Sciences Research Building opened next to what is now the Kracke Building. Six years later this facility was renamed the Lyons-Harrison Research Building to honor Drs. Champ Lyons and Tinsley Harrison, the medical school’s first chairs of the surgery and medicine departments.

My guess would be that this particular block holds as much medical history as just about any similar area in the Southeast. Certainly, a significant portion of Alabama’s medical history is represented by the patients, doctors, nurses and many others who spent so much of their lives in these particular buildings.

A version of this piece appeared in the Birmingham Medical News November 2012.
Posted by AlabamaYesterdays at 9:31 AM