Part 1 of this series can be found here.


Apparently the second of the Birmingham silent films was Coming Through, released in mid-February 1925 and premiered at New York City’s Rialto Theatre on the 17th. The 70-minute drama was produced by the Famous Players-Lasky Corporation, which had been formed in 1916 by the merger of the Famous Players Film Company of Adolph Zukor and Jesse L. Lasky’s Feature Play Company. Lasky would oversee production of Coming Through. Two years after the picture’s release Lasky was one of the three dozen individuals who established the Academy of Motion Picture Arts and Sciences. The company that he and Zukor founded evolved into one of the largest silent filmmakers in Hollywood with stars that included Mary Pickford, Rudolph Valentino, Gloria Swanson and Clara Bow and eventually became the Paramount Pictures Corporation. 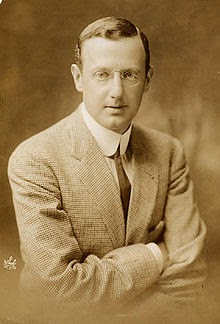 Coming Through had been shot in the second half of 1924, primarily in Brookside, the mining town in Jefferson County incorporated in 1896 and the mining camps of New Castle and along Oxmoor Road. A few actual mining scenes were completed in a New York studio, probably for safety reasons. The film was based on the 1924 novel Bed Rock by Jack Bethea. 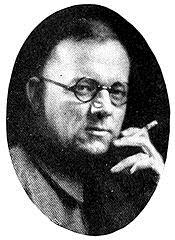 Born in Birmingham in 1892, Bethea started work as a reporter for the Birmingham Age-Herald while still in high school. By 1916 he had moved to the Birmingham Ledger as city editor.  After another paper, the Birmingham Post began publication in 1921, he became news and then managing editor there. He was named editor in 1928.

Bed Rock was actually his second novel; the first, Half-Gods, had been serialized in the popular Collier’s magazine the year before. The second novel, as “Coming Through”, was also serialized in that magazine before book publication. Bethea also published short stories during this period and joined a local writers’ group the Loafer’s Club that also included Octavus Roy Cohen, a very popular author in his day. Two more novels set in the Birmingham District coal mines quickly followed, The Deep Seam [1925] and Honor Bound [1927]. Alabama agriculture was the subject of his final novel, Cotton [1928].

Suffering from health problems and depression, Bethea hanged himself in his room at the Tutwiler Hotel on July 2, 1928. In late April of that year a film version of Honor Bound had appeared, advertised as “A Daring Drama of Life in the Convict Labor Camps.” The movie featured an uncredited extra earning $7 a day named Jean Harlow; it was her first appearance on film.  Although perhaps melodramatic by current standards, his mining novels depicted the wrenching changes industrialization was bringing to his native state. 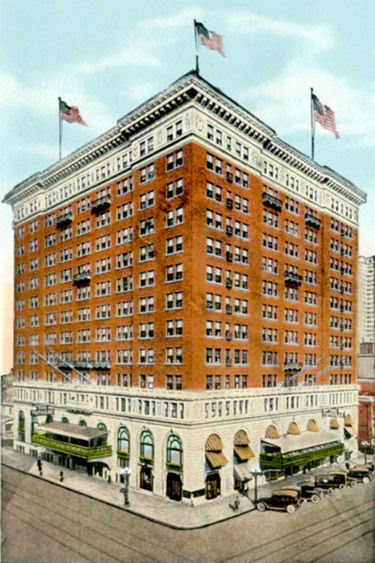 Although the novel is set in the Cahaba coal fields south of Birmingham, Jesse Lasky moved the setting to Brookside and other nearby mines and camps. The Brookside mine had opened in 1886 and by 1900 the mine’s modern equipment made it the most advanced in the area and the headquarters of the four Sloss mines there. Yet by the time Hollywood came to town, the mine had been closed after a 1920 general strike. 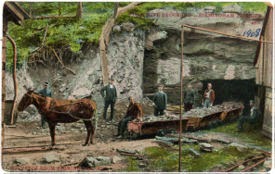 Brookside coal mine entrance on a 1908 postcard

The cast and crew arrived in Brookside in the fall of 1924 and were met at the train depot by a welcoming crowd of locals. Pam Jones’ article “Brookside” (Alabama Heritage #85, summer 2007, pp 26-37) profiles the one-time “wild west town” that was reaching for middle-class respectability at this time. The film group stayed in local private homes during filming, since travel from Birmingham would require too much time. Jones’ article has a photograph of Lasky and actors Thomas Meighan and Wallace Beery on the set of the film, but does not specify whether the scene is Brookside or the New York set.

Director A. Edward Sutherland was probably a little nervous as filming began. Coming Through was his first film behind the camera, after an acting career spanning almost 40 films including one directed by Charlie Chaplin. Sutherland directed over 50 movies during three decades and worked in television into the mid-1960s. He had married five times before his death in 1973. 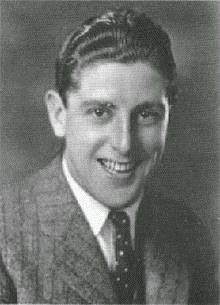 In its entry on the film, BhamWiki summarizes the story. “Meighan played the typical ‘quiet and strong, kindly and brave’ hero, Tom Blackford, who marries a reluctant mine owner's daughter, Alice (Lee). The owner (played by John Miltem) makes Blackford a mine superintendent, hoping to see him fail. To hasten his downfall, he hires Joe Lawler (Beery) to make life miserable for Blackford. Lawler conspires with a saloon keeper (Laurence Wheat) to provoke a strike. Blackford manages to foil the scheme, however. In the culminating fight sequence, Lawler gets thrown off a mine tipple when his crowbar gets caught in the conveyor. In the end, Alice confesses her love for him [Blackford].”

Three of the actors cited were well known at the time. A Pennsylvania native, Thomas Meighan began acting on Broadway by 1900 when he was only 21. In 1914 he appeared in his first film and acted steadily until his death from cancer in 1936. At the height of his career Meighan made $5,000  or more a week and acted opposite such female stars as Mary Pickford and Gloria Swanson. Meighan was Sutherland’s uncle by marriage. 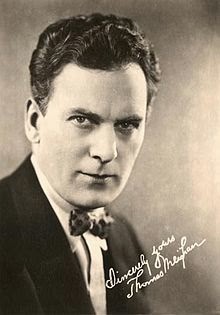 The female lead in Coming Through was New Jersey native Lila Lee. At seventeen she signed with Famous Players-Lasky and within a few years acted with Gloria Swanson, Rudolph Valentino (in the very popular Blood and Sand in 1922) and other stars of the day. She remained popular into the late 1930s and also died in 1973 just weeks before Sutherland. 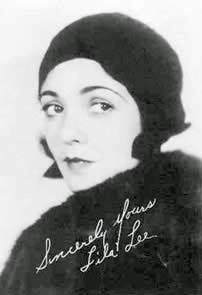 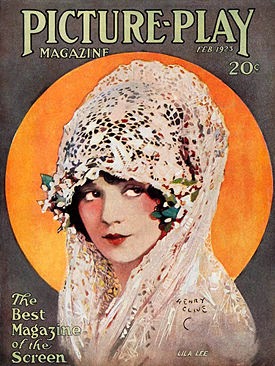 Born in Kansas City in 1885, Wallace Beery made about 250 films in a career lasting over three decades until his death in 1949. He was the younger brother of two actors, William Beery and Noah Beery; and uncle of another, Noah Berry, Jr. Among his roles were King Richard the Lionheart in Robin Hood (1922) with Douglas Fairbanks, and Professor Challenger in The Lost World based on Arthur Conan Doyle’s novel. He won a Best Actor Oscar for The Champ (1931) and played Long John Silver in a classic version of Treasure Island (1934). A heavy drinker who often played villains, Beery had a reputation for abuse of both colleagues and others including first wife Gloria Swanson. A young couple named Ida and Evan Lollar welcomed Beery into their home during filming. The actor apparently spent time exploring the saloons along the town’s Main Street. 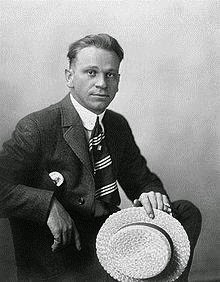 Beery had a close call on the set after a night of such carousing. He and Meighan were acting that scene atop the coal tipple, a structure for loading the ore into railroad cars. Beery slipped and nearly fell to what would have been serious injury or death. For the rest of the shoot Beery had to be watched carefully after hours by the crew. 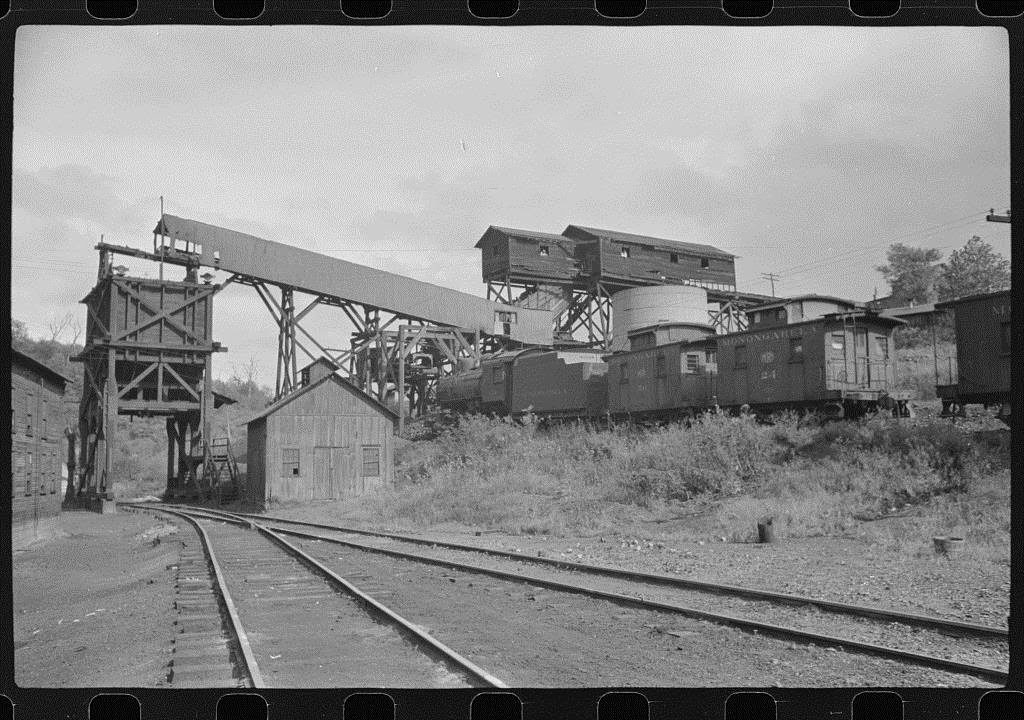 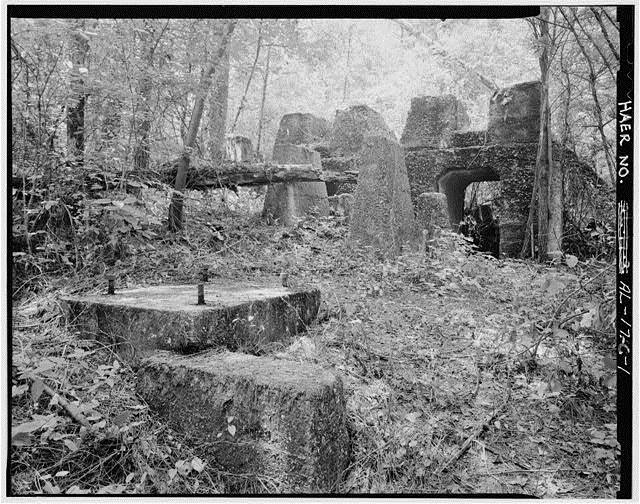 Coming Through premiered in New York City on February 17 and the New York Times’ critic Mordaunt Hall was not kind in the next day’s paper. “The narrative of this effort might make an excellent bedtime story for an old ladies’ home, as all its dramatic teeth have been pulled and the hero, Tom Blackford (Thomas Meighan) seems to deserve a pair of wings,” he wrote in the first paragraph. After describing scenes from “a picture so utterly lacking in drama”, Hall closes with a restatement of his opening. “The narrative is as flat as the proverbial pancake, with only a few scenes of a coal mine to relieve its monotonous trend.”

The film ran for 70 minutes, or 7 reels in the days of 10 minutes per reel. As with The Moonshiner’s Daughter discussed in part 1 and so many silent movies, Coming Through is currently a “lost film.” Perhaps a copy will turn up somewhere someday.

This piece first appeared on the Birmingham History Center blog in February 2013.

Posted by AlabamaYesterdays at 5:49 AM