The spring 2012 filming at Rickwood Field of 42, a feature film about baseball giant Jackie Robinson, brings to mind other movies shot in the Birmingham area over the years.  The original home of the Barons was also used extensively in Cobb [1994], a portrait of another baseball great, Ty Cobb. In the mid-1970s filming of Stay Hungry [1976] brought Jeff Bridges, Sally Fields, and a body builder named Arnold Schwarzenegger to the city as Bob Rafelson directed the film version of Alabama author Charles Gaines’ novel. In recent years numerous features have been filmed in the area. Birmingham’s place in feature films goes much further back however; three of the earliest Hollywood movies made in the state were filmed here in the days when films were silent.


Silent filmmaking arrived in the South very early in the twentieth century. Beginning in 1908, the Kalem Company operated in Jacksonville, Florida, each winter. At least eight films were made between 1916 and 1926 at Norman Studios, also in Jacksonville; all featured totally black casts. For about a decade until 1919, when most filming had moved from the northeast to California, Florida was known as the “Winter Film Capitol of the World.” In addition, the very first Tarzan film, Tarzan of the Apes staring Elmo Lincoln, was shot in Louisiana in 1918.


If Marilyn Davis Barefield is correct, the Kalem Company filmed one of its titles in the region. In her book History of Mountain Brook, Alabama and Incidentally of Shades Valley [1989; p. 88] she writes, “Old Kalem Company filmed “Moonshiner’s Daughter” in a cave near Bluff Park Hotel and Hales Springs. Dr. J.E. Dedman played the moonshiner and Irene Boyle his daughter. Stuart Holmes and Charlie Armstrong played a moonshiner and a revenuer.” Since the Kalem Company was founded in New York City in 1907 and was purchased by Vitagraph Studios in 1917, Moonshiner’s Daughter was presumably made during that decade. 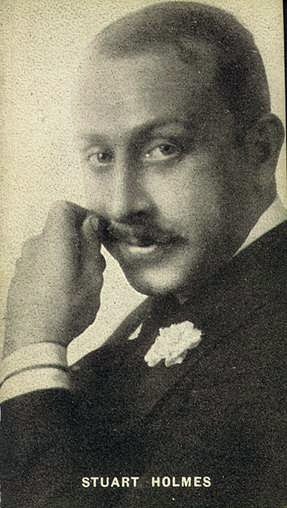 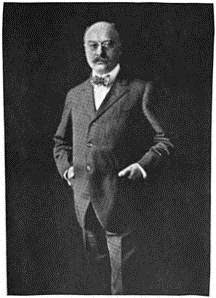 George Kleine founded the Kalem Company in 1907 with Samuel Long & Frank Marion.
The company was named for their initials K, L and M.
Source: Wikipedia 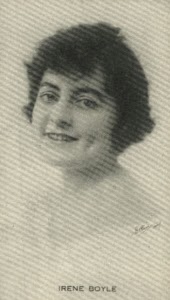 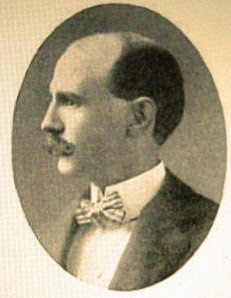 
During its existence Kalem released almost 1500 films; and because it owned no studio, early filming was done on location in New York City or New Jersey. Kalem was among the first companies to film year round and thus set up its Florida operations. In 1910 Kalem became the first U.S. company to film outside the country when A Lad from Old Ireland was made in Ireland. After making several more films there, Kalem moved a crew and actors to Palestine in 1912 for From the Manger to the Cross, the first five-reel film.


Did Kalem really come to the Birmingham area to make a silent movie? Irene Boyle and Stuart Holmes were indeed film actors. According to the Internet Movie Database, Boyle appeared in over three dozen movies between 1913 and 1923, although Moonshiner’s Daughter is not included. Holmes appeared in over 400 films between 1909 and 1964; the Birmingham film is not included in his list either. This absence may just be a reflection of the IMDB’s weak documentation of silent films, however; copies of most silent films have not survived and secondary information is often the only evidence. Holmes and Boyle are known to have made at least two films together, both in 1913 and both Kalem films: The Face at the Window and Open Switch.


The “Dr. J.E. Dedman” mentioned by Barefield was Birmingham physician James Edwin Dedman.  He was born in Selma in 1870 and graduated from the University of Alabama. After medical school in Nashville and further training and practice in New York City and Indianapolis, he settled in Birmingham in 1898. By 1904 he was married to Madge Whitney and they had one daughter. What drew him to film acting is unknown. His profile in Dubose’s Notable Men of Alabama [volume 2, 1904, pp 166-168] indicates no thespian interests. Dedman died in March 1953.  “Charlie Armstrong” has not been identified and may have been either a professional actor or a local like Dedman.


The Bluff Park Hotel and Hale Springs are discussed in James F. Sulzby, Jr.’s wonderful Historic Alabama Hotels and Resorts [1960, pp 74-77]. The Springs were named after Gardner Hale, who owned the property from 1858 until his death in 1885. The hotel was constructed in 1907 and operated until 1923; it burned in 1925.


According to J. W. Williamson’s Southern Mountaineers in Silent Films [1994, pp 5-6, 23-25], Kalem did indeed release a film called The Moonshiner’s Daughter in April, 1908. His book reprints the studio’s detailed plot synopsis printed in The Moving Picture World’s April 4 issue. Unfortunately, nothing is mentioned about either the cast or filming location.


Kalem also released Peggy, the Moonshiner’s Daughter in 1911. That film starred Alice Joyce and Carlyle Blackwell, however. Three other films entitled The Moonshiner’s Daughter were released by other studios between 1910 and 1914. The topic was apparently a popular one at the time. In 1898 a play by Bernard Frances Moore called “The Moonshiner’s Daughter: A Play of Mountain Life in Three Acts” was published in Boston and may have achieved some success in vaudeville and other venues. How or whether the play is related to any of these films is unknown. A search of several years’ worth of Birmingham newspapers and other sources will probably be needed to determine more details about Kalem in Alabama.


[To be continued]
This piece appeared on the Birmingham History Center's blog in November 2012.
Posted by AlabamaYesterdays at 6:55 AM