For many decades one of the outreach methods used by public libraries all over America has been the bookmobile. These rolling collections brought reading material to both adults and children who often had no way to get to the city or county's public library building. A recent article by Piotr Kowalczyk on the "10 Most Extraordinary Mobile Libraries" describes a variety of moving libraries from around the world.


Below are some photographs of bookmobiles that once toured the roads in Alabama. These images come mostly from the digital collections of the Alabama Department of Archives and History. In many the vehicle seems to be parked in front of a school, which often had no library or a poorly stocked one. The photographs seem to date from the 1920's and 1930's. Some city and county public libraries in the state still operate bookmobiles including Baldwin, Huntsville-Madison, Mobile and Tuscaloosa.

Two brief pieces on early bookmobiles can be found in the book The Heritage of Jefferson County, Alabama, published in 2002: "Jefferson County Free Library Bookmobile" by James Spotswood and "When the Bookmobile Came to Aunt Ruth's House" by Frances Hulsey Pardue, both on page 211.

Some nice photographs of the Tuscaloosa County bookmobile from days past can be found here. 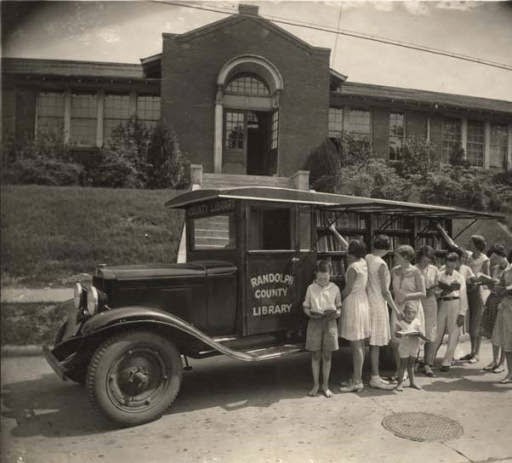 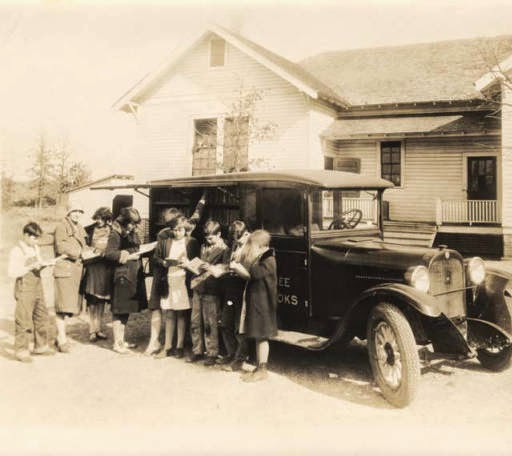 This bookmobile was in Anniston. 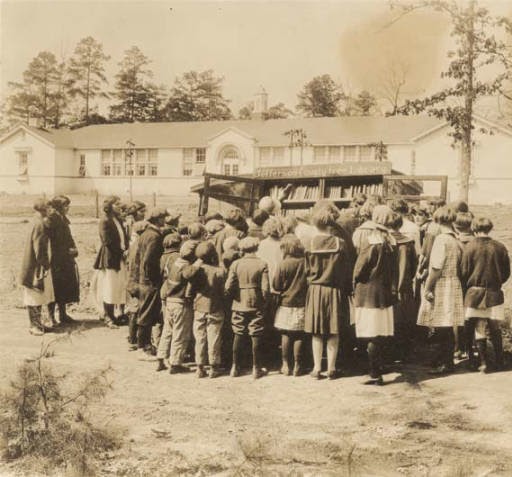 This bookmobile was operated by the Jefferson County Free Library. 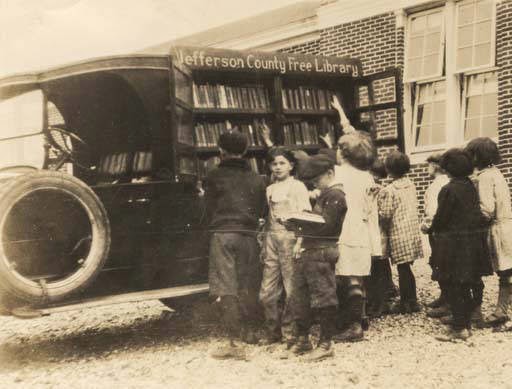 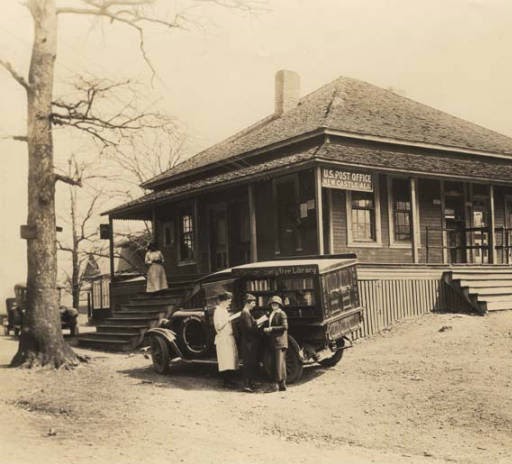 Here the Jefferson County Free Library bookmobile is parked at the U.S. Post Office at New Castle where women are browsing through the choices. New Castle was a mining town near Fultondale; a post office was established in 1874. Some filming for the 1925 silent movie Coming Through was done here. From the looks of the tree and the women's coats, this visit must have taken place in winter. 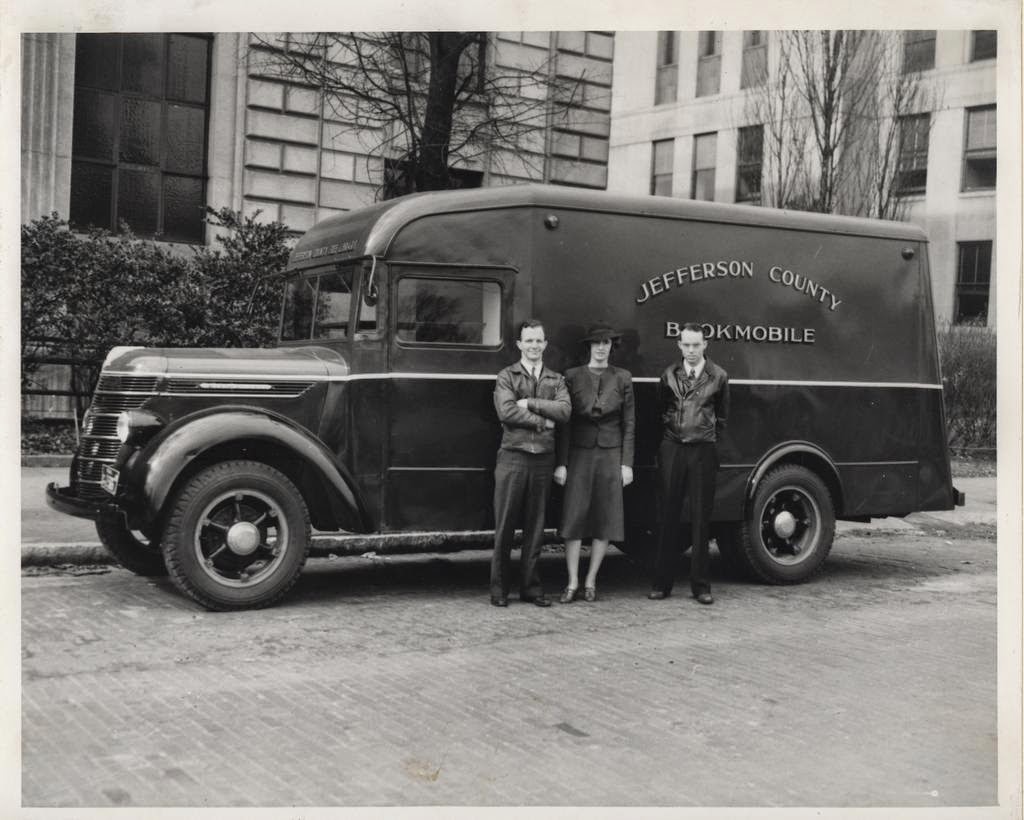 This photo shows the Jefferson County Bookmobile outside the service entrance to Birmingham Public Library in 1939. Librarian Dorothy West is flanked by two of the bookmobile drivers. 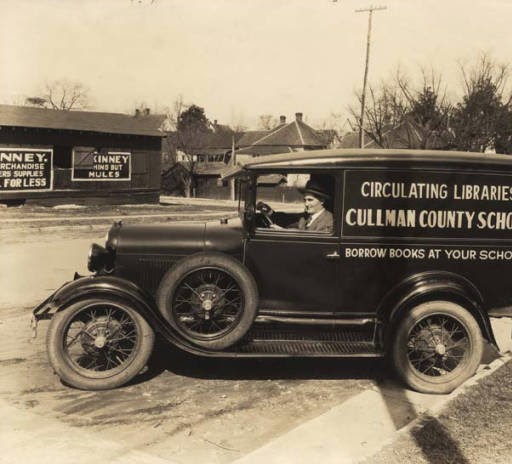 This vehicle seems to have been a rolling advertisement for Cullman County's bookmobile. 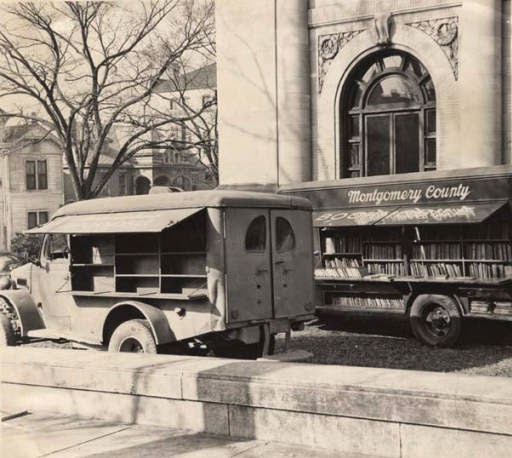 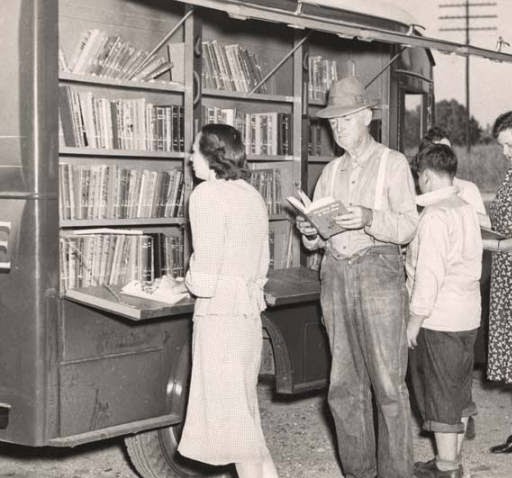 And finally, a bookmobile in Tuscaloosa County [and finally a grown man!] 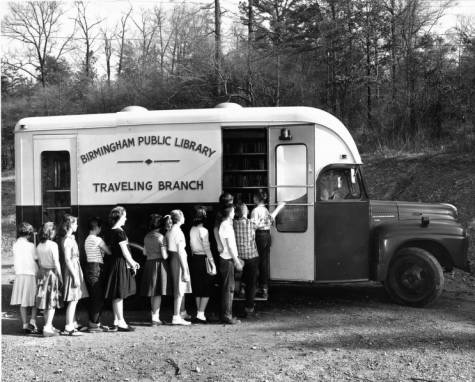