Christmas Past in Alabama

What to say about Christmas? A time of both great spirituality and much commerce, the day has a fascinating history and practice both sacred and secular.

Let's take a look at a few items from Christmas past in Alabama.
Many other Christmas images from the state's past can be found on Alabama Mosaic. 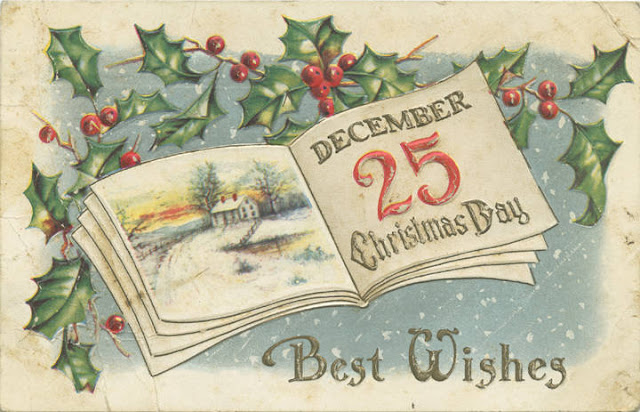 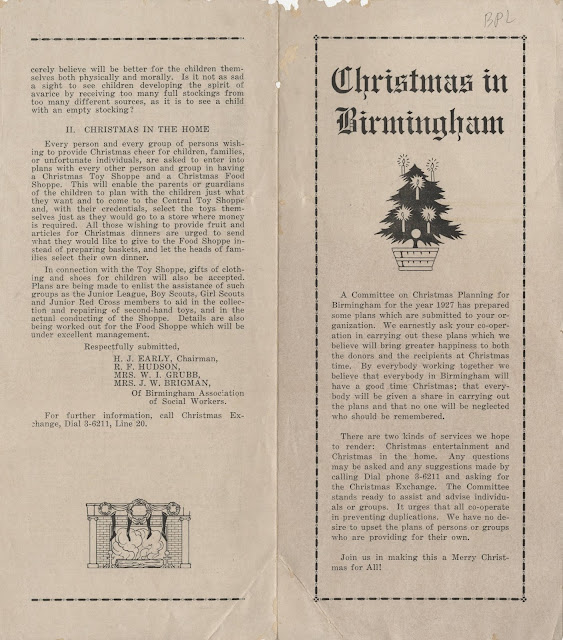 A brochure published by the Birmingham Association of Social Workers in 1927. 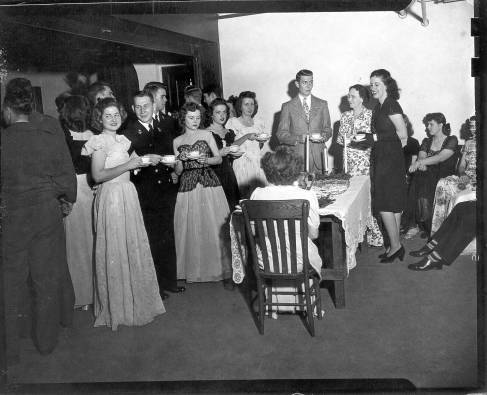 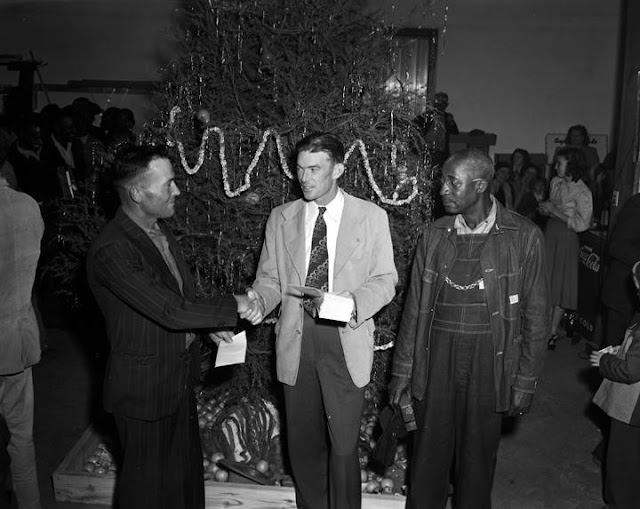 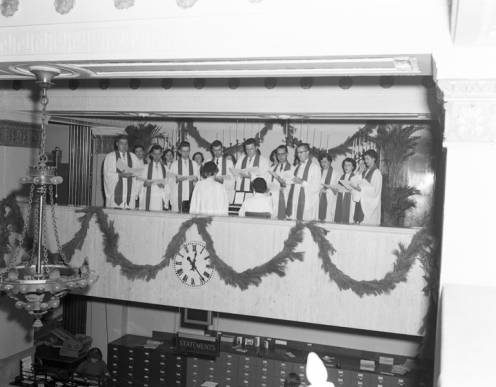 Choir at the First National Bank in Montgomery in December 19, 1955 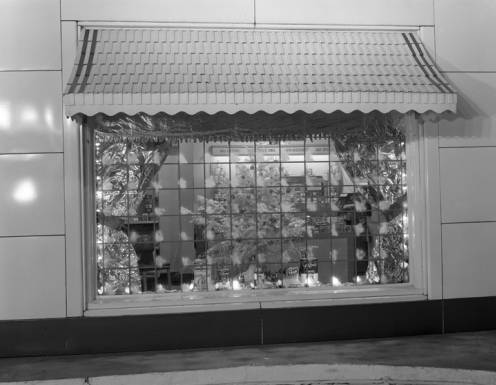 Christmas decorations at a Gulf gas station in Montgomery on December 21, 1955 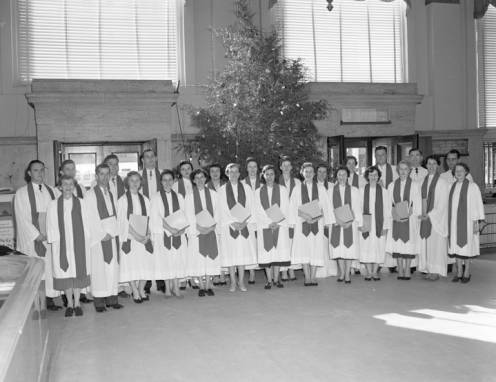 Choir in the lobby of the First National Bank in Montgomery on December 18, 1956 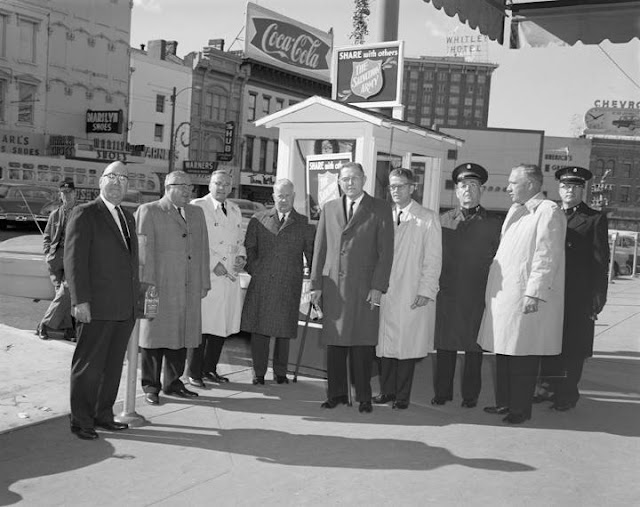 This article appeared in the Birmingham News on November 23, 1965. Eastwood Mall was the first enclosed mall in the Deep South and the third largest in the nation when it opened in 1960. The mall was demolished in 2006; a Wal-Mart currently occupies the property. 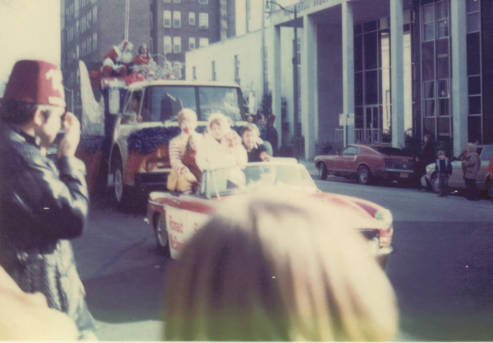 Christmas parade in Birmingham in 1972 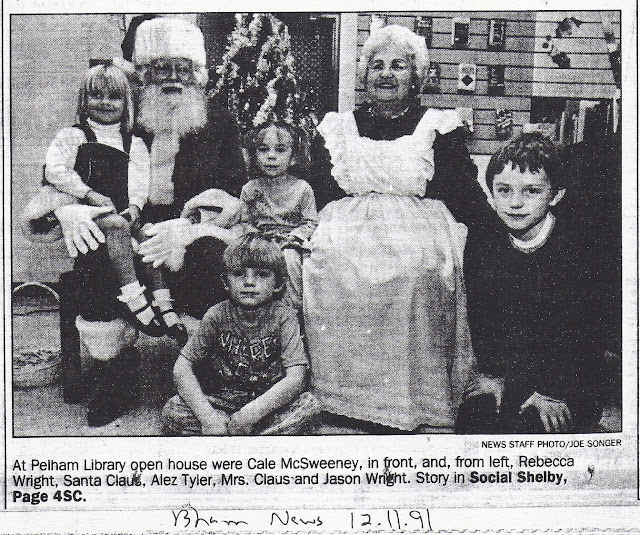 Just to keep the historical record straight, our daughter Rebecca [now Becca], is between Santa and Mrs. Claus. That is indeed our son Jason [now Amos] on the far right with that knowing smirk on his face.

Posted by AlabamaYesterdays at 6:51 AM