Recently I was perusing the June 1911 issue of the Southern Medical Journal. In the front is a large section of advertisements and up popped several for Alabama institutions among all the others from around the South and a number in New York, Chicago and so forth. Let's take a closer look; some comments are below each ad.

You can find the entire issue at the Internet Archive. The Southern Medical Association, organized in 1906, still publishes the SMJ in Birmingham. Dr. Seale Harris [1870-1957], a prominent physician in Mobile and Birmingham, was founding editor of the journal. 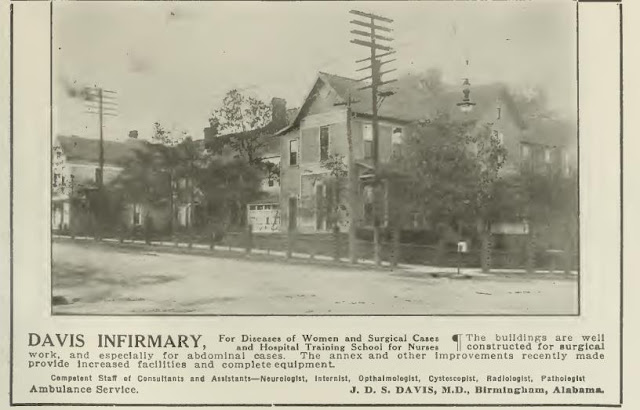 According to the advertisement, this clinic and nursing school was operated by the older of two Davis physician brothers who were sons of a doctor. The younger brother, William E.B. Davis, became prominent not only in Alabama, but in the South and beyond. The two brothers were among the founders of the Birmingham Medical College. The BhamWiki entry on William notes they opened the infirmary in 1894. A statue of William stands in front of the Hillman Building on the UAB campus. 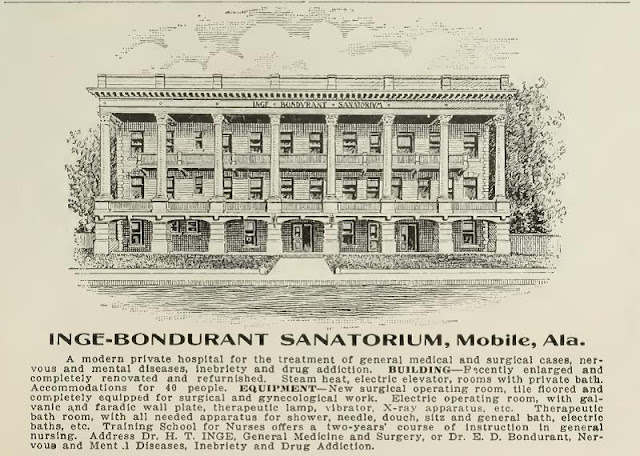 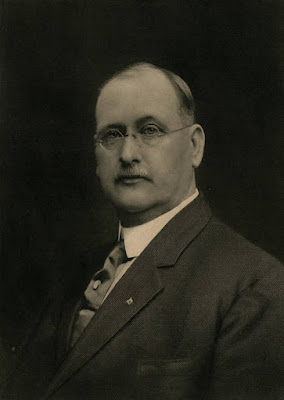 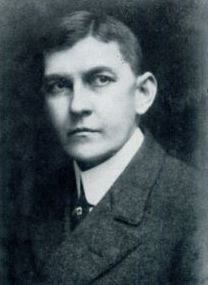 These two men both graduated from medical school in 1883, Inge in New York and Bondurant in Virginia. Both were certified to practice in Alabama in that same year. Inge began practice in Mobile in 1883. Bondurant received his certification in Hale County; when he moved to Mobile is currently unknown. I found them both listed in the 1913 Transactions of the Medical Association of the State of Alabama. In addition to "normal" medical and surgical problems, this private hospital also accepted patients with nervous and mental diseases and alcohol and drug addictions. As befits their ad in a medical journal, a detailed listing of the hospital's equipment is given. 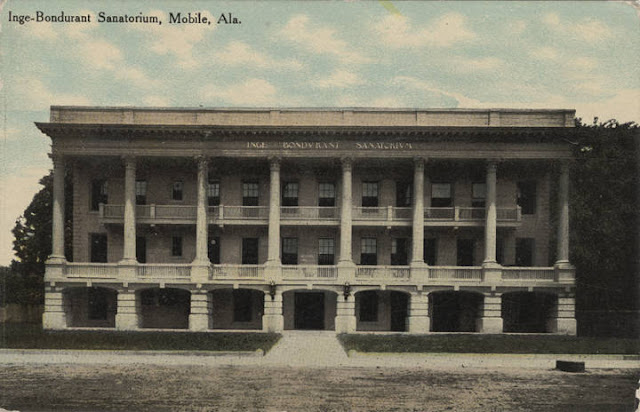 This early twentieth-century postcard showing the sanatorium is taken from the Alabama Dept of Archives & History Digital Collections. 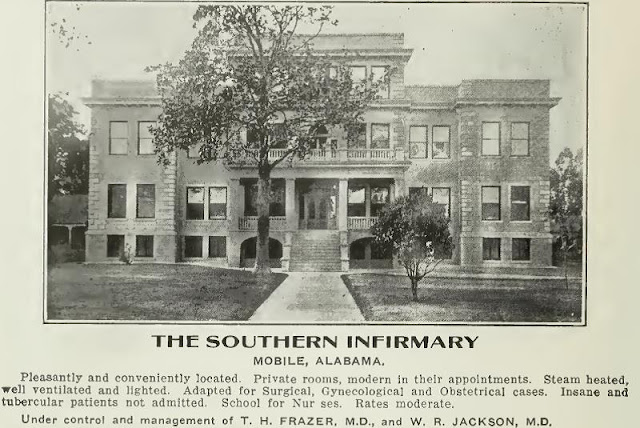 The Southern Infirmary in Mobile was operated by Drs. T.H. Frazer and W.R. Jackson. This ad touts the facility's modern private rooms, steam heat, ventilation and lighting. Surgical, gynecological and obstetrical cases were welcome, but not the insane or tubercular ones.

I found Tucker Henderson Frazer and William Richard Jackson in the same 1913 issue of the Transactions of the Medical Association of the State of Alabama linked above. The two men graduated from the Medical College of Alabama, then located in Mobile, in the same year, 1888.

Frazer was born in Auburn in 1859 and died in Mobile in 1919. He became the fifth dean of the Medical College of Alabama in 1915. His son Mel Frazer was an attorney and in 1907 published Early History of Steamboats in Alabama.

Jackson, a Texas native, did further medical study in New York City, Berlin, Vienna, and Paris. Such extensive study beyond medical school was common at that time among American students who could afford it.

The Southern Infirmary also operated a nursing school. A ca. 1900 photograph showing the nursing staff and students posing at the front entrance on St. Stephens Road can be found in the University of South Alabama McCall Library Digital Archives. 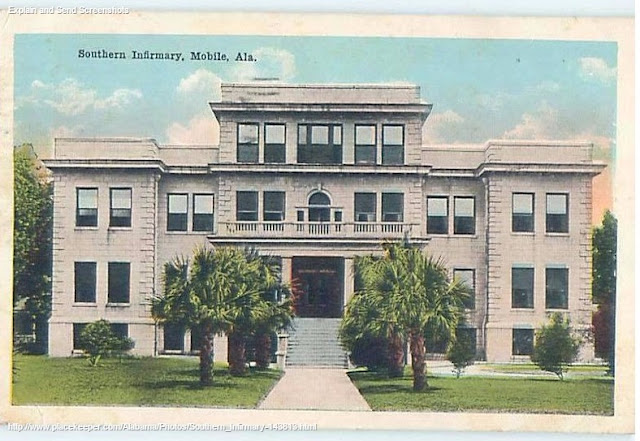 This postcard has the same view of the Southern Infirmary, with rows of palms  added. 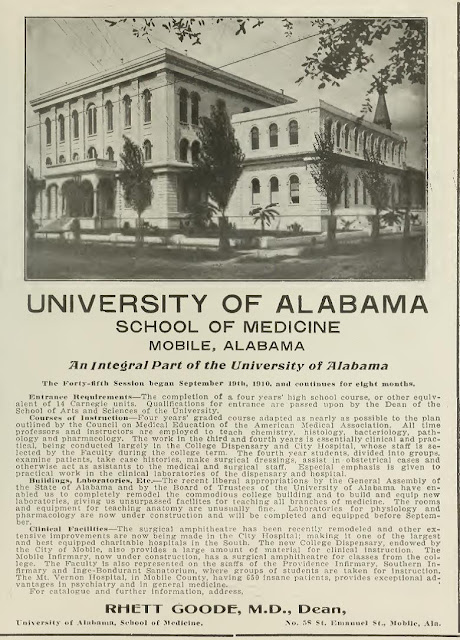 The University of Alabama School of Medicine has a long and complicated history. Chartered in Mobile before the Civil War as the Medical College of Alabama, the school became affiliated with the University in 1897 but remained in Mobile. In 1920 the medical department moved to the Tuscaloosa campus and then to its current Birmingham location in the mid-1940's.

This laboratory was "conducted" by Drs. J.P. Long and Charles Edward Dowman, Jr. I did not find Long in the 1913 Transactions, but Dowman was listed. He had graduated from the prestigious Johns Hopkins Medical School in Baltimore in 1905. Their lab was located in the Empire Building seen below, which had opened in 1909. 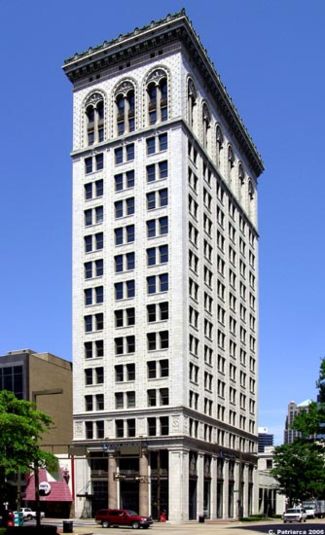 
﻿
Posted by AlabamaYesterdays at 6:27 AM