Back in April 2015 I posted an item about the films based on Augusta Evans Wilson's 1867 novel--and massive bestseller--St. Elmo. Now I'd like to include her in this ongoing blog series, "Alabama Book Covers."

In that earlier post, I included this background on Wilson:

"She's one of Mobile's legendary residents; although born in Columbus, Georgia, she spent most of her life in the city. She published nine novels before her death in 1909, and some of them such as St. Elmo and Beulah made her one of the bestselling American novelists of her day.
Like many female authors of that time, she began writing to supplement her family's income. St. Elmo sold over a million copies and made her the wealthiest female writer in America before Edith Wharton. Only Harriet Beecher Stowe's Uncle Tom's Cabin and Lew Wallace's Ben-Hur sold better among American novels in the nineteenth century.
There is a town in Mobile County named after the novel. Several of her works, including St. Elmo, can be found via Project Gutenberg. A recent book about Evans is The Life and Works of Augusta Jane Evans Wilson, 1835–1909 by Brenda Ayres [Ashgate, 2012]."

I've included comments on some of the individual illustrations below. 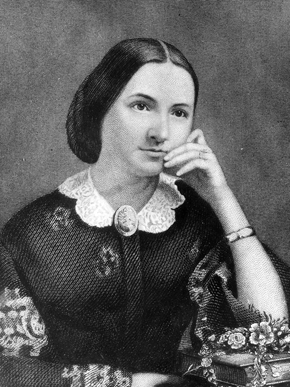 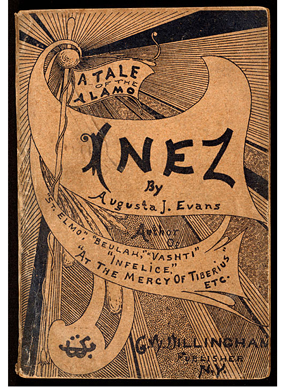 Inez, the first of Wilson's nine novels, appeared in 1855 and was not a success. She began writing the book when she was fifteen. 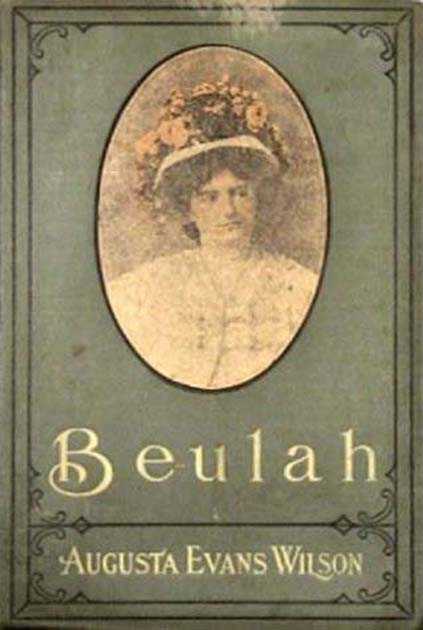 Beulah was Wilson's second novel and a big seller. The story describes a young woman's crisis of faith, much like Wilson's own, and is set in an Alabama city much like Mobile. 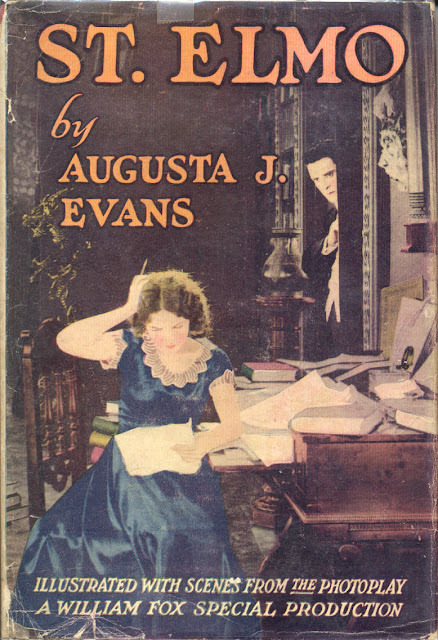 In addition to being a bestselling book, St. Elmo was filmed three times by 1923. Three other Wilson novels were also filmed. 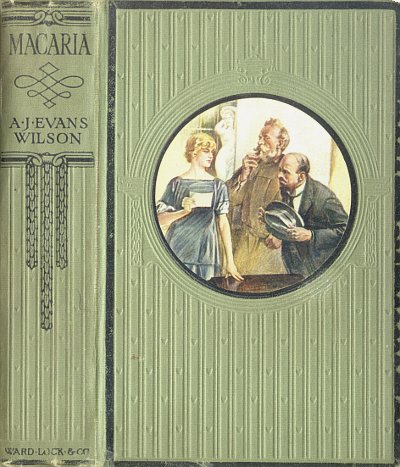 Wilson's third novel, published in 1864, was a pro-Confederacy story and was issued by different publishers in the North and South. 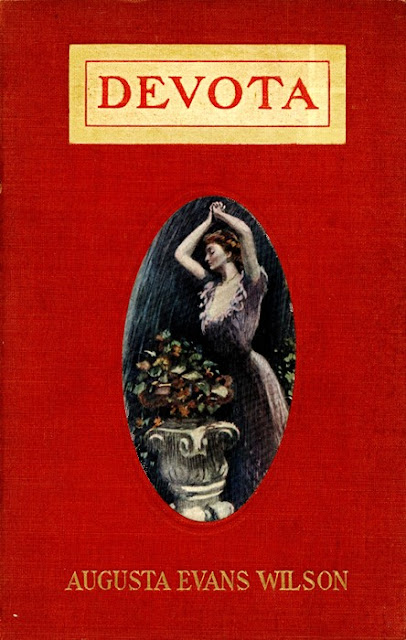 Wilson was going blind as she wrote her last novel, published in 1907. She dictated it to a niece. 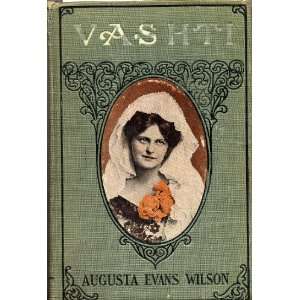 This novel was Wilson's first after the Civil War, published a year after her 1868 marriage to a successful Mobile businessman. 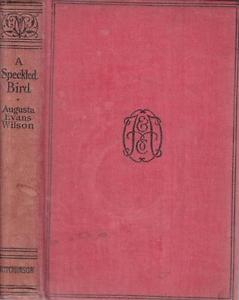 Her next to last novel appeared in 1902. 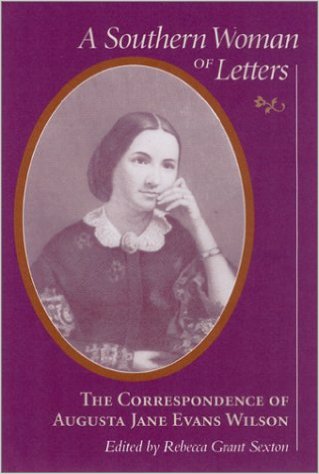 This collection of Wilson's letters was published in 2002.

Posted by AlabamaYesterdays at 6:32 AM