A Quick Visit to Colony

On our recent trip taking us from Bessemer to Jasper and Hartselle, my brother Richard and I made a drive through the town of Colony in the southwestern corner of Cullman County. Parts of this trip from Bessemer and around Jasper have already been described here, here and here.

I've noticed the I-65 exit for Colony many times, and after reading a bit about the history we decided to see it. The town's origins lie in the land claims in the area by two former slaves, and brothers, Major Reid and Enoch Montgomery. Other former slaves also filed claims, and a community slowly grew. Reid died in 1893 and his brother the following year; both are buried in the cemetery of the Methodist church in Colony.

During these early decades a cotton gin and various mills opened. A general store, Colony Mercantile, found success serving both blacks and whites in the area. A school started up in 1927 and offered instruction through seventh and then through the high school grades. Colony School merged with Hanceville in 1965 so that students were attending an accredited school. The town incorporated in 1981. Colony's population in the 2010 U.S. Census was 268.

Oddly, Virginia Foscue's Place Names in Alabama does not have an entry for Colony. My brother and I saw no historical marker in town, and I did not find one listed on the inventory of the Alabama Historical Association.
On 9 September 2020 the Cullman Times published Amy Henderson's article "New museum to highlight Colony's history". 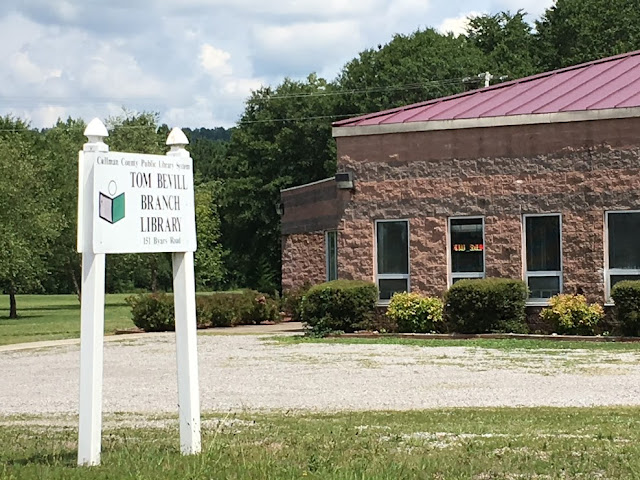 The branch library is part of the Cullman County Public Library System. 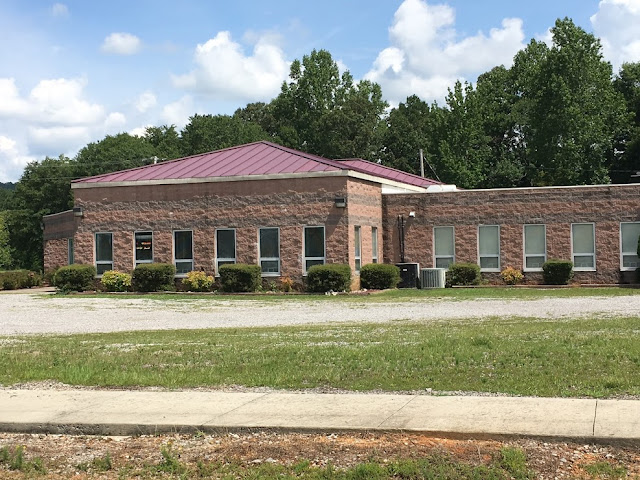 The library is housed in the Tom Bevill Educational Complex. A recent article discusses efforts to increase community use of the complex. 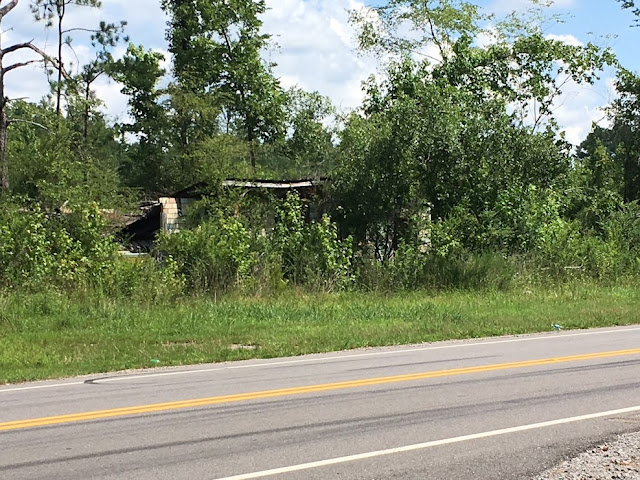 Signs of past structures can be spotted in Colony. 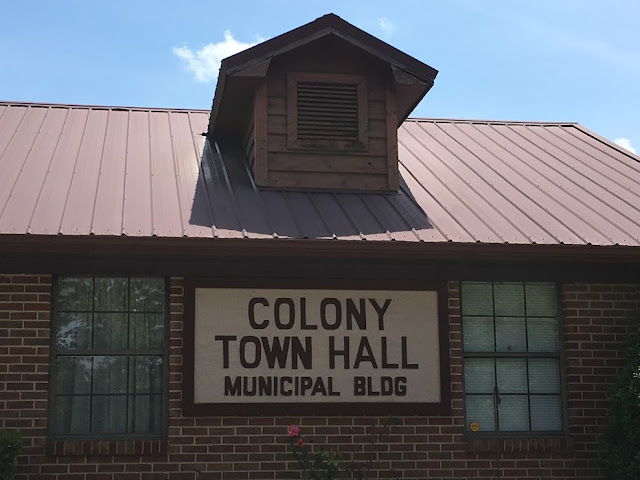 In addition to the town hall, built in 1986, and senior citizen center, Colony also has a very nice 13 acre park. 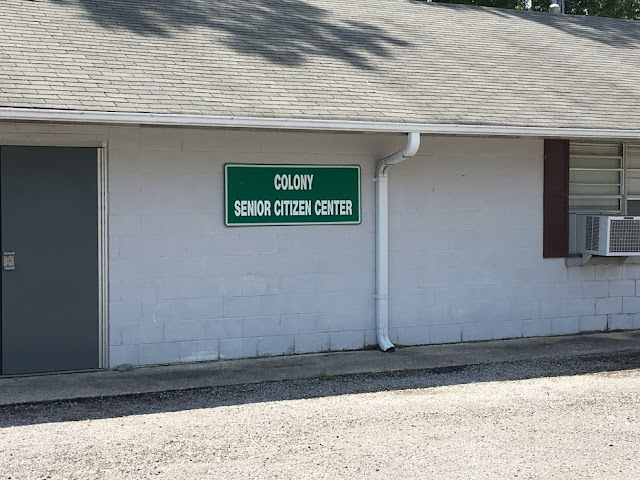