A Family Vacation at the Beach in May 1956

This post is another in a series featuring old family photographs that give me an opportunity to discuss both family and other history. Let's see what's happening here.

I've been scanning a lot of these photos recently and at mom's house in Huntsville came across several batches of "Super Pak Snaps" with photos developed at "H and H Walgreen Agency Drugs". Interestingly I found nothing related to this phrase in the Walgreen company's rather lengthy history on its website, its Wikipedia entry or via a general Google search.

Anyway, mom wrote inside the front cover of this one "Vacation 1956 (May, St. Teresa, Fla.)". She describes the place then as a fishing camp with little for her and a four year-old son to do but walk the beach and try to avoid all the trash in the dunes to get there.

There is a funny family story attached to this trip. Dad would go fishing at night, often returning pretty late. Mom and I would go to bed until some of those massive flying Florida roaches appeared and tried to carry us away. Each night when he returned mom would tell dad about these things, but he would just scoff at her tales. About the fourth night, though, just after he had come home and gotten in bed, he felt one. Mom says he hopped out of bed, turned on the light and started packing. She kids that he might have left the two of us behind if she had not packed fast enough.

St. Teresa is on U.S. 98 east of Carabelle. The place is not too far from St. George Island where we have spent many vacations over the years. We've driven past Carabelle, but never as far as St. Teresa. Might have to do it this year and see what's there now.

More comments are below some of the photos. 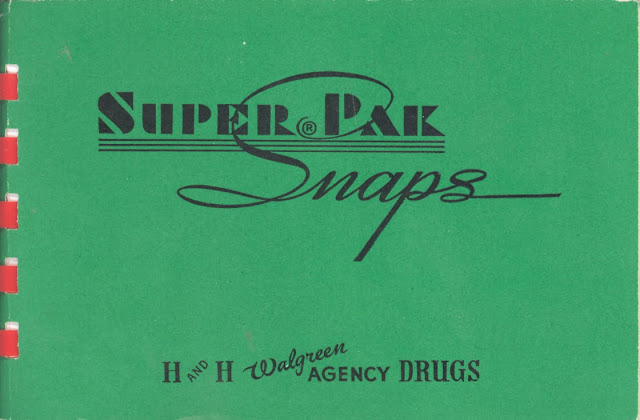 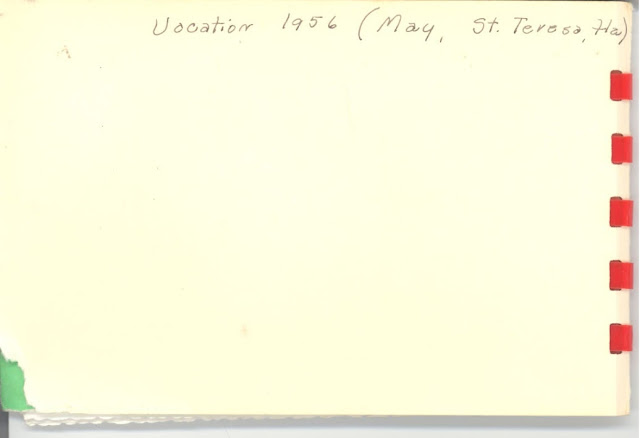 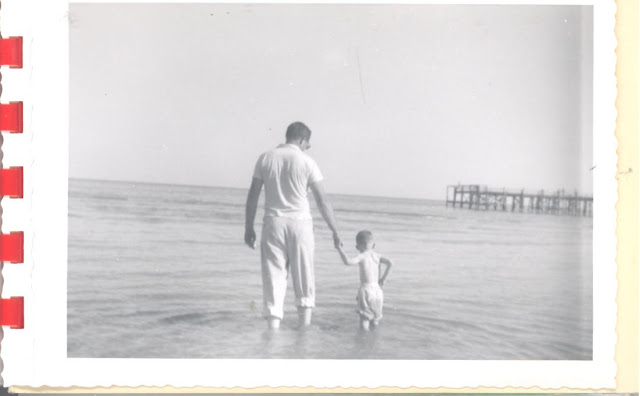 Dad and I and the pier 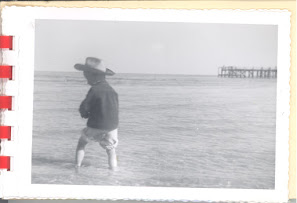 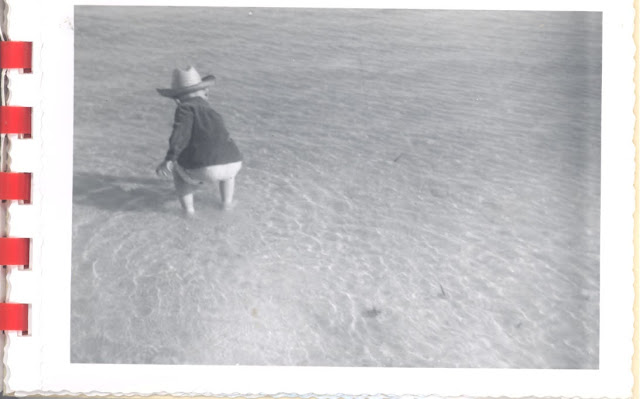 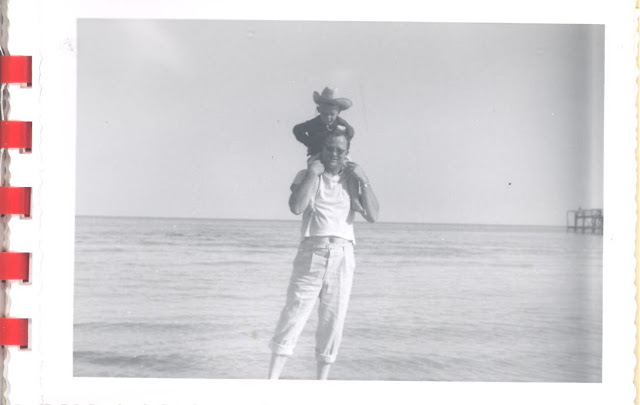 Dad and I are having some more fun. Mom always claims she never knew how to work cameras, but she did a pretty good job here. 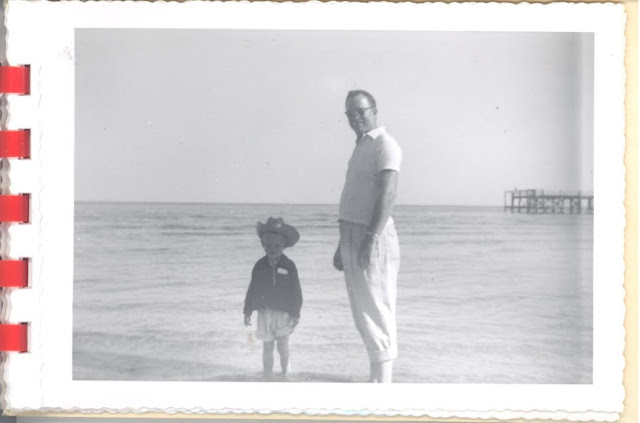 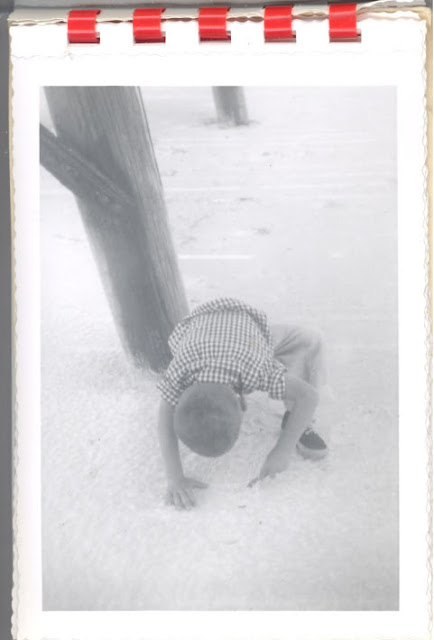 Now for some work on the beach 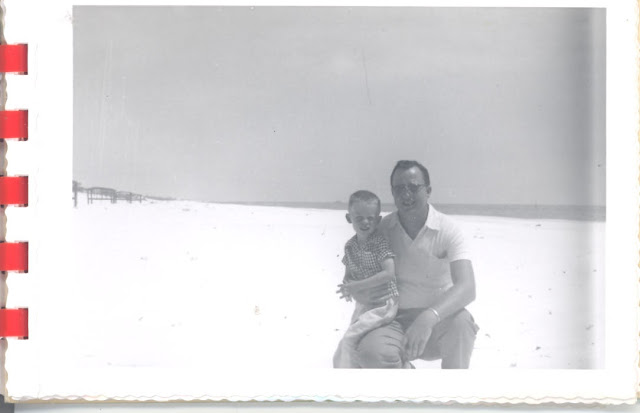 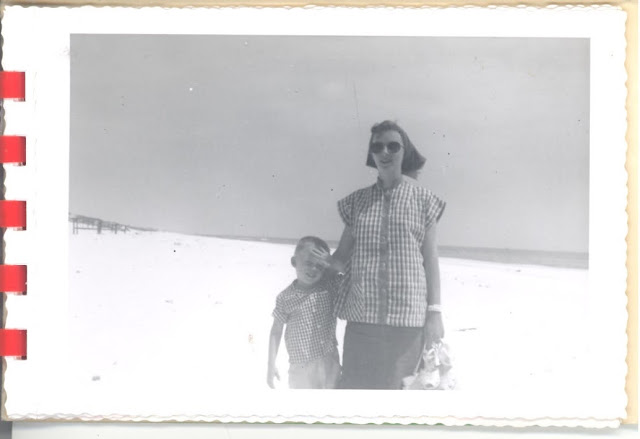 Mom and I and younger brother Richard, who would be born that October 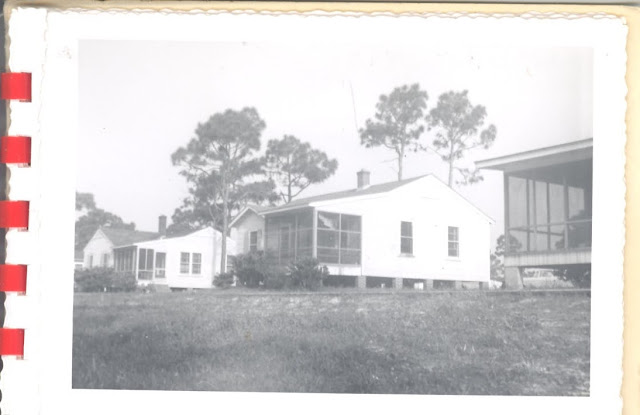 And here are the cabins; I guess ours is the one in the foreground

St. Teresa is about 37 miles from Apalachicola, which is not visible on this map but is just west of Eastpoint.