Another Lunch at the Helena Depot

Eating a good meal in the midst of some history is always fun. Recently Dianne and I had lunch at The Depot Deli & Grill in Helena. We've eaten there several times and always enjoyed it, and this lunch was no exception. Since The Depot is an historic location, and Helena has some interesting history, I thought I would post a little bit about both.

Helena began as a community known as Cove in the mid-1840's and then renamed Hillsboro in 1856 when a rolling mill was built in the area. That mill provided arms for Confederate forces during the Civil War. Railroads pushed into the area during the Civil War and Reconstruction, and the town was renamed again after an engineer's sweetheart.

The town boomed in the late 19th and early 20th centuries. Steel mills, a cotton gin, and coal mines all contributed to the growth that also included hotels and many stores and residences. Helena survived a devastating fire in 1895, but in 1920 decline began. The coal mines closed and the steel mill moved. The Great Depression hit hard and in 1933 a tornado killed 14 people and destroyed over 100 homes. Helena remained a small community in rural Shelby County until late in the 20th century, when suburban growth south of Birmingham exploded.

Several historical structures remain, and the entire downtown, known as Old Town Helena, is a pleasant place with various shops and restaurants. Read some more below the photos.

You can find many historical photos of Helena in a book by Ken Penhale and Martin Everse, Helena, Alabama [Images of America Series, Arcadia Press, 1998].

You can read an article about the 20th anniversary of the restaurant here. 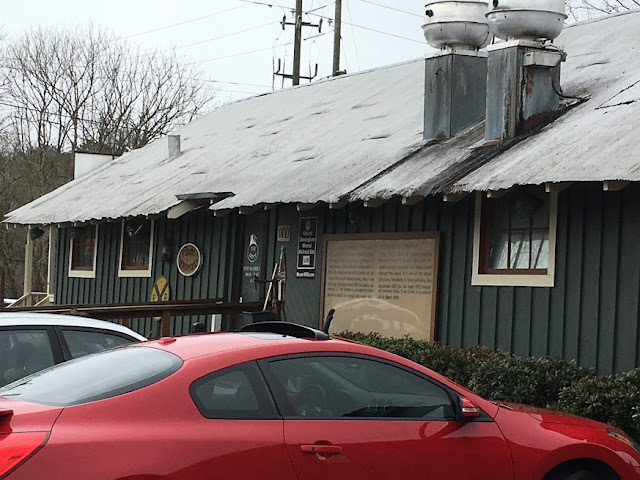 The Depot is a modest looking place, but culinary delights can be found within. 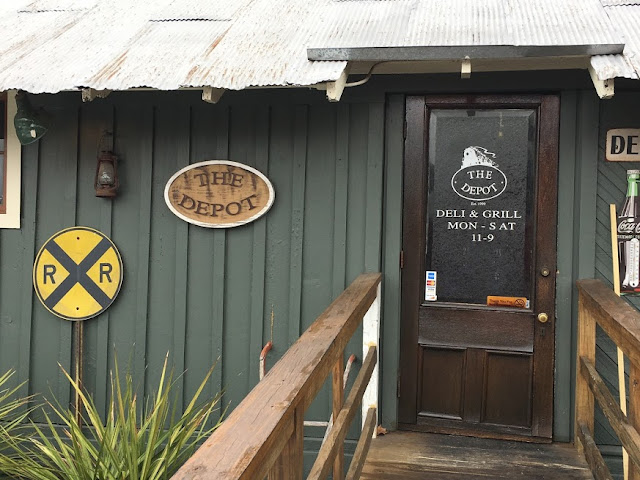 There is a definite railroad theme to the place. 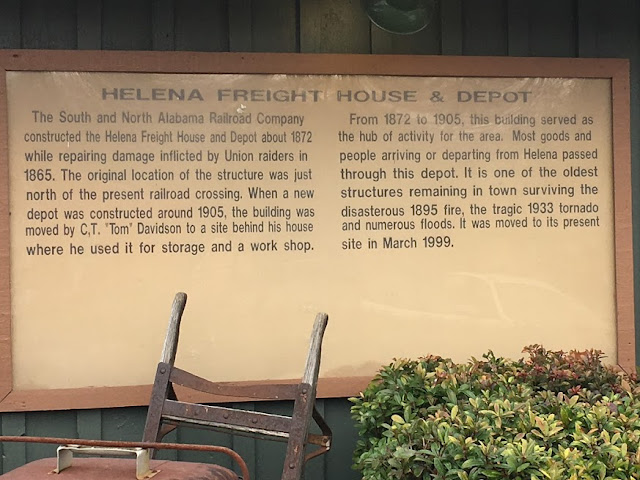 As this large sign near the entrance notes, the Depot building has been moved twice. The second move brought it to its current location in 1999, when the eatery opened. This structure was the railroad depot and freight house from 1872 until 1905. 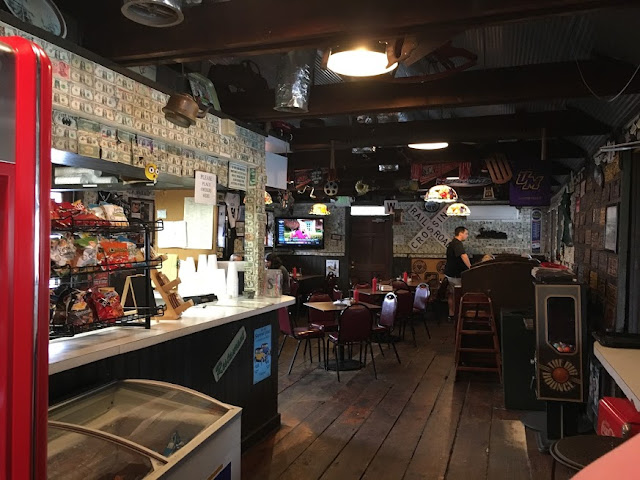 The interior retains the look and feel of a waiting room from another time. Part of the decor includes dollar bills; you can see many of them above the counter. 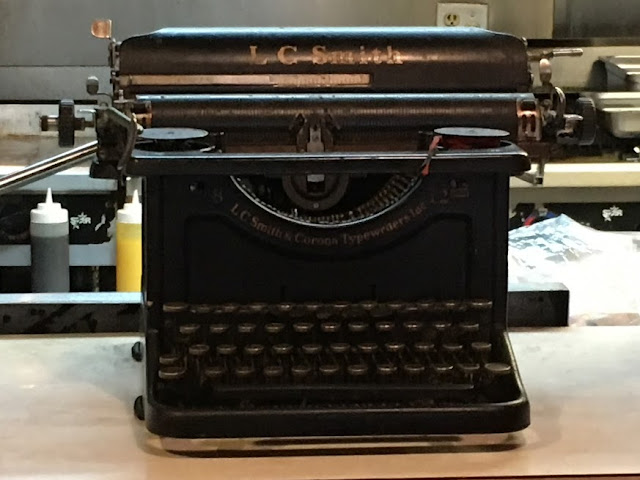 Hey, kids! Know what this item is? Many great works of literature were pounded out on similar machines. Lots of other stuff, too. 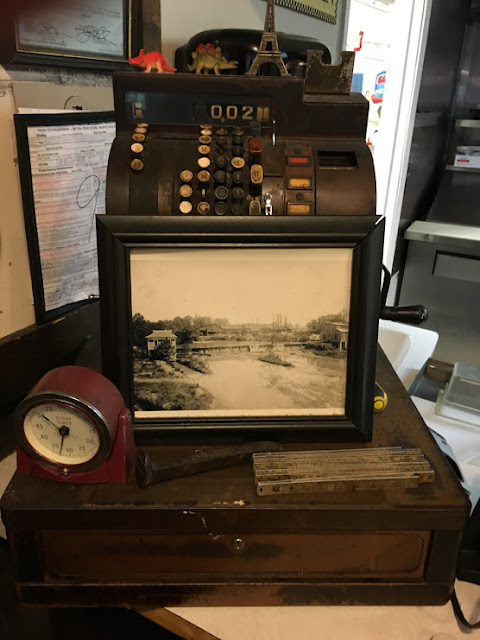 Here we have an old cash register and various trinkets and an old photo. 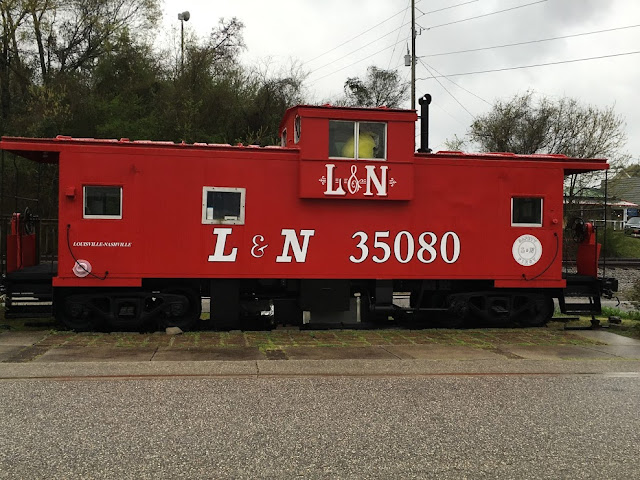 This caboose greets you from across the street as you enter and leave the Depot. Railroads lost some of their magic when they stopped using these. 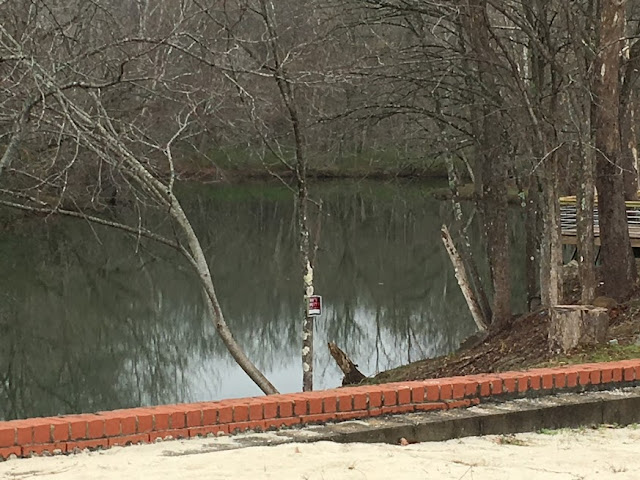 There are some pleasant views from the patio. 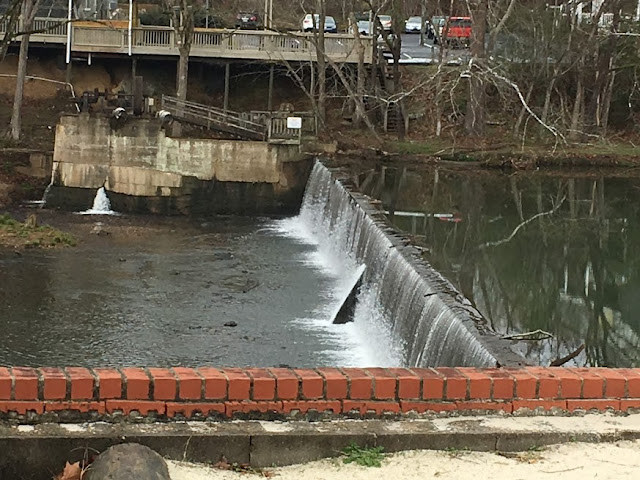 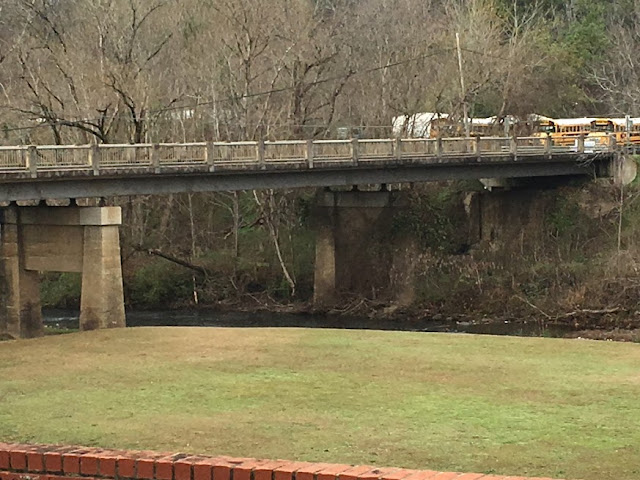 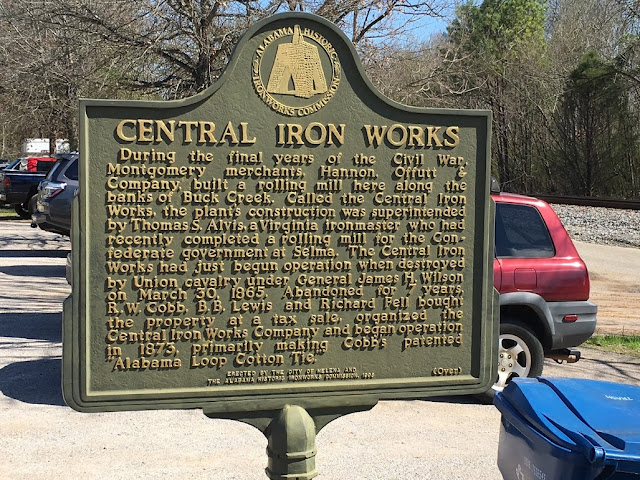 This plaque is just outside the Depot and across the street next to the caboose. 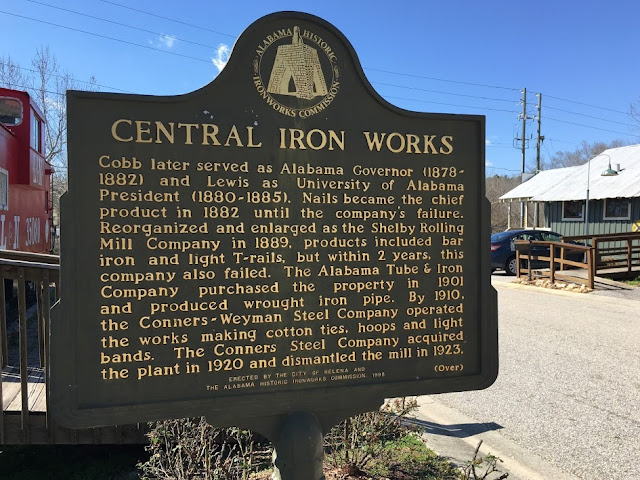 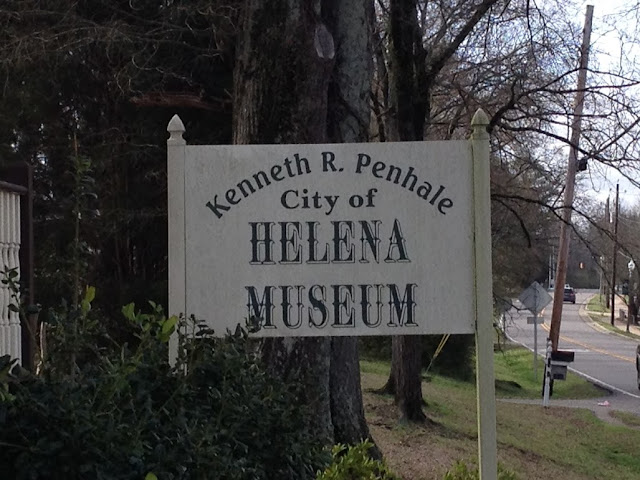 Just down the road from the Depot is the Penhale Museum, devoted to history of the area. The Museum, which celebrated its fifth anniversary last year, is open most Saturdays, but call ahead to make sure. 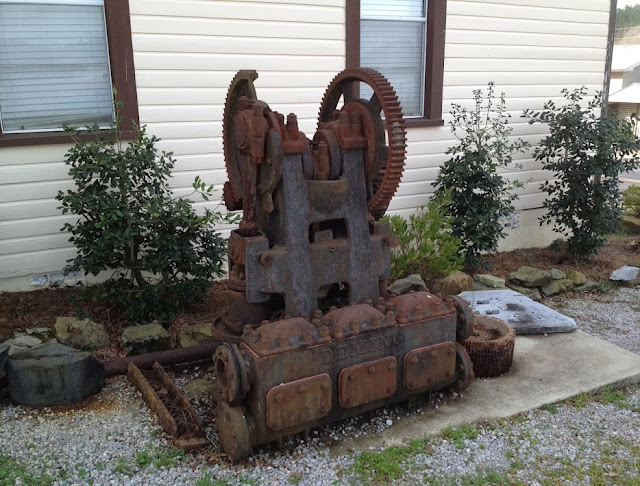 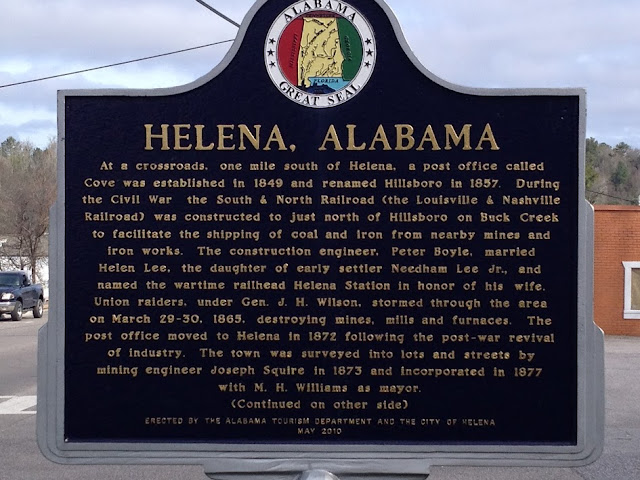 Posted by AlabamaYesterdays at 8:44 AM