A Plaque in UAB's Jefferson Tower

I've written a number of blog posts and other items devoted to some aspect of medical history in Birmingham, and this one is another in that series.

Past the main entrance of the Jefferson Tower building on the UAB campus, near the public elevators, is the plaque you see below. Let's investigate.

In the 1930's the growing number of indigent patients in Jefferson County began to overwhelm the facilities at Hillman Hospital. The county and Birmingham agreed on a joint funding mechanism in 1939. The year before the U.S. Public Works Administration offered two million dollars in a grant and loan to fund the building of a new hospital that would charge patients based on their ability to pay.

The new facility was a modern one, sixteen stories that could hold almost 600 patients. The maternity ward occupied the entire fifth floor, and eight operating rooms filled the seventh floor. The top two floors provided living space for numerous nurses and interns.

The first patients were accepted at Jefferson-Hillman Hospital in February 1941. In December 1944 the county gave the hospital to the University of Alabama. This donation was part of the two-year Medical College of Alabama's move from Tuscaloosa to Birmingham to become a four-year school. Students entered the first class in October 1945.

The building was renamed Jefferson Tower in 1979. UAB's new hospital building, the North Pavilion, opened in late 2004 and most clinical services were moved out of Jefferson Tower.

My original purpose for this blog post involved the local names on this plaque. I've spent some time researching all of them, but found nothing much online about the six commissioners listed. The same goes for half the men listed on the Building Committee. However, Cooper Green was a well-known businessman and politician and the namesake for Cooper Green Mercy Hospital. Dr. Harry L. Jackson was apparently a prominent local surgeon.

James S. McLester, MD, had served on the faculty of the Birmingham Medical College from 1902 until 1915 when the school closed. He was Professor of Medicine at the Tuscaloosa school and then at the new one in Birmingham from 1920 until 1945. He was head of the Hillman Hospital medical staff. An expert on nutrition, McLester published two books on the topic. He also served as President of the American Medical Association in 1934.

The Birmingham Public Library has this information about the architect in it's introduction to the collection of his firm's papers:

"Charles H. McCauley (1893 – 1970) was born in Chicago and studied architecture at the University of Illinois. McCauley practiced architecture in Chicago before moving to Birmingham in 1919 where he worked for William Leslie Welton before opening his own practice in 1925. McCauley and his firm, Charles H. McCauley Associates, designed many important buildings in Birmingham including Temple Beth-El (1926), Medical Arts Building (1931), Birmingham City Hall (1950), Boutwell Auditorium Entry Pavilion (1957), U.S. Post Office and Vehicle Maintenance Facility (1968), and First National – Southern Natural (1968-1971, with Welton Becket & Associates). At the time of McCauley’s death in 1970, Charles H. McCauley Associates was one of the largest architectural practices in the South. "


These individuals, agencies and companies created an important part of what became the medical and university behemoth UAB is today. 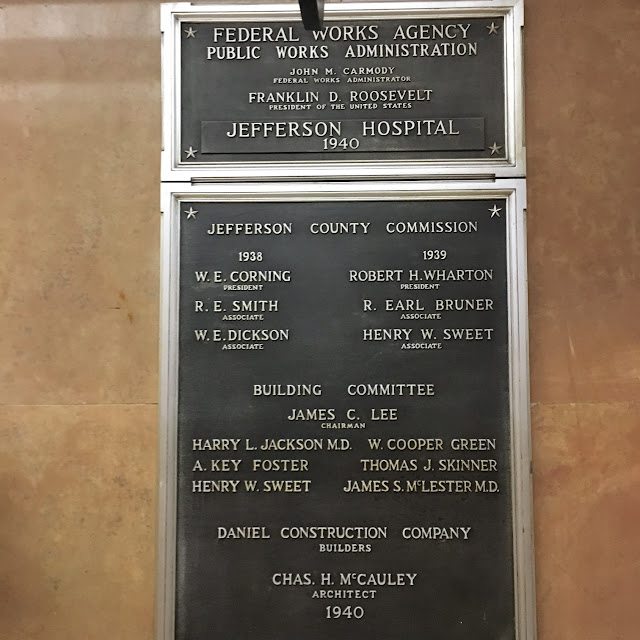 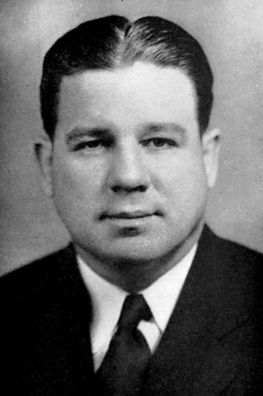 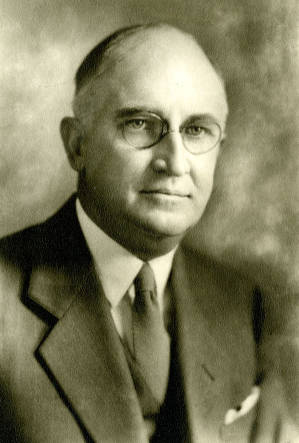 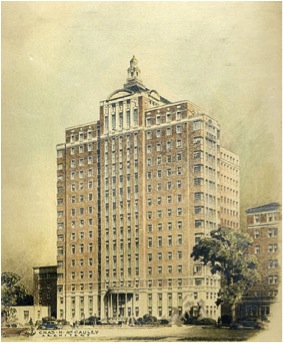 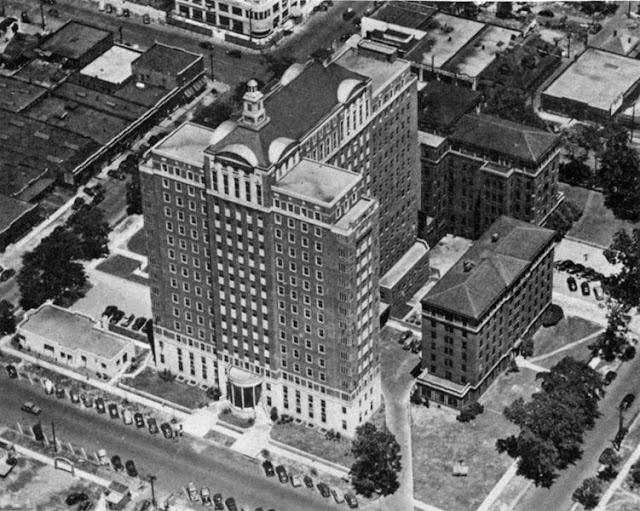 1945 aerial view of Jefferson Tower. The Kracke Building is in the lower right and Hillman Hospital on the upper right of the block. I've written a blog post about "Birmingham's Heaviest Medical Block."

Posted by AlabamaYesterdays at 5:26 AM