When Pearl Harbor was bombed in December 1941, Dad was fifteen years old. He tried to sign up after his eighteenth birthday, but he had pretty bad acne, and the military would not take him. He did work in the Goodyear tire plant in Gadsden, an essential part of the war effort.

After the war he tried again with the US Navy and was accepted in July 1946. Most of the memorabilia we have on his service is stored at mom's; I'll be digging into that one day. We also have dad's rather lengthy written memories of his Navy stint; I hope to transcribe and post that material also. He includes lots of detail and some fascinating stories.

In the meantime, here is just a bit about his Navy years and especially the ship on which he served in the South Pacific, the USS Errol.

The light cargo ship was originally built for the US Army during the war. The Navy acquired it in April 1947 while the vessel was at Apra, Guam, and commissioned it on July 9. The Errol displaced 550 tons, was 177 feet long and had a crew of 42. The ship was named after Errol Shoal in Plaquemines Parish, Louisiana.

Wikipedia's entry has this to say about its duties in the Pacific:

"Errol throughout her naval service carried passengers and cargo among American islands and those of the Trust Territory of the Pacific, calling at Guam, Saipan, Tinian, Truk, the Palau Islands, Ulithi, Chichi Jima, Kwajalein, Pagan Island, Agrihan, and smaller islands in the Caroline Islands. From September to December 1949 she was overhauled at Pearl Harbor, the only interruption to her constant operations in the Pacific."

The Errol was decommissioned in July 1951 and loaned to the Department of the Interior. In January 1952 that transfer was made permanent. The final fate of the Errol is unknown according to the Wikipedia page and NavSource Online.

Dad was a member of the original crew. You can see the entire listing below. During its career in the Navy, the Errol had several captains. A listing is here. The first captain was Lieutenant Russell Quartus June, who served until September 14, 1948.

This post, by the way, is my 300th on this blog. Further comments are below some of the photos. 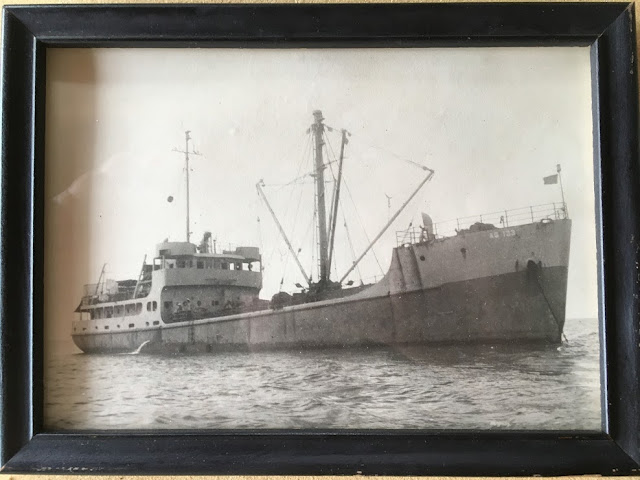 Here's dad's photo of the USS Errol; I've been unable to locate any others online. Mom says dad once told her one of the only times he was really scared during his Navy service was the first time he had to climb to the crow's nest. 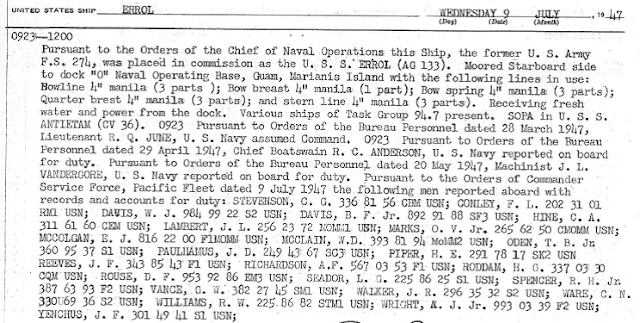 Here's the Navy's notice of commission of the vessel and the listing of the first crew. Dad is the next to the last name given. 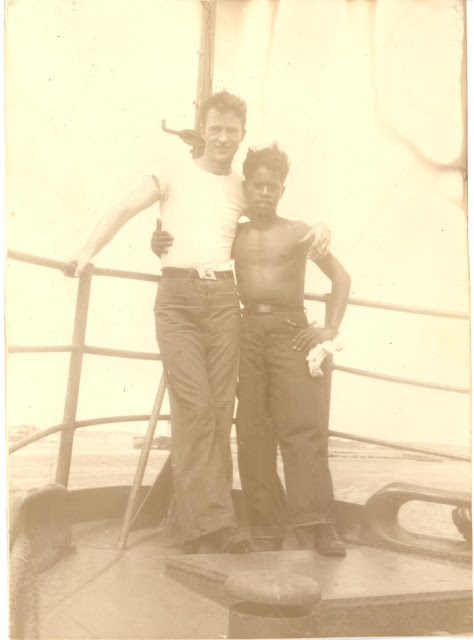 On the back of this photograph dad wrote, "AJ Wright Jr and his friend Ackuos on board the USS Errol SW Pacific 1947". 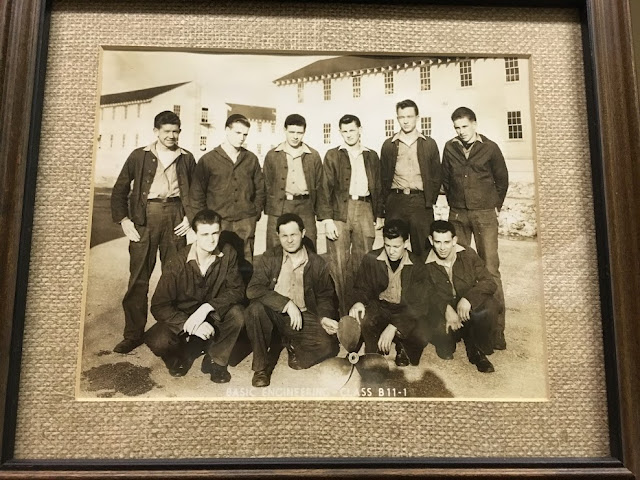 The caption reads "Basic Engineering Class B11-1".  That's dad in the back row, second from the right. I presume this photo is a class at the Naval Station Great Lakes, north of Chicago, where dad did further training after boot camp in Bainbridge, Maryland. 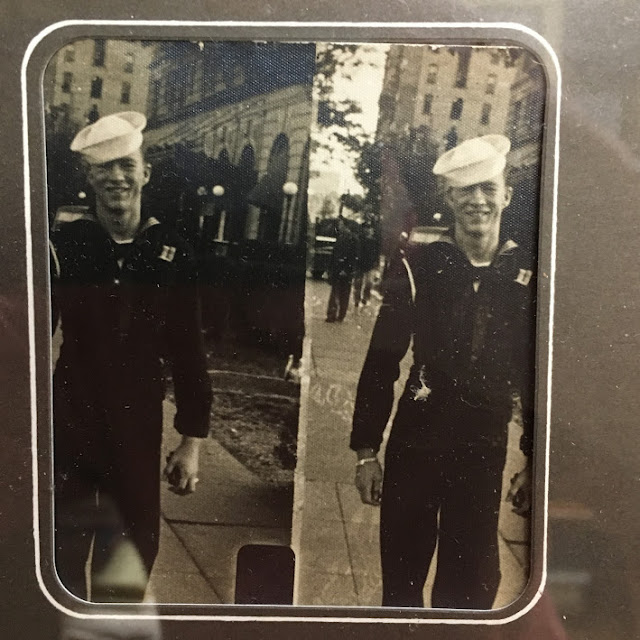 This photo may have been taken in Chicago while he was on leave. 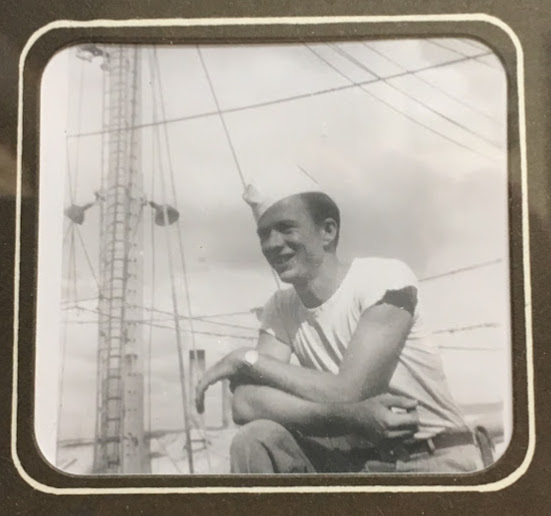 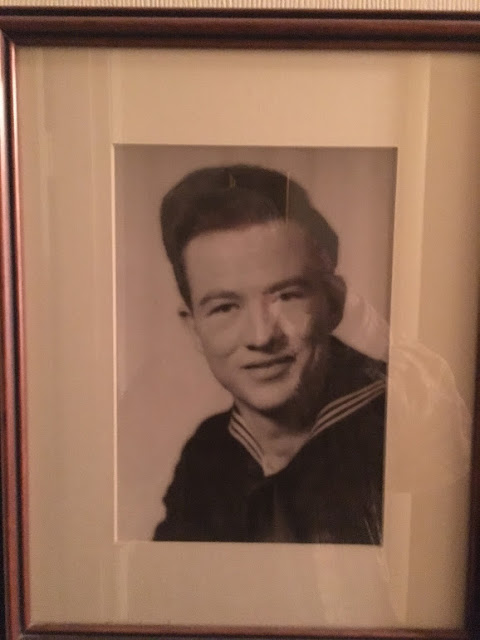 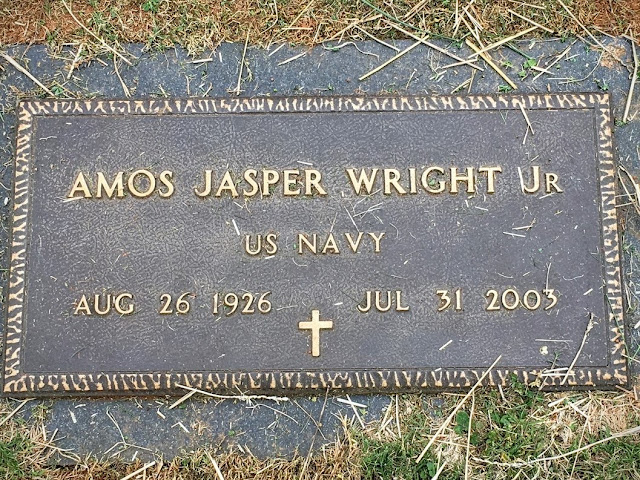 Dad is buried in one of the newer sections of Maple Hill Cemetery in Huntsville.