In May 2016 daughter Becca and husband Matt Leon moved to Edmond, Oklahoma, so he could start his new faculty position at the University of Central Oklahoma. Dianne and I went along for the move, and as a result of that trip I posted a blog entry on Creek names that had followed Native Americans on the Trail of Tears from Alabama to Oklahoma.

Dianne and I recently made a trip through Edmond to Colorado Springs to visit her father. In this post and two more I'm sharing some of the photos I took in Oklahoma, Kansas and Colorado. Bear with me, and in the final post there are several Alabama-related payoffs!

I'm discussing these photos somewhat randomly, so here goes. Part 2 of this series can be found here and part 3 here. 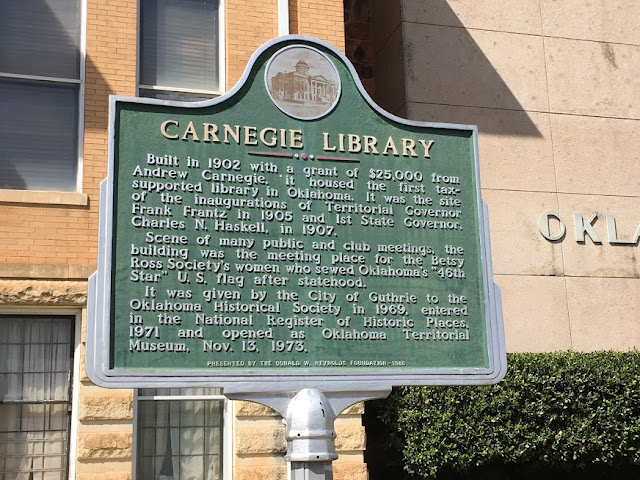 We spent our second Saturday with the kids wandering around the town of Guthrie. Unfortunately, Amos had already returned to Baton Rouge from Colorado Springs, so he was not with us.

Guthrie, Oklahoma, was once the state capitol, and the Guthrie Historic District contains over 2000 buildings. The Carnegie Library seen below was the first tax supported library in the state. 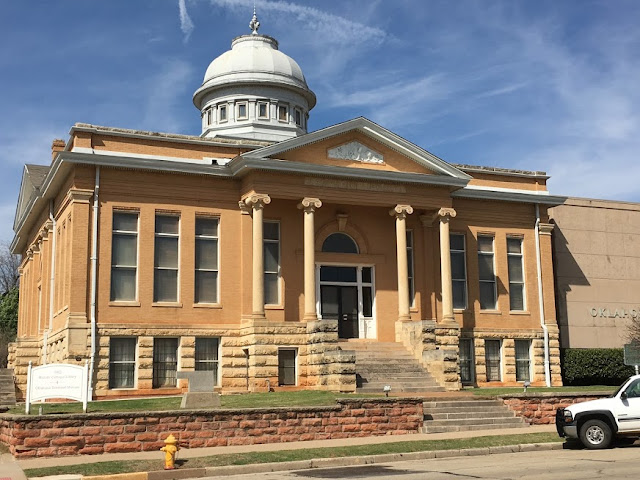 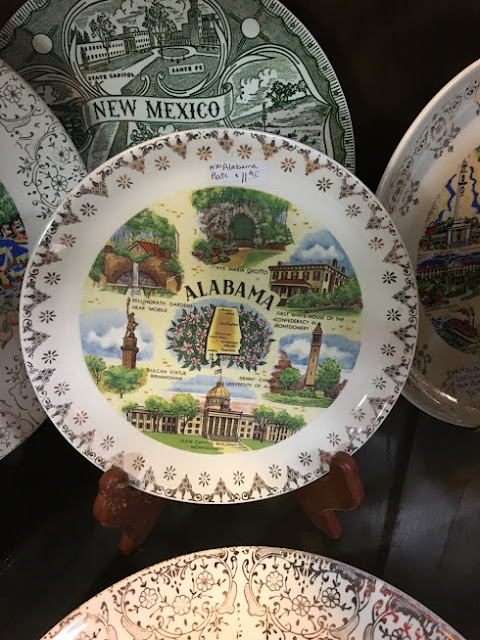 Guthrie has a number of antique shops, and we visited several. In one we found this item among a set of plates featuring all the states. 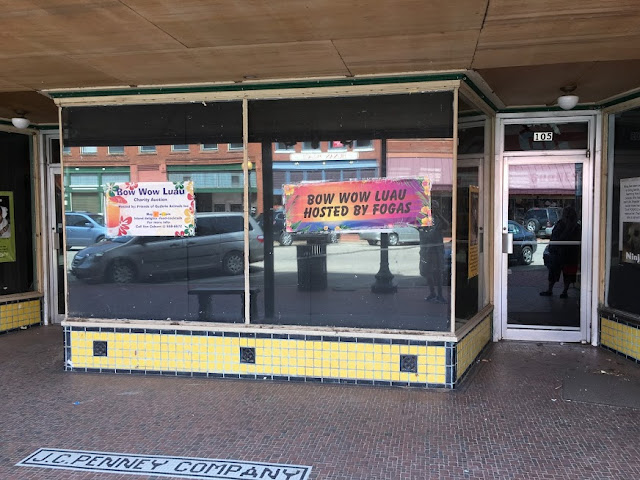 Once upon a time J.C. Penney stores even reached smaller towns like Guthrie. 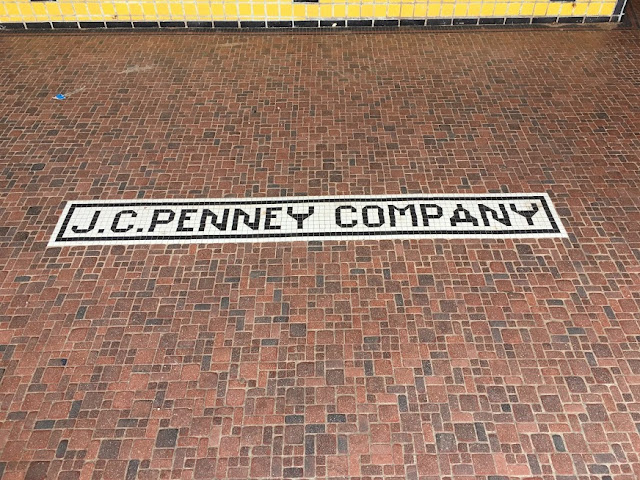 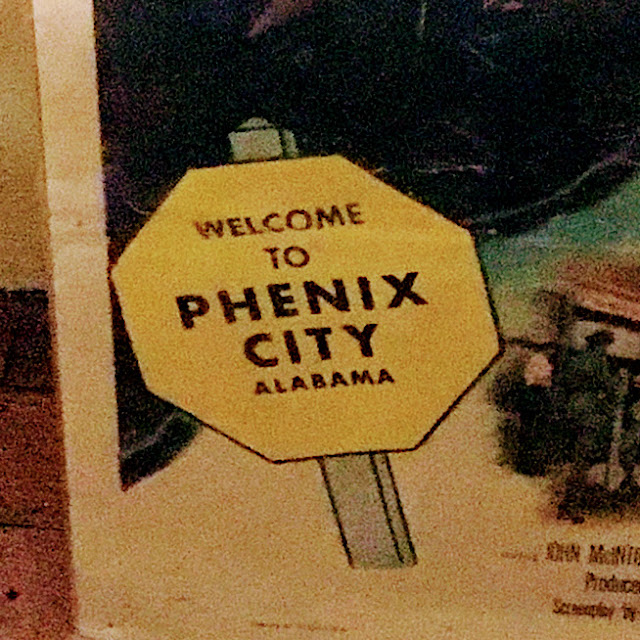 OK, now we come to another Alabama connection in Oklahoma. Upstairs in a rather dark corner of one of those antique stores we found this item. The close-up above comes from the lower left of the poster below. That poster advertises The Phenix City Story, a 1955 film about the widespread corruption in that town. Albert Patterson ran for state attorney general intending to clean up the criminal activities, but he was assassinated. As a result Governor Gordon Persons declared a minimal martial law and sent in the National Guard to take over law enforcement duties.

The poster cost $75.00 and  was not in the greatest shape, but it's probably an original and now I wish I'd bought it! 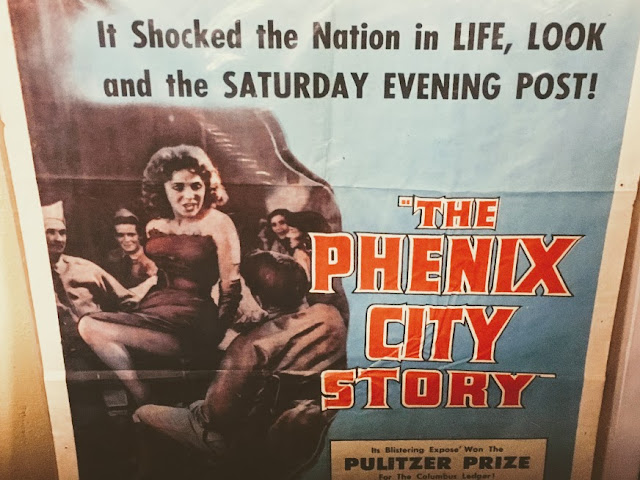 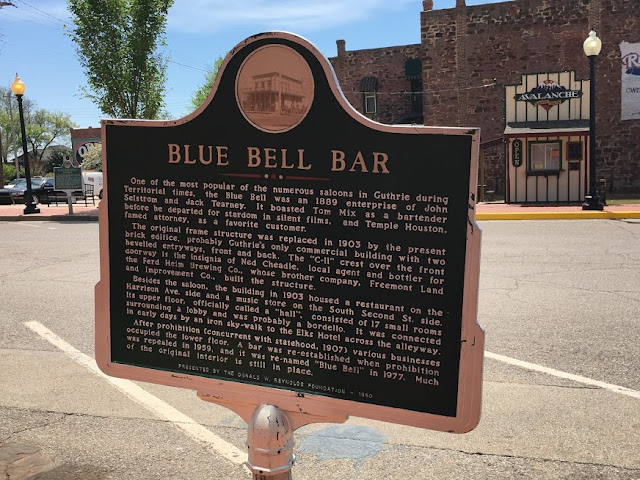 Guthrie has historical markers outside many buildings, including this bar. Future silent film star Tom Mix supposedly tended bar here before leaving for fame in Hollywood. Unfortunately, the place is not in business at the moment but the interior that we could see from outside was impressive. 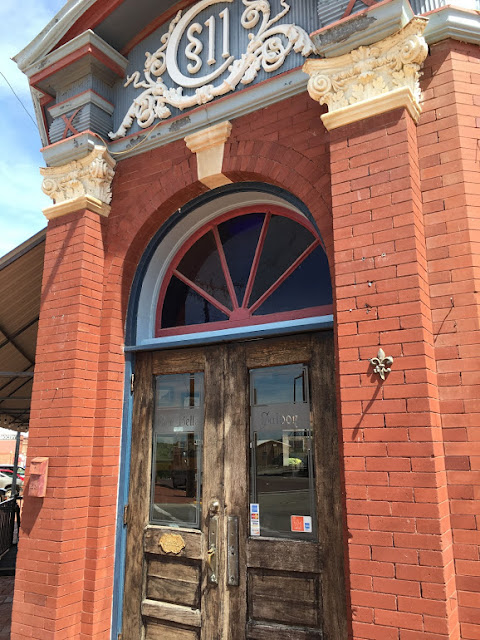 Here's the entrance to the Blue Bell. 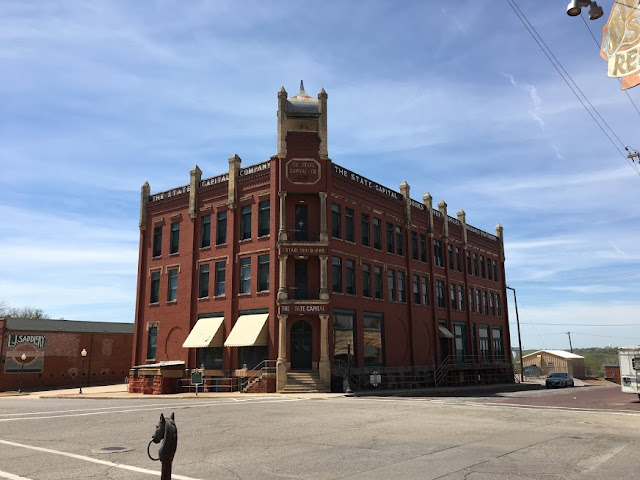 Guthrie has LOTS of wonderful old buildings to explore! 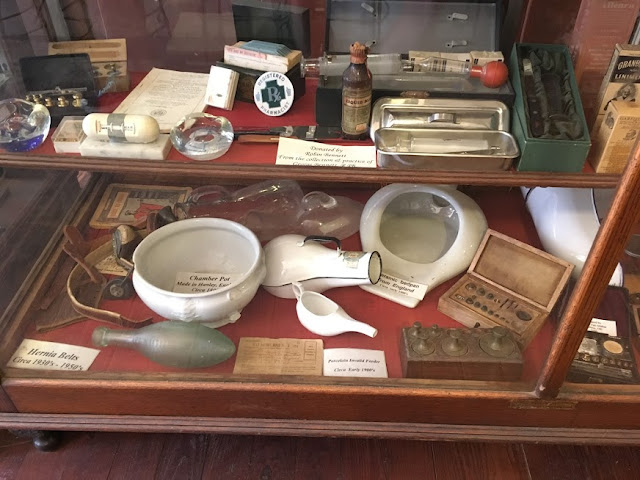 Our visit to Guthrie began in the Oklahoma Frontier Drugstore Museum where we found lots of fascinating stuff including this display. That's a ceramic chamber pot on the left; the odd looking one on the right is a bedpan from England. Once upon a time in my days as an Auburn University student I came across a bedpan just like that, which until it disintegrated Dianne used as a flower pot on our deck.

Another Alabama related item popped up as Dianne and I were heading home. Somewhere in the rural flatness of Oklahoma along I-70 we passed a giant billboard that read, "Alabama! Robert Trent Jones Golf Trail."

So for now we bring to an end this latest episode of "Finding Alabama in Oklahoma." Before we left on this trip, daughter Becca asked us to bring some Alabama-related items they can't find in Oklahoma: Good People beer, Conecuh sausage, and boiled peanuts! We were happy to oblige.

Until next time....
Posted by AlabamaYesterdays at 11:46 AM