Born in Washington, D.C., John Philip Sousa [1854-1932] was a composer and conductor very popular in his day and remembered now for his patriotic marches, such as "The Stars and Stripes Forever" and "Semper Fidelis". He was also a great trap shooter and inducted into the Trapshooting Hall of Fame. Those two interests were on display during a visit he made to Birmingham in 1924.

You can read more below the photographs that follow. Sousa looks similar in age in both photos, although the date is known for only one of them. 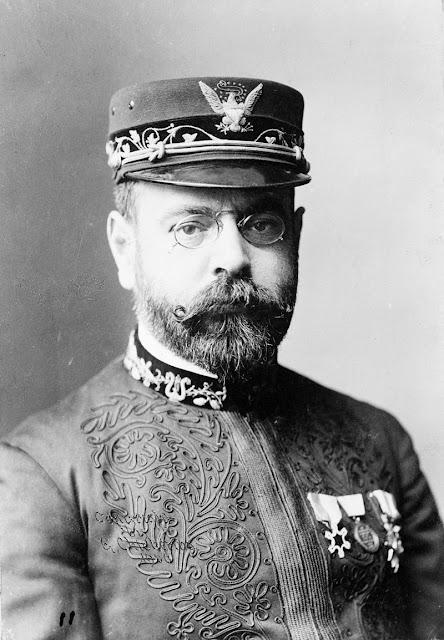 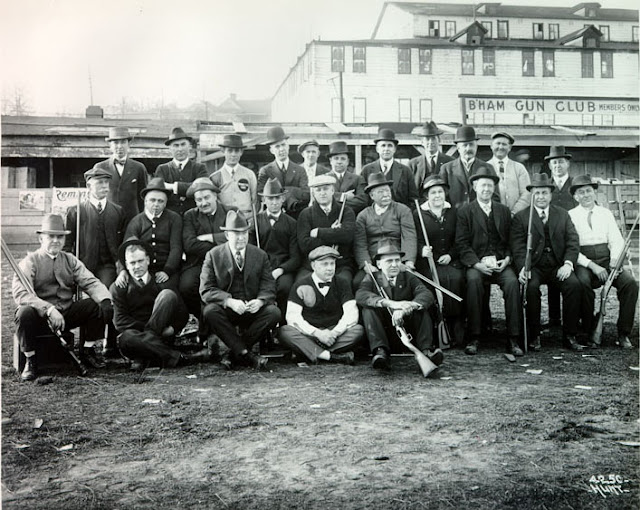 The Birmingham Gun Club had a large facility at the Fairgrounds Park. Sousa is seated fifth from the right with Mrs. O.L. Garl next to him in the middle row. "She was a fine trap shot," notes the photo description here. You can see some 1916 shooting results for Mr. and Mrs. Garl here.

Also included in the photo are H.C. Ryding, later president of the Tennessee Coal, Iron and Railroad Company, and Carlton Molesworth, manager of the Birmingham Barons from 1908 until 1922. Robert Henry Baugh was also in the middle row, second on the right. 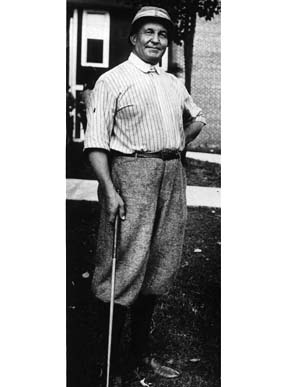 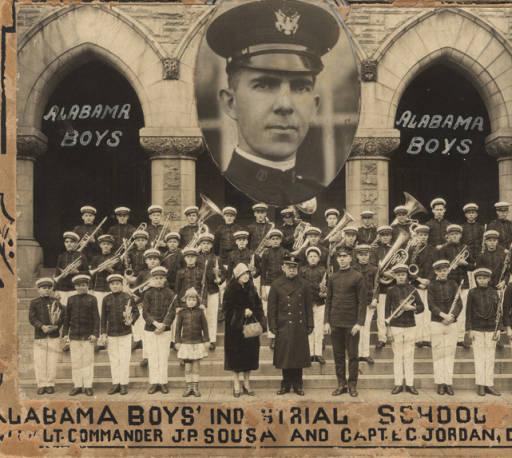 On February 18, 1924, this photograph was taken in front of the Cathedral Church of the Advent at the corner of 6th Avenue North and 20th Street North in Birmingham. Front and center is John Philip Sousa; to his left is Eugene C. Jordan, leader of the band standing around them. Could the woman be Sousa's wife Jane? She lived until 1944.

The young boys surrounding them are members of the band of the Alabama Boys Industrial School, a reformatory chartered in February 1899 and located in the Roebuck area of Birmingham. The facility still exists; in 1975 it became the Vacca Campus of the Alabama Department of Youth Services. Who is the young girl dressed in a similar uniform?

Posted by AlabamaYesterdays at 8:49 AM