The first two photos below feature a happy baby--me--on a sidewalk in front of a house in Gadsden sometime in 1952 or 1953. I was born in March 1952, so these might have been taken that fall or even a warm Alabama winter day.

I showed these photos to brother Richard recently, and he wondered about the "Taylor-Tot" name on the stroller. I thought, "Ha! There's a blog post in that...." So here we are.

The Francis F. Taylor Company was founded in the Cincinnati, Ohio, area in 1921, and seems to have been incorporated in that state in December 1924. The firm moved to Frankfurt, Kentucky, in 1964; I have so far been unable to determine what happened after that date.

In addition to strollers, the company made tricycles, doll carriages, wagons and bicycles. A stroller patent was granted in 1931. The Smithsonian Museum of American History has a catalog and price list in its collection. Based on comments here, the stroller was apparently very popular. Several can be found for sale on eBay, Etsy, etc.

And now we have evidence of an early 1950's sighting in Alabama. 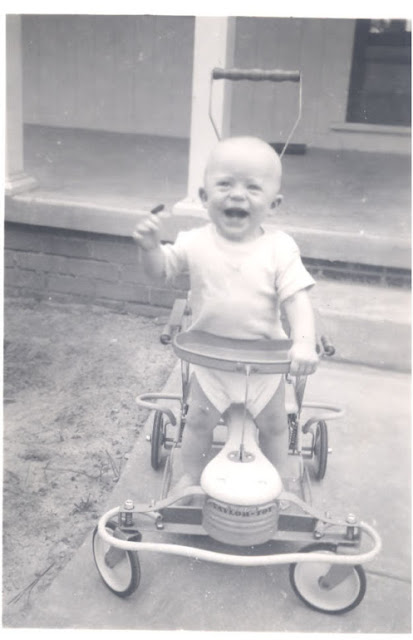 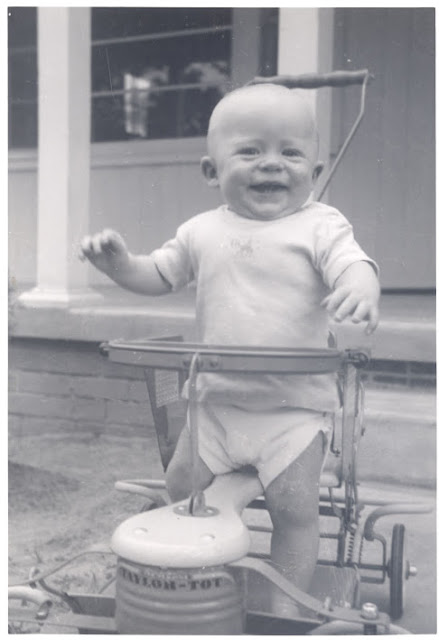 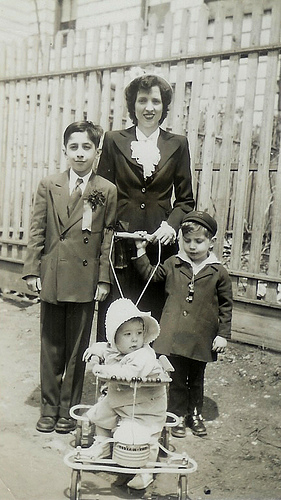 Here's another photo of a Taylor-Tot in the early 1950's. 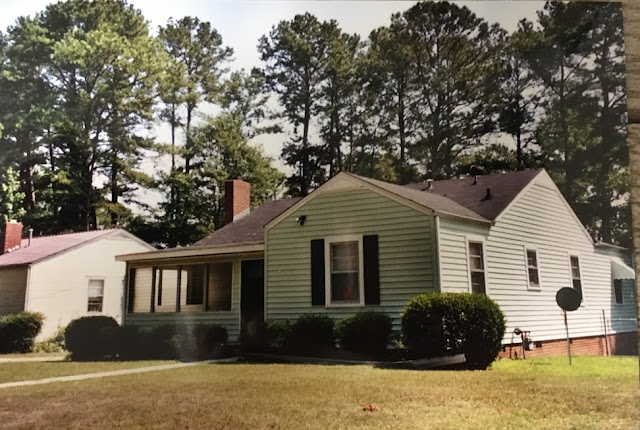 The house mom and dad were renting in Gadsden when the above photos were taken looked like this in 2012.

Posted by AlabamaYesterdays at 10:23 AM