For some years now I've been seeing a family doctor at the UAB Family Medicine practice on 20th Street near Five Points South in the Community Health Services building. On recent visits I actually took note of the plaque below and wondered about Dr. Woolf. Let's investigate.


The Department of Family and Community Medicine was established at UAB in 1975. The May 22, 1981, issue of the UAB Reporter noted the dedication on May 17 of the Family Practice Center in Dr. Woolf's name. The building is not named after him, just the FPC. Got that? Universities do things that way...

So, who was Dr. Woolf and what was his connection to UAB? The UAB Reporter article explained only that he was a doctor in rural Alabama.

I did some research at Ancestry.com and elsewhere, but also found him included in an obscure reference book I have, Frank L. Grove's Library of Alabama Lives [1961]. Here's the entry:

"Woolf, Joseph Henry, physician, 403 Riddle Avenue, Piedmont. Born on April 29, 1901, in Calhoun County, at Piedmont, Alabama, he is the son of John P. and Nell (Kiernan) Woolf. Dr. Woolf attended Auburn University; University of Alabama; Tulane University, and the University of Illinois, earning the M.D. degree from the last named. On July 31, 1930, he married Maye Chew of Macon, Georgia. Dr. Woolf served his internship at Hillman Hospital, Birmingham, spending the following year at Union Memorial Hospital in Baltimore, Maryland. He began his practice of medicine in Piedmont in 1929, and is still thusly engaged. He served as the first Chief-of-Staff of the Piedmont Hospital which opened in June of 1957, and is presently a member of that Staff. Dr. Woolf holds the following professional memberships: American and Southern Medical Associations, Calhoun County Medical Society, Association of Southern Railway Surgeons, and State Medical Association. Politically, he is a Democrat; and his religious affiliation is Catholic. Reading is Dr. Woolf's recreation."

This material neatly sums up Dr. Woolf's life until the time of publication in 1961. Via Ancestry.com I found his  February 1942 registration for the draft in World War II. That document tells us he was 6'1" tall at the time, weighed 158 pounds and had hazel eyes and black hair. I have been unable to locate a photograph. He died on November 23, 1967.

Going by the biographical entry above, Dr. Woolf did his internship at Hillman Hospital probably in 1927. As noted below, the hospital is now part of the UAB Medical Center, and seems to be Dr. Woolf's only connection with UAB. Anyone with further specifics please tell us in the comments section.

Additional notes are below some of the photographs.


UPDATE October 27, 2018: In the summer of 2018 the UAB Family & Community Medicine Clinic moved to UAB Highlands Hospital on the other side of campus. The Clinic opened in its new location on July 31. What has happened to the Woolf facility name and this building on Southside is currently unknown. 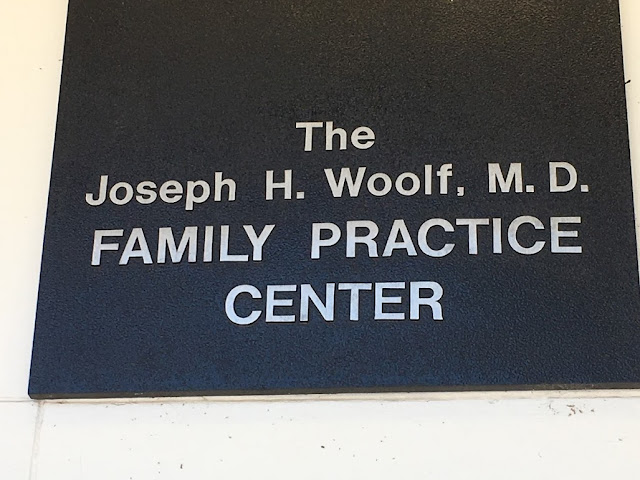 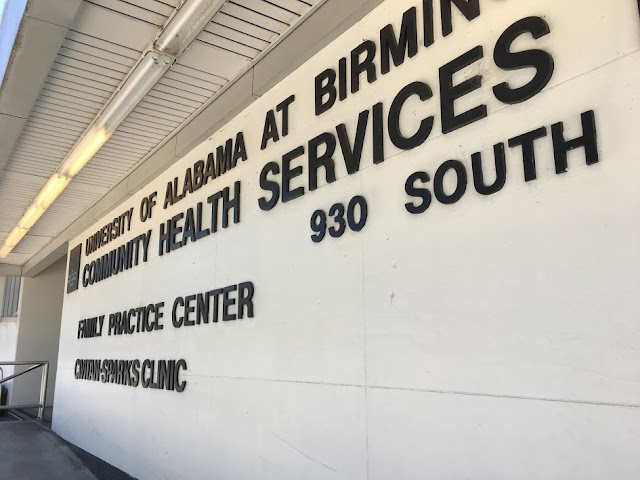 Here's the view from inside the building lobby looking out at 20th Street. 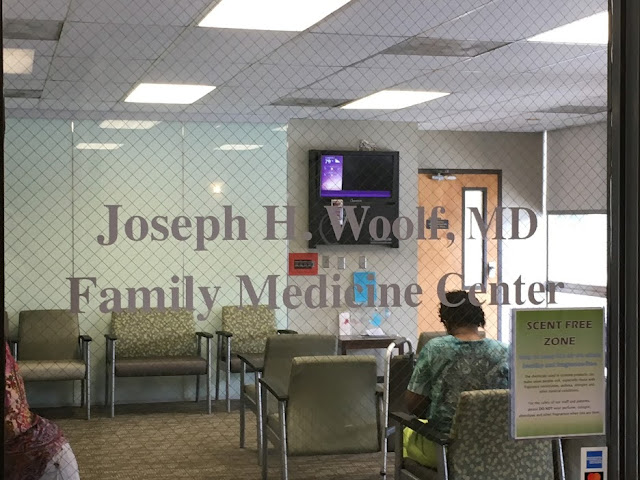 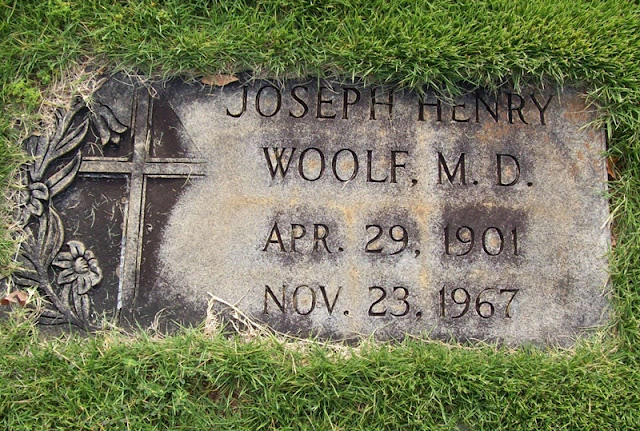 Dr. Woolf is buried in Highland Cemetery in Piedmont.

Piedmont Hospital in 2017; the facility closed in the 1990's. There was some hope in 2012 of turning it into an adult day care facility, but that plan never materialized. In June 2017 a local doctor purchased the site for a future primary and urgent care clinic. 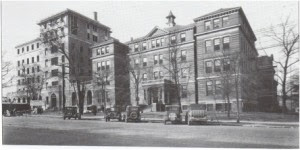 The Hillman Hospital complex, ca. 1929. The original structure on the right was erected in 1902 and the annex, in the middle, was added in 1913. On the left is the 1928 addition, or “new” Hillman. The buildings today are part of the UAB Medical Center.