From a Colorado Prison Riot to St. Bernard College

His obituary in the New York Times in 1971 began this way:

Frederick O'Neill was born in Manchester, Ohio, on February 24, 1887. He joined the Order of St. Benedict in 1907 and was ordained a priest in 1915. In 1929 he was at the Holy Cross Abbey in Canon City and ministered at the prison. On October 3, while he was there, a prison uprising began, and guards were taken prisoner.

In order to end the standoff, O'Neill placed dynamite charges--twice-- against the wall of the building where the prisoners & captured guards were located. In 1932 he received a Badge of Honor from the Carnegie Hero Fund Commission for his bravery. You can read the details of his incredible efforts here. A detail account of the prison riot is here.

Author Melanie Patterson, in her book Cullman: Images of Ameria [Arcadia, 2013, p. 45], notes that Fr. Patrick O'Neill, OSB wrote a film based on his experience in the Colorado prison riot that premiered at the Cullman Theater in October 1939. The book includes a photo of the theater.

That film is apparently Mutiny in the Big House, released in 1939 and starring Charles Bickford as "Father Joe Collins." You can view the film at the Internet Archive. The entry at the Internet Movie Database makes no mention of Patrick O'Neill. However, the entry at Turner Classic Movies notes that a review in Variety at the time of release does explain that the film is based on the O'Neill/Canon City story. That entry also gives some interesting details about the film.

How the story that O'Neill wrote the script and the film "premiered" in Cullman is something of a puzzle. Perhaps O'Neill did write something, but was not given credit on the final product--a common occurrence in Hollywood. And perhaps the film was shown at the Cullman Theatre during its initial release. 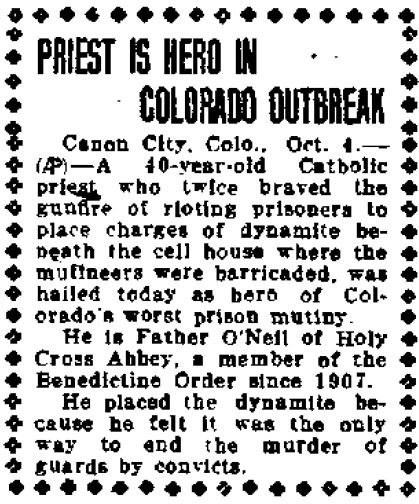 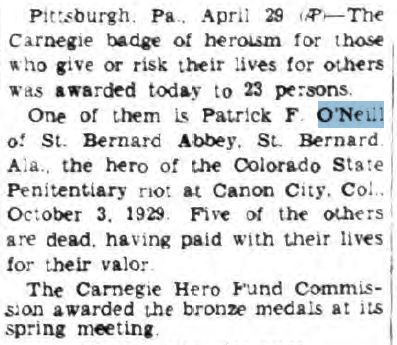 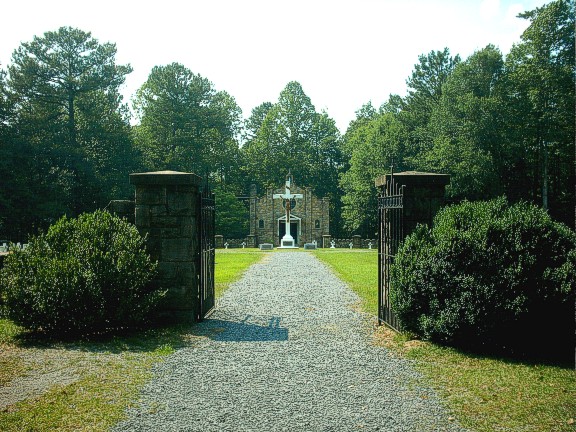 Entrance to the Saint Bernard Abbey Cemetery where O'Neill is buried. 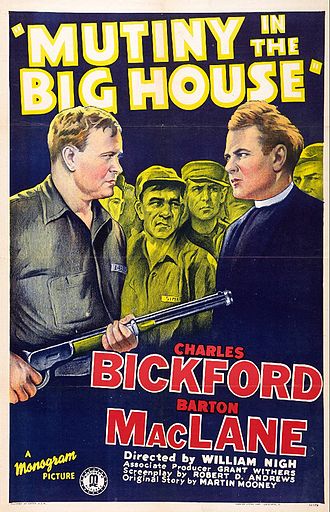 Posted by AlabamaYesterdays at 6:01 AM