Back in the day I participated in both Cub Scouts and Boy Scouts. In the Cubs I was a member of Pack 301, Den 7 in Huntsville. Mom was the Den Mother.

I guess at some point one of our projects was to create a "Log Book" about our lives, and mom has preserved it in all its glory. I discuss much of it below. 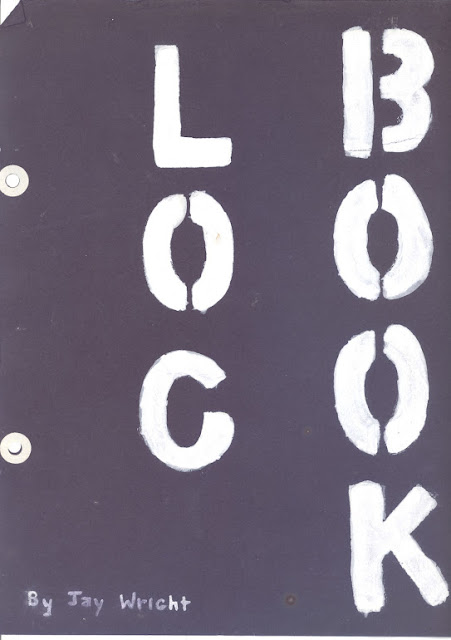 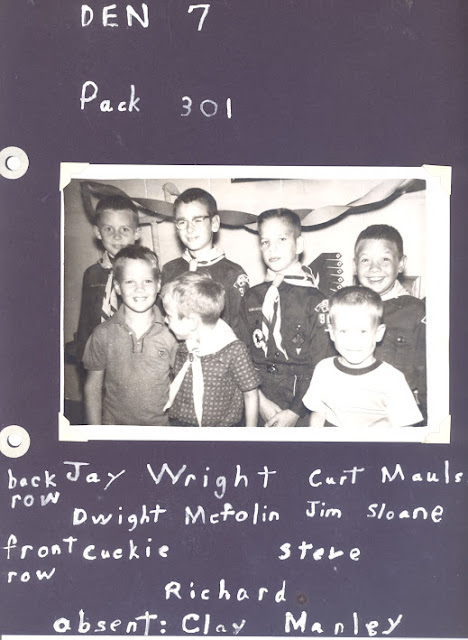 Here's the gang at what looks like some function. I'm in the back row left; younger brother Richard is front row right. 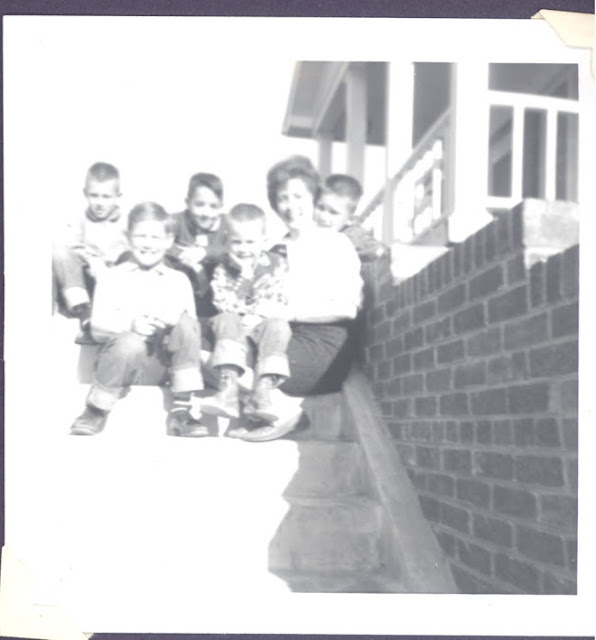 I must have taken this photo; that's mom and younger brother Richard in the front. Those are the front steps from the driveway up to the porch of our house on Lakeview Drive in Huntsville. 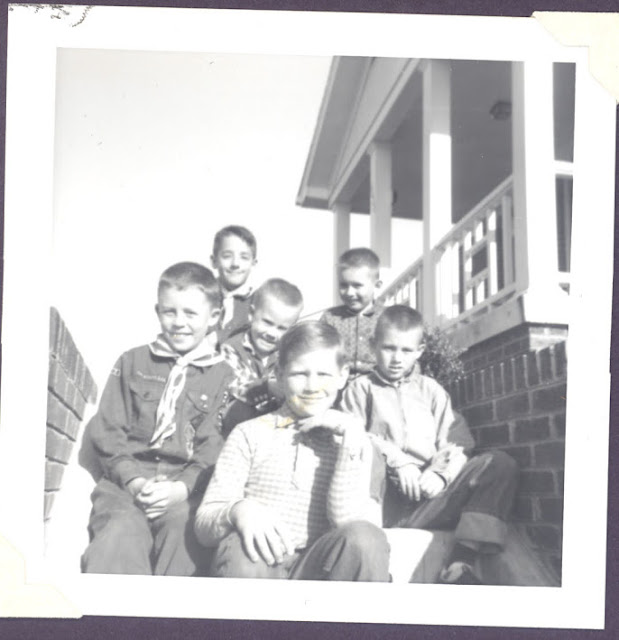 Same location, with me in the photo on the front left. Since mom was the den mother, I guess I had to always show up in uniform. 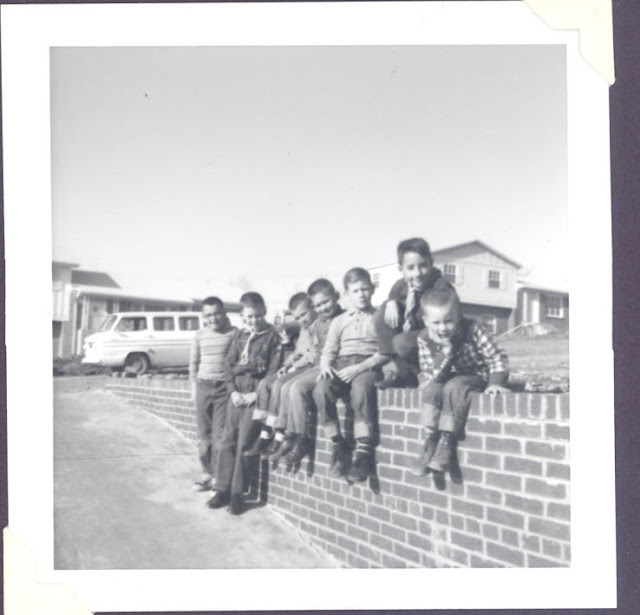 Another group photo, this time on the wall along the driveway. Richard is in the front relaxing, I'm second from the rear.

This entry documents a family visit to the Museum of Natural History in Anniston. I have since learned the difference between "to" and "two". 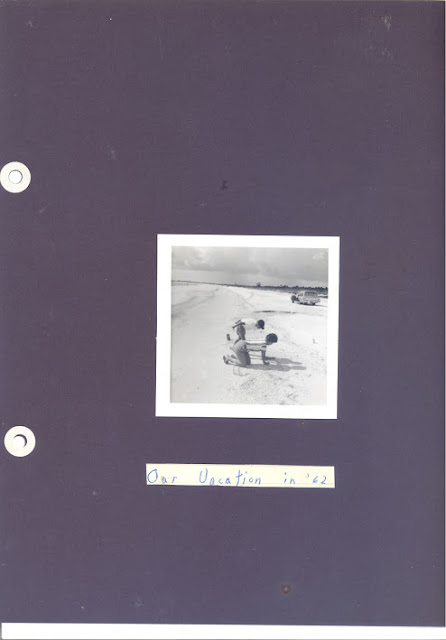 We took annual vacations to Florida in the summer, and this one is probably at Seagrove Beach. We went there for several years before changing to Naples. 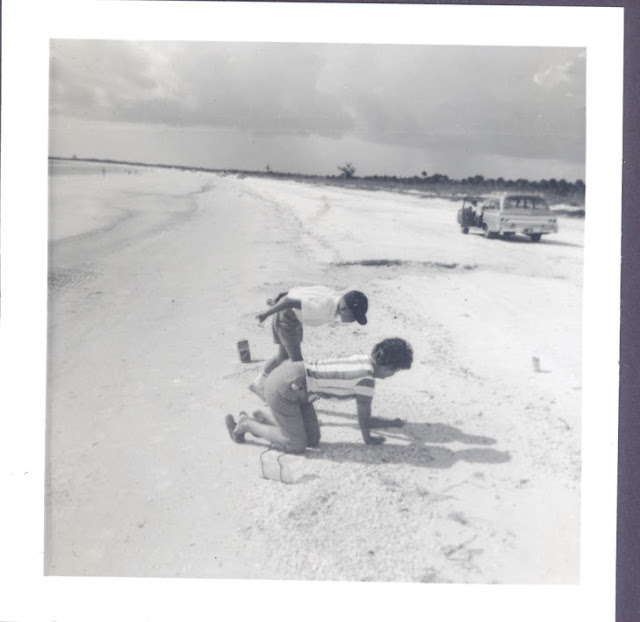 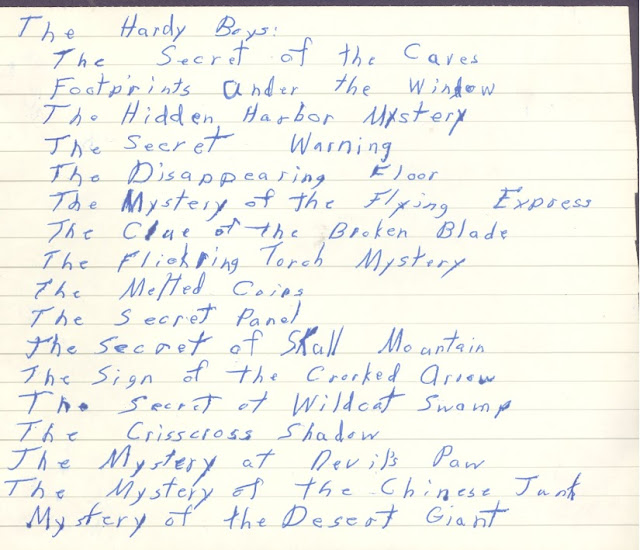 I was a big Hardy Boys fan at this time and read all the available books. I think most of the ones I read were the original versions published between 1927 and 1959, before revisions began. The Hardy Boys series ended in 2005 after 190 volumes, although there has been a subsequent "reboot". 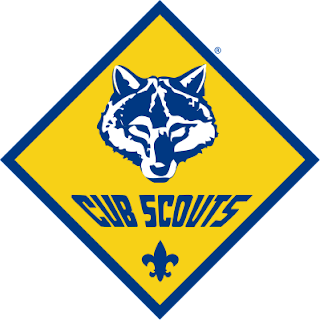 Posted by AlabamaYesterdays at 10:10 AM