"When that Midnight Choo-Choo Leaves for Alabam'"

This song and the 78 RPM recording featured here involve two of the best known figures in America popular music in the 20th century, Irving Berlin and Tommy Dorsey. Let's investigate.

Irving Berlin was born into the Russia of the Tsars in 1888; by the age of five he arrived in the United States. He published his first song in 1907; his first big hit was "Alexander's Ragtime Band" in 1911. For the next six decades this Russian immigrant would contribute some 1500 songs to the Great American Songbook. He also wrote the scores for 20 Broadway productions and 15 Hollywood films.

His best known songs include "God Bless America", "White Christmas" and "There's No Business Like Show Business." Singers ranging from Frank Sinatra and Judy Garland to Martina McBride, Jerry Garcia, Bob Dylan and Lady Gaga have recorded his compositions. Berlin died in 1989. Composer Jerome Kern once declared that "Irving Berlin has no place in American music--he is American music."

Berlin wrote "When that Midnight Choo-Choo Leaves for Alabam'" in 1912. The song was one of several he wrote about the idealized South, a very popular topic in American culture in the late 19th and early 20th centuries. This topic was a popular one among Tin Pan Alley writers at the time. Some of Berlin's other titles in the genre include "Down in Chattanooga" (ca. 1912), "When It's Night Time in Dixie Land" (ca 1912) and "Florida by the Sea" (ca. 1922). I wonder if Berlin ever visited the South before he wrote these tunes.

Tommy Dorsey (1905-1956) was a very successful trombonist, composer, conductor and band leader during the Big Band era. Born in Pennsylvania, he was the younger brother of Jimmy Dorsey, who also achieved great success as a musician and big band leader. The two brothers collaborated in the Dorsey Brothers Band/Orchestra during the 1920's and 1930's.

By the mid thirties Tommy was striking out on his own. The song featured here was recorded in 1938 by Dorsey and his Clambake Seven, which was active from 1935 until 1956. The group often played Dixieland style tunes during performances of Dorsey's larger bands. The 10" 78 RPM is a Victor recording, #25821. The B side, "Everybody's Doing It", is also an Irving Berlin song.

Relevant photos etc are below. I've made a few comments below the sheet music cover. Finally, I've included the song's lyrics with its reference to "Alabama's new mown hay." 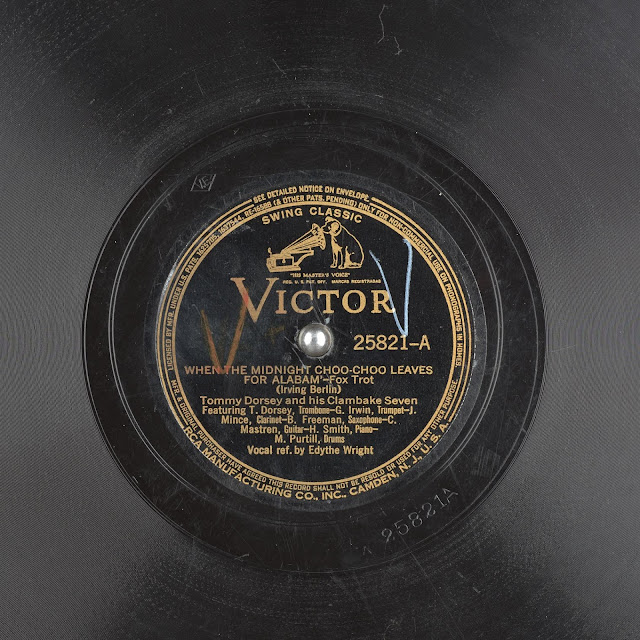 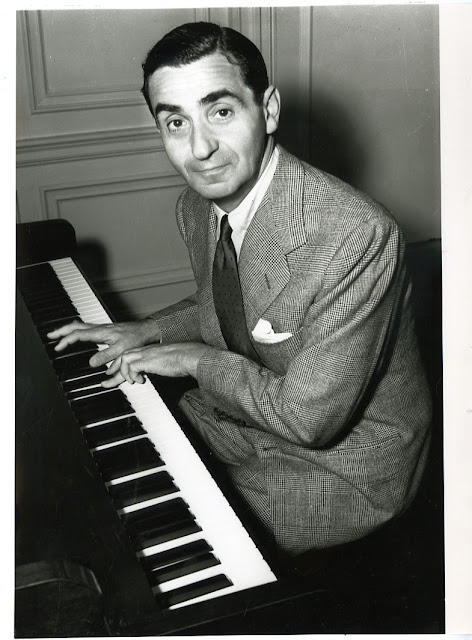 Irving Berlin at the piano 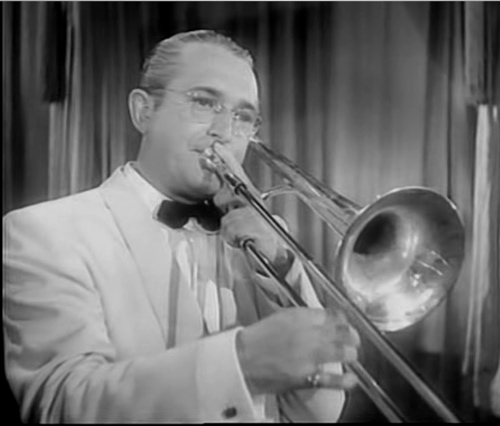 Tommy Dorsey with his instrument 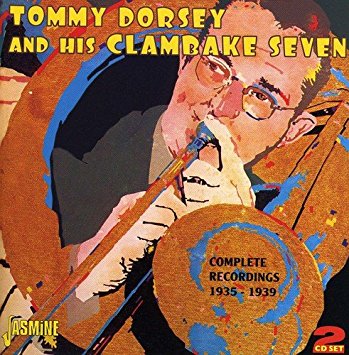 Our song is on Disc 2 of this three disc set. 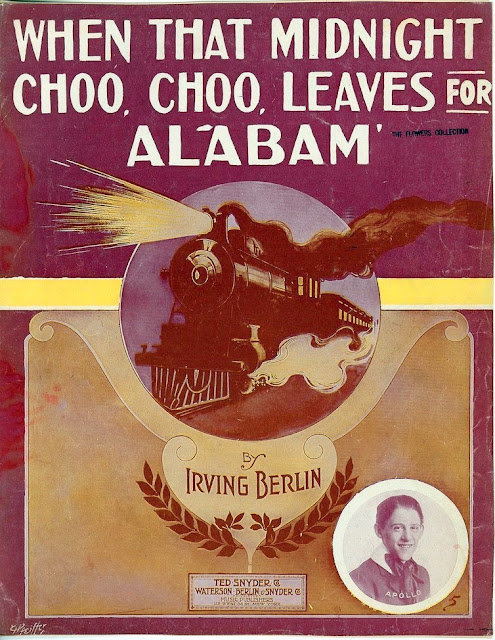 Ted Snyder (1881-1965) was a composer, lyricist and music publisher. He hired Berlin as a staff writer in 1909; they later became business partners. I have been unable to identify the young "Apollo" whose photograph adorns this cover. Perhaps he was a popular singer of the day who included this song in his performances.

When The Midnight Choo-Choo Leaves For Alabam'
I've had a mighty busy dayI've had to pack my things awayNow I'm going to give the landlord back his keyThe very keyThat opened up my dreary flatWhere many weary nights I satThinking of the folks down home who think of meYou can bet you'll find me singing happily[chorus:]When the midnight choo-choo leaves for Alabam'I'll be right thereI've got my fareWhen I see that rusty-haired conductor-manI'll grab him by the collar And I'll holler"Alabam'! Alabam'!"That's where you stop your trainThat brings me back againDown home where I'll remainWhere my honey-lamb amI will be right there with bellsWhen that old conductor yells"All aboard! All aboard!All aboard for Alabam'"[2nd verse:]The minute that I reach the placeI'm goin' to overfeed my face'Cause I haven't had a good meal since the day I went awayI'm goin' to kiss my Pa and MaA dozen times for ev'ry starShining over Alabama's new mown hayI'll be glad enough to throw myself away

Posted by AlabamaYesterdays at 9:53 AM