The Kildare Mansion in Huntsville

Last month brother Richard and I spent our standard July weekend together. As usual, we started on Friday with lunch at the Bright Star Restaurant in Bessemer and that afternoon took in the annual coin show at the Bessemer Civic Center. Then we did a backroads drive through parts of scenic Jefferson and Walker counties we had never seen before. We stopped in Jasper at the Oak Hill Cemetery where several ancestors are buried and drove by the Bankhead family mansion. Finally we ended up in Huntsville for a couple of days with mom. Saturday and Sunday afternoons were spent in a "memory tour" of the city taking in our previous residences, schools and so forth. Several blog posts will be coming on all of that.

Richard and I did the Sunday portion without mom, and near the end we came across something unexpected and previously unknown to us--the Kildare mansion, also known as the Kildare-McCormick House. Let's investigate.

This elaborate Queen Anne-style house was built on 72 acres in 1886-7 by Michael O'Shaugnessey, a businessman who had come to Huntsville from Nashville in 1881. He named the mansion "Kildare" after the county in Ireland where he was born.

In 1900 O'Shaugnessey sold the house to Virginia McCormick, the daughter of Cyrus McCormick, inventor of the mechanical reaper. McCormick and her companion/caretaker wintered in the house and became well-known for their local philanthropic efforts. McCormick moved out of the house in 1931, and the following year the family sold it and subdivided the acreage. In the decades following various owners have used the house as a hotel, boarding house, health spa, antique shop and brothel. James Reece bought Kildare in 1975 and began extensive renovations. The current owners bought the property in 2007.

A website devoted to the house notes that "Kildare has become the target of thrill seekers, gawkers, & vandals that have hindered the restoration effort. To curb the problems so that restoration could continue,  the current owners began construction of a privacy fence in October of 2013.  Before the final fence design was even revealed, the fence, which is proportional to the structure (the house is over 65' tall) came under fire from the city for being ugly, too tall, too weak, AND too strong.

"The current owners continue to endure car loads of juveniles (and sometimes adults) cruising around the house at all hours of the night on a regular basis. The goal of these thrill seekers is to elicit a response from the owners by honking horns, flashing lights, yelling obscenities, etc.  Of course many of the teens upload their crimes to YouTube hoping to garner fame for their efforts."
The Wikipedia entry linked in the first paragraph has an extensive description of the architecture of this 40-room, 17,000 square foot behemoth that was listed on the U.S. National Register of Historic Places in 1982. Perhaps one day Kildare will be open for tours of its magnificence. More information is here and here. 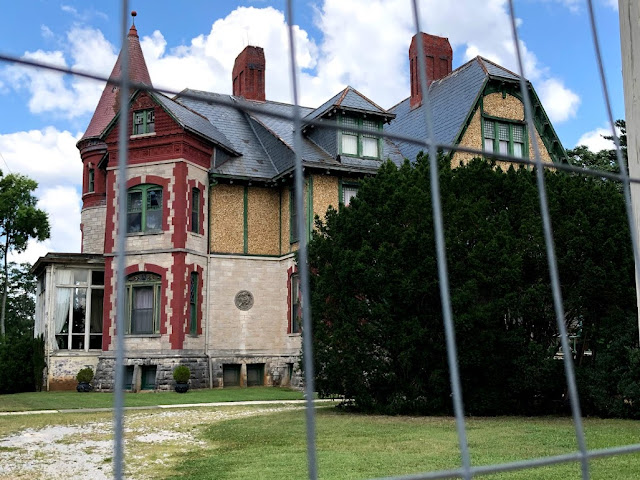 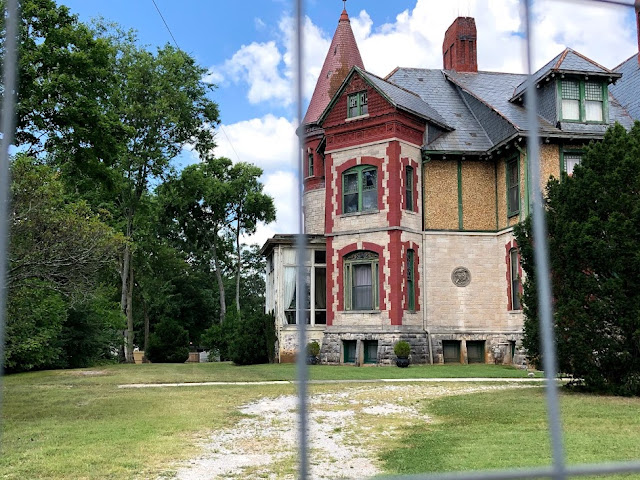 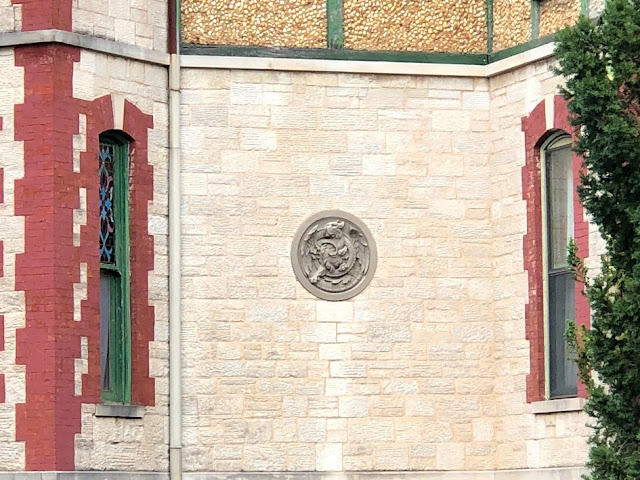 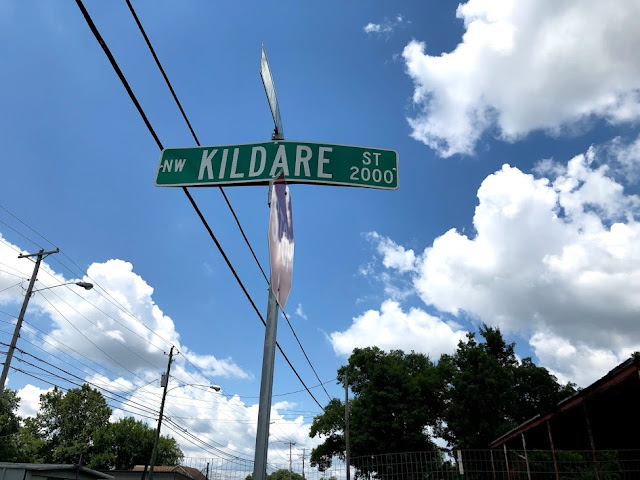 "A maypole dance at ""Kildare,"" the estate built by cottonseed oil tycoon, Michael O'Shaughnessy, off Meridian Street. In 1881, Michael and his brother, James F. O'Shaughnessy, used their great wealth to create the North Alabama Improvement Company and transform Huntsville's economy by funding many business projects such as the Dallas Mill and the Monte Sano Hotel."

Posted by AlabamaYesterdays at 11:49 AM