A Dictionary for Two Generations

English language dictionaries labelled "Webster's" have been around since Noah Webster published A Compendious Dictionary of the English Language in 1806. In 1828 he issued a massive two-volume American Dictionary of the English Language that included 70,000 words. By the third printing of the second edition in 1845, after Webster's death, brother publishers George and Charles Merriam  purchased rights to publish the reference work. The company eventually became known as Merriam-Webster. Since then endless editions and permutations of the dictionary have appeared.

One of the collections of family memorabilia at mom's house in Huntsville consists of some of dad's secondary and college textbooks. I've written before about one of those books, his high school Health Studies book. Also among the volumes is the item below, Webster's Elementary School Dictionary. This book actually has three family connections.

My paternal aunt Beulah Vee Wright was the first person to use the dictionary. I've written about her extensively here. She died of what was probably leukemia in December 1939 just after her eighteenth birthday. Then apparently my dad also used the book several years after his older sister. My name is also in the dictionary; I'm not sure what that was all about. I don't think I used it much.

More notes are below some of the photographs. 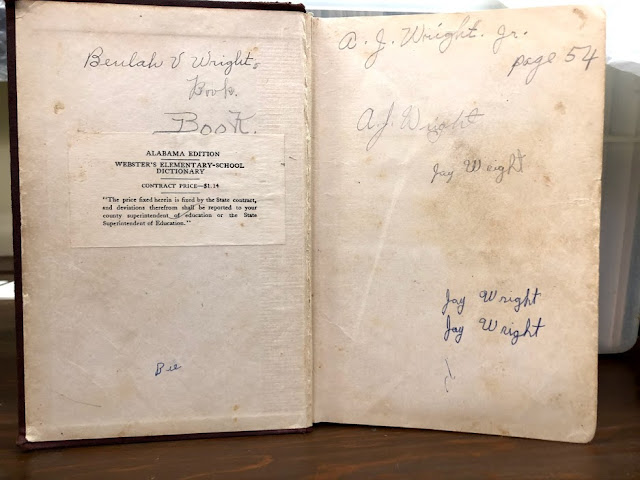 These dictionaries were purchased by the state for use in Alabama schools at a contracted cost of $1.14 each. I would expect they were supposed to be returned by students at the end of the school year, so who knows how it remained in the family. Perhaps the state allowed families to purchase it if desired.

See a photo below for more about that mysterious reference to "page 54" under my dad's name. 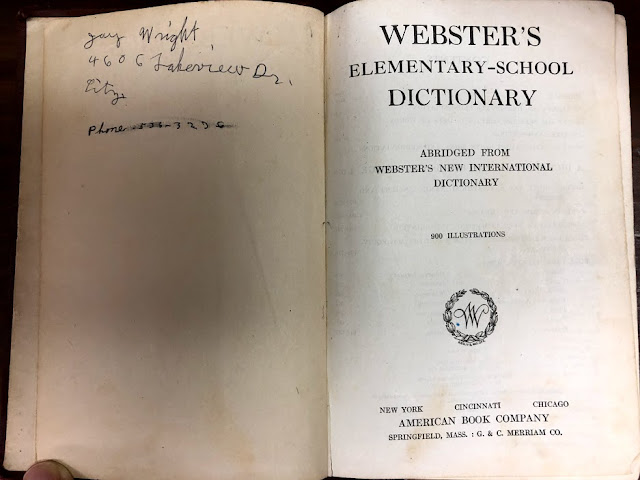 That's my name in the upper left, along with our address in Huntsville in the 1960's and early 1970's. I've done a blog post about some photos taken in that house here. A visit my younger brother Richard and I made to that old neighborhood is included in a blog post here.


On the back of this title page copyright dates of 1914 and 1925 are given, so I presume this edition appeared in 1925. The American Book Company was a textbook publisher formed in 1890 from the consolidation of several publishers. Beginning in the 1960's it passed through various owners until it was absorbed by D.C. Heath in the 1980's. Perhaps the company licensed rights to this particular dictionary from Merriam-Webster. 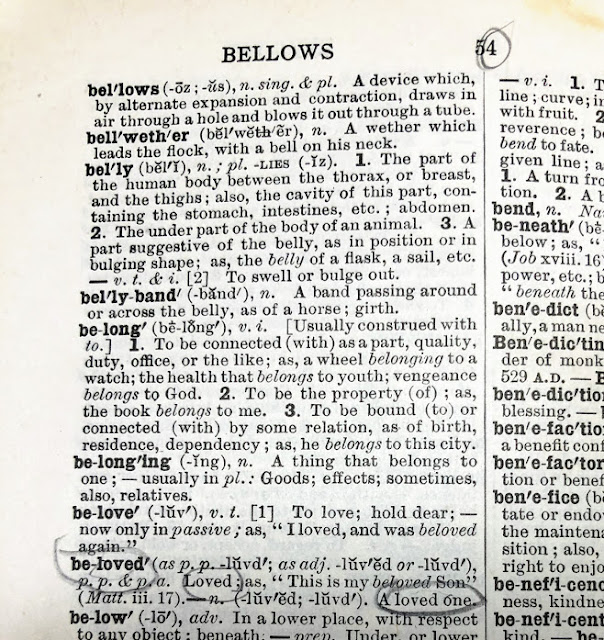 OK, here's the secret about "page 54" noted above. That reference appears under dad's name, so I presume he circled these words. Hmm, I wonder why... 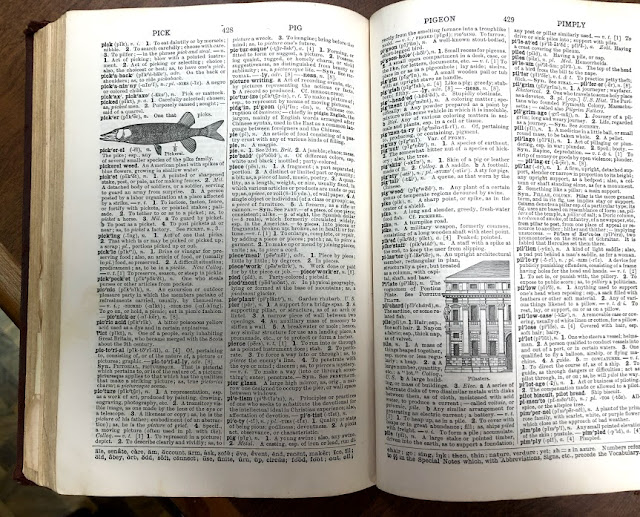 These sample pages show the neat little illustrations sprinkled throughout. 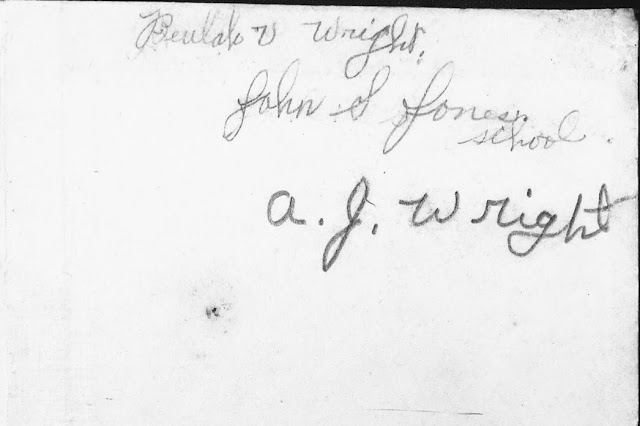 John S. Jones Elementary School still exists in Rainbow City, Alabama, although I would guess the building is not the same as the one Aunt Beluah Vee attended in the 1920's. My grandparents, aunt and dad lived on Rainbow Drive--what they always called "The Drive"--at that time.