My dad's older sister and thus my aunt Beulah Vee Wright has always been something of a mystery in the family. Born in Gadsden on November 2, 1921, she died soon after her eighteenth birthday on December 10, 1939. She had attended Etowah High School, graduating that spring despite a serious illness that had begun in March. She is buried in Forrest Cemetery in Gadsden with my grandfather Amos J. Wright, Sr., and grandmother, Rosa Mae Wright.

This event was a cataclysmic one in the family, especially for my grandmother. She never really got over it despite living until 1997. My grandparents' social life apparently changed drastically. My grandfather and father pretty much had to warn everyone not to bring up Beulah Vee's name; the memory must have been too painful. Unfortunately, I never brought the subject up with my father before he died; his memories of his sister would have been interesting to know, since he was 13 when she died.

Despite its effect on her and her desire not to talk about her daughter, my grandmother maintained something of a shrine to her. The furniture purchased for Beulah Vee's bedroom became the guest room furniture in a house where she never lived that my grandparents moved to in the late 1940's. My aunt's portrait shown below hung on the wall of that guest room. And then there was the cedar chest.

My grandmother saved clothes, documents, and various objects of her daughter's life and kept them in the cedar hope chest she and my grandfather had bought for her at some point. Some of those items will be explored in several posts to follow. The chest is stuffed with material--it is a time capsule that captures the life of a young and then a teenage girl in Gadsden, Alabama, in the 1920's and 1930's.

My daughter Becca is the only grandaughter on my father's side; there are also three grandsons. Her great-grandmother thus wanted her to have Beulah Vee's furniture and chest. The furniture has been kept in our house in Pelham since my grandmother died in 1997; the chest remained at my parents' house in Huntsville.

Recently Becca and her husband moved to Oklahoma, and they took all the furniture and the chest with them to fill a guest bedroom. In these posts I'll share our fascination with all this material and a young woman neither of us ever met.

In this post I want to introduce Beulah Vee using some family photographs. Most of them below have handwritten captions; they were written on the back by my father. 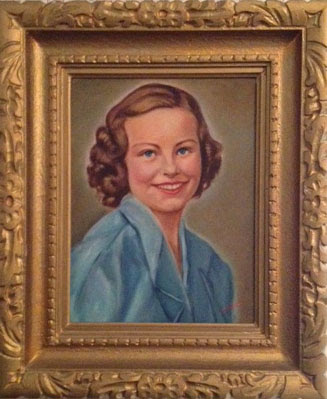 In the lower right corner of this oil portrait of my aunt is the artist's signature in red: "T. Takada". And therein lies a tale. Just after World War II my dad's cousin in the military, Lacy Wright, was stationed in Japan. He noticed a number of Japanese artists were painting portraits from photographs for a small fee. He wrote his aunt Rosa Mae Wright, Beulah Vee's mother, and told her he would have such a portrait done if she would send him a photograph. 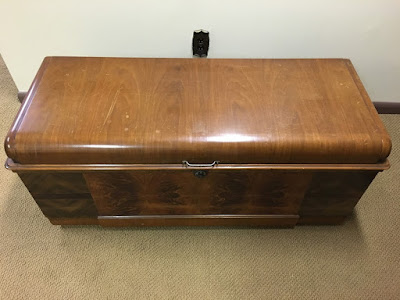 Here is the famous cedar chest. The contents will be explored in more posts in this series. 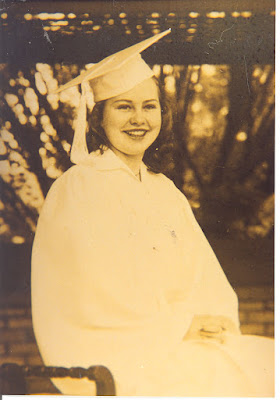 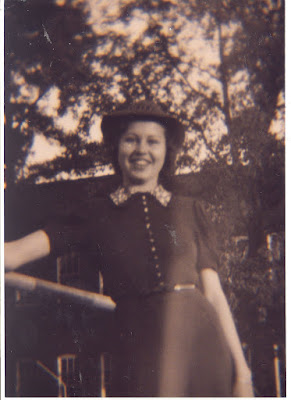 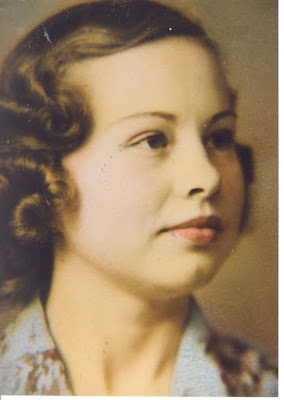 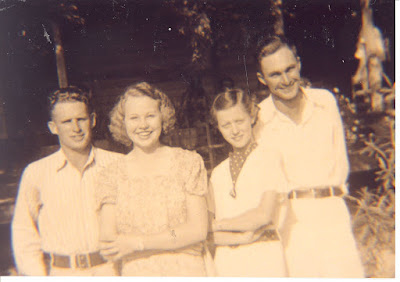 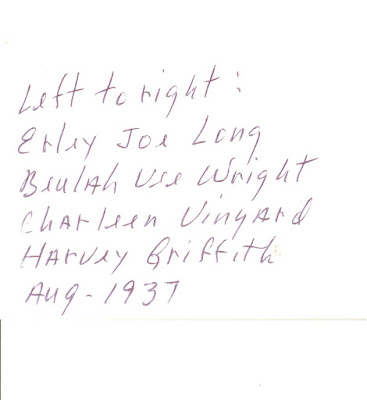 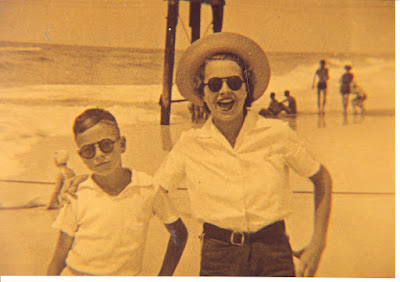 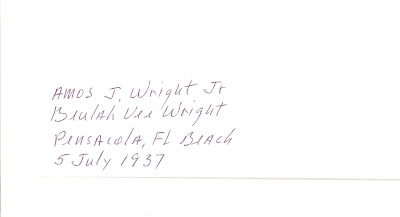 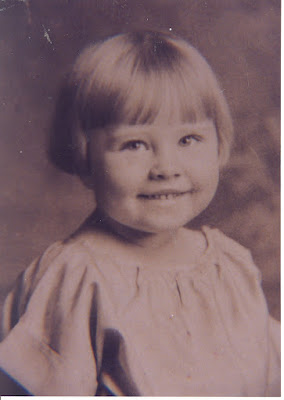 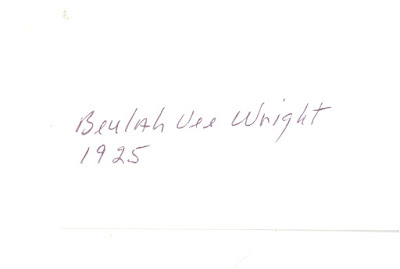 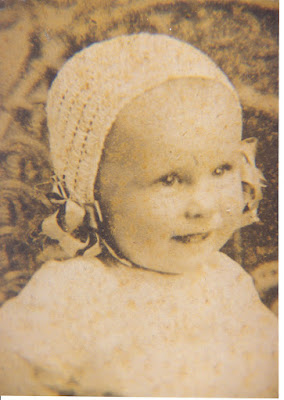 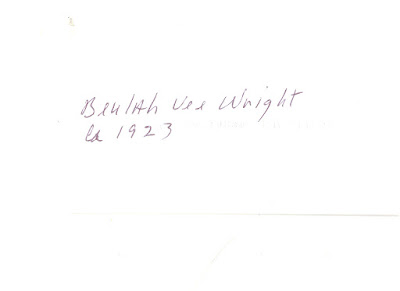 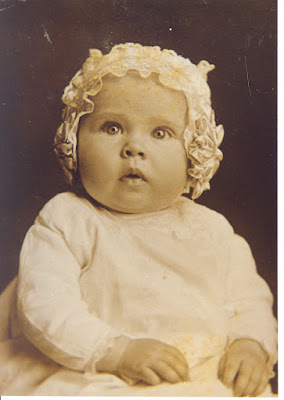 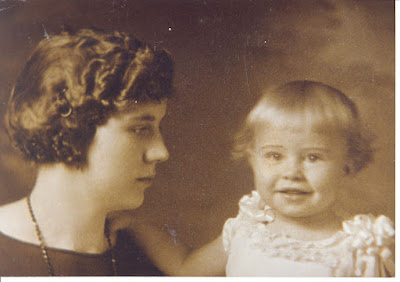 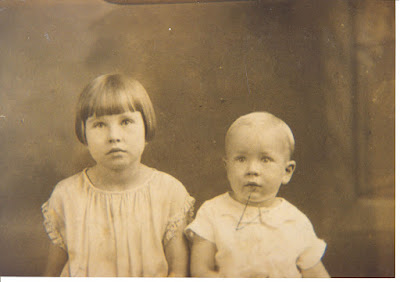 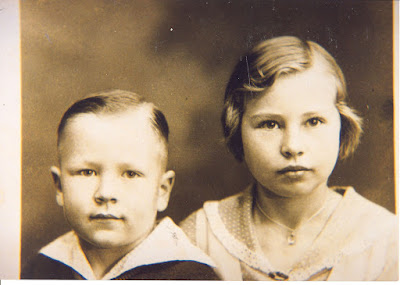 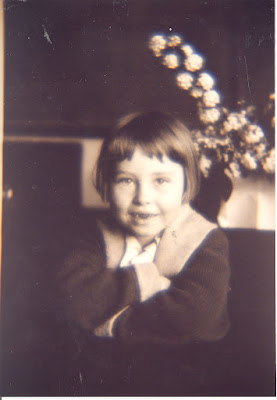 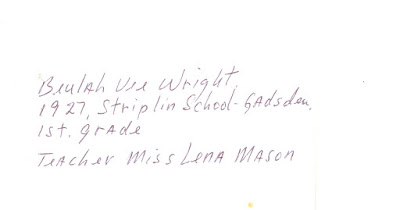 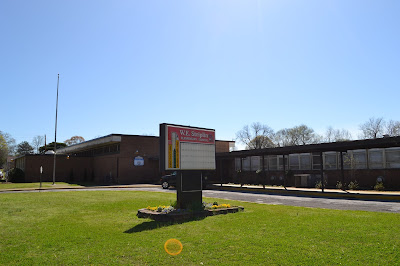 Posted by AlabamaYesterdays at 11:55 AM