Part 3 of this series can be found here, part 4 here and part 5 here. 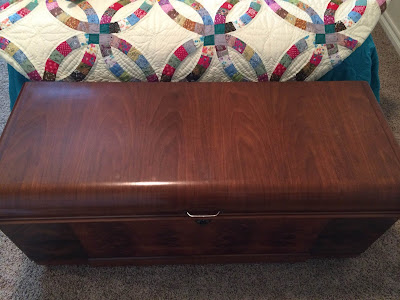 Here's the cedar chest resting in its current home in my daughter Becca Leon's house in Oklahoma. 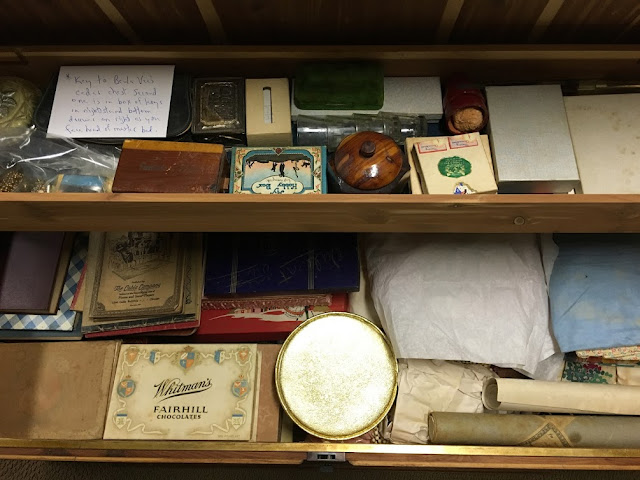 Open the chest and here's part of what you see. 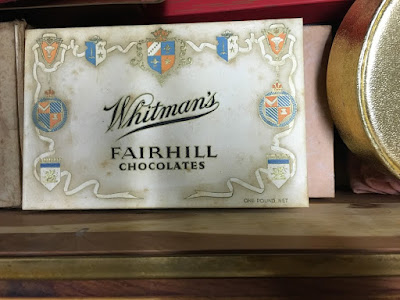 Whitman's chocolates have been around for a long time--since 1842. 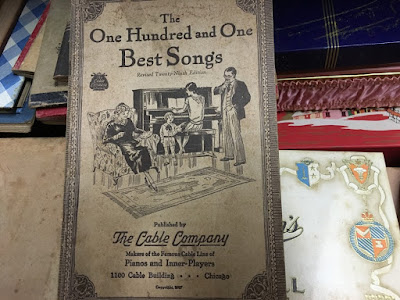 There are several song and music books in the chest. 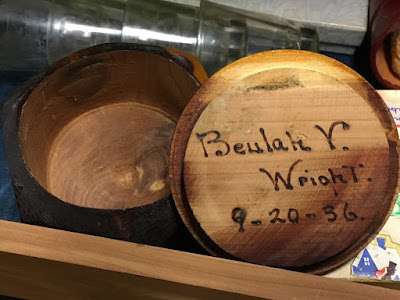 Lots of small, personal items are stored in the chest. 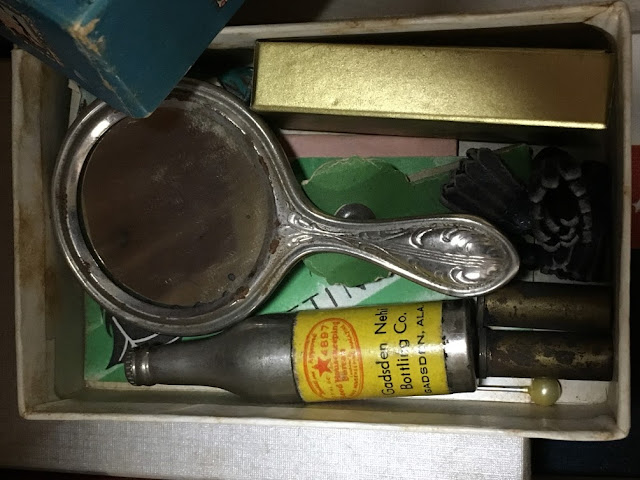 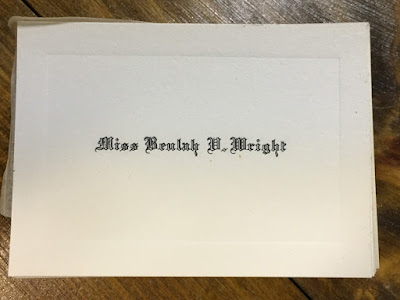 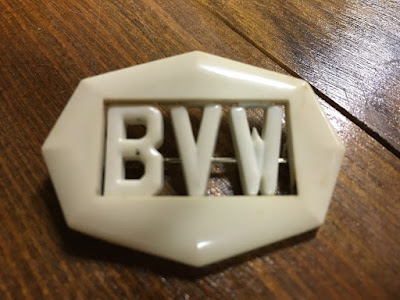 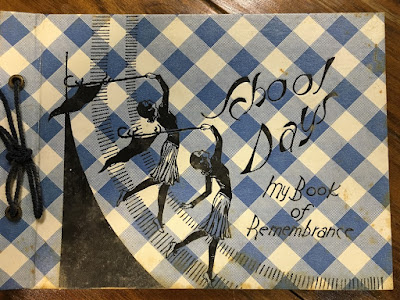 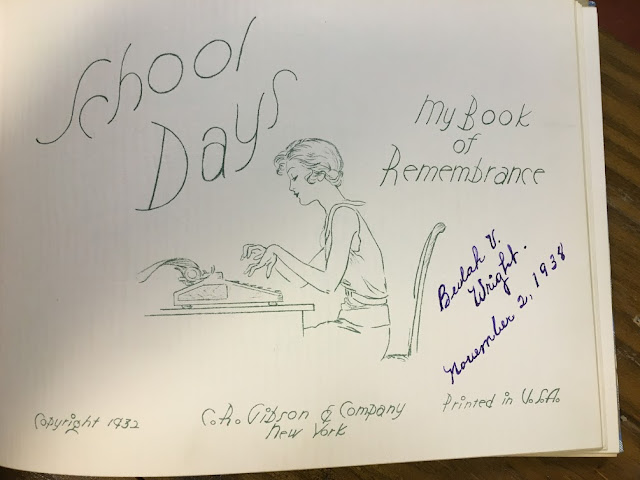 My aunt apparently received this memory book on her 17th birthday. On the pages below she's written her favorites in various categories. 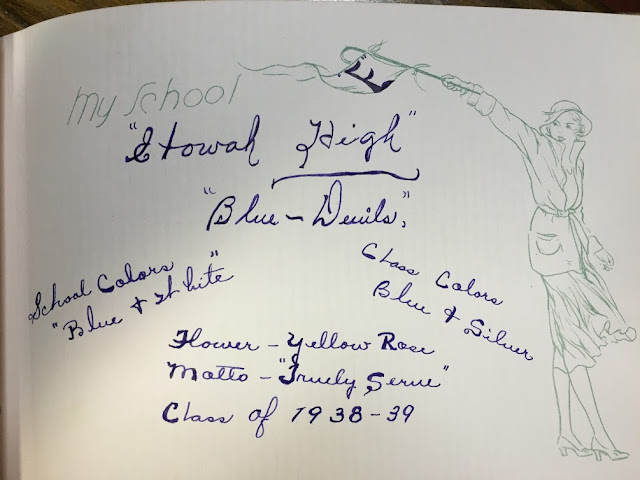 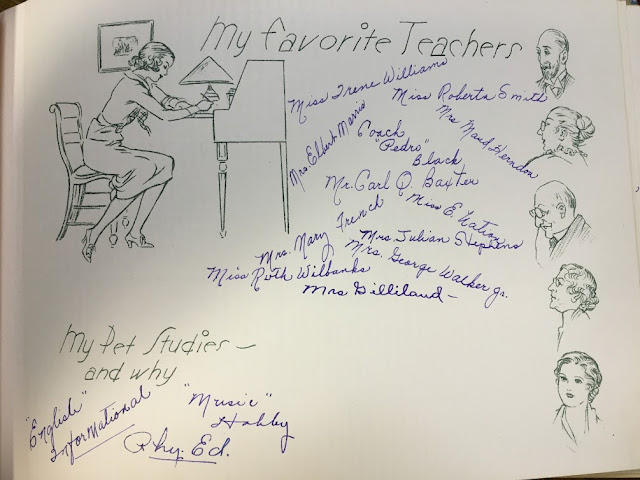 Interesting that she listed English as one of her "Pet Studies". As we'll see in a subsequent post, high school English was not her best subject. 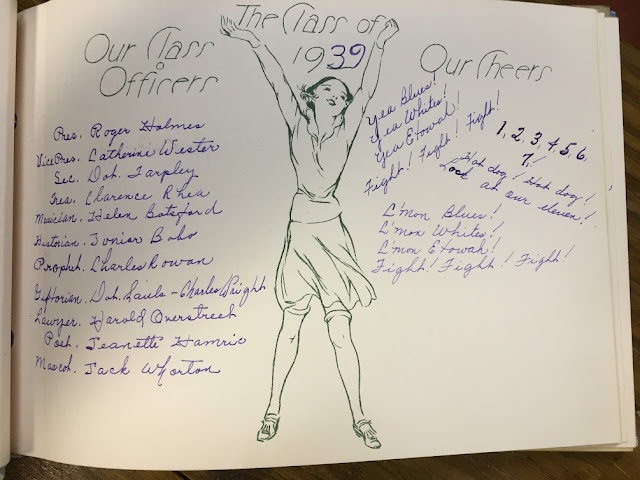 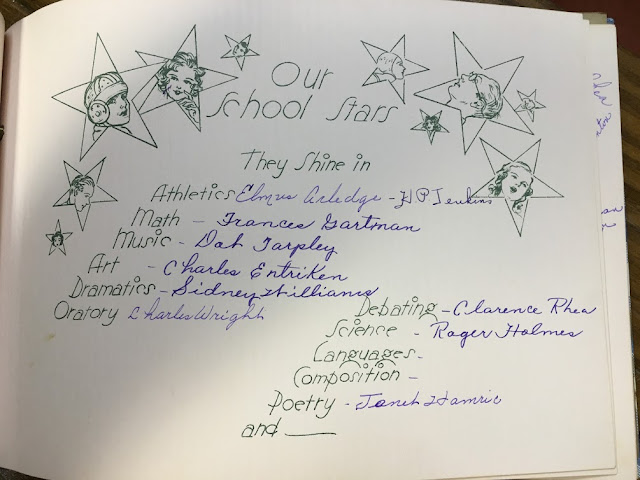 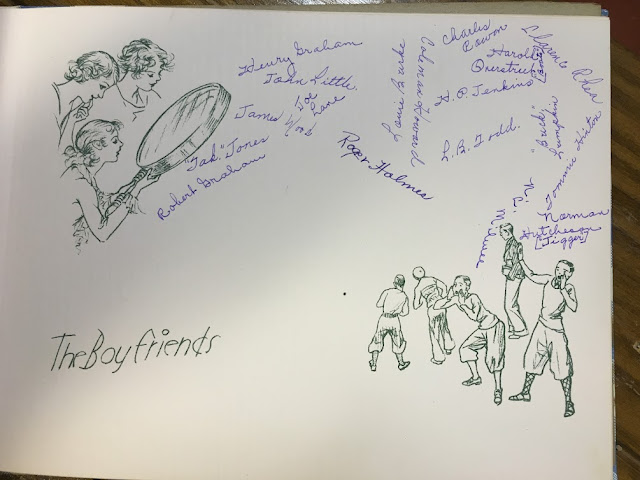 She apparently had her share of boyfriends! Note one of the names in the middle: Joe Lane. He will make an interesting appearance in another post. 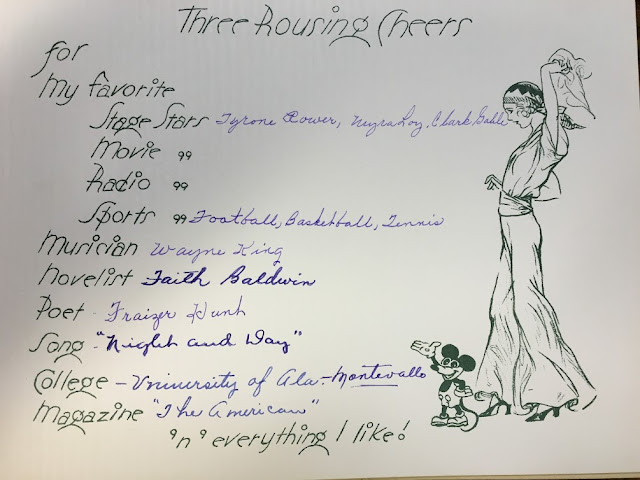 Beulah Vee seems to have been a fan of Tyrone Power, Clark Gable and Myrna Loy, all popular film actors of the 1930's. Faith Baldwin was a very prolific and popular novelist at the time. I presume "Night and Day" is the popular 1932 song by Cole Porter. Singer, songwriter and saxophonist Wayne King started his own orchestra in 1927. 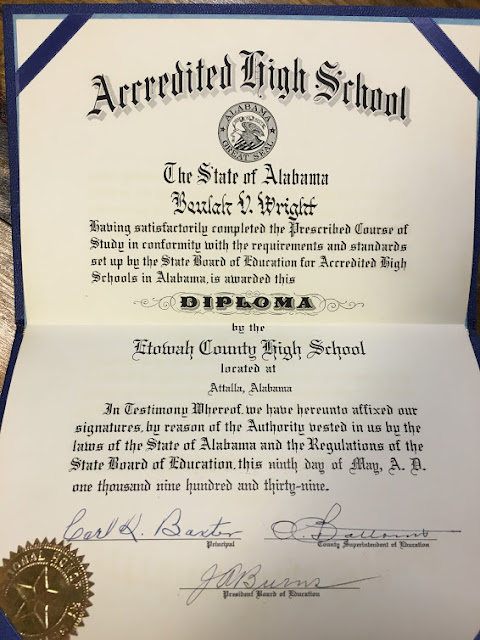 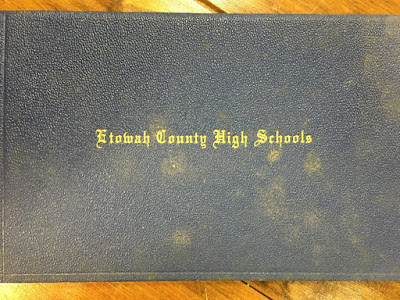 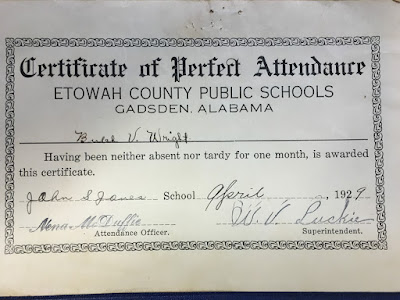 Here's one of many similar items my grandmother saved from Beulah Vee's school days.

Posted by AlabamaYesterdays at 6:54 AM